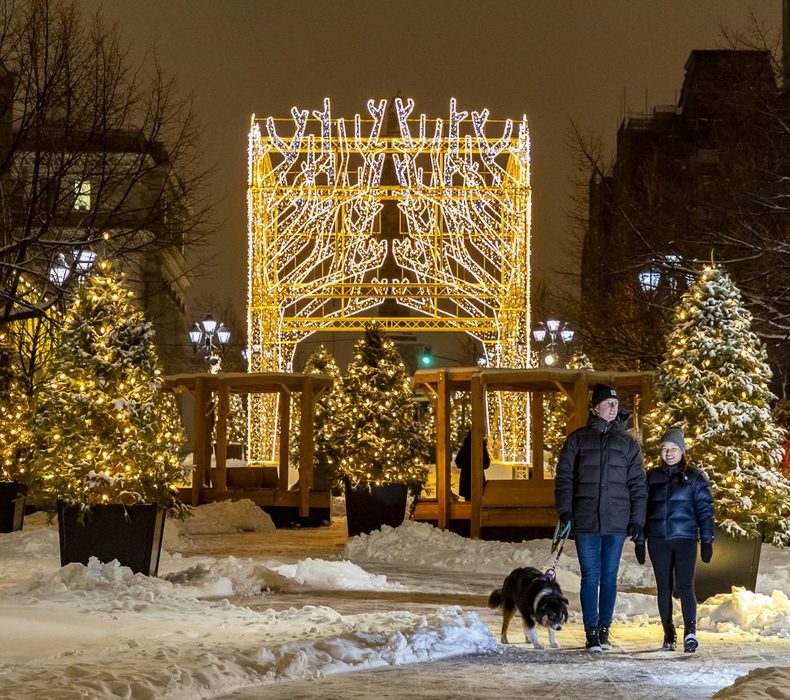 Montréal during the holidays is shiny and bright

Few cities sparkle like Montréal – it’s a true City of Lights all year round – but it shines particularly bright during the winter holiday season. And for 2021, the city glows with eye-popping illuminated installations and seasonal spectacles that light up the night skies.

NOTE: Government and public health authorities recently announced new sanitary measures to reduce the spread of COVID-19. We strongly recommend that you call or consult the websites of the businesses mentioned in this article before making plans. 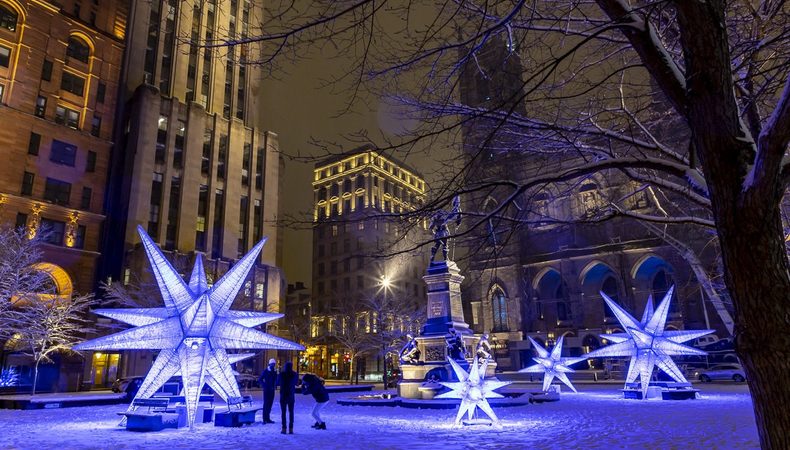 If you’re looking for a twinkling storybook winter wonderland, Old Montréal has got you covered. And over the past four years, the iconic quartier has focused on revitalizing its holiday lights, guaranteeing some unforgettable glowing nights of comfort and joy. The elegiac Cité Mémoire returns from its winter break from December 18 to January 2 and tells the story of some of Montréal’s most memorable past dwellers. Until January 9, entertaining exhibits and activities will take place at Château Ramezay to reconnect with old-fashioned holiday traditions. Neighbourhood shops go all out in decorating their entrances, lights hang over the streets and large stars over 20 feet tall shine in the Place d’Armes in front of the Notre-Dame Basilica. It’s the perfect backdrop for your next #mtlmoments selfie. 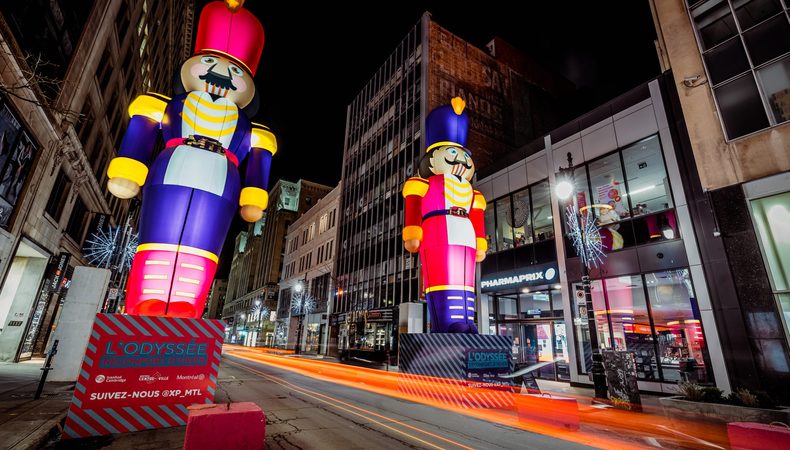 Montréal’s bustling shopping streets from from Ahuntsic to the Plateau-Mont-Royal, Outremont to Lachine are twinkle cozily with hanging lights and storefront decorations. And this year, massive Nutcrackers tower over Sainte-Catherine Street as shoppers make their way from boutique to flagship store as part of L'Odyssée, là où les contes et légendes prennent vie by the creative minds of XP_MTL. Did someone just say it looks like we’re in a holiday movie? 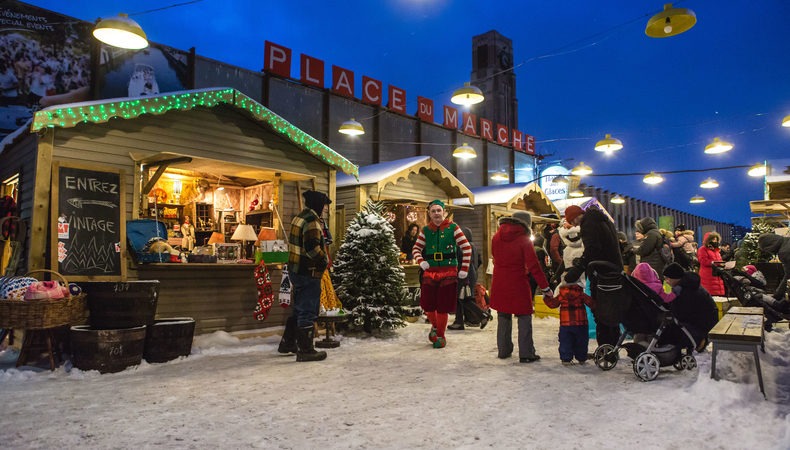 No joke, Montréal loves the holidays and every year the playgrounds and seasonal markets of Noël Montréal promise an unforgettable experience. Start with finding the perfect tree at the Marché de Noël de Jean-Talon (Christmas market) at the Jean-Talon Market, and pick up some decorations and warming cups of hot chocolate at the the Village de Noël (Christmas village) at the Atwater Market. Tasks done, explore the fun activities for the whole family in the Jardins d’hiver (winter gardens) in Place des Arts and the Quartier des Spectacles! 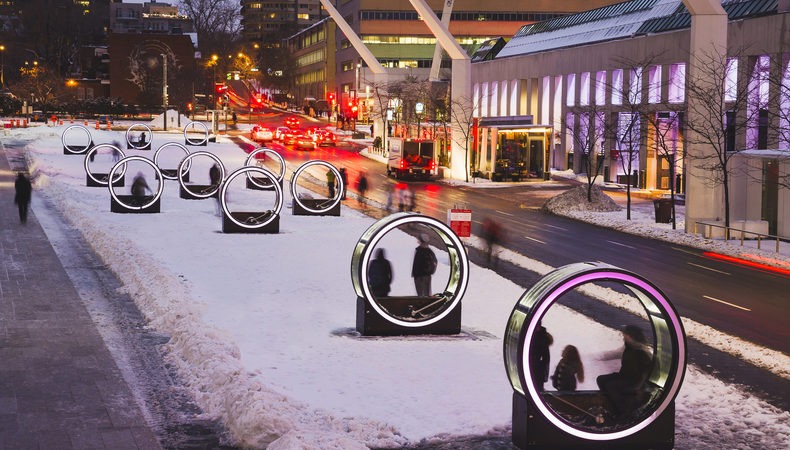 An annual highlight (pun intended) in the Quartier des Spectacles, Luminothérapie sets the night aglow with eye-popping installations and interactive playthings. This year brings the return of the highly Instagram-friendly illuminated see-saws, proving once and for all that Montréal during the holidays is a giant playground for everyone to enjoy. 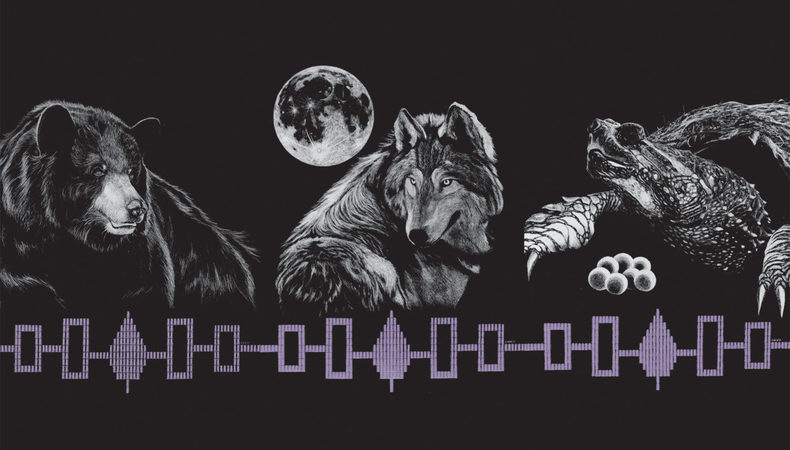 To the local Indigenous populations, before there was Montréal there was Tiohtià:ke. And following the discovery of thousands of hand-crafted Iroquoian artefacts at the intersection between Peel Street and Sherbrooke Street, this winter the story of Tiohtià:ke is commemorated by Lights on Peel. Three designs by artist Kaiento:ton Kyle Williams portray three of the Rotiononhsión:ni Clan System’s symbolic animals: the turtle, the wolf and the bear, with scannable QR codes for a deeper look at the area’s rich First Nations history.

Christmas in the park festival & #ProudColoursMtl

One of Montréal’s year round gathering places is the calm and cozy Place Émilie-Gamelin, where musicians have kept locals and visitors alike on their feet and celebrating with the Christmas in the park festival. It’s also the perfect entry point into Montréal’s Gay Village, for a walk under the Proud Colours lights gracing Sainte–Catherine Street tell that the proud history of the sexual and gender diversity flags raised in pride by the LGBTQQIP2SAA community. Reflecting all the colours of the rainbow and more, #ProudColoursMtl is a shining, moving gesture of pride. 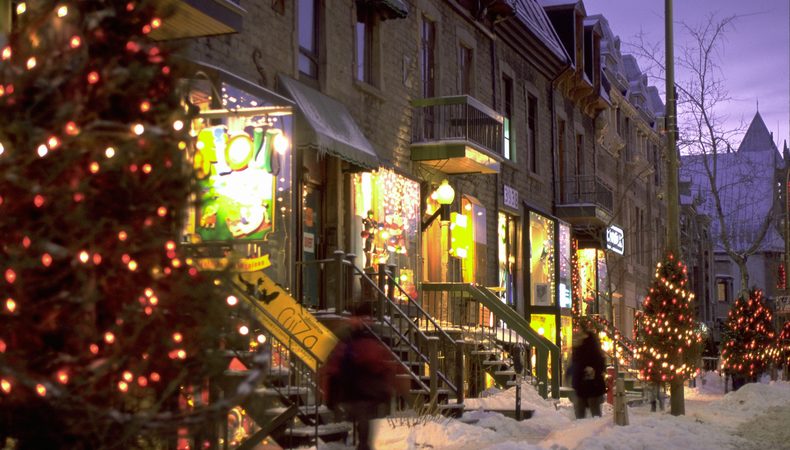 Each holiday season, locals also deck the halls with picture perfect lights and trimmings down every street, so just take a wander through any of Montréal’s iconic neighbourhoods and you’re sure to find sparkle at every turn. We’d suggest a stroll through Square Saint-Louis and the streets of the Plateau and Mile End with cameras at the ready.

Just because the holiday season has ended doesn’t mean Montréal stops shining, and February 17-27, 2022, MONTRÉAL EN LUMIÈRE returns for its 23rd edition in the Quartier des Spectacles. Bright lights, family friendly amusement rides, fine dining and flash mob performances keep the winter moving. And an added bonus for 2022 is the return of indoor concerts and Nuit Blanche, when local museums and other cultural locations stay open long into the night. Find their full lineup at their website.