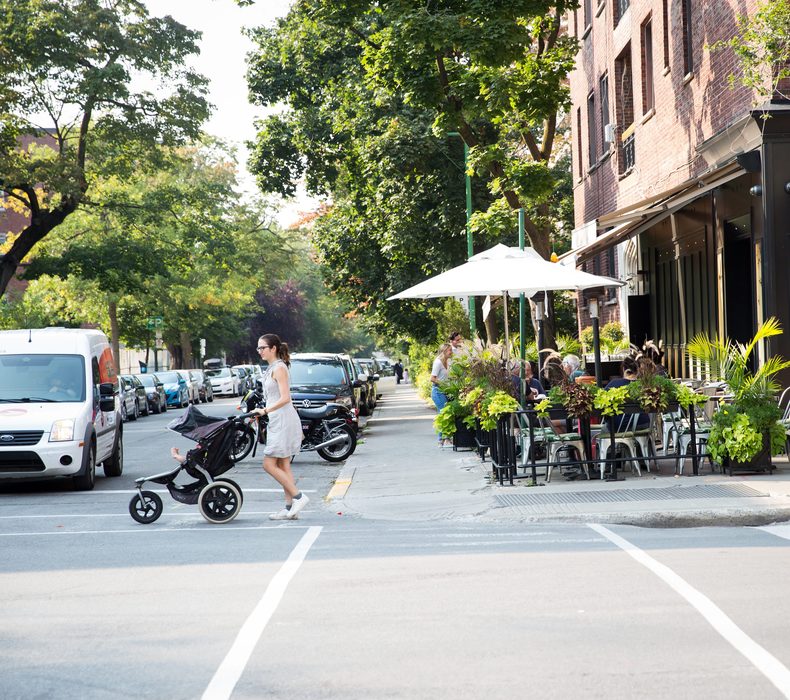 All about Outremont and Westmount

What do Montréal’s neighbourhoods of Outremont and Westmount have in common? They’re both on the flank of the mountain, Mount Royal. They’re also both affluent, storied and full of shops and restaurants worth a visit… but a lot distinguishes them too! This is the story of Montréal’s “two mountains”.

Literally meaning “beyond the mountain” in French, this tree-lined, park-filled, mostly residential neighbourhood is located on the northwestern flank of Mount Royal. Its oldest properties date back to the early 19th century, when Montréal’s French-speaking upper echelons built their country houses there. Its delineation today is Côte-des-Neiges to the west, Van Horne to the north, Avenue du Parc to the east and Mont-Royal to the south. The happening avenues to shop and eat are few, but fabulous: Laurier between Côte Sainte-Catherine and Parc is replete with beautiful boutiques, while Bernard and Van Horne are restaurant city.

As in Westmount, the higher up the hill you go, the more luxurious the homes. Haut Outremont, as it’s known, is located between the Mount Royal Cemetery on the mountain and Côte-Sainte-Catherine street, and makes for a beautiful stroll among multimillion dollar properties. Northwest of Côte-Sainte-Catherine you’ll find more gorgeous traditional homes of a slightly smaller scale, peppered with a few striking modernist builds – and parks galore. Parc Outremont and Parc Saint-Viateur are both popular hangouts with people from nearby Mile End. Outremont is a predominantly francophone neighbourhood with a fast-diversifying community, including Montréal’s largest Hassidic Jewish community. 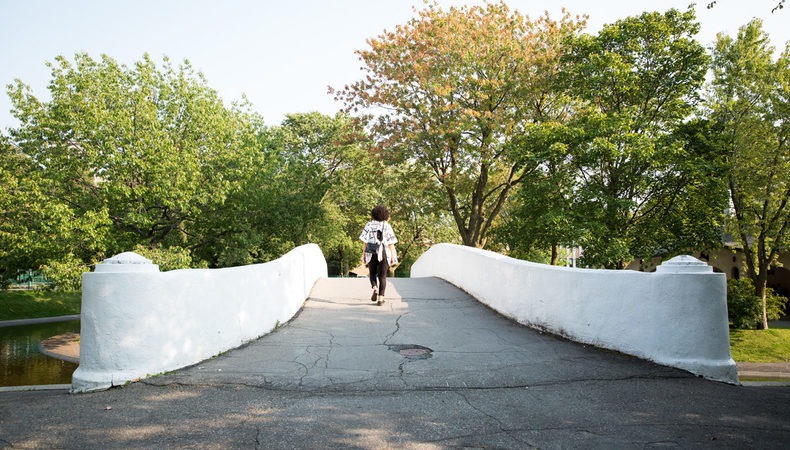 What residents love about Outremont

Its verdant village feel steps away from the happening neighbourhoods of Mile End and Plateau Mont-Royal makes Outremont truly unique. The vistas are beautiful in every direction: the streets are well maintained, the parks are splendidly landscaped, there are good schools and the businesses are well supported by locals, and therefore thriving. Add to that more delicious eateries than you can fit into a week, and you’ve got a pretty darn perfect place to live. 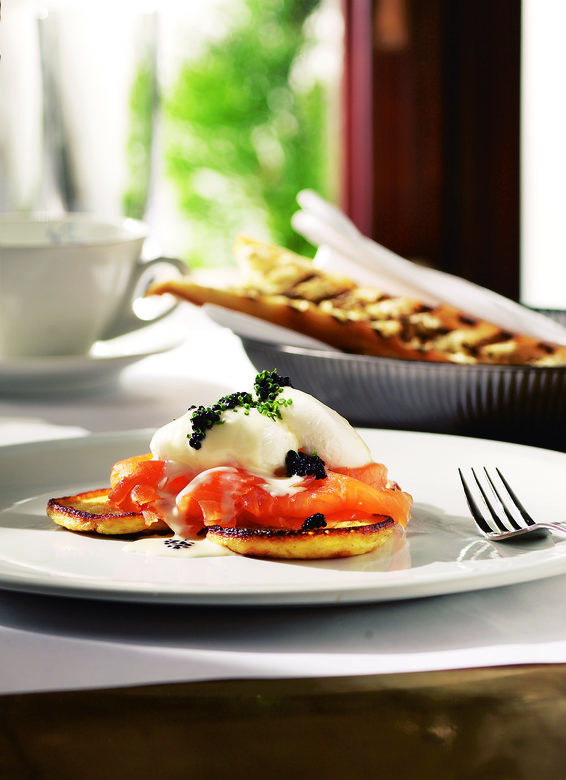 Things to do in Outremont

Starting with a champagne brunch at Restaurant Leméac or a streak-frites at Chez Lévêque on Laurier is always a good idea. Laurier is a wonderful street to stroll along, with a nice handful of homeware, clothing, jewelry and accessories boutiques to explore. After a walk through the pretty streets (or a hike up to Haut Outremont – maybe with a detour in Mount Royal Cemetery when the crab-apple trees are flowering?) head down to Bernard or Van Horne for a feast: Italian, Syrian, French… the world is at your fingertips. And for dessert: a cone at the famous Bilboquet, bien sûr (season permitting).

Its name says it: Westmount is located on the southwestern flank of Mount Royal. It has roots in the 18th century but came into its own in the early 20th century, when it was considered a wealthy suburb of Montréal. Still today, despite its close proximity to downtown Montréal, it has a separate feel (and its own security force and electric company). It is delineated by Sainte-Catherine Street to the south, Atwater to the east, Décarie to the west and the mountain to the north, with its main flanking neighbourhoods being NDG and Saint-Henri. Mostly residential, its social life spans out from fun and happening Sherbrooke Avenue.

Westmount is predominantly anglophone, having been the chosen haven for well-heeled Montréal business owners of Anglo-Saxon descent since the 18th century. Like its French-speaking sister, the higher up the hill you go, the more grandiose the houses – and Upper Westmount is about five times the size of Haut Outremont. Its architecture remains very traditional, if jaw-dropping, and there are strict building codes to keep the neighbourhood’s flavour intact. 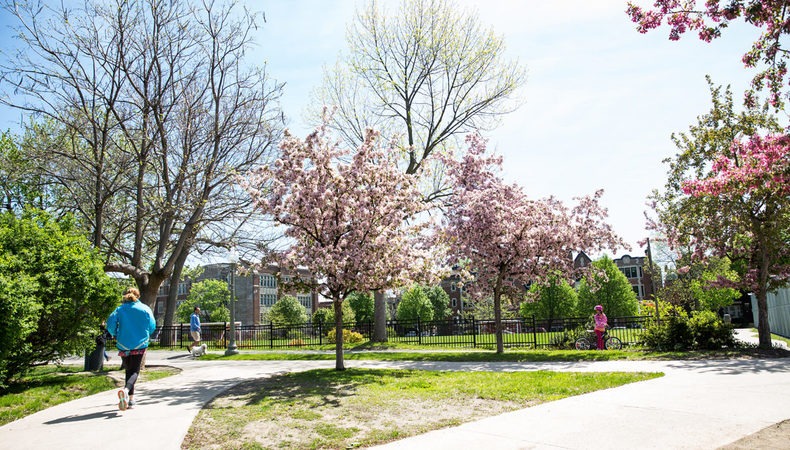 What residents love about Westmount

The living is good in Westmount, where the beautiful homes are within seconds of a very healthy, bustling city life spanning out from Sherbrooke Avenue. From bougie hardware stores to paper shops to fancy clothing and accessory boutiques and some truly awesome restaurants, you’ll find everything you could ever want to subside along Sherbrooke, Green, Victoria and Sainte-Catherine streets – not to mention Alexis-Nihon mall, at the neighbourhood’s southeastern-most limit. Westmount Park is a huge green haven featuring a public library, a botanical garden and an arena. 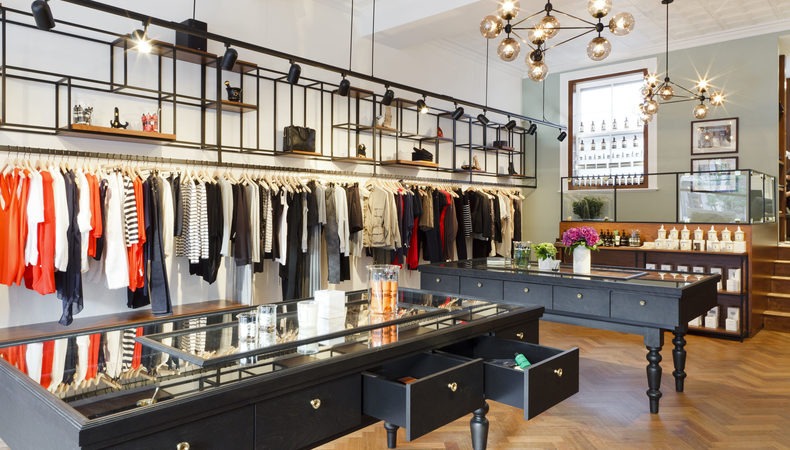 Things to do in Westmount

What CAN’T you do in Westmount? Shopping is definitely a good place to start here, with clothing stores like James Perse, TNT and WANT Apothecary to choose from. Quincaillerie Hogg is a great place for stylish homeware finds, as is Zone more to the west. Stop into the McClure Gallery on Victoria street for a quick hit of great art, then enjoy lunch nearby at Antonio Park’s famous sushi restaurant, Park. If you prefer a more casual sandwich, Chez Nick is delish. Work off your meal with a hike up the hills, to admire some of the city’s most stunning historic properties.