NOTE : For the latest information on reopenings and special health measures in Montréal, consult this page.

Known to locals simply as “the mountain,” Mount Royal is more than a sprawling natural enclave at the centre of the city – it’s a beloved landmark that’s so emblematic of Montréal that it gave it its name! Jacques Cartier christened the mountain in 1535, which in the 18th century inspired the renaming of what was then Ville-Marie to Montréal. Today Mount Royal is a 10 square-kilometre heritage site that’s home to residential areas, neighbourhood parks, a couple of cemeteries and the magnificent 200-hectare Mount Royal Park, where there’s never a dull moment. 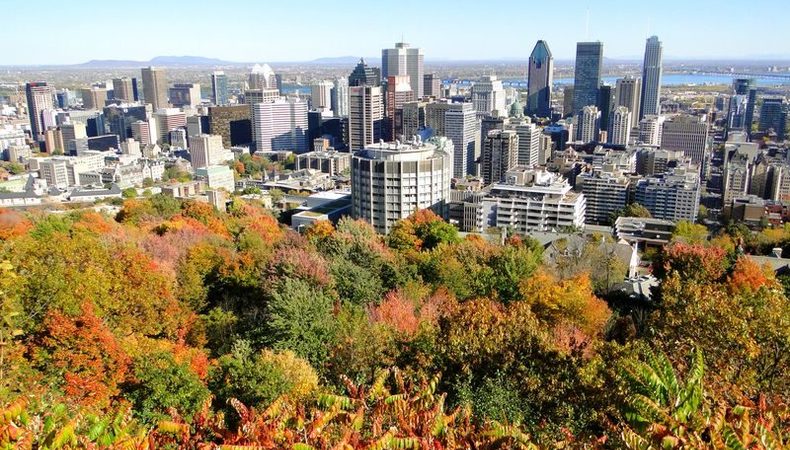 Natural beauty at its best

Its importance at the heart of the city’s identity may explain why locals see Mount Royal as a bona fide mighty mountain, but factually, with its altitude of 764 feet above sea level, it’s more of a large hill. There’s a popular myth that Mount Royal is a dormant volcano: it’s not. But it was formed by volcanic stone as part of the Monteregian Hills some 125 million years ago but was given its modern allure by landscaper Frederick Law Olmsted, of Central Park fame. The ambitious landscaping project was inaugurated in 1876 and gave the mountain its central walkway, known today as the Olmsted Trail, its sprawling mountain pasture and Beaver Lake, as well as its curated vegetation and rich network of trails, rest stops and viewpoints. 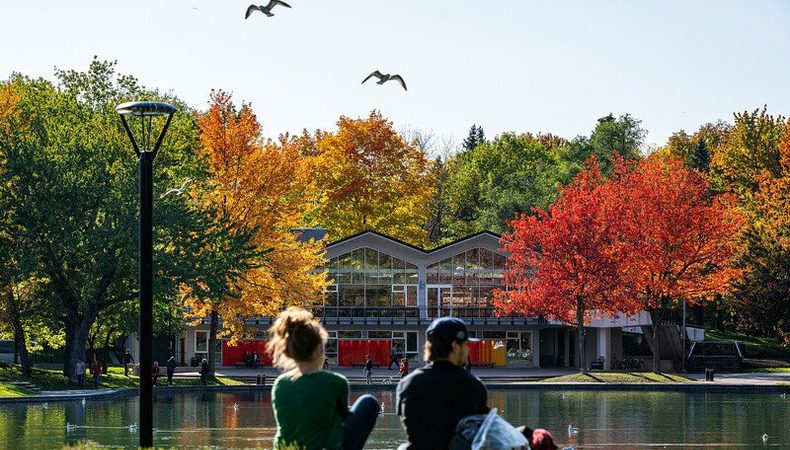 Four seasons of sports and fun

People use the mountain every day or every year, as the perfect escape from traffic and the city bustle. It’s a place to jog, walk, hike, bike, cross-country ski, snowshoe and toboggan. For visitors, the mountain is easy of access and wonderfully intuitive to explore, but Les amis de la montagne also put on a very cool array of guided experiences: fall walks, summer biking tours, winter hikes and more. Among the free community events, there’s the weekly Tam-tams in the warmer months, where locals gather to play hand drums, dance and picnic in the sprawling grassy knoll around the Sir George-Étienne-Cartier Monument every Sunday. There’s also larping, bootcamp sessions, yoga gatherings – even ghost tours of the cemeteries. It’s worth a Google search when you visit! 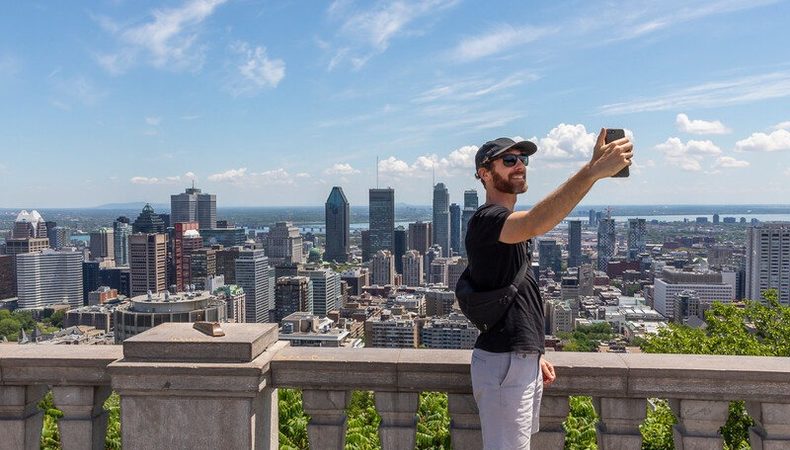 With its three summits – the Colline de la Croix, Westmount Summit and Tiohtià:ke Otsira’kéhne, renamed in 2017 to reflect the Mohawk heritage and the peak’s use as a First Nations fire beacon – Mount Royal offers many a splendid view. The lookout along Camilien-Houde Boulevard is popular with visitors by car and provides views eastward toward the Olympic Stadium, but for those on foot, the Kondiaronk Belvedere and its views on downtown Montréal is the hands-down favourite. To get your own experience away from the crowds, walk the loop behind the Belvedere to the cross (which is illuminated at night) – there are a couple of smaller viewpoints there that make for picturesque picnic stops. 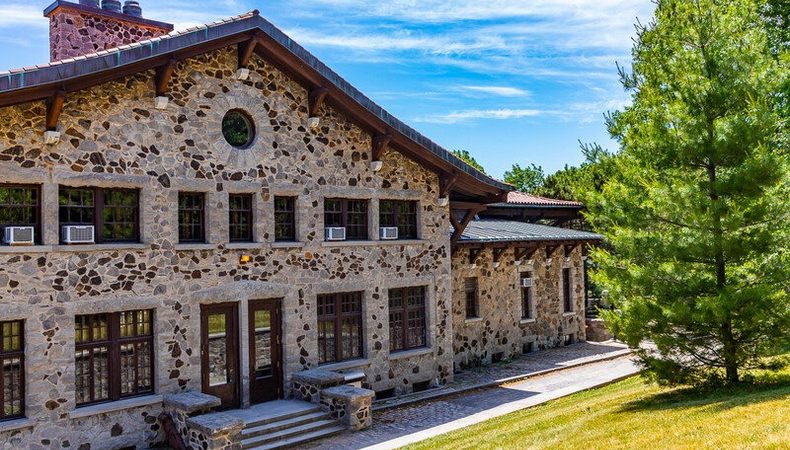 Among the pit stops for visitors to Mount Royal Park there’s the Mount Royal Chalet, a grand edifice in the Beaux-Arts architectural style featuring large-scale paintings depicting selected moments of Montréal history by renowned artists, such as Marc-Aurèle Fortin, Paul-Émile Borduas and Edwin H. Holgate. Giving onto the Kondiaronk Belvedere lookout, it’s a great spot to warm up with hot cocoa and baked goodies in the winter or cool down with flavoured waters, lemonade or ice cream (among other snacks) in the summer. At the Beaver Lake Pavilion – inaugurated in 1958 and considered one of Québec’s most innovative public buildings at the time – there’s Café des Amis, a full-fledged sit-down restaurant, upstairs and a hangout space downstairs (now serving cold meals, salds and sandwiches to go only). Then there’s Smith House: this heritage house built in 1858 between Beaver Lake and the Chalet along Olmsted Trail is now the headquarters of Les amis de la montagne, which organize activities and visitor services on the mountain. Enjoy another Café des Amis and the exhibition. At all three spots, you'll find mobile kiosks selling frozen treats. 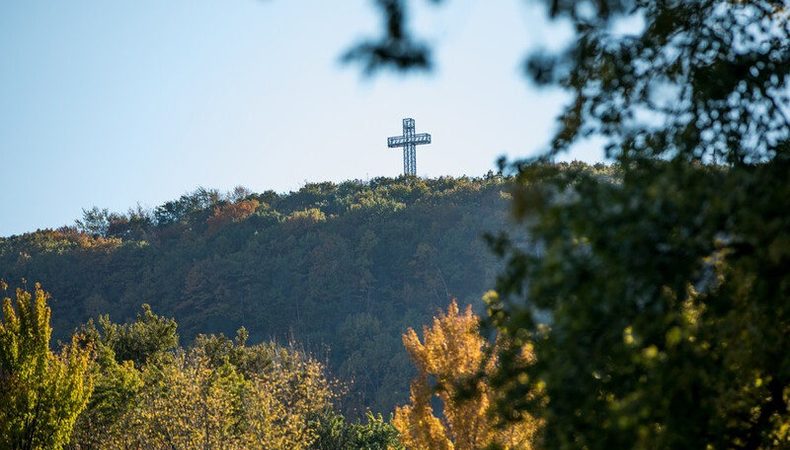 And more points of interest

Paying homage to the city’s Catholic heritage, the first Mount Royal Cross was placed at the Colline de la Croix summit in 1643 by the founder of Montréal, Paul Chomedey de Maisonneuve, and shines bright at 103-feet high today. Illuminated with LEDs, it is usually white but sometimes different colours. The George-Étienne-Cartier Monument at the base of Mount Royal Park on Parc Avenue is another great spot to visit: the tallest monument in the city, it was inaugurated in 1919 out of bronze and granite. Sculpted by George William Hill, it features 18 figures, including George-Étienne Cartier and representatives of Canada’s provinces, all topped by a winged Goddess of Liberty. Near Beaver Lake, the open-air International Sculpture Symposium, erected in 1964, boasts works by Armand Vaillancourt, Pierre Szekely and Shirley Witebsky.