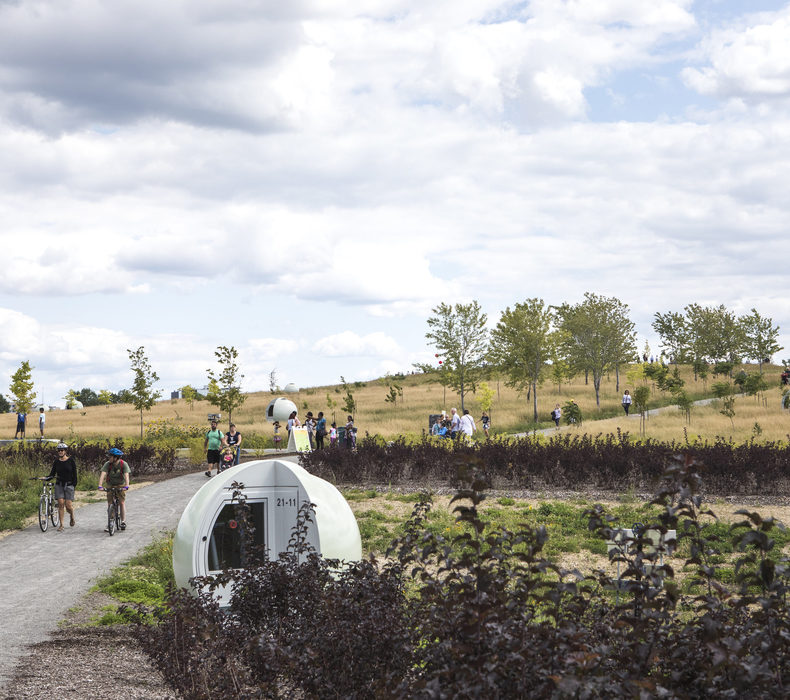 NOTE : For the latest information on reopenings and special health measures in Montréal, consult this page.

Opened in the summer of 2017 in the St-Michel neighbourhood, Frédéric-Back Park is named after Québécois artist and director (and tree planter!) Frédéric Back, who dedicated his career to the preservation of nature. Environmental themes dominated his films, including Oscar-winning animated shorts The Man Who Planted Trees and Crac. A knight of the National Order of Québec and an officer of the Order of Canada, Back is a fitting namesake for a site transformed from industrial dump to sprawling city park.

From industry to nature

Millions of years ago, the park lay submerged underwater, which explains why we can see fossils in the site's limestone rock. Skip forward in the park's history to the mid-1900s, when the area became an industrial quarry, leading to neighbourhood protests against noise and accidents. Not long after, almost half the quarry was converted into a high-use dump that ran until 1988, when the city took possession of the land and built the Waste Treatment and Disposal Centre to manage recyclable materials. Today, the entirety of the 192-hectare site is known as the Saint-Michel Environmental Complex, the biggest environmental rehabilitation project ever completed by the City of Montréal. 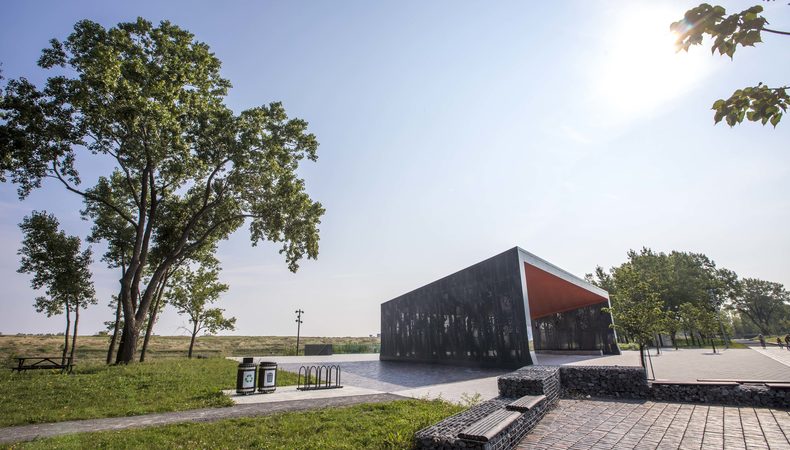 One of the largest parks and green spaces in Montréal, Frédéric-Back Park currently features paths for running, cycling and snowshoeing, while its summer activities gather neighbours and tourists alike for site tours, birdwatching, workshops, outdoor cinema, music and stargazing. On the eastern side of the park, explore the wooded Sector Boisé Est on foot or by bike – it's also where you'll find a gazebo and a belvedere with 360-degree city views, as well as public artwork Anamnesis 1 + 1 by artist Alain-Martin Richard. Along Papineau Avenue sits another large section of the park that includes panoramic views, the TAZ indoor skatepark and a soccer stadium. While the inner part of the park won't be completed until 2025, thousands of trees are being planted, a lake built, and the landscape given an overhaul for biodiversity to thrive.