The Quartier des spectacles is Montréal’s Entertainment District. Energetic and constantly evolving, the neighbourhood hosts over 40 annual festivals, houses approximately 80 performance spaces, and — with an abundance of visual illumination — gives Paris a run for its title as the City of Lights.

Served by three Metro (subway) stations and ten bus lines, and connected to the city’s network of underground pathways, the Quartier is easily accessible and the heart of so many iconic Montréal festivities.

It’s unquestionably a “must-see” neighbourhood for any visitor to Montréal. 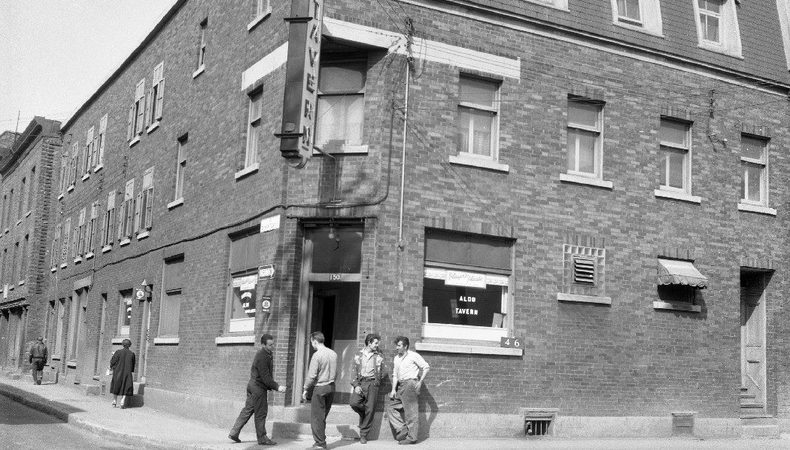 With history that dates back to the beginning of the 19th century, the present-day Quartier des spectacles straddles the site of Montréal’s former Red Light district. (Sounds kind of naughty, no?) In the late 1800s, the area was a theatre district, with many important theatres and cinemas being built to entertain Montréal’s increasing population.

While frustrating for whiskey connoisseurs, America’s prohibition years — primarily in the 1930s — turned out to be a windfall for the Montréal economy. Why? Because the city became an accessible destination to let it all hang out (read: drink booze legally). With a newly-minted reputation of “fun-times,” tourists flocked to Montréal in massive numbers. Things got complex (as they do), and these party-hungry people contributed to a spike in organized crime, prostitution and illegal gaming houses. It is during this time that the neighbourhood was truly christened as the Red-Light district.

Over the decades, the neighbourhood cleaned up its act — entertainment pun intended — and by the time the 1980s arrived, festivals began to use the area largely because of its proximity to the downtown core and sense of openness. The world-famous Festival International de Jazz de Montréal, for instance, has been in the Quartier des spectacles for many decades now!

The spectacles of now

These days the neighbourhood is the central gathering place for some of Montréal’s biggest festivals. The Jazz Fest continues to be one of the most important events of the year, but the Quartier des spectacles venues are home to some 40 massive festivals that take place across all four seasons. 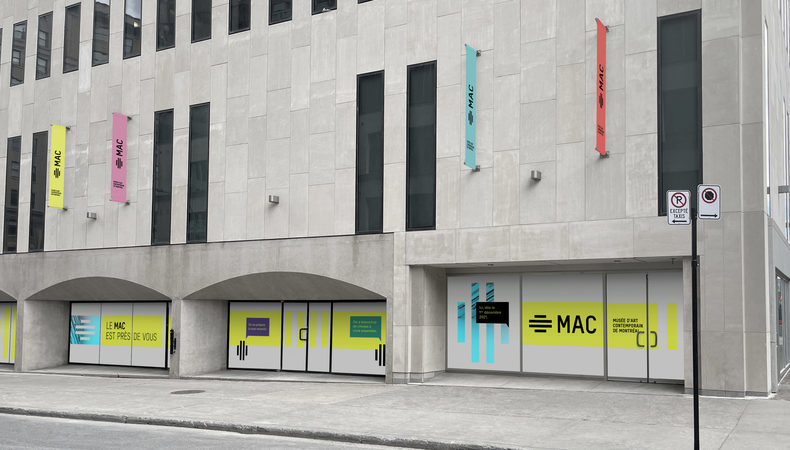 While festivals are fun, they do require specific timing. Yet, no matter when you visit Montréal during the calendar year, Quartier des spectacles has some evergreen attractions. Here are four not-to-be-missed highlights.

Luminous Pathway. The neighbourhood is a canvas of light. With a playful nod to the classic red carpet and the Quartier’s Red-Light era, two rows of red dots light up the sidewalk in front of each of the district’s cultural venues. Architectural lighting highlights the façades of more than 20 buildings and sites, throwing their features into dramatic relief. In the evening, all year long, nine building façades serve as architectural “screens” on which artistic videos are projected. Here’s a map to find the projections…

Please note that the Musée d’art contemporain de Montréal has temporarily relocated to Place Ville Marie during its transformation. 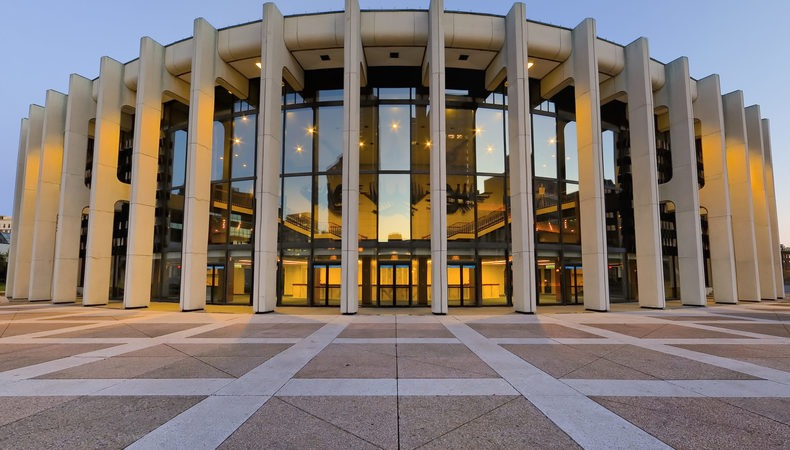 Place des Arts. Featuring an impressive program of music, theatre, dance, opera, song, comedy, and musicals all year round, this cultural venue is comprised of six distinct performance spaces, including the Maison Symphonique (where you can watch the Orchestre symphonique de Montréal). Place des Arts is also home base to a few of the city’s other important arts organizations, such as the Opéra de Montréal and the Grands Ballets Canadiens. In short: big-ticket cultural events happen here!

Complexe Desjardins. Besides many well-known fashion boutiques, the Montréal downtown mall comprises specialized businesses, a supermarket, sports facilities, and a food court. The large public square (at the centre of the mall) hosts over 200 days of events per year.

New kid on the block: Espace danse. A complex unlike any other in Canada, Espace danse in the recently revamped Wilder Building offers a host of new services to dance professionals and the public. It will be the home of Les Grands Ballets Canadiens de Montréal, Tangente, the École de danse contemporaine de Montréal and Agora de la danse. And if these names don’t mean anything, don’t worry. Here’s what you need to know: one address, the best of dance.