Discover the riverside neighbourhood of Verdun

Step onto the streets of Montréal’s southwestern neighbourhood Verdun and you’ll instantly feel like you’re in a thriving town on the banks of the St. Lawrence River – and no wonder! Founded in 1671, Verdun is one of Canada’s oldest settlements, and having existed as its own city until joining Montréal in 2002, this spirited arrondissement has maintained a unique character all its own. 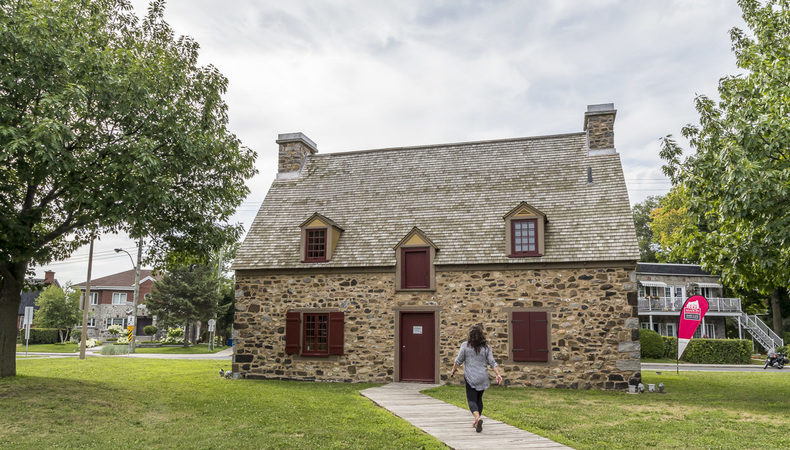 Verdun’s proximity with the waters of the St. Lawrence have affected its entire history – in fact, the beautiful green parks that line the entirety of the waterfront were originally built to protect the area from flooding. Locals spend their free time gazing upon the water, playing soccer, football and baseball in the nearby sporting fields or cycling the bike path system right on the banks of the river. The largest pre-historical archaeological site on the Island of Montréal rests under the foundations of the Maison Nivard-de Saint-Dizier, proving that local populations have loved these views for thousands of years.

A quick jaunt over the Champlain Bridge brings you to Nun’s Island, a leafy suburban area with quiet parks, waterfront paths and the Strøm Nordic Spa, all sure to recharge and inspire.

Mere blocks from the water, Verdun’s bustling shopping area that spreads from the intersection of de l'Église and Welling Streets feature design-savvy boutiques and creative new bistros, while also offering a glimpse at the lives of working-class Montrealers.

Right on that same corner, the twin towers of the Notre-Dame-des-Sept-Douleurs cast cooling shade in the summer months, and the church offers a pleasing schedule of concerts and events within its gorgeous interior year-round. The church is also an impressive point from which to begin an architectural tour. An afternoon in Verdun is a dream excursion for architects, with examples ranging from characteristic Montréal spiral staircases and modernist pieces like the Verdun Auditorium to Nun’s Island’s four buildings by the legendary Mies Van der Rohe.

Verduners keep active year-round. A grand outdoor dance floor at the municipal greenhouses on the riverbanks offers daily social dance sessions including salsa, tango and country, and these bustling nights make for a perfect opportunity to cut a rug with the locals. Fancy a dip? Verdun’s Natatorium outdoor pool is an art deco gem opened in 1940 with enough room for 1,500 swimmers – once the biggest public pool in Canada. A little snow doesn’t keep anyone inside either, with a cross-country ski track along the river’s edge starting at Parc Arthur-Therrien and traversing all the way to Lachine nearly 20 km away.

Verdun? We’ve hardly even Ver-started! With a proud past and a whole lot to offer, a visit to Verdun almost feels like a day-trip away. Here’s some of the “must-sees”.