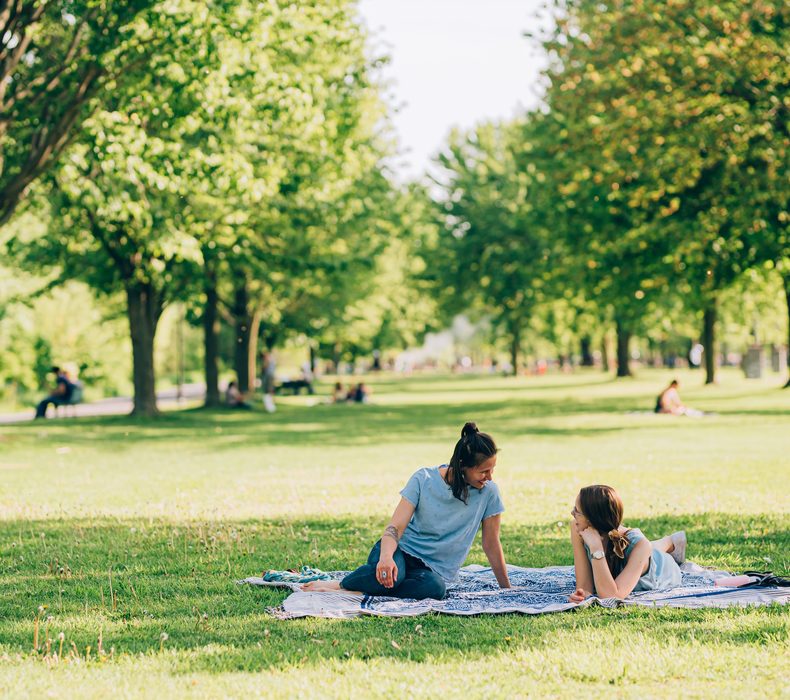 In Montréal’s southwest borough and Verdun, discoveries await around every corner. Shop for eco-friendly soap and fine glasswork, go kayaking on the canal or climbing in the country’s tallest indoor gym, enjoy some Québécois comfort food or dishes like morning kimchi and authentic Mexican tortas – the list goes on! 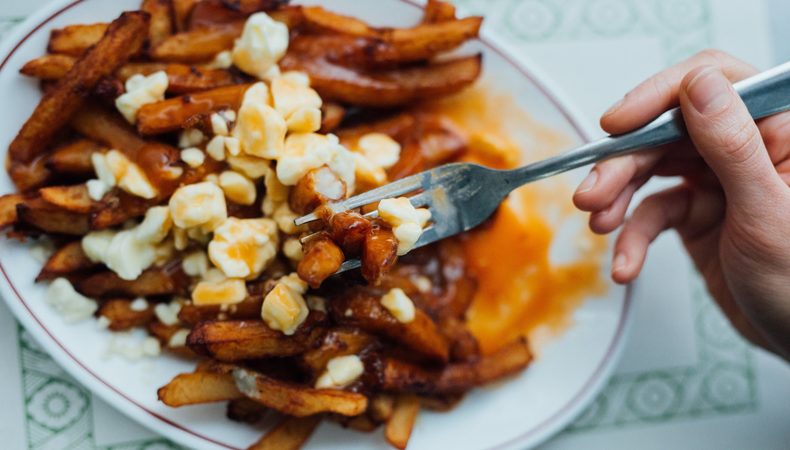 Known by residents simply as “the Pointe”, PSC is an anglo enclave whose routes are heavily Irish, hard-working and a bit rough around the railroad edges. The anthem has always been “We don’t care about the rest of Canada, because we’re from Pointe-Saint-Charles!”.

Bloom is one of those beautiful corner cafés you want to sit in and watch the rain come down outside for hours. This is THE comfortable coffee shop in the Pointe. A nice amount of friendly faces and a good mix of clientele from all walks of southwest life. Get there early for casual brunch on weekends for traditional Belgian waffles or the savoury breakfast grilled cheese with kimchi on pumpernickel bread. Oui, morning kimchi.

Casse-croûtes (greasy spoons) are synonymous with Québecois comfort food. Found in small towns across our province and working-class neighbourhoods of Montréal, many have seen their booths and countertops converted into modern and trendy food establishments though some are making a comeback, and some will hopefully never disappear. Paul Patates is one of them. The interior is old-school diner, complete with defunct jukeboxes at each booth, the music repertoire replaced with photographs of celebrities and the smell of French fries and hot dogs bringing you back to your childhood or last post-drinking food binge. Grab a Bertrand Spruce Beer with your poutine. The beverage is a rarity these days, though the company has been producing this pine-flavoured soda, from the original recipe, for about 120 years.

I stumbled across the old Fire Station no. 21 on a bike ride out to the islands. Located under the soon-to-be-levelled Bonaventure Expressway just south of the Peel Basin, the building has housed a not-for-profit space for the education and promotion of the glass arts since 1986. A few years later Espace Verre teamed up with Cégep du Vieux-Montréal to offer the first 3-year program for fine glass arts in Québec. They offer workshops, guided tours and intensive weekend courses open to the general public and awe-inspiring collections by local artists in their gallery space, vernissages and all.

The historic Lachine Canal has seen many of its original industrial megastructures disappear over the years, some crumbling away still today, in a limbo state before being demolished, or if we’re lucky, preserved with new vocation. Some have been repurposed into housing and office space, and since 2012, the country’s tallest indoor gym with a whopping 11,000 square feet of top quality indoor rock climbing space. Allez Up was founded in 1996 in the Pointe before offering their services at a larger scale in the old Redpath Sugar refinery silos just south of the canal. Entry level courses and accreditations are on the menu for the coolest indoor climbing spot in the country.

Each summer thousands of joggers, walkers and cyclists take over the multi-use paths along the 14-km Lachine Canal on a daily basis. To experience the canal to its fullest is to tread its questionably “clean” waters via personal or group vessel. H2O Adventures is the go-to for kayak, pedal boat, electric boat and 13-passenger voyageur canoe rentals. One-time passes can be purchased on site (naturally, weekdays being less busy) or different level memberships with unlimited access for the entire season are available. Sunburns are a free add-on, so cream up people. 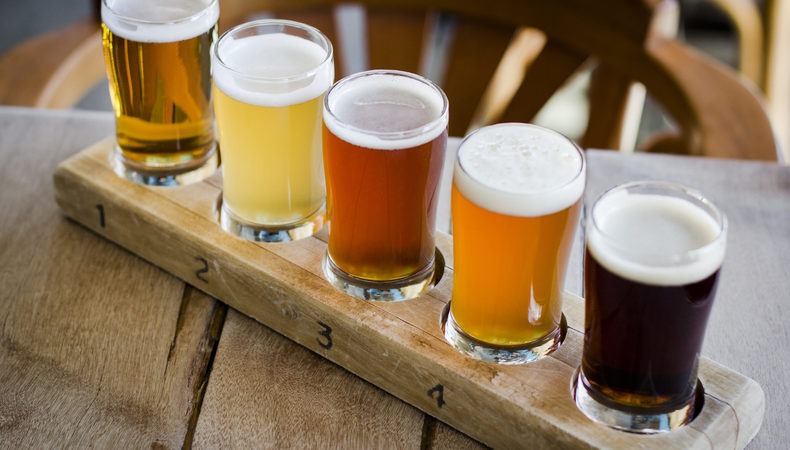 Verdun has gone through a transformation as  a hub for young families, complete with great dining options, green alleyways, street parties and an “urban beach” worth visiting.

Boutique Réunion is one of those dangerous shops. The ones you walk into curiously and leave with a new collection of beautiful items you didn’t realize you needed 15 minutes ago. Located at the front of the lovely Librairie de Verdun they offer all fine food-related things. From magazines to locally produced tonics and high-end utensils and tablecloths, the boutique is loaded with a curated selection of goods to impress your guests in the room they are most likely to spend most of their time in when at yours: the kitchen. Don’t laugh, I literally make the trek here to refill my dispenser with OH eco-friendly, fragrant-free, biodegradable and soft-to-my-skin soap.

Verdun was a dry part of town since 1875 with a no bar rule in effect before giving it a much-needed liquid go in 2013. The first bar to open in over a century (beer geeks rejoice), with its original location just south of the McGill Ghetto, is the underrated but stellar BENELUX brewpub. The Sherbrooke Street location, housed in an old bank (you can still see the vault door and space) just so happened to open their southwest sister location in no other than a beautiful high-ceiling space that used to be the Bank of Montréal. The patio is ideal for monthly méchouis (pig roasts) with a pint of the Cuda, an american IPA with a Christmas tree flavour and punch of west coast hops.

Tucked away in the far back of the Librairie de Verdun is the tiny Café de la Troisième, sister location of the popular Station W further east on Wellington. While simple in decor, the intimate space is ideal for flipping through your latest literary find and sipping on a Cortado at one of the only cafés in our city to source beans from Toronto's progressive micro roaster de Mello Palheta. Warmer days see large red lounge chairs out on 3rd avenue ideal for caffeinated sun bathing. 4750 Wellington Street 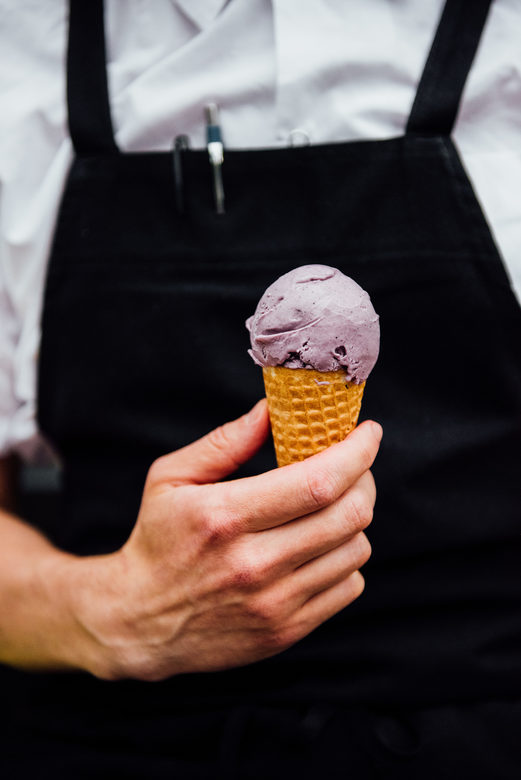 Historically the “city below the hill”, a manufacturer of light and heavy industrial goods, feeding off the polluted waters of the canal, Saint-Henri has ironically become the playground for the city above the hill in the last decade.

When I asked what he’d be up to next on his last week as chef at Restaurant Manitoba, Michael Dalla Libera leaned in, almost too close to my glass of wine, and whispered, “ice cream”. Since then, Crèmerie Dalla Rose has been cooling off Montréal’s muggy summers with some of the best scoops and ice cream sandwiches on the island that you can even bring your vegan friend to. Insanely tasty sesame flavour and matcha are likely to be on a menu of a frozen treat spot that doubles as a pop-up ramen counter in the winter. Yes, I’m serious, ramen.

In a large and imposing old textile building over a century old and designed by the same architect who gave us the breadbox-shaped Atwater Market, you’ll find Léché Desserts. The open-kitchen pastry shop and café sits next to a parking lot on an otherwise dull stretch of De Courcelle Street, just north of the tracks. Founded by a lady who has her fair share of experience in both Montréal and international dining halls, there is no better spot for doughnuts in Montréal. I don’t usually like doughnuts, but I love Léché's. Unconventional recipes and flavours dot the menu at this everything-made-in-house sweet spot. My go-to is the lime and coconut concoction, which just so happens to be vegan.