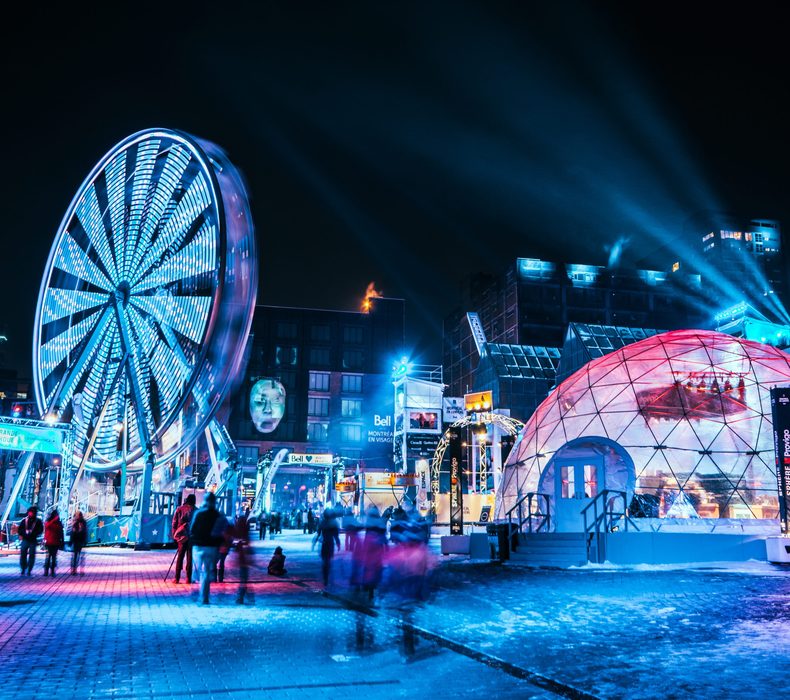 Maude Carrier is the founder of MC Globetrotteuse and a producer who has a penchant for discovery with each new mandate she undertakes. A Montreal transplant for the past 20 years, she fell in love with the city’s diverse neighbourhoods the minute she arrived here. You can catch her working in the city’s sweet little cafés, having brunch in its excellent restaurants or catching up with friends over drinks.

The MONTRÉAL EN LUMIÈRE Festival program is finally out and full of the unique fun and festive surprises we all know it for. This 23rd edition, which takes place from February 17 to 27 (and until March 5th for gastronomy and outdoor events!), gives people from across Québec the chance to revel in winter fun in the heart of Montréal. So, get ready for gourmet food happenings, music and entertainment, plus the snowy dazzle and celebration of the city’s downtown. Here’s a look at what’s on this year.

Dazzle your palate with northern inspirations

In the spirit of sharing traditions and culinary expertise, MONTRÉAL EN LUMIÈRE is putting international and Canadian chefs in the spotlight with Air France Finest Tables. There’s never been a better time to savour epicurean excellence from here and afar, both on our plates and in our wine glasses. 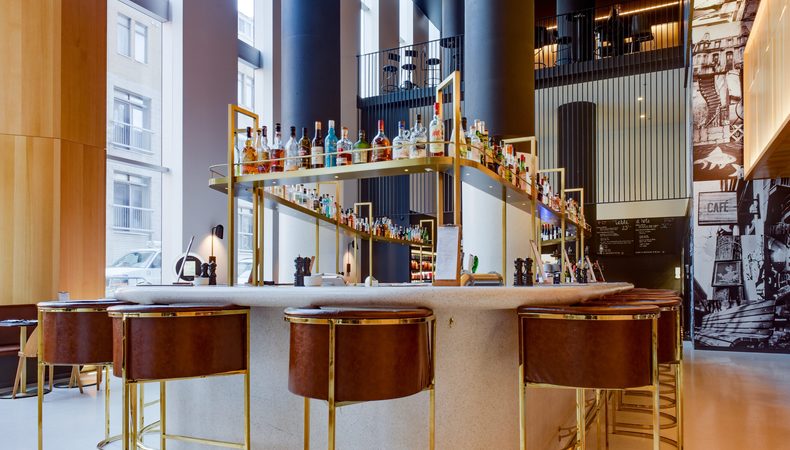 Thanks to its resounding success last year, the Couette & Gastronomie packages are back to thrill us once again. Festivalgoers can treat themselves to a unique gourmet experience in the comfort of their room or at the restaurant of the 10 participating hotels. So will you be snuggling in your PJs or getting fancy for the occasion?

From film to table

This year, Cinéma du Parc will be a hotspot for not only film buffs, but lovers of Japanese cuisine. For the first time ever, MONTRÉAL EN LUMIÈRE and the Yatai MTL Japanese festival will be teaming up and screening six films from Studio d’animation Ghibli, while a dozen or so Japanese restaurants in Montréal will be adding an iconic dish to their menu from these feature-length films. There’s never been a better time to sate your Japanese film and food cravings!

If the foodie in you is ravenous for more, check out the Circuits Gourmands Tastet and its culinary itineraries, which are grouped by country or by region (France, Italy, Japan, Middle East). You can also treat your taste buds to the delicious activities on the program at Le Quartier gourmand. 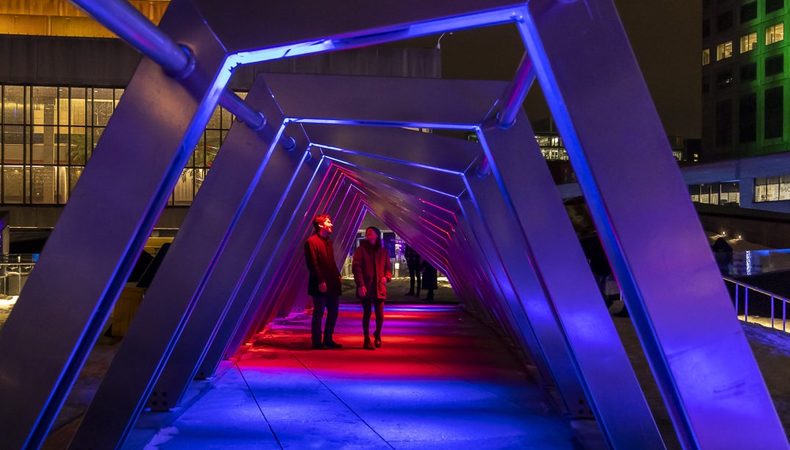 A kaleidoscope of light and entertainment

While gourmet food may be the cornerstone of MONTRÉAL EN LUMIÈRE, music lovers also have reason to rejoice thanks to a stellar music program. Headliners Pierre Lapointe and Alicia Moffet promise to titillate your tympans and set your emotions soaring.  You can also (re)discover artists such as Group Project, Le couleur, Ada Lea, Soran, Ahi, Thierry Larose, Lil Tecca, Leif Vollebekk, NTO and 2Frères in the Quartier des spectacles concert halls.

Le Balcon music hall, for its part, will be featuring theme evenings that include flamenco, soul, funk, groove, Motown, jazz as well as their classic Brunchs Gospel. Of special note, American humourist, comedian and author David Sedaris will also be returning to the stage to reunite with his Montréal audiences. And little ones can watch on in wide-eyed wonder at Ari Cui Cui et les patins magiques (skating show).

Speaking of skating, MONTRÉAL EN LUMIÈRE is proud to inaugurate a brand-new skating rink at Esplanade Tranquille, which is open to the public. Come glide and twirl among the skyscrapers of our beautiful city!

The free outdoor program will be unveiled soon, but you can start getting on your MONTRÉAL EN LUMIÈRE plans right now. Don’t miss this sparkling season highlight and the chance to reconnect with winter’s best at the Place des Festivals. 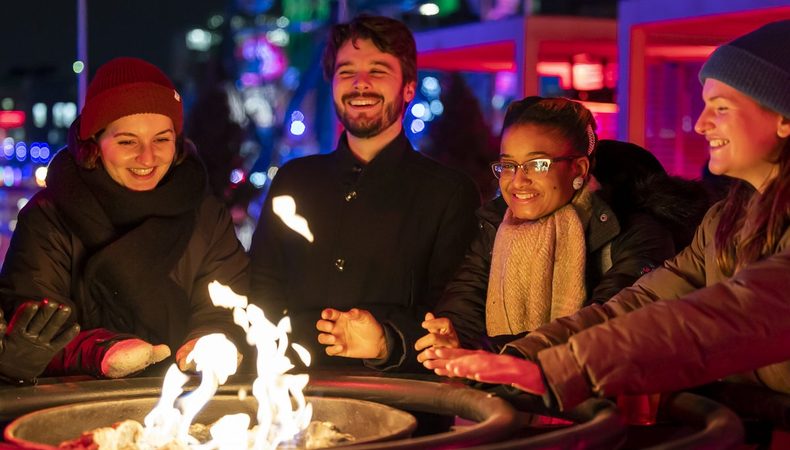 Maude Carrier is the founder of MC Globetrotteuse and a producer who has a penchant for discovery with each new mandate she undertakes. A Montreal transplant for the past 20 years, she fell in love with the city’s diverse neighbourhoods the minute she arrived here. You can catch her working in the city’s sweet little cafés, having brunch in its excellent restaurants or catching up with friends over drinks.