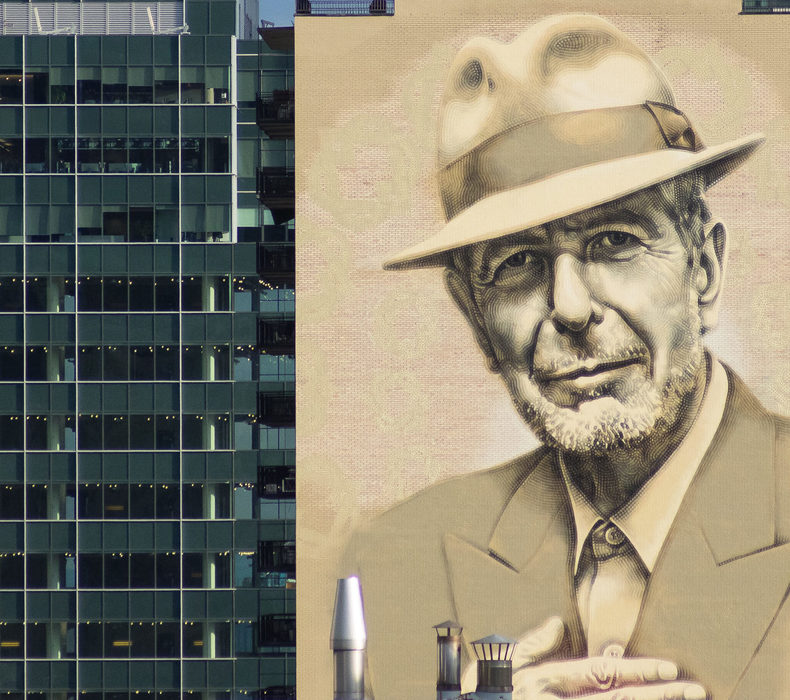 The Montréal of Leonard Cohen

Global pop icon and Rock & Roll Hall of Fame inductee Leonard Cohen adored his hometown of Montréal, the city which inspired his poetry and iconic songs.

In 2006, Leonard Cohen told an interviewer, “I feel at home when I’m in Montréal — in a way that I don’t feel anywhere else. I don’t know what it is, but the feeling gets stronger as I get older.” Here are some Montréal landmarks in the life of Leonard Cohen.

Cohen grew up at 599 Belmont Avenue in affluent Westmount where he used to play in Murray Hill Park behind the family home.

Cohen launched his poetry career at McGill University (BA’55, DLitt’92) where he became president of both the McGill Debating Union and the Zeta Beta Tau fraternity, was mentored by legendary poetry professors Louis Dudek and Irving Layton, and won the Chester Macnaghten literary prize in 1955.

The Sommer Building (423 Mayor Street) housed Cohen’s grandfather’s clothing factory where Leonard worked in the 1950s and acquired his lifelong love of suits. 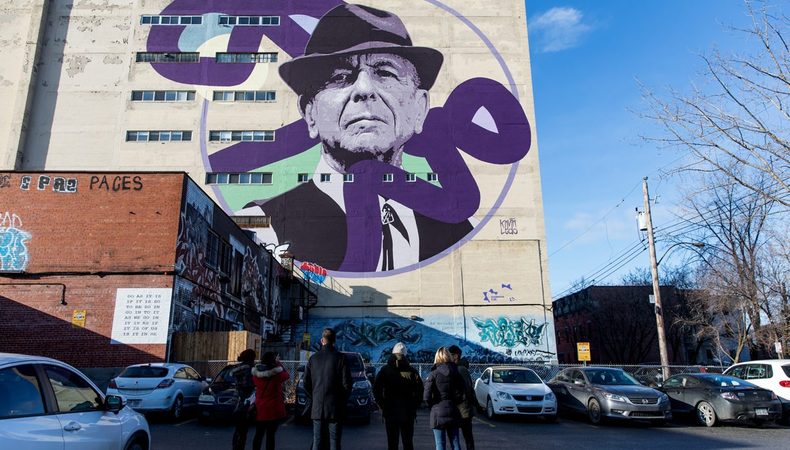 Cohen on the Main

Cohen’s triplex home (28 Rue de Vallieres) in the Plateau Montréal Royal district is located just off the Main (or “la Main” in French), what Montrealers affectionately call Saint-Laurent Boulevard. I visited Mr. Cohen’s home once, in 2006, when I interviewed his then-companion, singer Anjani Thomas, when she launched her Blue Alert jazz album produced by Cohen. What I saw of the home was suitably Spartan (we mostly hung out in the kitchen).

Cohen was known to frequent Parc du Portugal located on the corner of Rue de Vallieres and Saint-Laurent Boulevard (the park is across the street from Cohen’s home). As Arcade Fire frontman and adoptive Montrealer Win Butler once noted, “Seeing Leonard Cohen walking on Saint-Laurent (Boulevard) when I was 21 was enough to make me feel like I had a home.”

Montrealers love their bagels as did Cohen, who was a regular at the flagship St-Viateur Bagel (263 Saint-Viateur Street), which was opened in 1957 by Myer Lewkowicz, a survivor of the Buchenwald concentration camp in Germany. Cohen was friends with current owner Joe Morena who began working for Lewkowicz at the bagel shop in 1962 at age 14.

Beginning with his McGill University years, Cohen enjoyed going out for a drink at downtown establishments on Bishop Street as well as on Crescent Street which today is anchored by Crescent Street icon Sir Winston Churchill Pub. Across the street from Sir Winston’s is the famed 22-storey “Tower of Songs” mural of Cohen created by renowned American street portrait artist El Mac and Montreal artist Gene Pendon (1420 Crescent Street). The mural is also one of the most Instagrammable spots in Montréal: Everybody from actress Michelle Pfieffer to singer-songwriter Jimmy Buffett have taken photos with Cohen on Crescent. 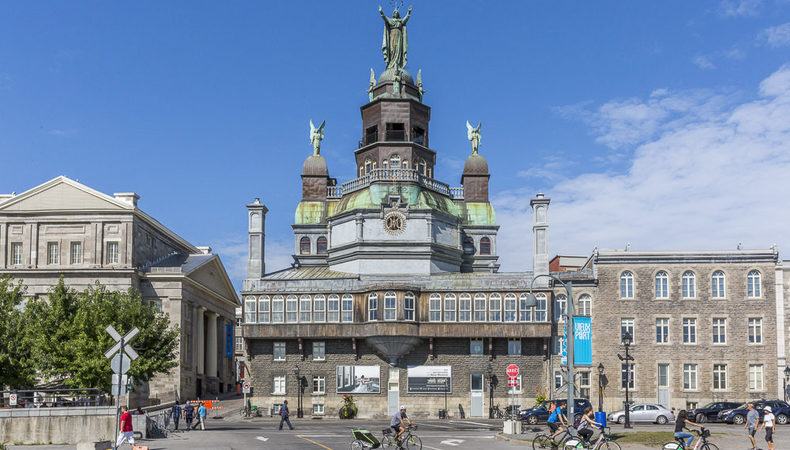 Our Lady of the Harbour

Like Cohen, visitors are transported back in time at the famed 18th century Notre-Dame-de-Bon-Secours Chapel – also known as the “Sailor’s Church” – in Old Montréal (400 Saint-Paul Street East). In his song “Suzanne” about the dancer Suzanne Verdal, with whom Cohen would stroll around the Old Port, the lyrics “And the sun pours down like honey / On our lady of the harbour” refer to the statue of the Virgin Mary that stands atop Notre-Dame-de-Bon-Secours Chapel. “I used to go to that church a lot,” Cohen told Maclean’s in 2008.

The Congregation Shaar Hashomayim (450 Kensington Avenue) has longstanding ties to the Cohen family: Leonard’s grandfather and great-grandfather were presidents of the Westmount synagogue, and he had his bar mitzvah there. The synagogue’s choir also sang back-up vocals on the Grammy-winning title track of Cohen’s 2016 album You Want it Darker. Cohen was buried at his family plot in the Congregation Shaar Hashomayim Cemetery (1250 Chemin de la Forêt) on the northern slope of Mount Royal.