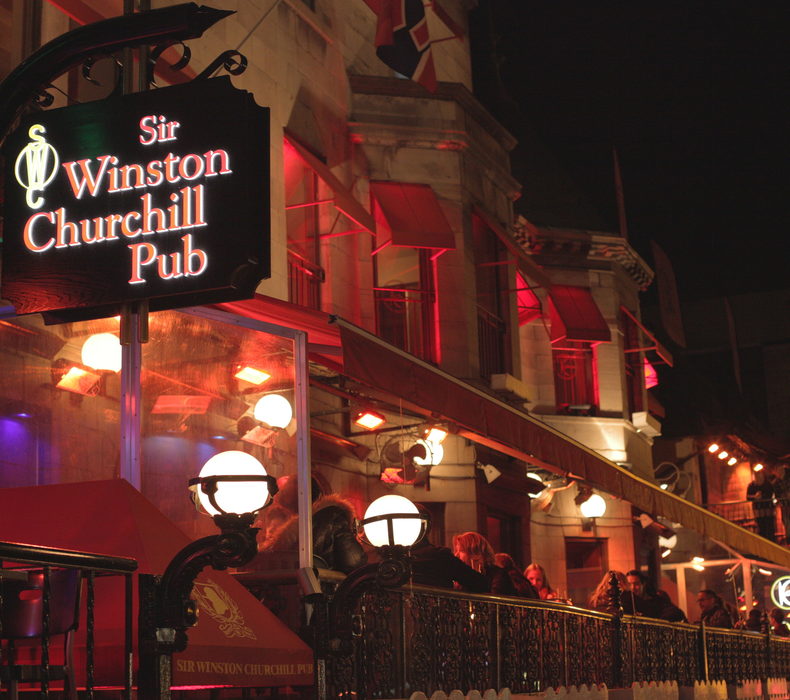 For decades the epicentre of downtown Montréal nightlife has been Crescent Street, where locals mingle with tourists, sports stars and visiting celebrities. At the heart of the action is the Sir Winston Churchill Pub Complex, home to the street-level Sir Winston Churchill Pub, second-floor Winnie’s bar and restaurant, and top-floor Karina’s nightclub.

Sir Winston Churchill Pub was founded in 1967 by Johnny Vago, who had been an economic adviser to the government of Fidel Castro in 1959-1960 and a friend of Cuban revolutionary Che Guevara. With Vago at the helm, the pub became the place to hang out at, and everybody did.

Like legendary Montreal impresario Donald Tarlton, who was the promoter of The Rolling Stones’ 1972 concert at the Montreal Forum where an unknown assailant dynamited a couple trucks containing the Stones’ tour equipment. About that day, Tarlton told me, “The Montreal Forum tracked me down on Crescent Street where I was drinking with Mick at Sir Winston Churchill.” Tarlton and his team then famously managed to secure new concert equipment – the show, after all, must go on.

Another night, in June 2002, Montreal PR man Dave Jones arranged for Prince to drop by Karina’s to see local RnB band Liquid Groove. “It was around 2 am, a stretch limo pulled up and a man in a red suit popped out, and everybody in the club went nuts!” says Jones. “Prince came in with his security guard and stayed for about 30 minutes. He came to see the band because he was all about live music.” Today, Liquid Groove keyboard player Allister Philip recalls, “It was an exhilerating night!”

Then the next week, Jones arranged for Wyclef Jean to drop by Karina’s. “Wyclef was break-dancing on the dancefloor, then joined the house band for a couple of songs!” says Jones.

Today you can still spot occasional celebrities and sports stars at Winnie's. 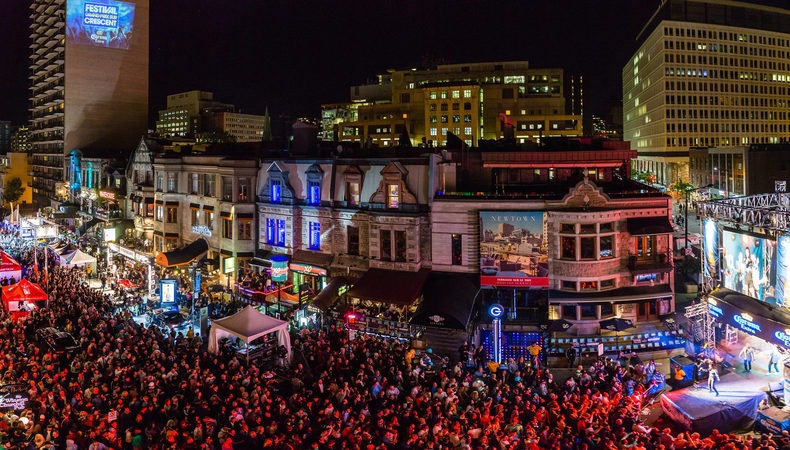 Since 1999, Crescent Street is also home to the hugely-popular Crescent Street Grand Prix Festival during the annual Formula One Canadian Grand Prix in June. Racing fans from around the world can check out race cars and free live concerts on the festival site.

“We have groups of F1 fans – from New York, the Maritimes, from Ontario – who have been coming back to Montréal on Grand Prix weekend for over 15 years,” says Sir Winston Churchill Pub Complex general manager Jan Wilson. “We even get reservations a year in advance! That’s because you can see all the action on Crescent Street from our terrasse.” 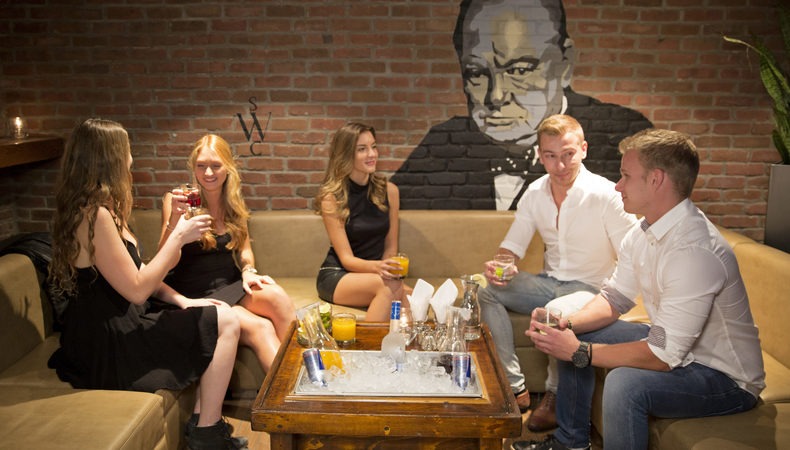 Upstairs, English pub-style Winnie’s (with its leather, wood and marble fittings) became part of local lore as the hang-out of legendary Montreal newspaperman Nick Auf der Maur and famed author Mordecai Richler. “Nick would cheekily pinch bottoms as he came into the bar,” says Margo MacGillivray, who was Auf der Maur’s favourite bartender. “Mordecai was very, very shy, and he would sit here with Nick and they would drink and chat.”

Today, Winnie’s is still very popular with the mid-20s to 65 crowd and boasts one of the best Happy Hours in the city.

“Sir Winston’s is the anchor of Crescent Street,” says Wilson. “This is where it all started. Many clubs have come and gone, but we’re still here. Generation after generation still come to Sir Winston’s to let the good times roll.”