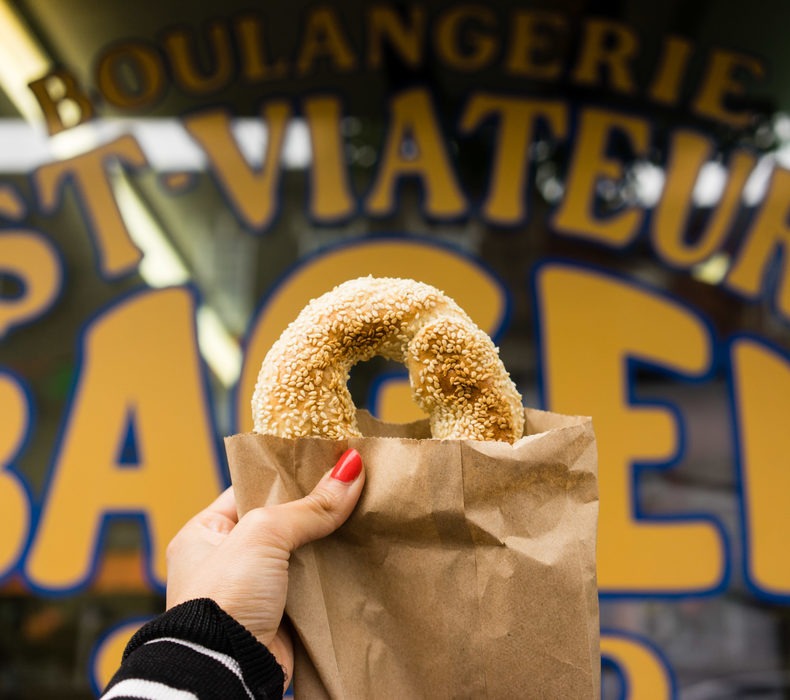 Everything you should know about the Montréal bagel

Every major city around the world who celebrates any kind of food scene has certain foods and dishes that put them on every foodie’s radar. Philly’s got cheesesteak sandwiches, Tokyo has ramen, London has fish and chips and Montréal’s claim to fame is the bagel. 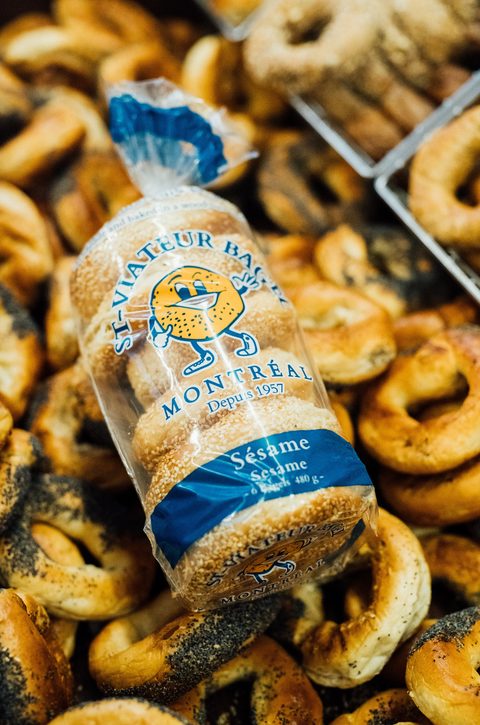 Being a very multicultural city, Montréal’s food scene was built largely by immigrants. Eastern Europeans who settled in Montréal brought their culinary customs, the biggest contribution to the city’s gastronomic identity being smoked meat and bagels.

The bagel was brought to North America by Jewish immigrants from Poland and other Eastern European countries. Controversy surrounds the question as to who brought the bagel to Montréal. Historians cite Chaime (Hyman) Seligman as the one to father the Montréal bagel where he sold them out or a carriage then establishing a bakery Saint-Laurent Boulevard in 1900. 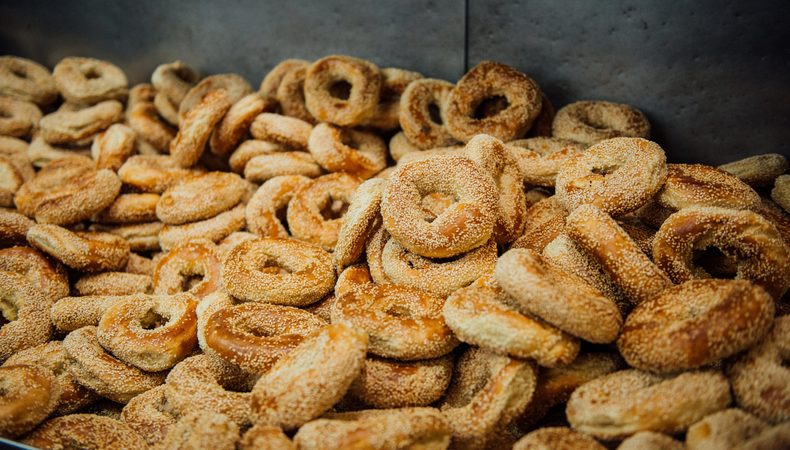 In another interpretation, Isadore Shlafman and Jacob Drapkin were said to be the first to introduce the bagel to Montréal. They opened a bakery located in a back alley on Saint-Laurent Boulevard who’s address only appeared on record in 1932, but is said to have opened as early as 1919. After a falling out, Shlafman relocated to Fairmount Avenue in the Mile-End and founded Fairmount Bagel Bakery in 1949, where it is still run by his grandchildren. 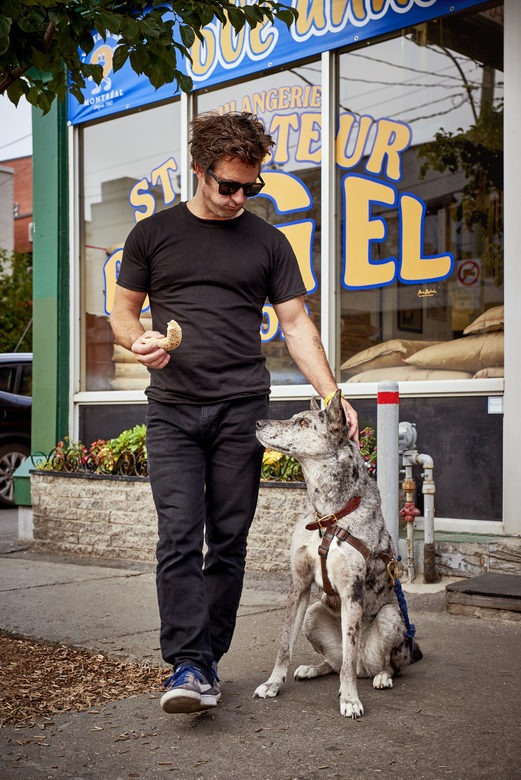 In 1953, Myer Lewkowicz, began working for Seligman until he was able to open his own bagel business in 1957 on Saint-Viateur Street. After a brief partnership with Shlafman, Lewkowicz established St-Viateur Bagel in the 1950s.

Compared to a “New York style bagel”, what makes the Montréal bagel the far superior is that, not only is each single bagel is made by hand, but they are poached in honey water before being baked in a wood-fire burning oven. This cooking process gives the bagel its distinctive chewiness, golden color and crust.

The proper way of eating a Montréal Bagel is fresh out of the bag – if you’re lucky enough to visit the bakery in person – or with nothing more than just a schmear of cream cheese. If you’re not able to get there in person, or are looking for souvenirs to cram into your suitcase before heading home, both main bagel houses offer their products at retail locations.

It’s common to see the Montréal bagel on restaurant breakfast menus as a choice in the bread basket. There are even entire restaurant menus that highlight the bagel like the one at Hinnawi Bros Bagel & Café – many different sandwiches with avocado, to turkey, smoked meat to grilled tofu.

Most notable is the Beautys Special at Beautys Luncheonette. This sandwich consists of cream cheese, smoked salmon, tomatoes and onions – featured on Anthony Bourdain’s CNN show “The Layover.” 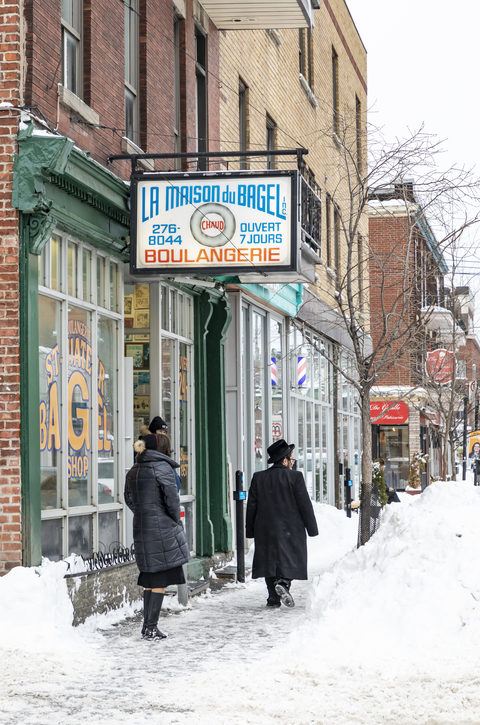 Fun fact; the Montréal bagel has been to outer space! Astronaut Gregory Chamitoff (Montreal native and nephew to the current owner of Fairmount Bagels) couldn’t think of leaving earth for six months without his favorite bagel, so he made sure to bring three bags with him to the International Space Station.

Ask any local which bagel is best and you will see that bagel alliances are fierce. Despite what may divide us, there is one things all locals can agree on: Montréal bagels are the best bagels. 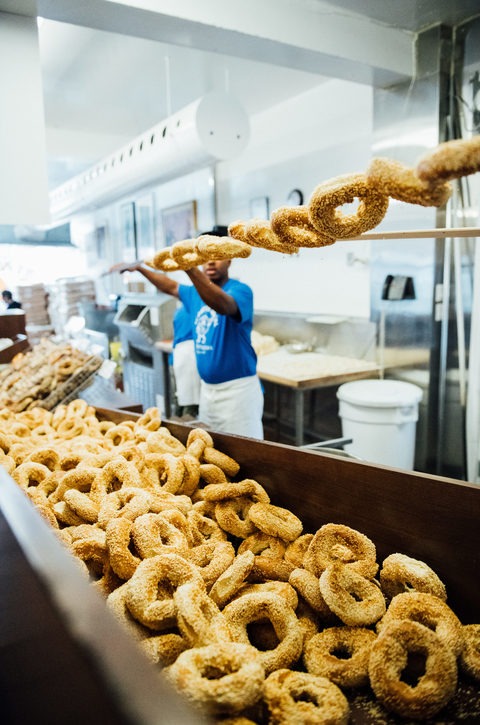 Here are some places to enjoy Montréal bagels: