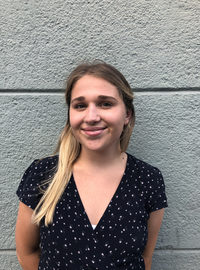 Anya Kowalchuk is a freelance writer based in Montréal. She received her BA in Art History from McGill University, and served as a food history tour guide at the Museum of Jewish Montréal from 2018-2020, where she continues to work as the Development and Community Engagement Coordinator.

Anya Kowalchuk is a freelance writer based in Montréal. She received her BA in Art History from McGill University, and served as a food history tour guide at the Museum of Jewish Montréal from 2018-2020, where she continues to work as the Development and Community Engagement Coordinator.

The Jewish community in Montréal has profoundly impacted the city’s literary, cultural, and culinary inclinations. Some of the city’s most iconic dishes, popularized by the robust Jewish presence have percolated into mainstream tastes, and have come to be seen as icons of Montréal’s food culture.

The first wave of Jewish migration to Montréal began in 1760, when the British army made its conquest of the city and brought with it merchants and traders who settled along today’s Golden Square Mile. The 1880s saw another wave of migration as a result of pogroms in Eastern Europe and rising anti-Semitic sentiment. This newer community was distinct from its older, English-speaking counterpart, as these new Yiddish-speaking immigrants settled along St-Laurent (playfully dubbed “the Main”). The Hasidic community began to form in the 1920s, with greater numbers arriving from Hungary and Lithuania, among other neighbouring countries, following the second World War.

Throughout the 20th century, Jewish immigrants began to arrive from a plethora of other countries, including Algeria, Tunisia, Iraq, Ethiopia and Argentina. The Moroccan community is particularly expansive in Montréal, a product of the country’s French colonial history, and comprises more than a quarter of the city’s Sephardim. Montréal is known for a few quintessential dishes, and aside from poutine, bagels and smoked meat are unanimously at the top of every list. Both of these staples are perfect examples of the way Jewish food has not only integrated into the city’s popular culture, but become symbols of the city itself.

Initially an everyday bread for Eastern Europeans, bagels were not seen as the specialty food they are today, but a low-cost way to stretch ingredients and feed families. Often housewives would make extra bagels for their children and husbands to sell on the street and as a means of subsidizing their incomes. There was also a superstition, due to the bagel’s round shape, that it could help ward off the evil eye, and thus became a talisman for protection.

Montréal bagels differ from other varieties in texture and in taste. Due to their unique production process of boiling dough in honey water and baking in wood-fired ovens, Montréal’s bagels are markedly denser and sweeter. The two most popular bagel bakeries today are St.-Viateur and Fairmount Bagel. While the two are often viewed as competitors, with loyal patrons that pledge their allegiance to one over the other, the two stores have a common ancestry—the Montréal Bagel Bakery. Opened in 1919, this institution was the meeting place for Hyman Seligman and Isodore Shlafman, the future owners of St.-Viateur Bagel and Fairmount Bagel respectively. Seligman and Shlafman went into business together, opening Fairmount Bagel in 1949. However, their partnership short lived and by 1953, Seligman opened St.-Viateur Bagel just a few blocks away.

Both bakeries are open 24/7, 365 days a year. This is in part a result of the high demand for bagels in the city, and in part due to the sluggish rate at which the ovens cool down, making it more convenient to continue baking throughout the night. The classic order at both of these establishments is a sesame bagel, and while other flavours are baked throughout the day, if you order sesame, it’s always guaranteed to be hot and fresh. 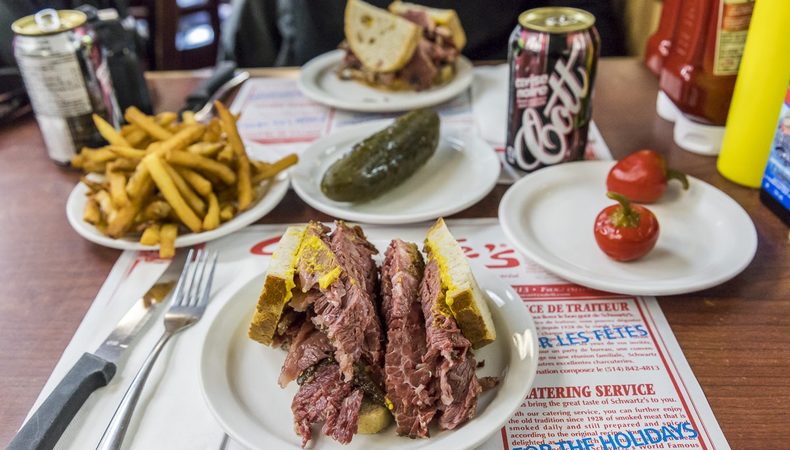 The grandfather of them all: Schwartz’s

Schwartz’s is the unofficial godfather of all things smoked meat. While you can find smoked meat at several delis around the city, none rival the authentic pageantry of dinning at Schwartz’s. First opened by Reuben Schwartz in 1928, Schwartz’s was one of the first delis to popularize the Romanian-style smoked meat that we know and love today. The end product is distinct from corned beef and pastrami because of its slow cooking process, which demands the brisket cut to be cured for 10-12 days in a spice mix, smoked for 8-9 hours, and then steamed for another 3 hours. The meat is then cut by hand, and served on rye, typically with a pickle and a Cott’s cherry cola. Schwartz’s has passed through many hands during its storied past, and even Celine Dion owns shares in the restaurant today. 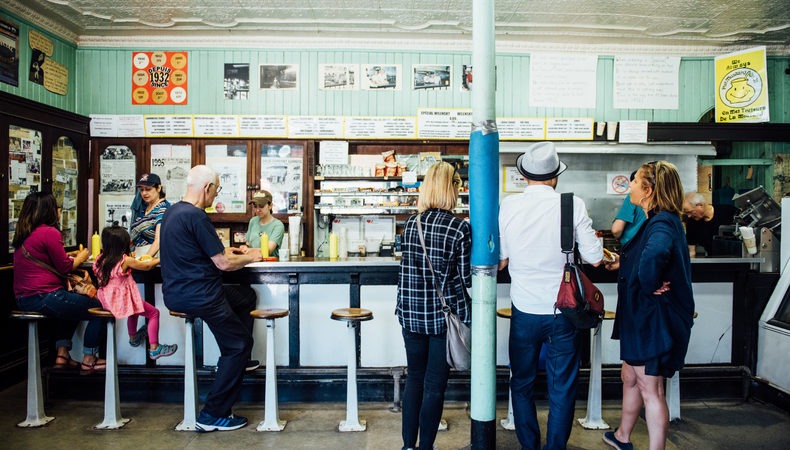 Wilensky’s Light Lunch is another hallmark of Montréal’s Ashkenazi cuisine. Borne of the working conditions in the Plateau Mile-End, Wilensky’s provided sustenance to the many employees working in textile factories that were located just south of where the deli stands today. These workers needed fast, filling, and easily transportable fare, and so began the tradition of the Wilensky’s special. The special hasn’t changed since its inception and consists of beef bologna with mustard on a pressed roll. If you do happen to visit, there are two important rules when ordering the special; it’s never to be cut in two, and never served without mustard. In the past patrons could pay 5 cents to have it without mustard, but in the name of tradition, this policy has been done away with entirely.

While the term “institution” gets thrown around a lot, Cheskie’s Heimishe Bakery truly is a neighbourhood institution to Outremont and its Hasidic community. It was started by Cheskie Leibowitz 19 years ago when he relocated to Montréal from Brooklyn to marry his wife and settle down. Leibowitz’s upbringing is evident in certain items on the menu, such as the black and white cookie, which can commonly be found in delis throughout New York. Be sure to try Cheskie’s Kokosh, a pastry similar to Babka that reflects the family’s Hungarian roots. Kokosh is denser than Babka due to its lack of proofing and rise-time, which leaves it flakier than its Polish counterpart. Here you can find Kokosh filled with poppyseed and chocolate, poppyseed being the traditional original as chocolate was not readily accessible until the later 19th century.

Located between what was once the economic hub of the neighbourhood to its east, and the social and organizational hub to its west, Beauty’s is another institution that has been a central meeting point for residents of the Plateau for the better part of the last century.

Founded in 1942 by newlyweds Hymie and Freda Skolnick, the diner was initially known as the Bancroft Snack Bar and is located at the intersection of the former Young Men’s Hebrew Association, the Jewish Public Library, and several key shmata, or textile, factories. Formerly a destination for gathering and sustenance to the neighborhood’s working class, today the diner persists as one of the most popular brunch spots in the Plateau, amongst locals and tourists alike.

Be sure to try the Beauty’s Special, a bagel with cream cheese, smoked salmon, tomato and thinly sliced red onion. The combo is a cornerstone of many Jewish delis because of its adherence to kashrut, and is thought to have initially been a kosher adaptation of the popular goy brunch dish, Eggs Benedict. 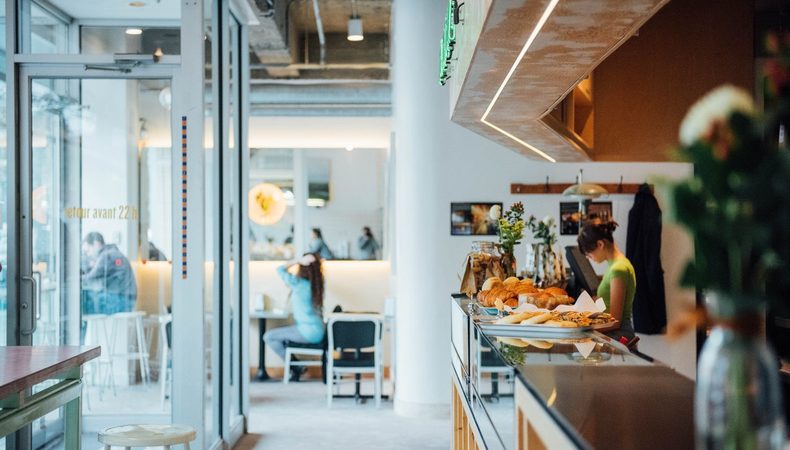 Hof Kelsten is one of the latest additions to the Plateau’s Jewish food scene. Opened in 2014 by Jeffery Finkelstein, the contemporary eatery is indicative of the growing popular interest in traditional Ashkenazi fare, and the bourgeoning “new Jewish food movement”. When Finkelstein opened Hof, his aim was to reproduce the foods he grew up with, applying the techniques he picked up working in Michelin-star restaurants around the world, and to remake these foods using only the finest of ingredients.

Here you can find a modern approach to the classics; borsch, brisket and rugelach to name a few, but you can also find more obscure dishes, like the oft-forgotten bialy. Originating from Bialystok, Poland, this bread is a close relative of the bagel, sharing an approximate shape and dimension. Whereas the bagel is boiled and baked, the bialy is simply baked, and has a shallow divot instead of a hole, typically filled with some combination of garlic, onions and poppy seeds. Hof’s are bialys are filled with onion and poppyseed, and it’s the only place in the city you can find them at all. 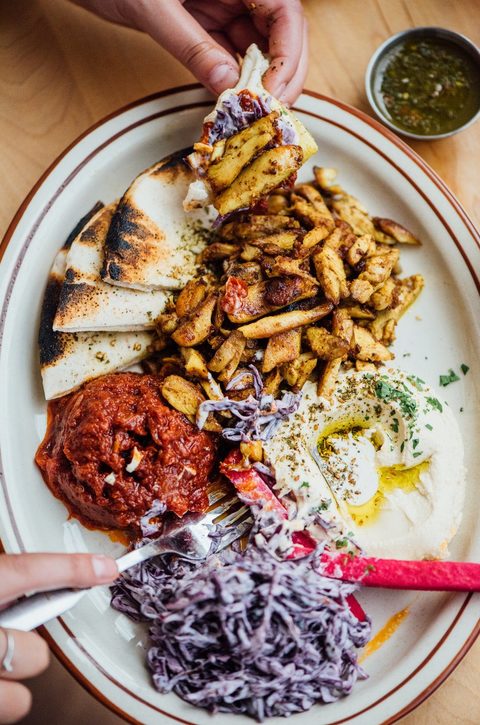 Despite the city’s sizeable Sephardic population, few establishments serve up the culinary staples of this community, enter: Sumac. Located in St. Henri and opened in 2014 by restaurateur David Bloom and chef Rachel Zagury, Sumac’s menu boasts a beautiful array of shawarmas, hummus and falafels, but it also has tell-tale signs of its distinct Jewish influence.

The spice mix za’atar, which adorns several dishes across the menu, originates from North Africa, the Arabian Peninsula and the Fertile Crescent, and exemplifies the long history of cross-pollination between Jewish and Arab cuisines. Though it varies between countries, and even vendors, Za’atar is commonly composed of sesame seeds and dried sumac, amongst other spices. Its known use goes back to ancient Egypt, and is recorded for its ceremonial purifying properties in the Talmud and the Torah. For an authentic experience of Jewish Moroccan fare, be sure to try their Salade Cuite. Consisting of roasted red peppers and tomatoes, you’ll be hard pressed to find this dish at many other restaurants in the city.

The Jewish food available in Montréal does more than provide diversity to the palate of visitors and residents alike. It gives diners a delicious entry point into a rich local history of migration, adaptation and collaboration, of perseverance and triumph. These foods are in other words, a taste of Jewish culture as well as an invitation into a world of cultural exploration and warm hospitality.