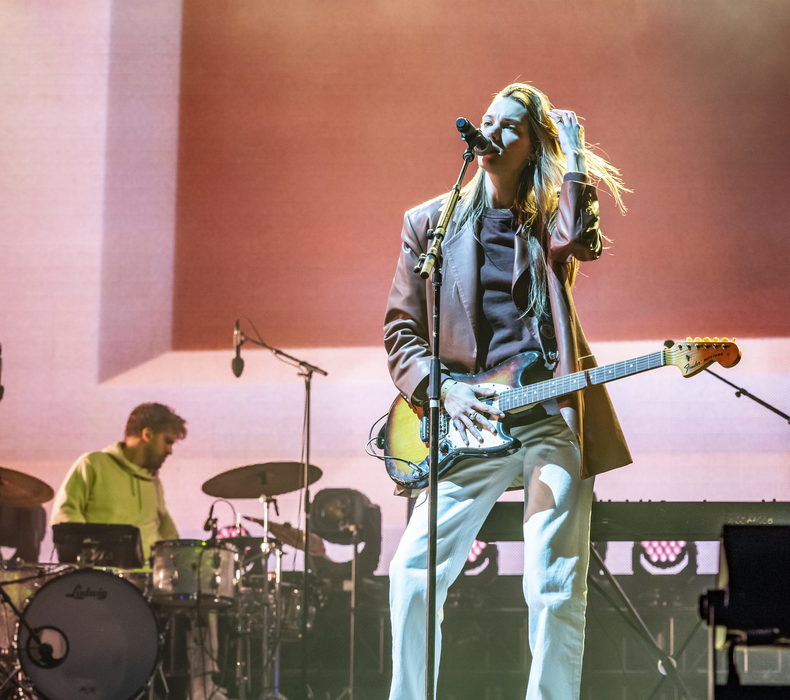 As a crossroads both between culture and geography, Montréal has long been a hotbed of artistic expression. And next to its active, world-renowned film scene shooting daily on city streets and busy gallery schedule showing works by local artists, Montréal has gained particular notice for its independent music scene which has captured the world’s attention since the 1990s.

If the scene has a spiritual forefather, his influence is not only easy to hear on the city’s music—it’s painted multiple-stories high in tribute murals on more than one local building. Leonard Cohen, one of the city’s most celebrated prodigal sons, lived life as an artist who never once compromised his artistic vision and whose absence is still sorely felt. He proved to musicians based here in this unique bilingual enclave with long winters that not only is anything possible—but that people the world over are listening.

While it’s impossible to encapsulate everyone who’s made music in Montréal, we hope this humble guide not only covers the basic rough timeline of MTL Indie’s progression, but also serves as a primer prompting further exploration. On any given night in Montréal, the next round of future influencers are performing in one of the city’s independent music venues—and the best way to discover them is here in person first hand with us.

(Tune into the MTL Indie playlist on Spotify to listen while you read!)

Starting in 1988, local upstarts GrimSkunk blended punk and international influences into their self-defined genre “world punk,” in the process helping to launch Québec’s “alternative” scene. Within the following decade, Montréal’s clubs came alive with groups like Tinker (whose Melissa Auf Der Maur joined Hole in 1994 and then The Smashing Pumpkins later in the decade) and Bran Van 3000 whose surprise hit ‘Drinking in L.A.’ saw them tour around the world alongside Björk and Massive Attack.

Meanwhile, Rufus Wainwright, the unstoppable offspring of Kate McGarrigle (of local legends Kate & Anna McGarrigle) and Loudon Wainwright III, was thrilling audiences with his unique blend of indie folk, cabaret, and opera at a weekly show at Café Sarajevo. In no time, the major labels came calling. (His sister Martha Wainwright  has achieved similar worldwide fame suggesting there must be something in the water by the Wainwright homestead).

And while Rufus delivered classic sit-down songcraft, bands like The Sainte Catherines—who took their namesake from one of Montréal’s biggest shopping streets and then proceeded to poke snotty fun at those who mill around the boutiques and cafés up until their most recent album Fire Works in 2010—and Me Mom and Morgentaler, who were active on the frontlines of the HIV-AIDS crisis in the city kept the kids entertained and educated until things took a turn into something else entirely.

Over brooding drone, a voice speaks: “The car is on fire, and there’s no driver at the wheel.” With these words opening their debut album F#a#infinity, the collective known as Godspeed You Black Emperor  (and later Godspeed You! Black Emperor, occasionally God’s Pee) transformed the face of indie music in Montréal. Released on vinyl lovingly hand-packaged with original photos, a manifesto on wax paper and a penny flattened on the rails by the group’s home base in the Mile End, GY!BE came out of nowhere, enshrouded in mystery they’ve scrupulously maintained to this day (the group’s most recent album G_d’s Pee AT STATE’S END! was released in 2021).

Signed to the aptly named Constellation Records, a group of like-minded groups filled loft performance spaces and old factories like the Darling Foundry, building a Montréal mystique hand-in-hand with defiantly DIY ethics. Groups like Fly Pan Am, 1-Speed Bike, Hangedup, Exhaust, and Godspeed offshoot Thee Silver Mt. Zion all emerged. Poster artists like Seripop created a visual language all Montréal’s own—you may not have been able to read the when and where details for the shows advertised, but word of mouth got you where you needed to be.

And more than two decades on from F#a#infinity, the scene Godspeed and Constellation cultivated continues, still maintaining the mystery and releasing bespoke screen-printed records by experimenters like Steve Bates, T. Gowdy, Automatisme, JOYFULTALK, Kee Avil, Jason Sharp, Jerusalem In My Heart, Jessica Moss, and  Esmerine with no sign of slowing down.

After the (Arcade) Fire

Not going to lie – winters in Montréal are powerful. That doesn’t mean we all just hibernate indoors, but winter here has always inspired the art made here, and with their unparalelled 2004 debut Funeral, Arcade Fire  released a rollicking ode to life, death and snow. With these lyrics befitting the weather, “If the snow buries my neighourhood […] I’ll dig a tunnel from my window to yours,” this band of local misfits took flight in opener ‘Neighbourhood #1 (Tunnels)’ and didn’t let up for the next 48 minutes. Recorded at Hotel2Tango, a now legendary studio in the Mile End under the guiding hand of producer Howard Bilerman (who also plays drums on Funeral), Arcade Fire found the middle ground between GY!BE’s stately orchestrations and chest-beating indie rock.

The floodgates opened and a multitude of bands gained near-instantaneous world-wide acclaim, international magazines and websites pitching Montréal as the next “It” City. Some lasted but a heartbeat—the sorely missed  The Unicorns reunited in 2014 for just three more shows, while The Witchies called it quits far too early. Others have lasted years, building celebrated discographies and keeping the MTL flames burning. Groups like The Besnard Lakes, The Dears, Stars, Plants & Animals, Islands, The Barr Brothers, Patrick Watson, Wolf Parade (and associated projects Sunset Rubdown and Handsome Furs), Metric, Suuns, Half Moon Run and Land of Talk experienced break-out success the world over. Other tested-and-true artists like  Basia Bulat and Tegan and Sara re-located to the city and their music’s never been the same.

French language acts (who sometimes sing in English, too) also entered a renaissance period, with artists like the dreamy  Cœur de Pirate, Malajube (whose break-out single ‘-40°C’ is yet another ode to Montréal in winter), and Polaris Prize winners Karkwa gaining English fans while singing en français. Other French-language acts your ears will love include Charlotte Cardin, Peter Peter, and Pierre Lapointe.

While guitar-led bands ruled throughout the 2000s, things have taken a turn away from six strings towards electronic beat-driven dance-alongs open for everyone. Early adapters like the monumental queercore collective Lesbians on Ecstasy, the beachy (with swirling harmonies that could make the Beach Boys swoon) Miracle Fortress, punk-funk weirdos Les Georges Leningrad, the frisky pranksters Chromeo, and the incomparable tUnE-yArDs (and Sister Suvi before them) led the way for Montréal’s next indie evolution.

Born Clare Boucher, Grimes appeared on the scene in 2010 with a pair of debut albums, Geidi Primes and Halfaxa. Quickly signed to influential UK label 4AD (responsible for The Cocteau Twins and The Pixies amongst countless others), Grimes set local trends and Montréal answered the call. Introspective electronica groups like Braids (and side project  Blue Hawaii), Milk & Bone, Majical Cloudz, Purity Ring, and the pop chameleon  Sean Nicholas Savage came to represent the sound of the city. Having brought the world Grimes, Braids, Majical Cloudz, and Sean Nicholas Savage, where Constellation came to represent the 2000s, upstart labels like Arbutus Records are helping do the same for the 2010s.

Where to next? As the definition of “indie” itself expands, Montréal’s indie music scene does the same in return. Soundscape sculptor Markus Floats creates audio realms its easy to lose yourself into, while Partner are a queer-savvy duo with a unique back-and-forth energy worth getting acquainted with. Polaris Music Prize winning hip-hop notaries Cadence Weapon (who spits rhymes of love for his old Montréal neighbourhoods on tracks like ‘My Crew (Woooo)’), horrorcore leader pace-setter Backxwash, and producer extraordinaire Kaytranada (who’s setting beats for the biggest names in the game) have all called Montréal home. Thanya Iyer and Clerel lead a pack of young singer-songwriters with unique musical visions. And last but not least, the 2022 recipient of the Polaris Prize for his album José Louis and the Paradox of Love, Pierre Kwenders’ blend of globe-trotting sounds is helping write a new musical language (and why not, as he’s already fluent in four) both on record and at his Moonshine dance party series, secret locations revealed by SMS the night of.

And trust us, there’s way more where all that came from.