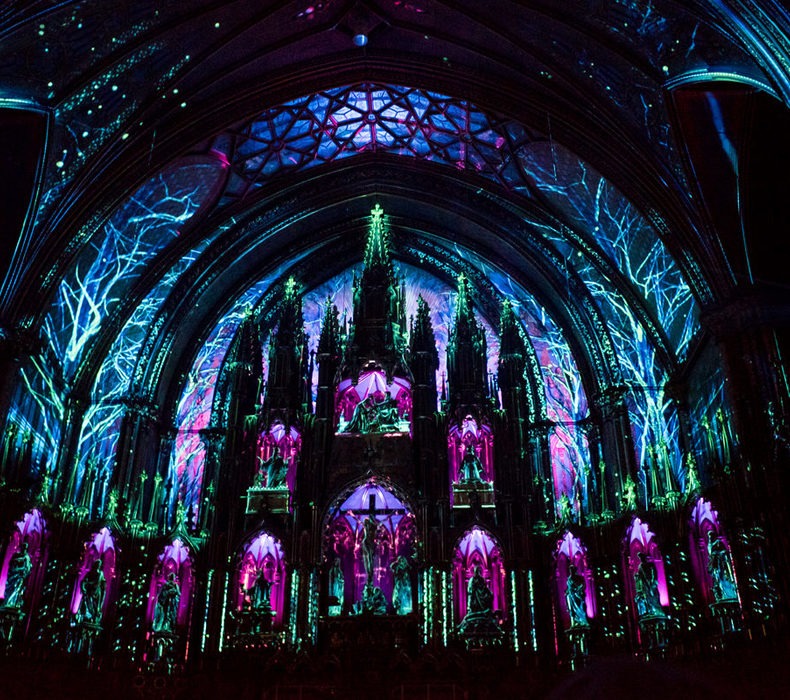 Montréal’s magnificent basilica named after its first parish, Notre-Dame, is among the city’s most iconic buildings. The stunning architectural details of this 188-year-old heritage church is the inspiration for AURA, the latest project by the Montréal visual and sound effects company Moment Factory (the same folks who did the illumination of Barcelona’s Sagrada Familia in 2011). Created as part of Montréal’s 375th anniversary celebrations, AURA immerses visitors in a dazzling world of light and sound, using the exquisite details of the interior of the church as a canvas to create a high-tech masterpiece.

This immersive experience unfolds in two stages. First, visitors are invited to explore the Basilica through a series of multimedia installations that highlight the art and craftsmanship of the church interior. Next, a 20-minute multimedia show pays tribute to the building’s interior decoration and architecture, accompanied by a powerful and moving soundtrack. The awe-inspiring visual effects are a myriad of contrasts that highlight this extraordinary historic treasure in all its grandeur. The result is a powerful and majestic sensory experience to be enjoyed year-round. 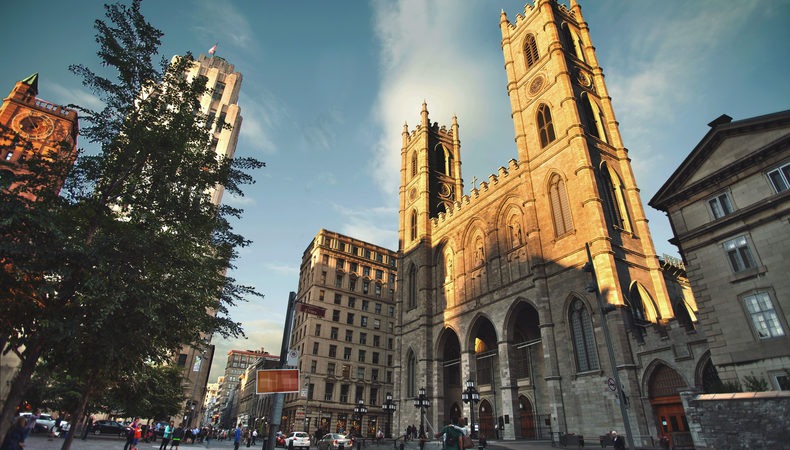 A brief history of a big Basilica

Early in the 19th century, the congregation of Notre-Dame parish began to outgrow their first parish church, which was built in the 17th century across from today’s church. The new Notre-Dame church, with its stately Gothic Revival design, was built over a period of several decades, with construction beginning in 1824. The towers were completed a little later, in the 1840s. The Sainte Chapelle in Paris was the inspiration behind the interior decoration that we see today. When it was completed, it was the largest place of worship in North America at the time. Today, the Notre-Dame Basilica is a place of national importance, playing host to, among others, the funerals of prominent figures (Pierre Elliott Trudeau, Maurice “Rocket” Richard, etc.) and celebrity weddings (think back to Céline Dion’s impressive headdress in 1994).