Free things to do this fall in Montréal

Montréal in the fall is a beautiful sight no matter what your budget – free stuff to do abounds! Good weather lasts through September and October, meaning outdoor activities are plentiful, while indoor no-cost entertainment continues through November and right into winter.

With city views, leafy forest paths and fresh air, a visit to Mount Royal is a must – look out on the city from the Kondiaronk Belvedere and the Mount Royal Chalet, and walk a little further for a closer look at the mountain's illuminated cross. Follow the beautiful Promenade Fleuve-Montagne path, from the mountain into downtown and down to the St. Lawrence River, featuring monuments, art installations and more along the way.

Explore more of Montréal's parks and green spaces, including beautiful Parc La Fontaine in the Plateau and Parc Jean-Drapeau on Île Sainte-Hélène, where you'll also find the Stewart Museum, free for kids 12 and under. Peace and quiet also awaits in Montréal's many churches and sacred sites, from Old Montréal and downtown churches to Saint Joseph’s Oratory of Mount Royal in Côte-des-Neiges.

Discover some of Montréal's liveliest neighbourhoods through live music, activities, food and drink throughout September and into October at ephemeral open-air market spaces Jardins Gamelin near the Village, the Old Port's Marché des Éclusiers and Les Jardineries on the Esplanade of the Olympic Park. Montréal’s public markets, including Jean-Talon Market and Atwater Market, always make for colourful browsing – if the weather's agreeable, pick up something seasonal to eat and go for a picnic in the park. Get there and everywhere on transit, by foot or by bike – check out our guide to bike paths, bicycle rentals, BIXI and all things biking in Montréal.

Keep your eye out for pop-up performances, music and more thanks to POP Montreal International Music Festival from September 23 to 27, Festival International Nuits d'Afrique from September 27 to October 31, comedy festival Just For Laughs from September 29 to October 11, and the Arab World Festival of Montreal in late October, while in late November M for Montréal features more pop, electro and hip hop shows and Mundial Montréal shines the spotlight on world music. And the Montréal Bach Festival celebrates the composer from November 19 to December 6. Also watch for dance performances and acrobatics outside at the Place des Arts Esplanade during late September's Hors les murs event.

See the McCord Museum's historic Go Play Outside! photography exhibition along McGill-College Avenue until November 8 and the museum's Urban Forest until October 4 – a visit to the museum itself is free to kids 12 and under and the McCord Museum app lets you discover how 150 landmarks looked in another era. There's more public art downtown and everywhere in the city, like Village Motel at open-air Galerie blanc. Take a musical soundwalk with the Portrait Sonore app. After dark, look for the historic multimedia tableaux projections of Cité Mémoire in Old Montréal. And spot Montréal's murals of Leonard Cohen on Crescent Street near the Sir Winston Churchill Pub and on Saint-Laurent Boulevard at Napoleon Street not far from Schwartz's, plus new MURAL Festival art along Saint-Laurent Boulevard and its side streets. 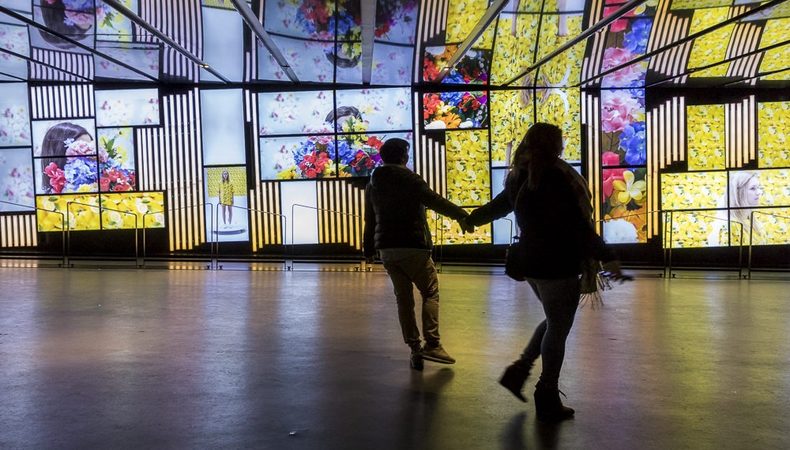 This year's city-wide Les Journées de la culture event expands from one weekend to a whole month: from September 25 to October 25 most of the city’s galleries, major museums and cultural spaces offer free activities for all ages, including workshops, guided tours and performances celebrating local art and culture. The Montréal Museum of Fine Arts is currently free to anyone 20 and under and hosts must-see exhibitions Paris in the Days of Post-Impressionism: Signac and the Indépendants, Haitian-Montrealer artist Manuel Mathieu's solo exhibition Survivance, and Jewish-Montrealer Yehouda Chaki's Mi Makir, A Search for the Missing. Outside the museum, walk among impressionist-inspired Sailboats on Du Musée Avenue. At the Musée d'art contemporain de Montréal (free for kids 12 and under), see a portrait of 1980s painting in Canada in Painting Nature with a Mirror, the moving-image art of Points of Light, thematic work by 30 Montréal artists in La machine qui enseignait des airs aux oiseaux, and John Akomfrah’s video installation Vertigo Sea.

At Place des Arts' exhibition space, see new exhibitions this season, including the photography of Montréal Landscapes: The Great Scottish Heritage. At the Fondation PHI pour l'art contemporain see painting exhibition Relations: Diaspora and Painting, exploring the complex meanings of diaspora, while Galerie de l'UQAM hosts multi-artist show Repriser/Mending. And go gallery hopping around the city: drop by the many galleries along the cobblestone streets of Old Montréal and in the Belgo Building on Sainte-Catherine Street such as Galerie Hugues Charbonneau, Skol, B-312 and SBC Gallery, and check out Parisian Laundry in Saint-Henri, Mile End galleries Centre CLARK, Dazibao, Galerie Youn and more on de Gaspé Avenue, and Never Apart in Mile-Ex.