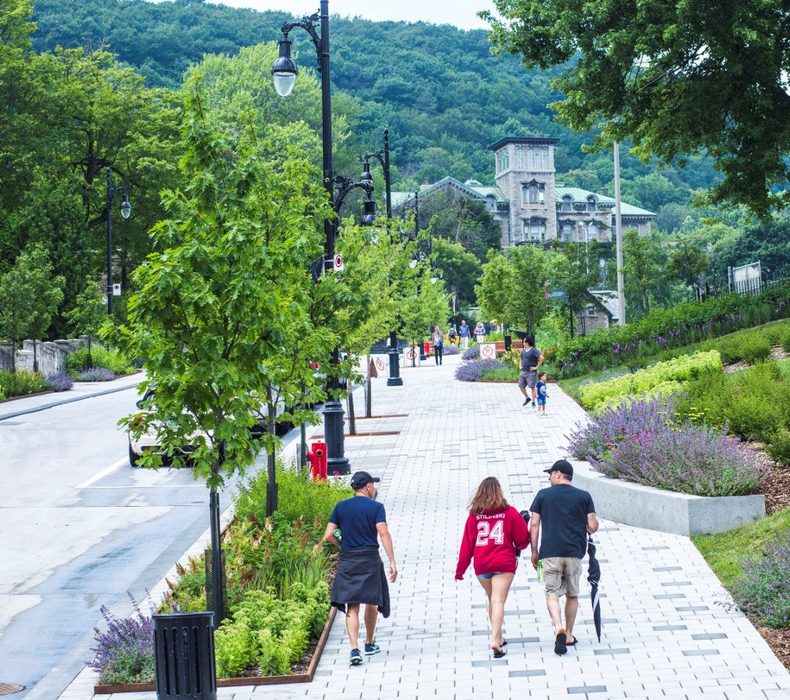 You can now experience two of Montréal’s most stunning landmarks in one fell swoop: the St. Lawrence River and Mount Royal Park. Gently stroll from one to the other on the beautiful, 3.8 kilometre Promenade Fleuve-Montagne, featuring wide sidewalks, pedestrian crosswalks, rest areas and greenery, representing a multimillion dollar investment from the city. It’s a legacy of Montréal’s 375th anniversary celebrations. 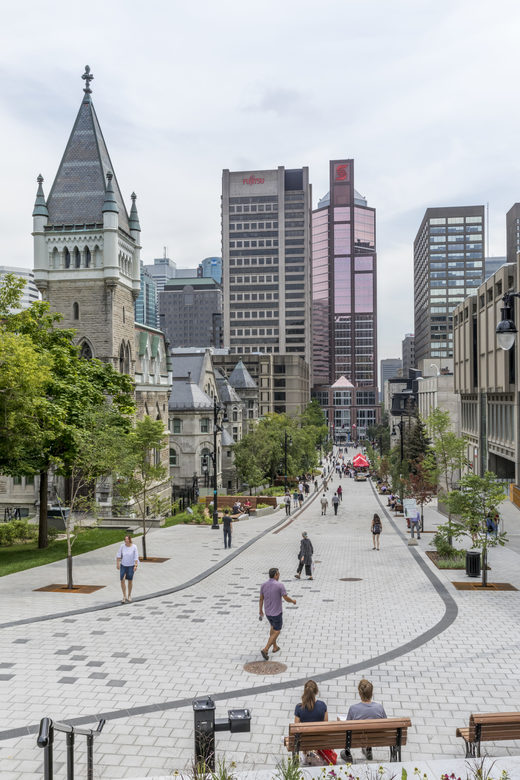 Starting at the Mountain

Armed with the printable guided tour and map, begin on the west side of Mount Royal Park, where the mountain meets Pine Avenue. Head east until McTavish, which you’ll walk southward on until Sherbrooke. Hang a left on Sherbrooke until the McGill campus gates, at which you’ll turn right onto McGill, heading southward for three blocks until Sainte-Catherine. Turn left and walk on Sainte-Catherine until Philips Square, then cross the square and stay on this street (which turns into Côte du Beaver Hall) until Viger. Turn left on Viger and walk a small block until Square Victoria, then right and down the hill all the way on Square Victoria (it will turn back onto McGill) until Place d’Youville, when you’ll make a left. Finish the walk by strolling and spotting the landmarks on Place d’Youville, then hang a right on De La Commune: there you are, at the St. Lawrence River. 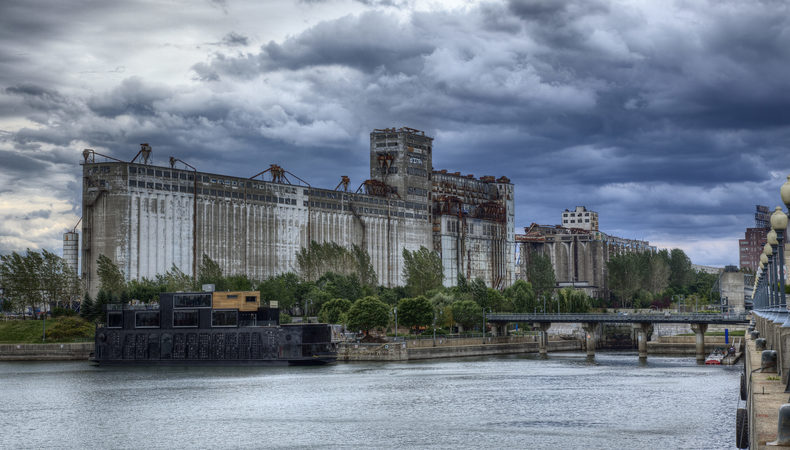 Ending at the River

The St. Lawrence River is the place where it all started in Montréal – this is where the very city was founded. Along the walk, though, it’s only one of the over 100 points of interest to see. They’re all grouped under four themes in the guided map, introducing you to Montréal’s Urban Landscape, the Memory of Places, the Built Heritage and Public Art that marks the course. Some of the coolest sites on the way include the pastry shop of Alfred Joyce (a stunning historical building at the northeast corner of Square Phillips), the huge Grain Silo no. 5 (a defunct grain storage building from the beginning of the 20th century) and the historic Place d’Youville (the axis of Fort Ville-Marie and the site for public markets and the parliament of Canada).

As a landscaped environment featuring works of public art, the Promenade Fleuve-Montagne showcases iconic streets and public spaces throughout the central section of the city and makes a fantastic half-day out. Part of everyday life of residents and downtown workers, it’s also a way for visitors to get a picturesque sense of the city.