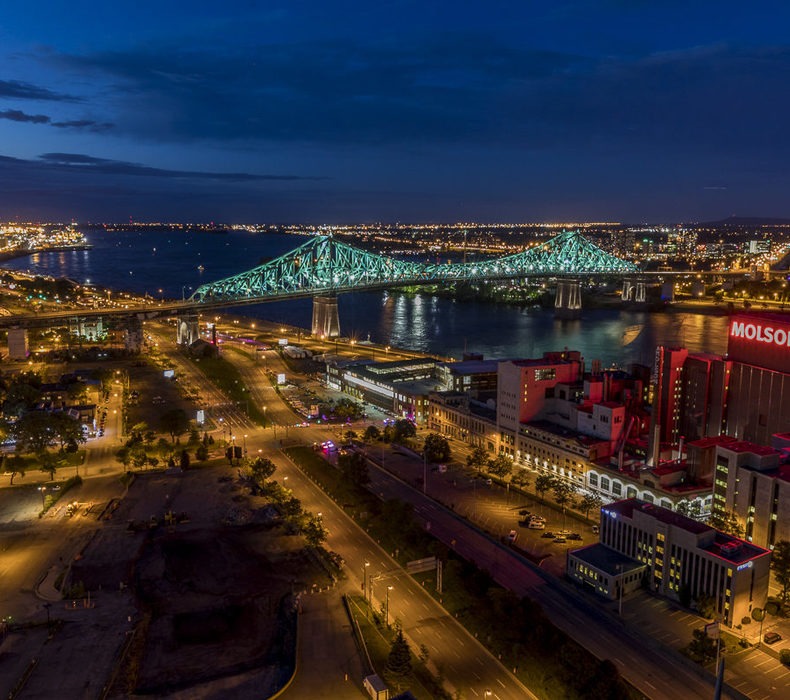 It’s an island, it’s a mountain, it’s a… Much like its human geography, Montréal is a fascinating study in the diversity of its physical geography as well – both natural and man-made. Let’s explore some of the highlights defining the lay of the land. 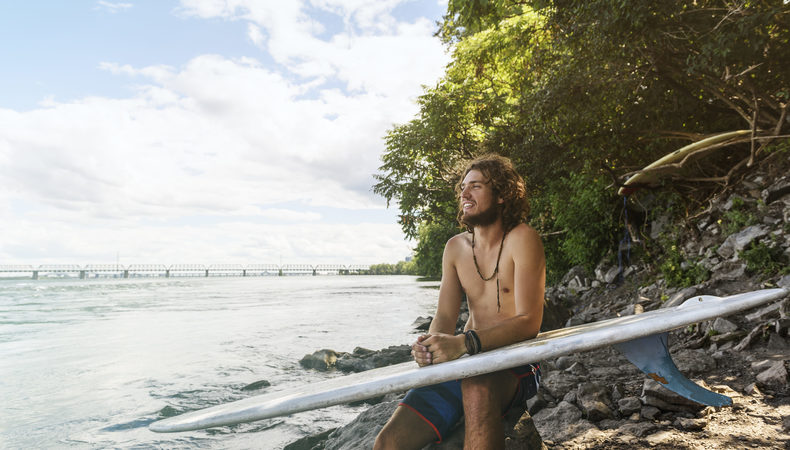 A river runs around it

What has a mountain, makes little directional sense, has every flavour of weather, and is an island in an archipelago? We bet you guessed Montréal, and you’d be right. And not only is Montréal a bona fide island, it’s 1) the largest island in what’s called the Hochelaga Archipelago, which is comprised of 235 islands, and 2) the second most populated river island on the planet (behind Zhongshan in China). Montréal is located at the confluence of the mighty St. Lawrence and Ottawa Rivers, which flow south around the island through Lac St-Louis and north by way of the Rivière des Prairies. Befitting our water-bound condition, kayaking, jet-boating, white water rafting, surfing, fishing and all other manner of water sports and recreation are a big deal here. 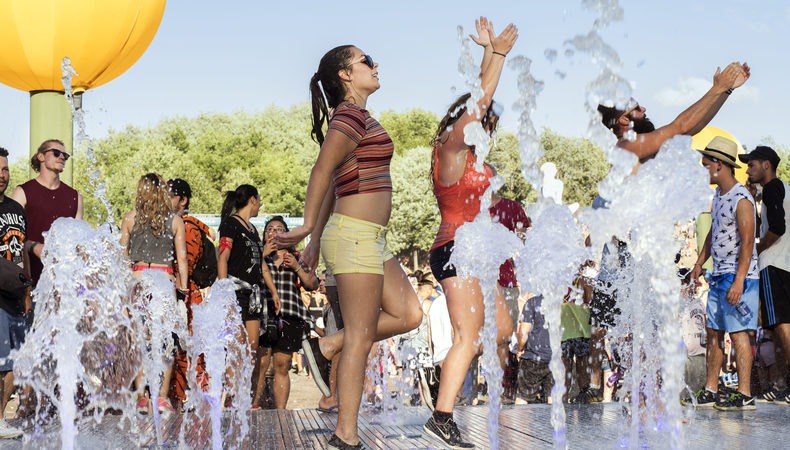 Side by side, immediately south of the city’s Old Port, are Île Sainte-Hélène and Île Notre-Dame. While Île Sainte-Hélène – home to the Biosphère, La Ronde amusement park, the International des Feux Loto-Québec fireworks competition and concert events like Osheaga, ’77 Montréal and îleSoniq – is part of the original Hochelaga Archipelago, Île Notre-Dame is a relative newcomer. Notre-Dame was created using 15 million tons of excavated rock from Montréal’s then-new metro (subway) system, over a period of 10 months in 1965, part of the Expo 67 World’s Fair. It’s currently home to the Formula 1 Grand Prix du Canada, the Casino de Montréal and the Olympic Basin, the largest man-made rowing basin in North America. At the centre of the action

Credit where credit is due: there wouldn’t be an Island of Montréal if there weren’t a river of St. Lawrence. With its head in the Great Lakes and its mouth 1,600 km east of the city in the Atlantic Ocean, the St. Lawrence River made Montréal a major transportation hub for some 200 years, and the financial/industrial centre of Canada for 150 of them. And it’s not like things are a whole lot quieter now: the Port of Montréal continues to receive over 2,200 cargo ships a year, and the recently completely reimagined and redone Cruise Terminal on the Grand Quay sees upwards of 100,000 passengers annually during cruise season, which opens in early May and closes at the end of October. 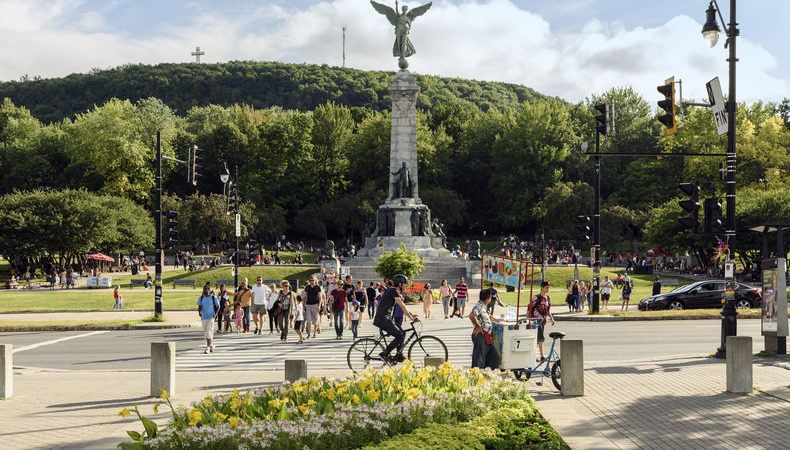 Okay, so it’s not exactly K2, but Mount Royal is the tree-covered centrepiece on the table of life here in Montréal and we happen to be quite proud of it. Standing 233 metres (or almost 765 feet), the mountain is an iconic symbol of the city piled high with other iconic symbols of the city: Saint Joseph’s Oratory, the mountaintop Mount Royal Chalet, the stately former Royal Victoria Hospital, Percival Molson Memorial Stadium (where Montréal’s pro football team, the Alouettes, play) and, of course, most iconic of all, the Mount Royal Cross. Fully half of the mountain is covered in cemeteries, and despite the persistent belief that Mount Royal is a dormant volcano, it’s actually what’s called an igneous intrusion, so there’s no need to worry about a future eruption of gravestones. 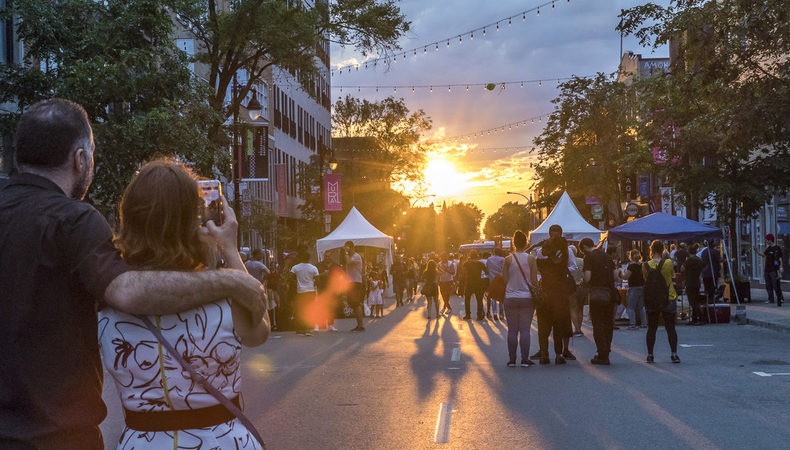 Where the streets aren’t quite what they seem

If you ask a Montrealer directions as to whether something is north, south, east or west, take their response with an industrial-sized grain of salt. Like most major Canadian cities, Montréal’s streets form a grid, with major arteries running east/west and north/south. Only problem is, they were laid out as though the St. Lawrence River flows west to east, which it mostly does, except when it gets to Montréal and takes a northward turn. The result? What we call north is actually closer to west, what’s west is more south and so on. It does, however, make for some beautiful summer sunsets right at the end of Saint-Laurent Boulevard looking, um, north. 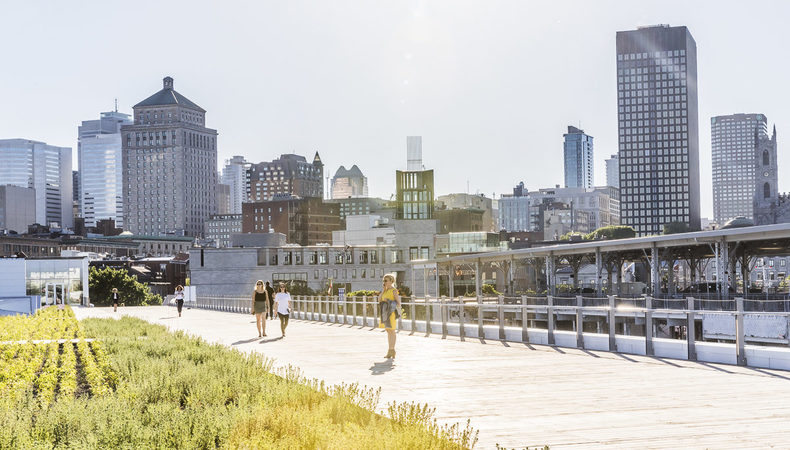 Our spot on the North American map, at the intersection of several climatic regions, means that not only do we enjoy four distinct seasons, but when it gets hot, it can get really hot, and when it gets cold, well, you know. Classified as a humid continental climate, we don’t lack for precipitation, getting an average 82 inches of snow in the winter and nearly 31 inches of rain the rest of the year. That said, Montréal gets over 2,000 hours of sunshine per year, considerably more than cities in Europe at a similar latitude. 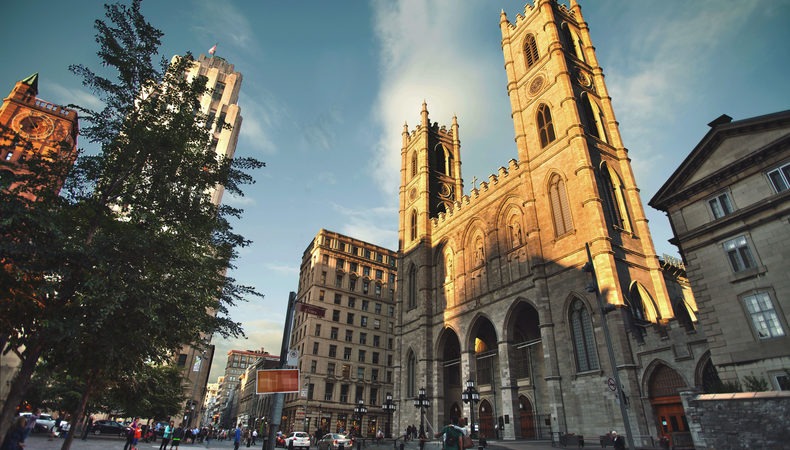 Apart from its interesting natural geography, Montréal is also home to some fairly monumental, iconic man-made creations. Among these would be the Olympic Stadium with its famous inclined tower, Old Montréal’s Notre-Dame Basilica and the river-spanning Jacques-Cartier Bridge. Approximately 36 million vehicles cross the winding, 10.4 km steel truss cantilever bridge each year, and the iron giant is currently home to a massive, illuminated, interactive art piece titled Living Connections. A more recent addition to our urban geography is the Promenade Fleuve-Montagne (the “River-Mountain Walk”), a 3.8 km pathway joining the Island of Montréal’s two great defining natural features, Mount Royal and the St. Lawrence River.