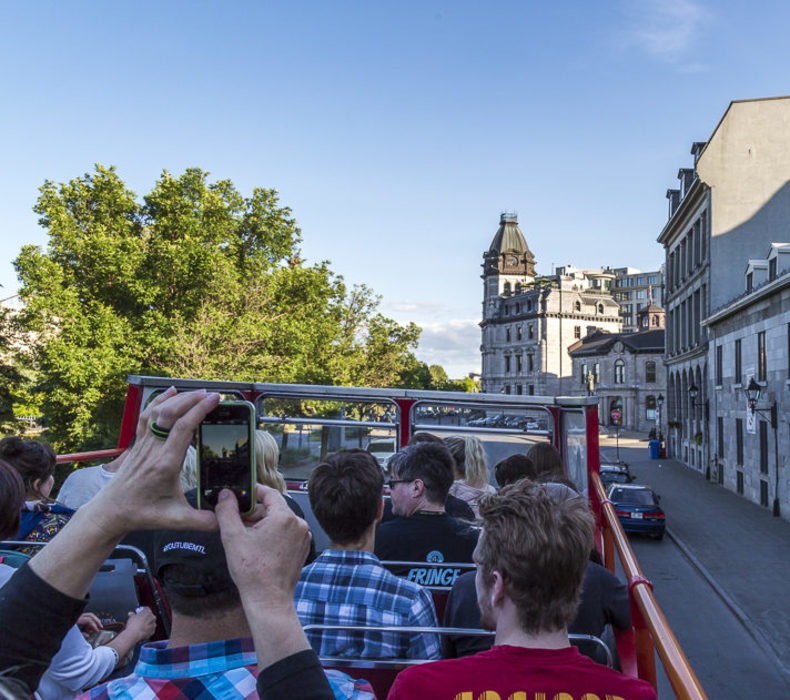 The most Instagrammable spots in Montréal [part 2]

If you saw part 1 of our round-up of the most Instagrammable spots in Montréal and wondered why some of your favourite places were not on the list, fear not: part 2 of our series serves up nine more photogenic spots for capturing amazing #MTLmoments. Do you have a place to recommend? Drop us a line.

Hotspot: There are lots of great views of the Biosphère, Environment Museum from Chemin Tour-de-l’Isle on Île Sainte-Hélène. Just hop the metro to the Jean-Drapeau station and start strolling along the paths for a vantage point that sparks your inspiration. The Biosphere is a geodesic dome designed by architect Buckminster Fuller as the pavilion of the United States for the 1967 World Fair, Expo 67, and is now the only environment museum in North America.

Nearby: Once you are at Parc Jean-Drapeau there are tons of things to see and do nearby: the Aquatic Complex, Jean-Doré Beach, the Casino de Montréal (the former French Pavillion), plus, if your timing is right, you can take in music festivals and happenings like Piknic Électronik, Osheaga, Music and Arts Festival, îleSoniq Montréal and Heavy Montréal.

Hotspot: The Boer War Memorial – the only equestrian statue in Montréal – in the centre of this urban square. The monument faces north, towards the cross atop Mount Royal, which was visible from the square up until 1929. From 1799 to 1854, Dorchester Square was the site of the Montréal Catholic Cemetery.

Nearby: Place du Canada, across the street from Dorchester Square, has been completely redesigned and is another beautiful spot to relax and take in views of downtown. Just steps away are lots of great shopping options on Sainte-Catherine Street and throughout the underground pedestrian network. Stop by the Barbie Expo at Cours Mont-Royal, a fun, free activity for the whole family. History buffs will want to visit the Mary Queen of the World Cathedral, inspired by Saint Peter’s Basilica in Rome.

Hotspot: Parc La Fontaine’s two linked ponds and fountains are popular in the summer and transform into an outdoor skating rink in the winter.

Nearby: This 34-hectare (84-acre) urban park is located right in the heart of Le Plateau and just steps from the northwest corner of the park is the legendary 24-hour paragon of poutine eateries La Banquise. Continue weaving west and north to explore the Plateau and Mile End neighbourhoods, with their eclectic stores and restaurants and iconic staircases.

Hotspot: The rides at La Ronde, a Six Flags amusement park, are the main attraction, of course. Thrill-seekers love to take photos of themselves laughing (okay, sometimes screaming) with friends on park favourites like Le Goliath, Le Monstre and Le Vampire.

Nearby: On Wednesdays and Saturdays in July, Lac des Dauphins at La Ronde is the place to get a front-row seat for L’International des Feux Loto-Québec, Montréal’s annual fireworks competition.

Hotspot: Hector Guimard’s Art Nouveau entrance portico frames the Saint-Antoine Street entrance to Square-Victoria–OACI metro station. Created in 1900, it was given as a gift to Montréal in 1967 by the RATP (Régie autonome des transports parisiens) to symbolize the collaboration of French and Canadian engineers in the building of the city’s metro.

Nearby: Continue exploring public art in the Quartier international, starting with Ju Ming’s massive – and massively popular – “Tai Chi Single Whip” sculpture, just a few steps from the metro entrance. Walk south to see the bronze and granite Victoria Memorial monument; then head into the World Trade Centre Montréal for a reflective moment at the huge stone fountain dominated by the statue of “Amphitrite, wife of Poseidon”. Take the easternmost exit and continue east along Saint-Antoine to experience Jean-Paul Riopelle’s “La Joute”, located in front of the multicolored façade of the Palais des congrès de Montréal (convention centre). During evenings from mid-May to mid-October, this fountain-sculpture comes to life with flames that rise in a fantastic show of mist and light.

Hotspot: The view of the Arts Building with its iconic cupola and flag pole from the Roddick Gates on Sherbrooke Street at McGill College.

Nearby: Explore the campus of McGill University, which was founded in 1821, making it the oldest university in Montréal and one of the oldest in North America. Its 32-hectare (80-acre) downtown campus has a real “ivy league” feel with an eclectic collection of over 300 buildings with architectural styles ranging from Richardsonian Romanesque to Brutalism. Walk up the stairs of the Arts Building and look south for a great view of McGill College Avenue and downtown.

Rainbow Balls in the LGBTQ+ Village

Hotspot: You can get great shots anywhere along the one-kilometre long canopy of rainbow balls on Sainte-Catherine Street East – but hurry, because 2019 will be the last year to see it! The organizers of the various art installations in the Village, Aires Libres, have set up a lookout where you can climb the stairs for a bird’s eye view.

Nearby: Foodies will want to check out some of the newer eateries in and around the Village like Le Blossom, Le Red Tiger and Agrikol, to name a few. At the west end of the Village (at the corner of Sainte-Catherine and Saint-Hubert), explore the Jardins Gamelin at Place Émilie-Gamelin, which offers food, activities and shows all summer.

Hotspot: The corner of Sainte-Catherine and Jeanne-Mance streets is the heart of the Place des Festivals (often tagged #placedesarts, which is right next door) in the Quartier des spectacles. Festival season brings people together to enjoy free shows, innovative art installations brighten up winter nights during Luminothérapie and the space also features a 235-jet fountain – the largest interactive fountain in Canada.

Nearby: The esplanade of Place des Arts is a popular place to soak up the sun or do a little people-watching before a show or performance. The Musée d’art contemporain de Montréal borders the Place des festivals for those who want to get their modern art fix. Walk east along Sainte-Catherine Street and you’ll usually find street entertainment and lots of colourful characters along with popular entertainment venues like Théâtre du Nouveau Monde, MTELUS and Foufounes Électriques.

Hotspot: The plate in front of you. Seriously. Folks just can’t seem to get enough of posing their pickles and stacking their sandwiches for the perfect foodie-gram moment. Oh, and don’t forget the black cherry soda for the classic Schwartz’s experience. The “Montreal Hebrew Delicatessen” was founded in 1928 by Reuben Schwartz, a Jewish immigrant from Romania, and is the oldest deli in Canada.

Nearby: Schwartz’s is a veritable landmark on Saint-Laurent Boulevard, known to locals as “the Main”, which offers a treasure trove of restaurants, bars, stores, galleries and more. You could spend days exploring the quirky paradoxes of this storied street. Or visit the spectacular art created for the annual MURAL Festival. The festival website offers an interactive map, or you can book a guided tour.