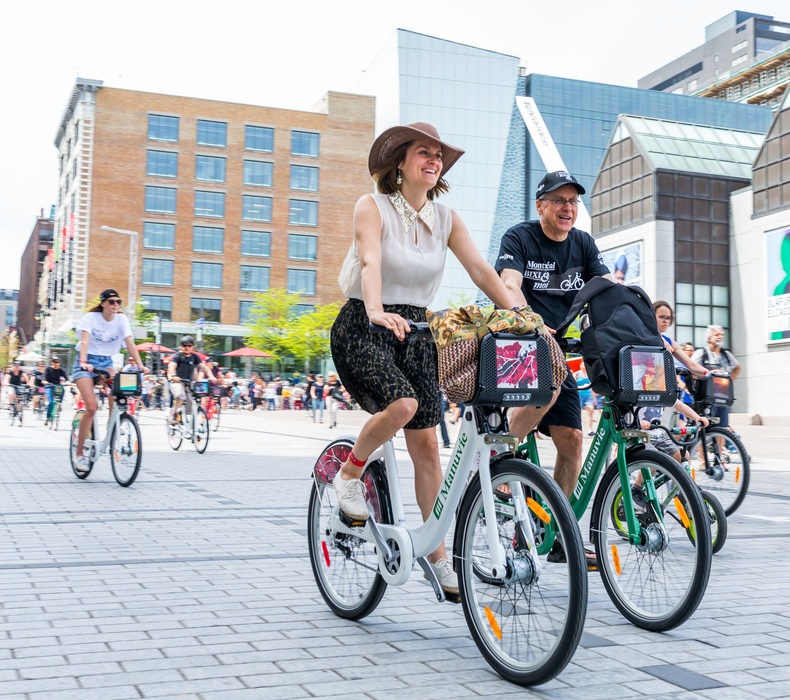 You may notice just as many Montrealers getting around on two wheels as on two feet. Simply put: Montréal is a biker’s paradise, with over 800 km of pathways around the island, including marked street lanes, making travel by cycle as easy as 1-2-3. Didn’t travel with a bike of your own? Worry not: Montréal’s BIXI bike-sharing system has got you covered.

Combining two of Montrealers’ most loved methods of transport, BIXI takes the convenience of an ever-ready taxi rank with the compact speed of a bicycle to create a bike-sharing system that was the first of its kind in North America. Each year over 5 million bike rides are taken on the 9 600 BIXI bikes (7270 regular and 2395 electric). 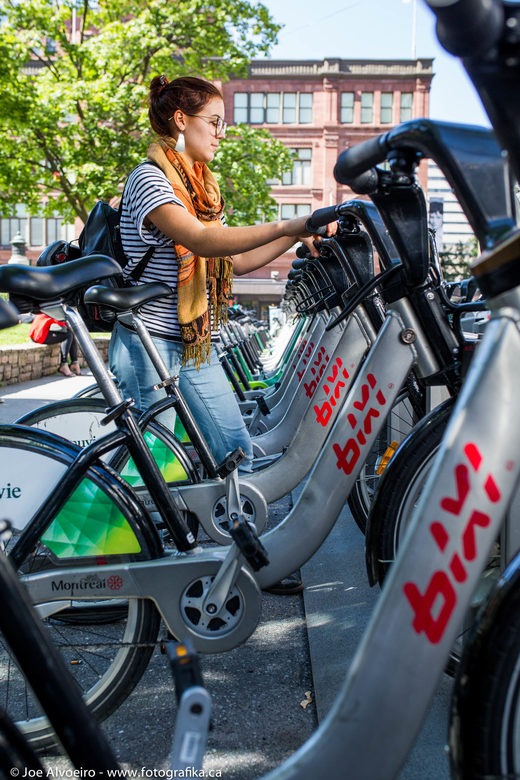 But how does it work?

Getting access to the system is a snap. Open to anyone with a credit card, BIXI passes are available for several time periods ranging from as little as a one-way trip to a full season from April through to November. Bikes can be booked directly at the station or via the BIXI app (for Android and iPhone) and the first 45 minutes (for longer period subscribers) are included with a low fee for additional time. The 3-day passes or packs of 10 rides are perfect for any visitor who wants to experience Montréal on wheels. BIXI’s informative website and How it Works section offers step-by-step assistance and further details.

The Electric BIXI offers electric assist to riders with speeds of up to 32 km/h. Electric BIXIs can be spotted on the app with a small lightning bolt and cost a small extra fee of $1.00 per sign-out. It’s also necessary to wear a helmet and follow the Highway Safety Code while riding, but it’s a zip of a ride! 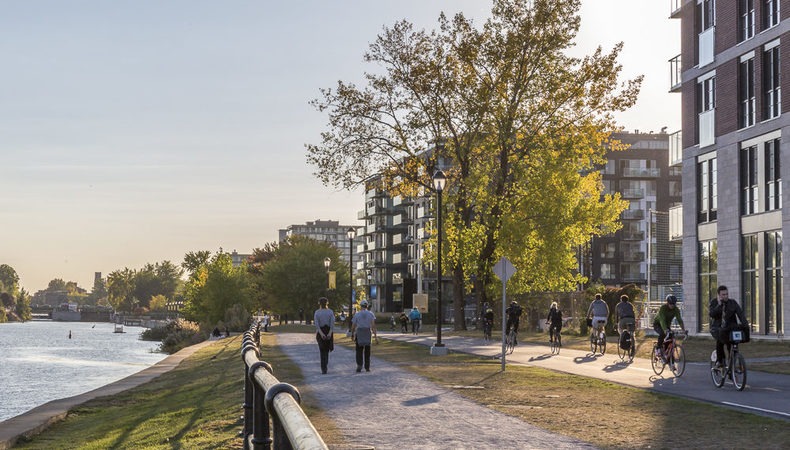 Some perfect spots to BIXI

Well-marked bike lanes traverse all over Montréal, and the popular historic (not to mention beautiful) Lachine Canal is a short 15-20-minute bike ride from Downtown. Metro stations are also equipped with BIXI stations, so it’s easy to use both systems in tandem. And the system keeps growing! In 2019 BIXI expanded with 60 new stations in newly covered areas like Montréal-Nord, Saint-Léonard, Anjou and the town of Lachine, bringing the total number of stations up to 600. Best of all, you can now bike the full extent of the canal and park it for a relaxing break once you’ve reached the open waters of the St. Lawrence River at stately Parc René-Lévesque.

Here are three other suggested routes around Montréal you’ll experience in no better way than from atop a BIXI.