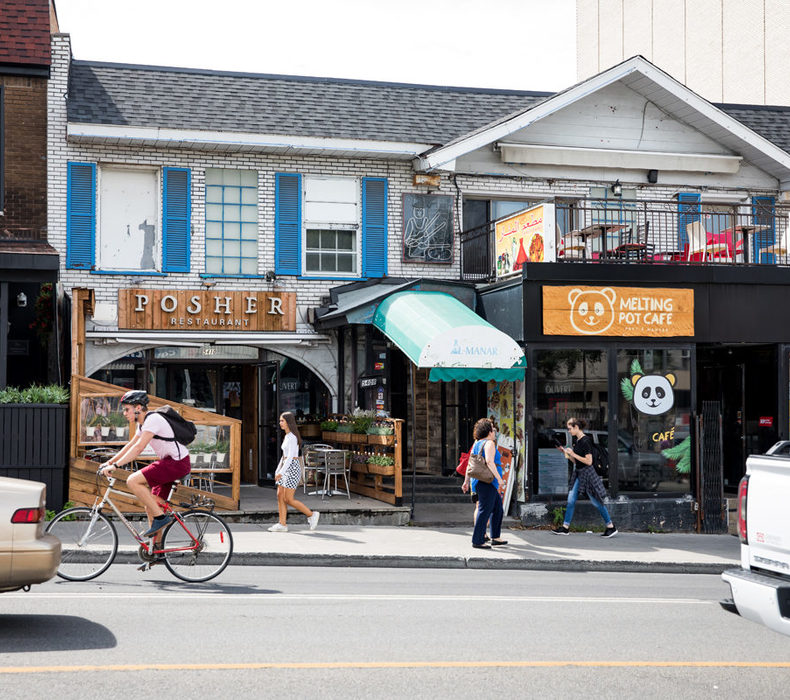 Steps away from the mountain and among the most multicultural areas in the city, Côte-des-Neiges is a massive neighbourhood in Montréal’s western quarter ripe with restaurants, shops and community initiatives that’ll expand your sense of this exciting city. 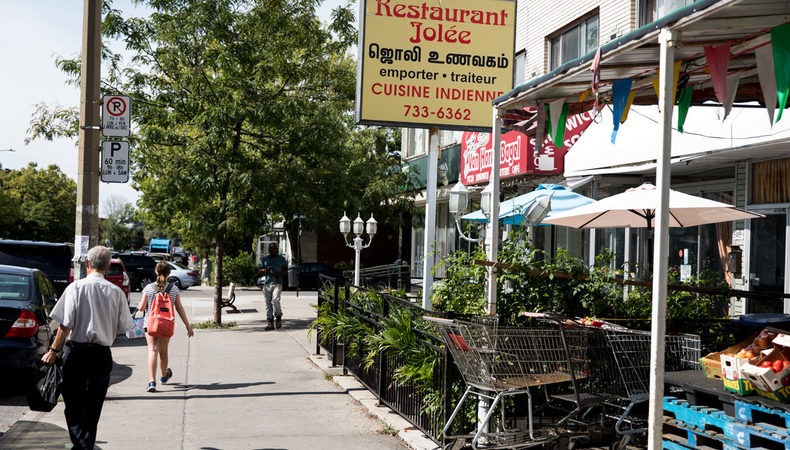 Côte-des-Neiges at a glance

Demarcated by Queen Mary to the south, Jean-Talon to the north, Decelles to the east and Décarie to the west, Côte-des-Neiges is a huge neighbourhood on the western slope of beautiful Mount Royal that’s home to one of the city’s treasures – Saint Joseph’s Oratory. It’s also one of the most densely populated and ethnically diverse neighbourhoods in Canada, with over 100 different ethnic communities adding their spice to the social fabric. And it’s a cinch to get to! No fewer than 9 metro stations will drop you off somewhere within the neighbourhood, and in the summer months, the newly reinstated 711 bus takes you on a picturesque ride over Mount Royal (get off to explore a little, then jump back on) to the Oratory. 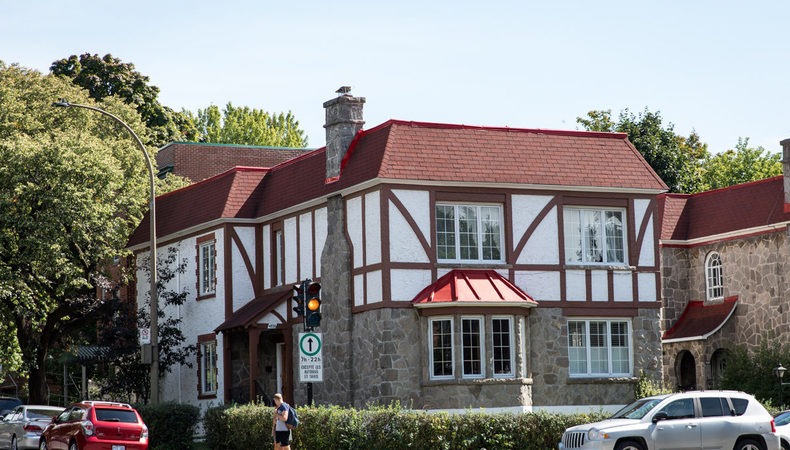 First established in the 1860s by land owner and farmer James Swail (who has a street named after him along one side of beautiful Jean-Brillant park), Côte-des-Neiges is a totally bilingual (if not multilingual) neighbourhood that’s pretty posh in the hills and becomes more affordable as we move down, topographically speaking. The affordable housing – and the Université de Montréal campus – is part of what makes it so attractive to students and newly arrived immigrants. The architecture ranges from imposing two-story semi-detached houses to tall apartment blocks, all from the early 1900s to today. 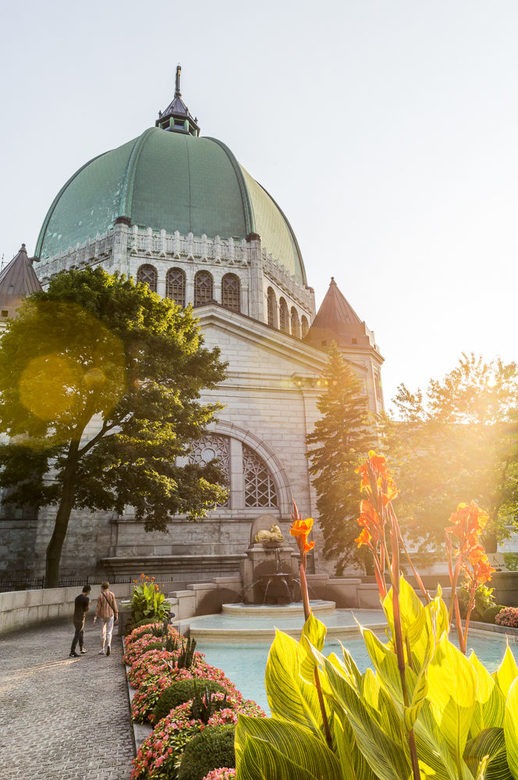 Why residents love it

Whether it’s in the trails behind the Oratory or the public sitting spaces built along Côte-des-Neiges Boulevard or in Parc Jean-Brillant, Parc Van Horne or Parc Westbury, the spots to chill and soak up your environment are plentiful in this hood. It’s lushly green while also being active with street life: its side roads are peaceful and residential, but on its main drags, there’s always something going on. To find the centre of the action, start at the Oratory and head northward on Côte-des-Neiges. You’ll also want to explore Victoria, Côte Sainte-Catherine, Queen Mary and Décarie. 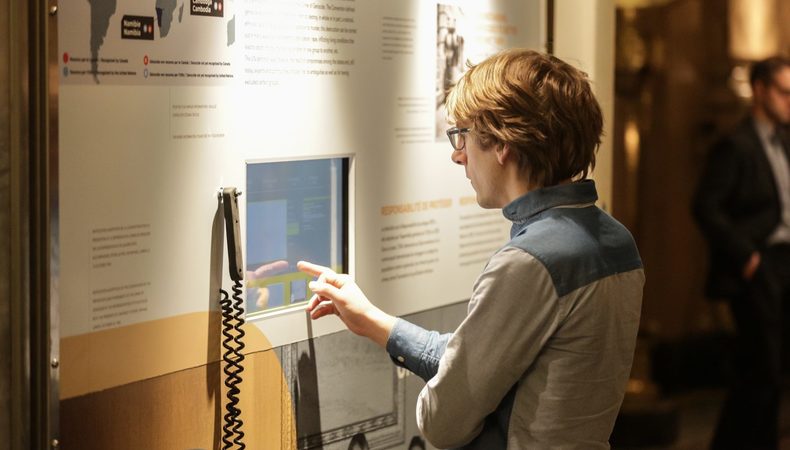 Côte-des-Neiges boasts hands-down the most visited attraction in Montréal, Saint Joseph’s Oratory, so that’s a great place to start whatever your religious views. And what a view – the sights from the top of its famous staircases are stunning. If you’re feeling sporty, both Université de Montréal and the YM-YWHA have amazing gyms and pools you can get day passes to. The maison de la culture on Côte-des-Neiges Boulevard is one of the most renowned for its visual arts programming, and the Segal Centre for Performing Arts, on Côte-Sainte-Catherine near Décarie, is a bustling centre for English theatre (and it’s in a building designed by famous Montréal architect Phyllis Lambert). Right across the way, the Montréal Holocaust Museum is a great place to soak up some history. 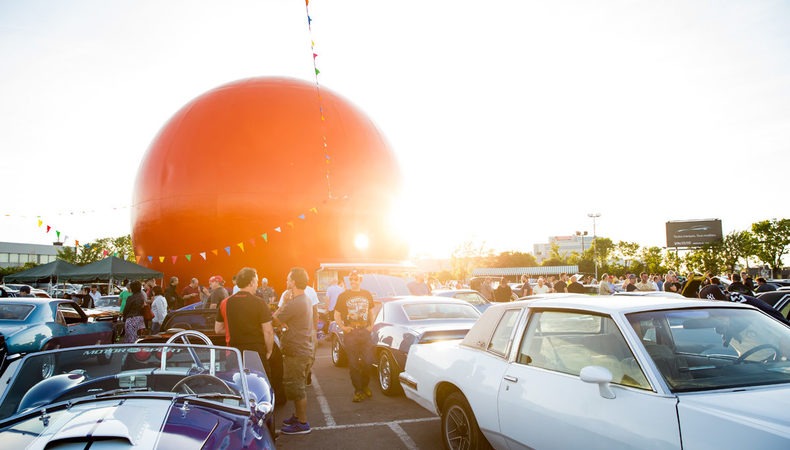 And when hunger strikes

The world is your oyster in Côte-des-Neiges, whose offerings span from Vietnamese to Indian to Caribbean to French and Russian (and more). Gibeau Orange Julep is probably the neighbourhood’s second best-known attraction, and a wonderful place for a hotdog. For a Caribbean feast you’ll have to choose between Tropical Paradise Restaurant and Caribbean Curry House, both offering a kick-ass jerk chicken and rotis. Côte-des-Neiges Boulevard is food central, starting with the renowned Rayan Poissonnerie and Restaurant. Lovers of Middle-Eastern grill must choose between Farhat and Restaurant Chez Sindibad – did somebody say shawarma-off? Pho Lien and Pho Hao are both purveyors of far-out pho. Russian restaurant La Caverne is a mainstay, offering heart-warming borscht and verenikas and, on Fridays and Saturdays, live music.