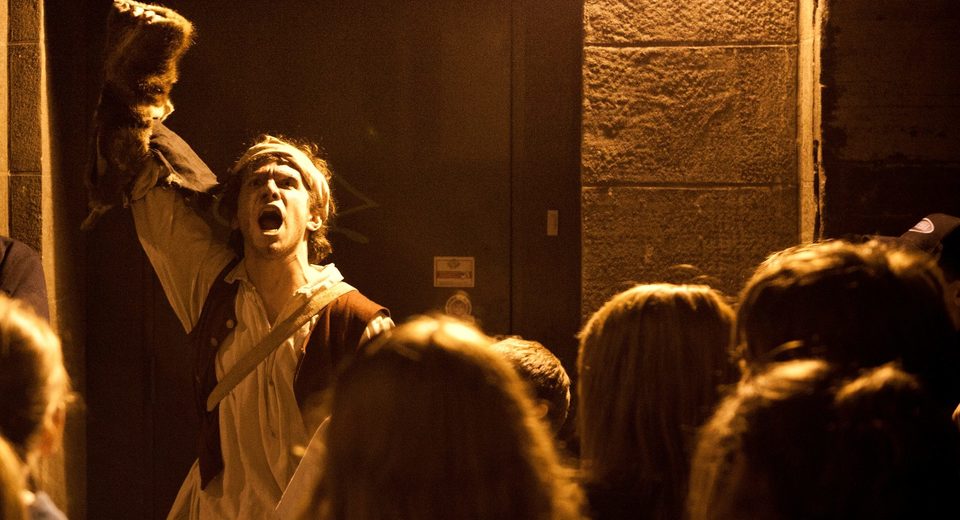 The 5 most haunted places in Montréal

When the sun goes down over Montréal, the vibrant city transforms into a spooky and shadowy metropolis. With over 150 documented ghost stories, Montréal easily lays claim to being the most haunted city in Canada, if not all of North America. Fearless visitors can experience the eerie and paranormal side of the city on various ghost walks that take thrill-seekers to the city's darkest corners and most haunted places. Led by professional actors and storytellers, the creepy guides recount terrifying tales about the deranged spirits who haunt Montréal. While the city has dozens of haunted sites, some are more ghost-ridden than others. Here is a list of Montréal's five most haunted places. 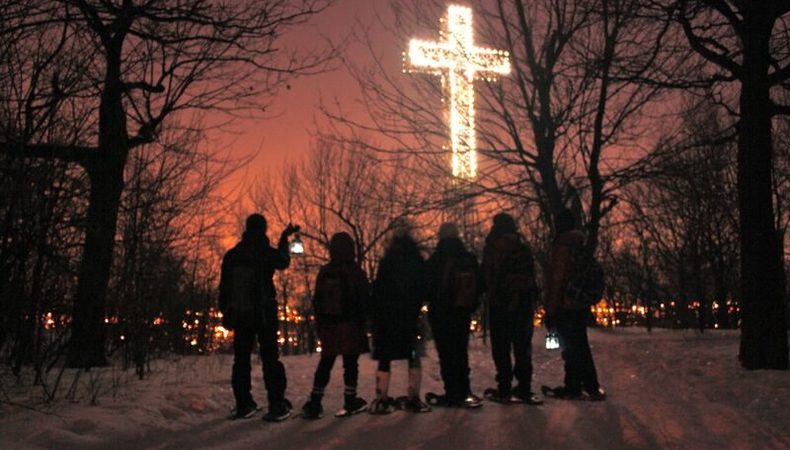 Mount Royal, situated in the heart of Montréal Island, gets very dark and spooky at night. Often described as a "City of the Dead overlooking a City of the Living", Mount Royal hosts the largest intact burial ground in North America when its four cemeteries are combined. At sundown, ghostly spirits are rumoured to wander the graveyards. The First Nations were also known to bury their dead on the mountain, and the most common ghost spotted is that of an Algonquian warrior.

Not to be forgotten, other mortal remains lie outside the cemetery boundaries. Most famously, the tomb of Simon McTavish is located in the dark forest above Peel Street. The angry Scottish fur baron died unexpectedly in 1804 while overseeing the construction of a magnificent castle on the slopes. Stories of his ghost tobogganing down Mount Royal in his own coffin terrified Montrealers during the 1800s. To make people forget, city officials demolished his abandoned castle and used the rubble to literally bury his mausoleum. Archaeological work a few years ago disturbed his tomb and now rumour has it he is haunting Mount Royal again.

The dark corner of William and Murray Streets in Griffintown is said to be one of Montréal's most haunted places. Once the location of Canada's most notorious shantytown, the Griff welcomed tens of thousands of famine-stricken Irish refugees in 1847. The neighbourhood was characterized by severe overcrowding, ramshackle buildings, a lack of running water and, occasionally, extreme violence.

On that corner in 1879, in a tenement apartment, prostitute Suzy Kennedy murdered her best friend Mary Gallagher with an axe following a dispute over a client, Mary Gallagher was decapitated during the crime and her bloody head was found by police in an ash bucket inside the dwelling. It is said that Mary Gallagher's headless ghost returns to the street corner every 7 years, still searching for her head. Her next scheduled appearance is June 27, 2019. 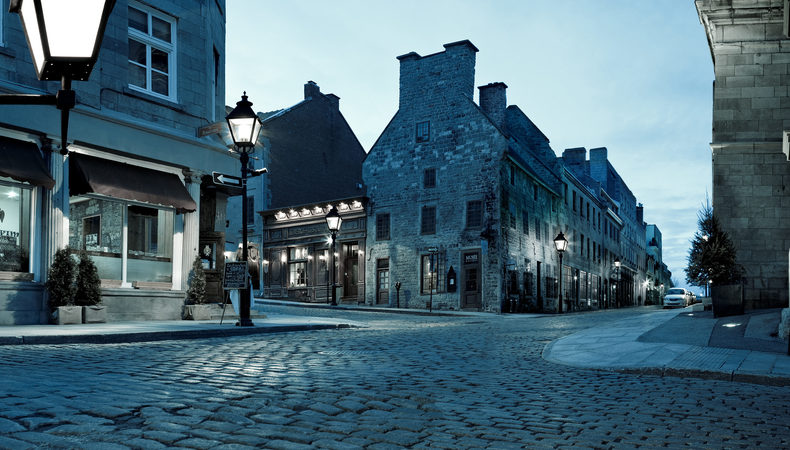 Saint-Paul Street in Old Montréal is widely considered Montréal's most haunted street. The historic neighbourhood has witnessed much of the city's history unfold, from the days of New France to the present. As the city's oldest street, Saint-Paul is known to have many ghosts.

The most common apparitions include a phantom horse-drawn carriage that spirits visitors to the netherworld and the ghost of a slave woman. Marie-Joseph Angélique, accused of arson in 1734, was tortured and then executed despite her presumed innocence. Wearing a white robe with a sign dangling around her neck with the word "arsonist" on it, she is said to be seeking revenge for her unlawful execution. 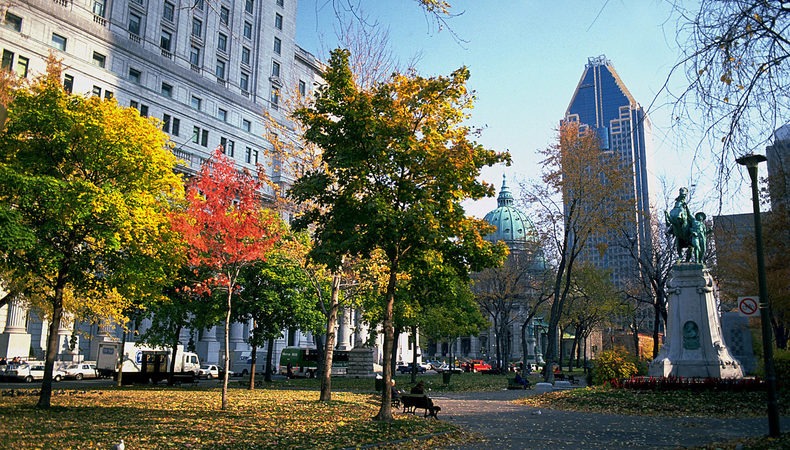 Dorchester Square is a popular park in downtown Montréal, but a macabre secret lurks just below its grassy lawn. Built on top of the old Sainte-Antoine Cholera Cemetery, an estimated 70,000 skeletons lie beneath the ground, many of them buried in mass graves.

After nightfall, the square is known for its paranormal activity. Visitors have reported feelings of unease, the disembodied mumbling of prayers, and strange orbs floating throughout the park. Given that some people were buried alive during the cholera epidemic of 1832 after being prescribed heavy doses of opium, some say that their spirits returned to haunt Dorchester Square. 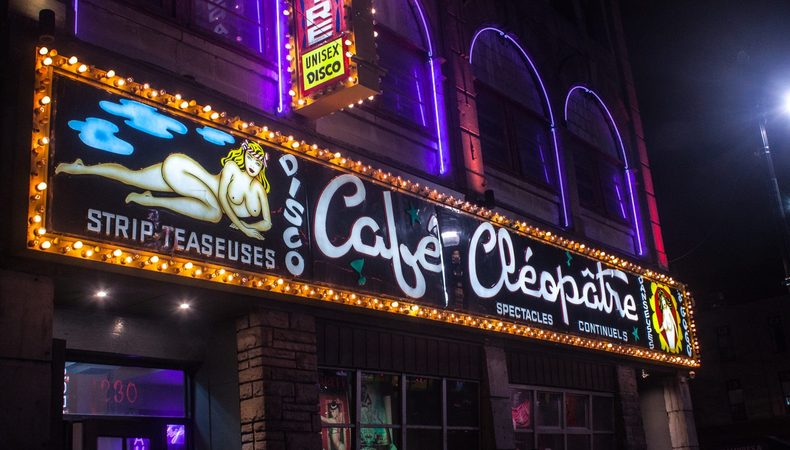 Today Montréal's Quartier des Spectacles sits on the footprint of its old Red-Light District, once the most infamous in all of North America. When Prohibition was implemented in 1919, Montréal was the only metropolis that refused to join. The Red-Light District quickly developed a reputation as a rowdy, boisterous and crime-ridden place as thousands of visitors streamed into the city in search of flowing taps and endless good times.

The old Red-Light District also had a very dark side, and today many of the old theatres, burlesque halls, hotels and bars are said to be haunted by spirits of the past. One troubling ghost is that of Beaupré the Giant, an 8-foot-three strongman who died young. After being embalmed, his corpse was put on display at Montréal's Eden Musée, a bizarre Victorian waxworks museum. Today, his towering apparition is known to haunt the basement studio of one of the district's most famous theatres, the Monument-National. 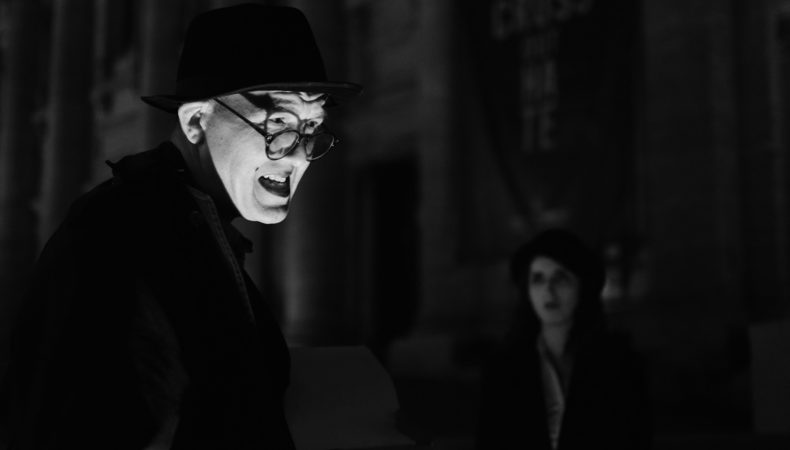 For those brave souls who want to learn more about Montréal's haunted side, the Haunted Montréal Blog is published on the 13th of every month with a new, thoroughly-researched local ghost story. For people visitors who want to experience dramatic storytelling at dark and haunted locations, three companies offer a total of five ghost tours throughout the city. Haunted Montréal leads walks on Mount Royal, in Griffintown and Downtown. Montréal Ghosts covers Old Montréal with its traditional ghost walks and ghost hunts, and the guides at Secret Montréal lead visitors through the haunted old Red-Light District.*