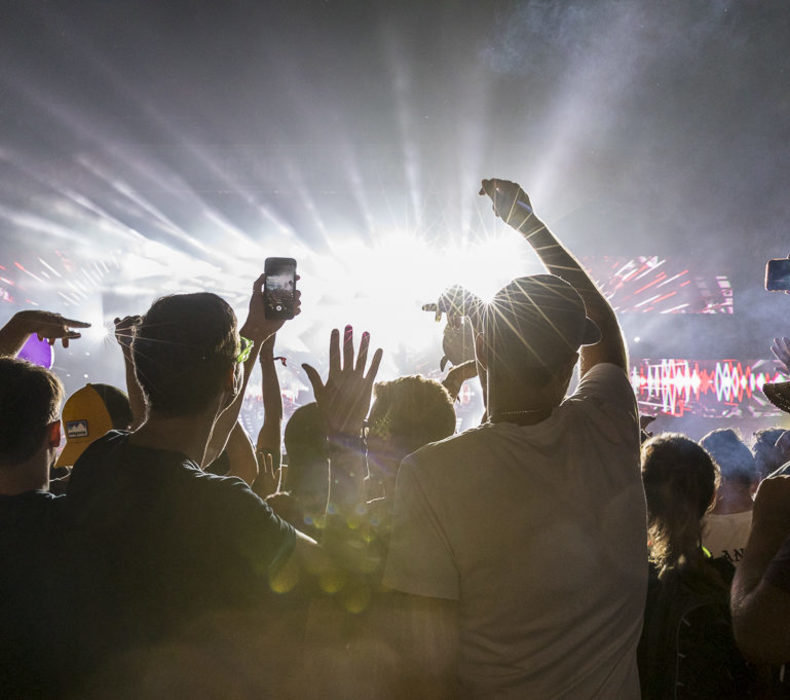 Montréal’s indie music scene has long captured the world’s attention, stalwarts of the scene including beloved heavy hitters like The Arcade Fire, Godspeed You! Black Emperor and Wolf Parade. Here’s just five of Montréal’s most exciting indie music up-and-comers ready for their close-up and re-inventing the sound of the city. (123)

Alias for prolific composer and producer Jean-Sebastian Audet, Un Blonde strikes a transcendent middle ground between lo-fi indie balladry, bedroom R&B and downcast funk all coupled with sumptuously layered vocal harmonies. His stunner of an album Good Will Come to You, though originally only released on extremely limited edition cassette, was nominated for Canada’s Polaris Prize and recently re-issued and remastered for the masses.

A duo composed of Raphaelle Standelle-Preston (already well-loved as the frontwoman for the endlessly inventive Braids) and Alex Kerby, Blue Hawaii have explored the ins-and-outs of modern relationships over a trio of releases. Their 2017 album Tenderness was made following the dissolution of their own relationship, but it’s bright house-influenced rhythms and crystalline melodies hint at a bright future instead of dwelling in past romance.

Born in Kinshasa, the capital city of the Democratic Republic of the Congo, Pierre Kwenders moved to Montréal as a teenager and his globe-trotting music – performed in four languages, no less – blends these influences into something entirely unique. The grooves of his 2017 full-length MAKANDA at the End of Space, the Beginning of Time are relentlessly smooth, bolstered by production from Tendai Maraire of Shabazz Palaces. Kwenders also hosts and organizes the Moonshine dance party series (venue details only via SMS), an unmissable MTL experience.

Part of the Constellation Records boundary-pushing roster of artists, Esmerine expertly balance influences from around the world into epic soundscapes perfect for in-depth headphone exploration. Their latest album Mechanics of Dominion adds to an already storied discography, this time bringing mallet instruments to the fore and coming off like the soundtrack to a lost film.

Winner of the 2016 Polaris for his debut album 99.9%, Kaytranada has since hit it big appearing on tracks from Mary J. Blige, remixing Gorillaz, and adding his name to the rolodex of the world’s hottest producers. Openly queer and with a style all his own, Kaytranada is making waves in both the underground and mainstream entirely on his own terms. Check out ‘My Crew’, his recent collaboration with Cadence Weapon (himself Montréal alumni), a hip-hop valentine to MTL.