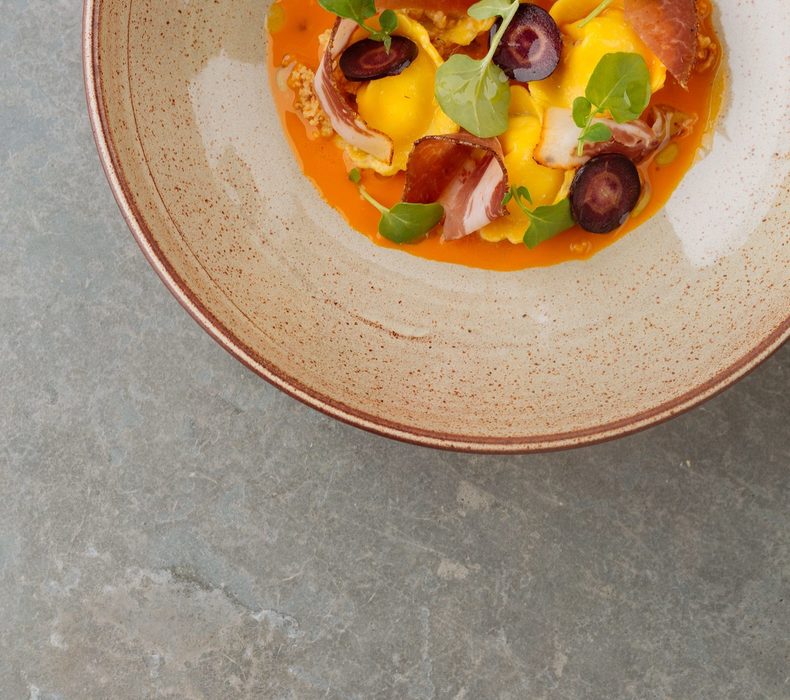 6 Montréal meals worth writing home about

Montréal’s food scene is renowned – in fact it’s a reason to visit. But with the greatest number of restaurants per capita in North America (an average of 92.8 restaurants per square kilometre in tourist districts!), how do you know where to start? If you’ve got a limited time in town, get your wallet out and invest in these seven life-changing meals you owe it to yourself to experience. And hey – reserve NOW. 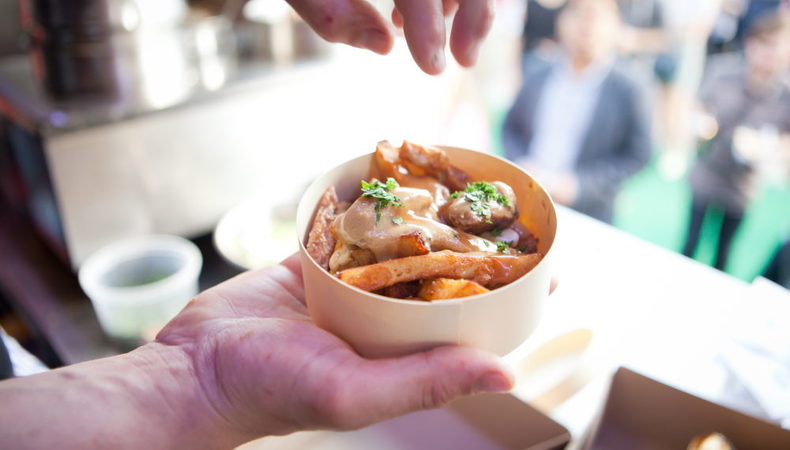 A meal at Au Pied de Cochon on quaint Duluth Street is like the high-class version of Epic Meal (it can’t be a coincidence that those guys are from Montréal too). Chef Martin Picard has pushed for Montréal food to become world-famous. His signature dishes include the foie gras poutine featuring fries cooked in duck fat, the whole roast pig’s head served with a two-pound lobster, and the duck-in-a-can (the meat of an entire duck sealed into a can with gravy). Dinner here will be a memorable experience you’ll stagger away from with a smile and a few buttons undone on your jeans. 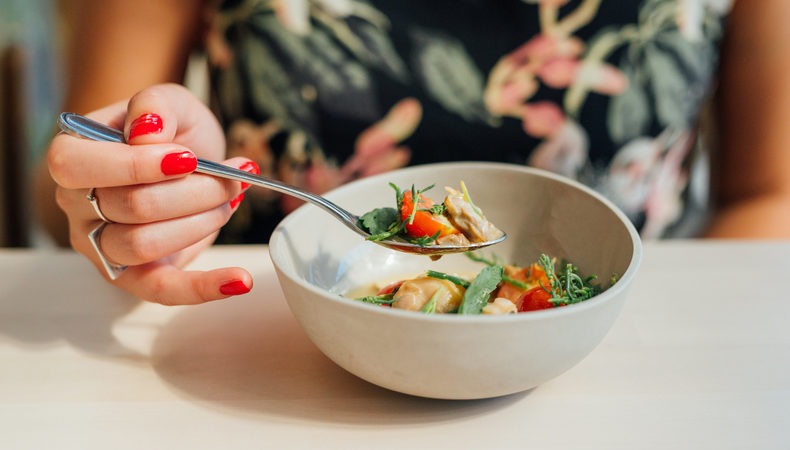 Chef John Winter Russell launched Candide, an unusual restaurant tucked away in the former rectory of Little Burgundy’s historic St. Joseph’s Church, as a passion project dedicated to his creative vision of food. The short menu changes with the market offerings, so say “go!” to the four-course tasting menu, ask your waiter to pair wines, and enjoy the magical intersection of freshness and creativity. You’ll experience unconventional flavour combinations – zucchini with lobster roe, strawberries with corn – and an altogether elevating taste experience. 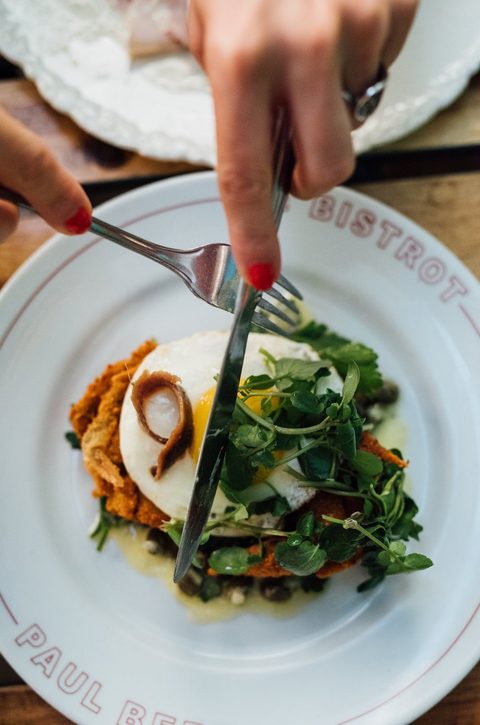 Joe Beef is a Little Burgundy mainstay that’s home to chefs David McMillan and Fred Morin, the acclaimed and enterprising minds behind an evolving blackboard menu that has been known to feature smoked meat croquettes, house-cured ham with truffles, horsemeat steaks and a world-famous lobster spaghetti. The duo is known to do absolutely everything in-house, including play host. Don’t plan anything after this except maybe a stroll along the nearby Lachine Canal; you’ll want to soak up the late-night scene in this inviting space with vintage wooden chairs, leather banquettes and a permanent air of celebration.

Arguably the first fine restaurant in Montréal to bank on the open-fire cooking trend, chef Marc-André Jetté’s Hoogan et Beaufort in the Angus Yards in Rosemont is a high-ceilinged, cream-coloured space brimming with atmosphere and redolent with the smell of char-grilled meat. The firing here is delicate, though – think caramelized rather than blackened. Treat yourself to the five-course tasting menu and experience signature dishes like the PERFECT octopus (served with ratte potatoes, olives and grilled pepper yogurt), deer tataki with grilled onions and agnolotti served with preserved carrots, pine nuts and coppa in a divine yuzu broth. 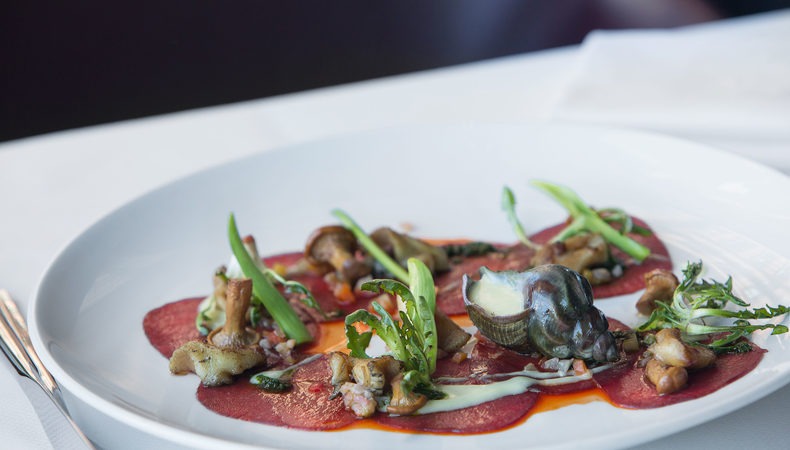 Refinement at its best

The reigning king of fine cuisine du terroir, Normand Laprise established Restaurant Toqué! as an altar to his unique culinary style, slightly nouveau with a twist of molecular, identifiable by small portions, a delicate touch and occasional sides of foam. Laprise is a magician with simple ingredients like tomatoes (which he turns into everything from coulis to jelly) and wild picked blueberries, and he approaches protein with a deft touch. “Delicate” is his modus operandi, whether it’s pork cheek or razor clams. Order the seven-course tasting menu and let the gustatory entertainment begin. 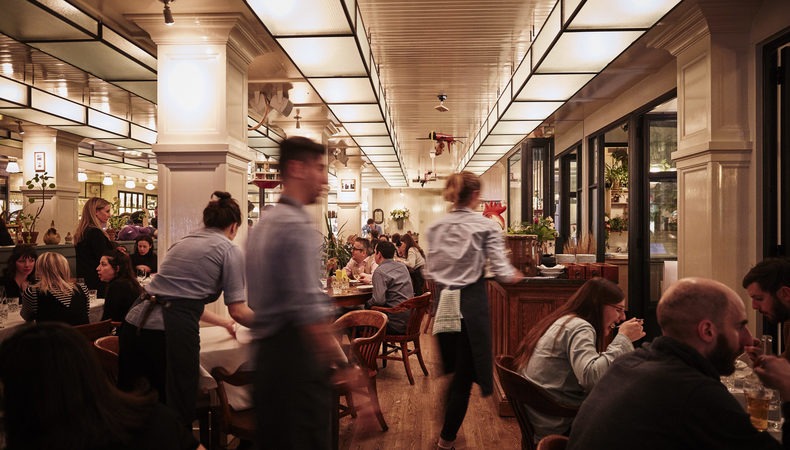 The whimsical décor of Montreal Plaza Restaurant – the brainchild of chefs Charles-Antoine Crête and Cheryl Johnson – may include upside-down dollhouse light fixtures and large-scale terrariums, but it pales in comparison to the creativity behind the food. The formula of the tasting menu is shareable small plates, with flavours that include gratiné whelks in miso butter, giant BC oysters sliced and stuffed back in their shells with broccoli and Mornay sauce, and confit of duck gizzards with duck hearts, sautéed squid and popcorn drizzled with orange sauce. Get the picture? Expect an adventure.