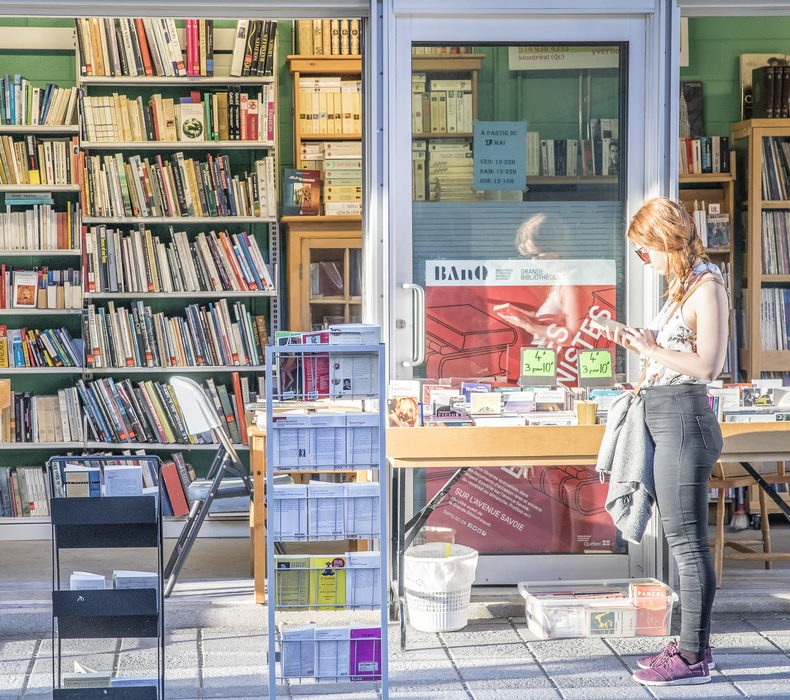 Get to know the real Montréal with these 15 great books

The Apprenticeship of Duddy Kravitz by Mordecai Richler

One of the most famous and award-winning of Montréal-based books, Richler's satirical yet heartfelt novel follows a young man, a third-generation Jewish immigrant, as he searches for  success and land to call his own in mid-20th-century Montréal. Very much worth the read for its memorable characters and its portrayal of Mile End, from St. Urbain Street and nearby Wilensky’s diner and Fairmount Bagel towards the wider streets of Outremont.

A story of childhood lost somewhere on the streets of Montréal, O’Neill's Hugh MacLennan Prize-winning debut novel avoids getting lost in the doldrums of poverty and abandonment, instead captivating with its main character, Baby, and her underground life in the city. O’Neill also makes Montréal the setting for her Giller-shortlisted book, The Girl Who Was Saturday Night, and her second Hugh MacLennan Prize-winning novel, 2017's The Lonely Hearts Hotel.

Dominoes at the Crossroads by Kaie Kellough

Among the new books that centre on Montréal, Montréal novelist, poet and sound performer Kaie Kellough's short stories collection, recently longlisted for the 2020 Scotiabank Giller Prize and winner of the Hugh MacLennan Prize for Fiction, balances its characters' colourful pasts and their Canadian present, from the Caribbean to Montréal’s Old Port, a South American rainforest to the 1970 October Crisis.

The Wagers by Sean Michaels

Scotiabank Giller-winner Sean Michaels won the Scotiabank Giller prize for Us Conductors, a fictionalized tale about the Russian inventor of the theremin, but his newest novel is firmly set in a Montréal recognizable to anyone who's lived here. In The Wagers, fascinating and hilarious characters play the odds and chase happiness as Montréal shifts from everyday realities to a surreal landscape where dreams might come true.

Governor General’s Award-winning novel Ru, a lyrical series of imagistic vignettes poetically translated into English by celebrated translator Sheila Fischman, follows the story of a family fleeing Vietnam for Québec in the 1970s – a reflection of Thúy's own childhood experiences when she was a child. On similar themes, her follow-up novel, Mãn, is set in Montréal with  tendrils in Vietnam and an undercurrent of romantic love and sensual food. Read Thúy's novels while eating pho at one of Montréal's great Vietnamese restaurants.

Set in the mid-1990s, when grunge and riot grrl seized many of the city’s young hearts and minds while the 1995 separatist referendum loomed, this coming-of-age story shows Montréal through the eyes of a sexually-adventurous young woman who tends to get a bit philosophical when faced with her own angst, identity issues and general confusion. Whittall balances her point of view with the experiences and raw emotions of several other well-drawn characters and their insights on life.

The Favourite Game by Leonard Cohen

Written partly while living on a Greek Island and published in 1963, Cohen’s first novel delves into the life of an established Jewish family in Montréal very much like Cohen's own, particularly the family’s only son and his struggles with growing up, love woes and the death of his father – interspersed with his fascination for hypnotism and staying out all night with his best friend. Cohen's emotionally fraught Beautiful Losers also harkens back to Montreal via a Quebecois nationalist protest in Parc Lafontaine.

Looking at Leonard Cohen’s formative years in Montréal, his literary success and his first ventures into music, this brand new book by Michael Posner is the first volume in a trilogy on the artist. It's also the Canadian journalist's second biography to delve into the life of a famed Montrealer: Posner's 2004 The Last Honest Man presented a fascinating oral history of Mordecai Richler.

The Fat Woman Next Door Is Pregnant by Michel Tremblay

This endearing novel is perhaps the best known of the legendary and prolific Quebecois author’s books set in Montreal’s Plateau neighbourhood. Focused on everyday working-class life, the novel pairs comedy with tragedy and love with fear, interweaving the lives of seven Francophone women on the day of May 2, 1942, as their thoughts turn to the future of their families and that of newly religiously-rebellious Quebec.

Winner of the Governor General's Award, the Prix Anne-Hébert and more awards, Nikolski not only brings together three fictionalized, semi-nomadic 20-somethings living in Montréal's Plateau (all mysteriously connected, we learn), but the symbolic presence of Nikolski, a small village in Alaska. With its deep and entertaining musings on the meaning of home, the book's appeal is clear from page one.

Montréal's Mile End and its bagel shops are more than just the background to Nawaz's compelling story of orphaned sisters who share a unusual childhood. The diverse community and clashing value systems shape the sisters as they grow up, grow apart and face problems and tragedies. Told through memories of the past, with food as a central metaphor, Bone & Bread questions the meanings of family, belonging and trust.

The Smallest Objective by Sharon Kirsch

A creative non-fiction book that delves into Montréal's storied Jewish history through the lives of the author's immigrant parents and unconventional, well-known extended family. The Smallest Objective weaves metaphor and memory with historic fact and meaningful objects discovered by the author in her parents' Montréal home after their deaths.

The Geography of Pluto by Christopher DiRaddo

Friendship, relationships, heartbreak and family form the core of this novel about a twenty-something, gay teacher living in Montréal, navigating his responsibilities and his desires. Balancing playfulness with fears and uncertainties, DiRaddo gives readers a glimpse into another side of a complex life lived fully in Montréal.

If you've ever walked on the Mountain or through the cemeteries on its sides, you'll recognize one of the settings of award-winning author Fortier's 2014 novel, which skips from Saint Pierre, Martinique in 1902, right before the city is destroyed by the eruption of Mount Pelée, to present-day Montréal to England and Pompeii. The strangers in Wonder – a Québecois woman, a Black man who is a circus star, British academics in love – all share thematically overlapping lives that resonate with meaning beyond their differences.

For more on Montréal literature and authors, take a look at the programming of Montréal's Blue Metropolis International Literary Festival and the Salon du Livre de Montréal.