Montréal’s restaurant scene is one of the best in the world. From fine dining restaurants to casual eateries, the sheer variety satiates all palates. Finding enduring success as a restaurant is a combination of many important variables. Here are some of Montréal’s oldest restaurants that have found the keys to longevity and are standing the test of time. 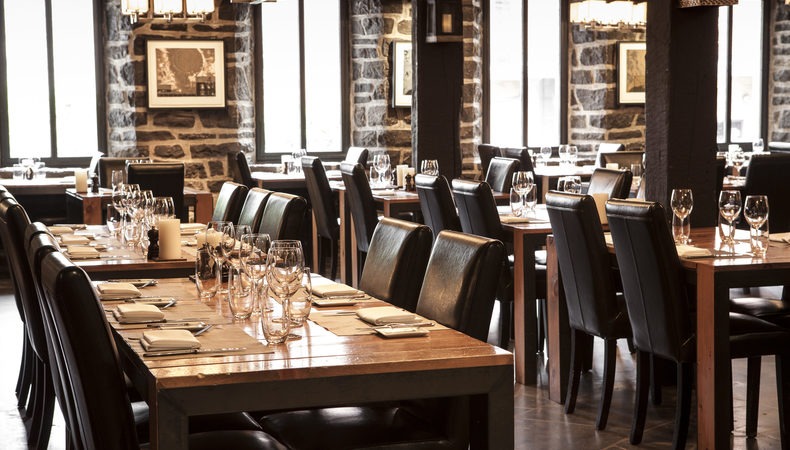 Founded in 1754, the Auberge Saint-Gabriel in the heart of Old Montréal is the oldest inn in North America. If the walls could talk, L’Auberge Saint-Gabriel would recount remarkable tales of Québec’s history. Its menu reflects fine French and Québec cuisine that highlights market fresh and regional ingredients for its lunch and dinner service. – 426 Saint-Gabriel Street 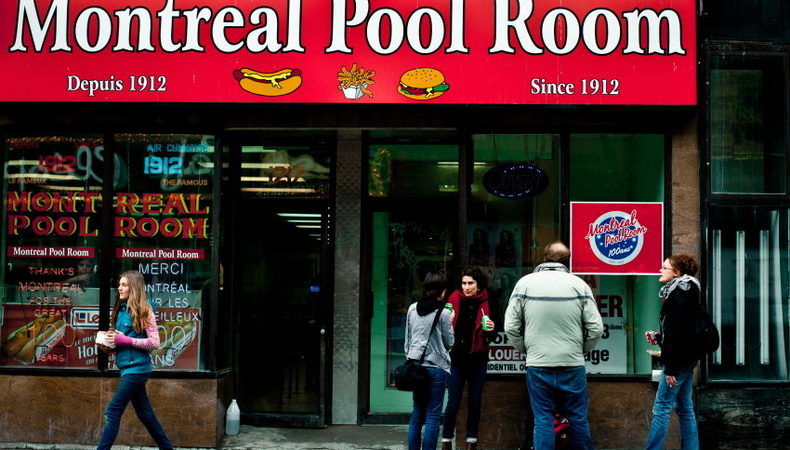 Montréal Pool Room is a local favourite for classic hot dogs and fries. Located in the former seedy red light district of Montréal (now the Quartier des spectacles), this greasy spoon has survived a severe fire and relocation. Nothing will keep us from our beloved “steamies” served at this iconic diner. – 217 Saint-Laurent Boulevard 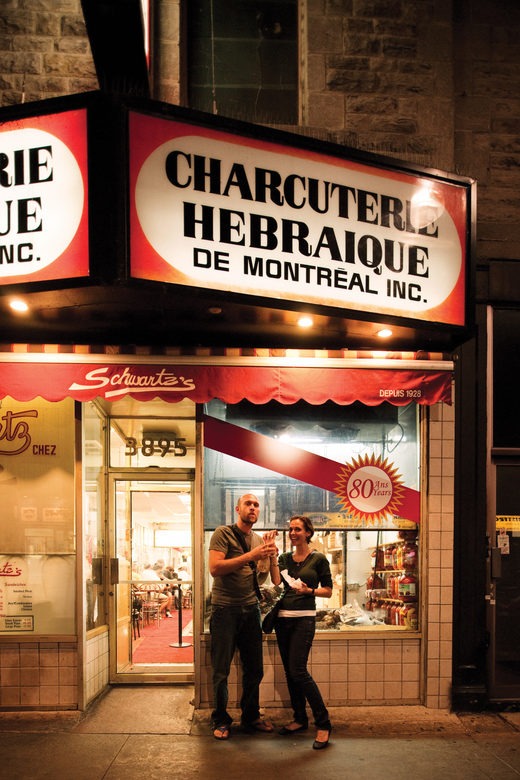 Schwartz’s smoked meat is world-renowned and is celebrated by locals and visitors alike. No meal is complete without a black cherry cola and a plate of half-sour pickles. – 3895 Saint-Laurent Boulevard 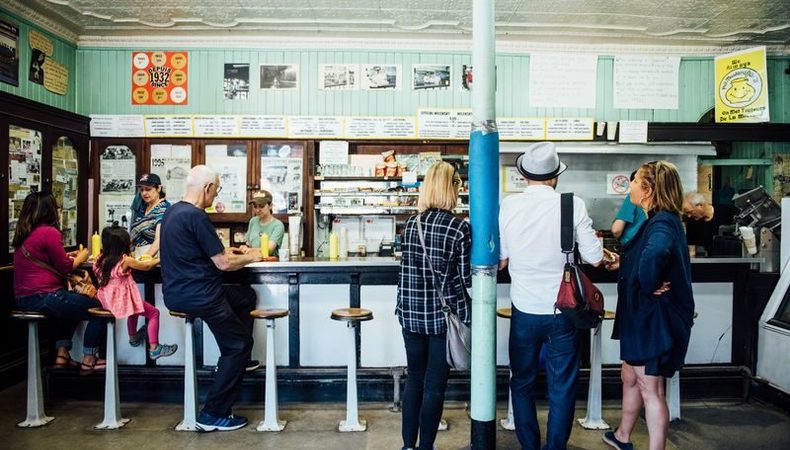 This lunch counter is better known as just “Wilensky’s” and is located in the Mile End neighbourhood. It is famous for its “Wilensky’s Special”, a pressed sandwich of grilled beef salami and beef bologna in a Kaiser roll with mustard. Don’t ask for substitutions: they’ve been serving it the same way for over 80 years without compromise. – 34 Fairmount Avenue West 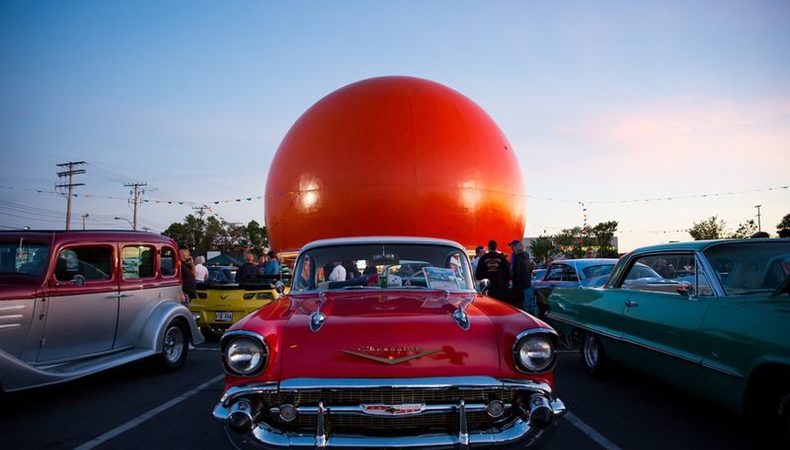 The restaurant opened in 1932, but it was in 1945 that the iconic giant orange was built. With vintage car meets in the summer and doo-wop blaring on the loud speakers, this drive-in serves up classic diner fare in a nostalgic atmosphere. – 7700 Décarie Boulevard 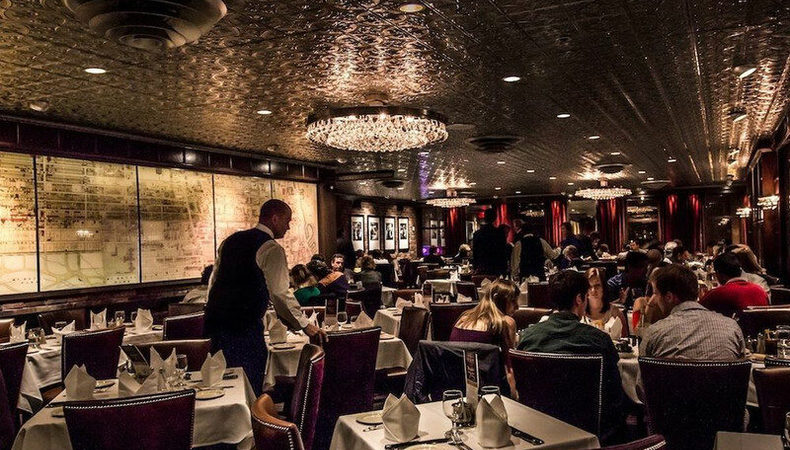 One of the most respected steakhouses in the city, this is a favourite spot for locals and is often frequented by celebrities, politicians and athletes. Moishes has been named one of the Top 10 Steakhouses in the world by Forbes magazine. – 3961 St-Laurent Boulevard 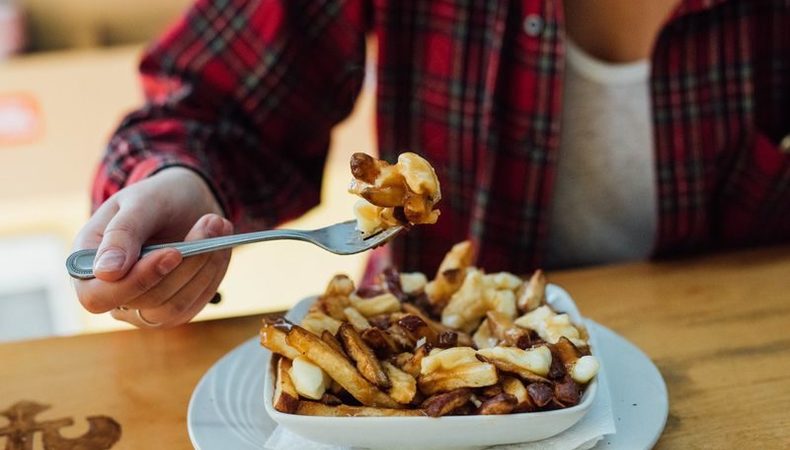 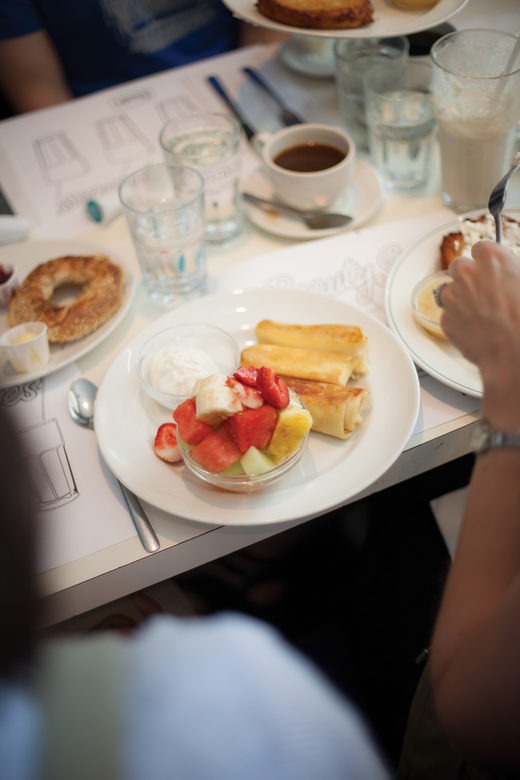 Beauty’s claims to be the first restaurant to serve breakfast in Montréal; the lineups that stretch around the corner on weekends can attest to its popularity. Get the “Beauty’s Special”, toasted Montréal bagel schmeared with cream cheese, packed with lox, onions and tomatoes.

This popular restaurant in Notre-Dame-de-Grâce (NDG) is renowned for their juicy and tender rotisserie chicken cooked over wood charcoal in their custom-built brick ovens. Order up a leg quarter plate with all the fixin’s and ask for a bowl of necks… it’s how it’s done. – 5456 Sherbrooke Street West 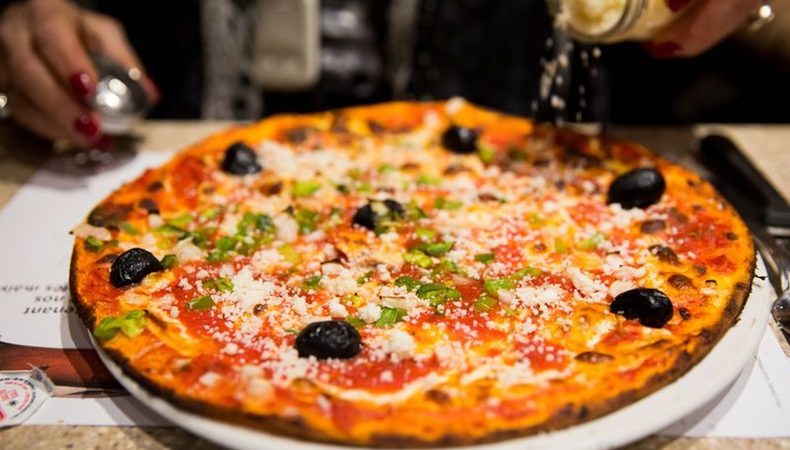 Pizzeria Napoletana claims to be the first pizzeria in Montréal. Located in Little Italy, this pizzeria has been a local favourite not only for pizzas, but for pastas and its bring-your-own-wine policy. – 189 Dante Street 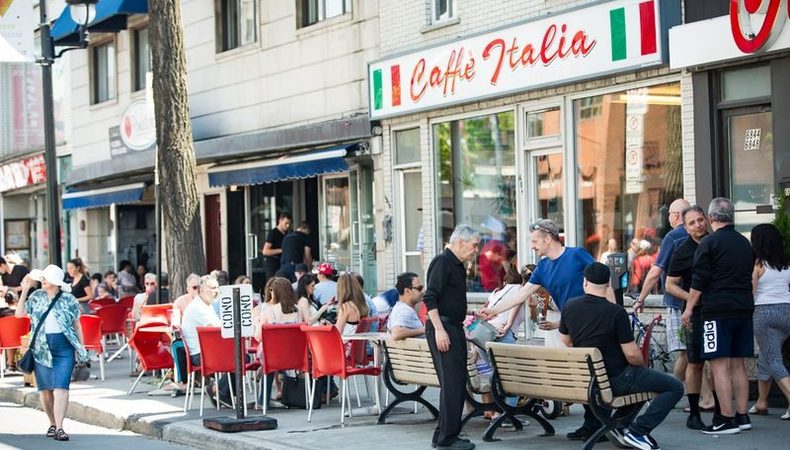