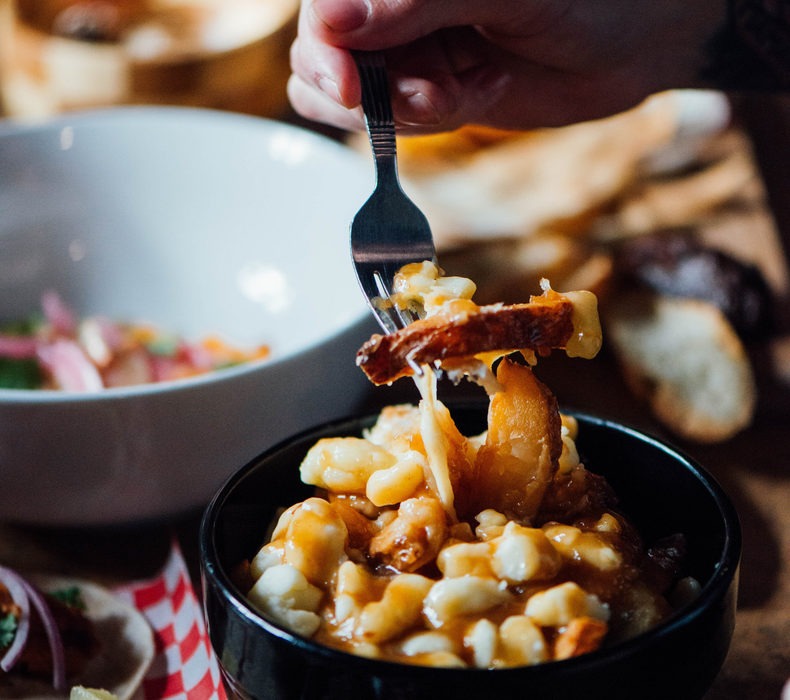 Everything you need to know about poutine

If you could name one food that is synonymous with Québec cuisine, it would arguably be poutine. Considered a national treasure by those from La Belle Province, this humble dish is so much more than just French fries topped with fresh squeaky cheese curds and covered in brown gravy. 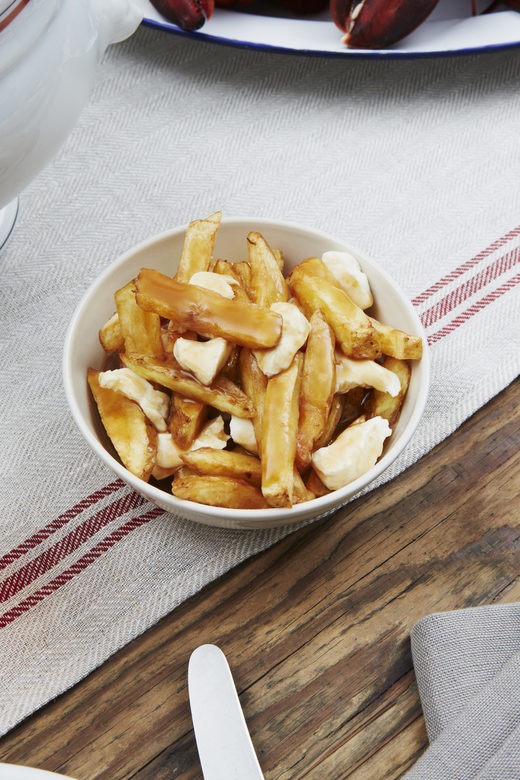 The history of poutine is widely argued about. There are two main claims to the origin of poutine that all stem from the same region of Québec.

1)The first claim comes from Warwick. In 1957 a regular at Le Lutin Qui Rit restaurant named Eddy Lainesse once asked for cheese curds to be mixed with his order of fries. Perplexed at the request, owner Fernand Lachance exclaimed: “Ça va faire une maudite poutine!” Translation: “It will make a damn mess!” Brown gravy was later added and a 1957 menu from Le Lutin Qui Rit lists a poutine as one of the food options for a squeaky 35 cents.

2) The second claim to the origin of poutine comes from Drummondville at a restaurant called Le Roy Jucep. In 1950 the owner Roy began selling a dish called patate sauce. Patrons started adding their own cheese curds to it. When the “cheesifying” of this dish became popular, the restaurant added this unique concoction to the menu. Roy is recognized and certified by The Canadian Intellectual Property Council as the official inventor of poutine.

Now that you know where poutine came from, where do you go to have it? From high-end fine dining to casual, poutine finds itself on menus in all sorts of establishments across the city. 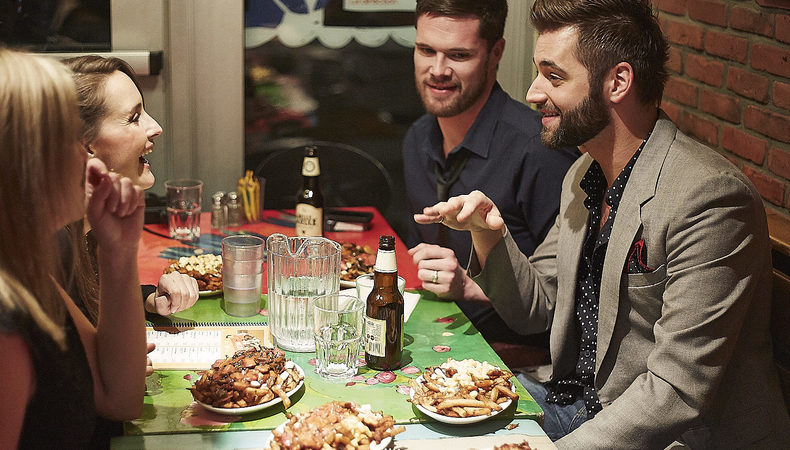 Visit Le Garde-Manger for chef Chuck Hughe’s lobster poutine. Not only is it a coveted menu item at his hip and trendy Old Montréal eatery, but it was instrumental in defeating chef Bobby Flay when he competed on Iron Chef America. Chef Martin Picard’s version of the poutine at Au Pied de Cochon features foie gras. Freshly cut French fries fried in rendered duck fat and squeaky cheese curds topped with a generous lobe of foie gras covered in a luscious duck liver gravy.

Building off the traditional recipe, places like La Banquise (open 24 hours) offer variations with toppings that go far beyond just cheese curds. Meanwhile, Poutineville has a “create your own” menu where you can devise your own signature poutine by selecting toppings from a list.

Poutine isn’t something most people would consider eating first thing in the morning. And yet, consider Fabergé’s breakfast poutine with caramelized onions, bell peppers and bacon dressed with hollandaise sauce and topped with an over-easy egg. Or Burger Bar Crescent’s “hangover poutine” featuring wild mushrooms and truffle oil. These mouth-watering options may have you changing your mind on your way to brunch.

Regardless of where creativity may take the humble poutine, there’s no getting away from the classic. Here are some of the city’s best, from traditional, to outlandish, to vegan and vegetarian! 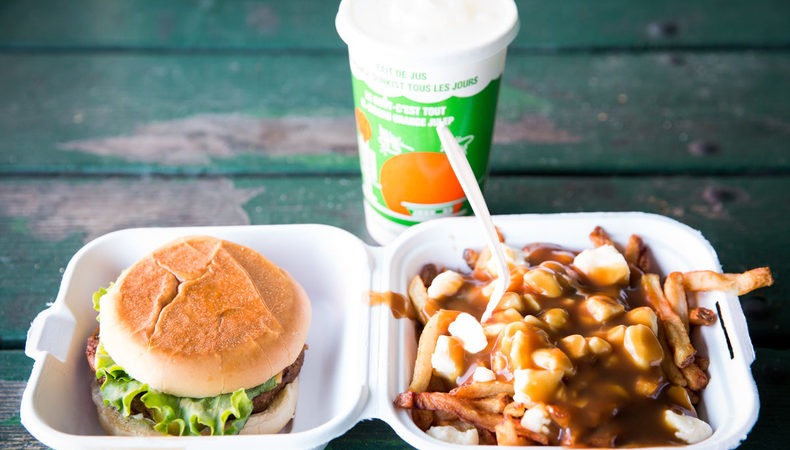