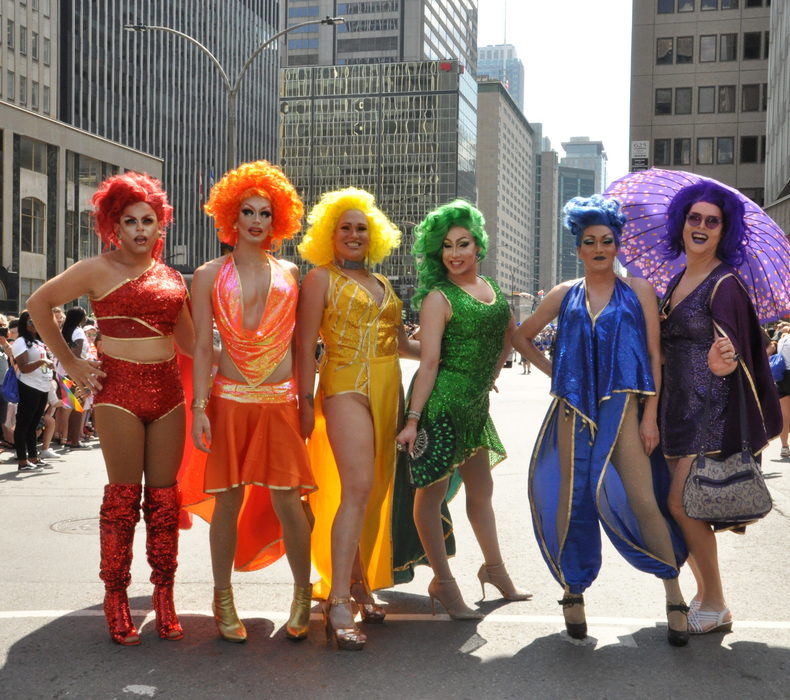 Hundreds of thousands of revellers are expected to attend Montréal Pride, the largest LGBTQ gathering in the Francophone world, from August 1 to 7.

The major performances and activities of the 15th edition of the Montréal Pride Festival will take place on the Esplanade of the Olympic Park as its main site, as well as in the Gay Village and downtown. Following the cancellation of Montréal Pride’s 2020 parade because of the COVID-19 pandemic, then a live in-person retro Pride March in 2021, this summer marks the return of the Montréal Pride parade downtown. The 2.9 km long route on René-Levesque Boulevard will symbolically begin in the former Gay Village downtown at 1 p.m. and wind down in the heart of the current Village in the east.

This year Montréal Pride hosts two Community Days on August 5 and 6. During Community Days, kiosks for the many exciting organizations, community groups and sports teams catering to the LGBTQ communities will line the Sainte-Catherine Street pedestrian mall between Saint-Hubert and Papineau streets in the Village, daily from 11 am to 6 pm.

The most followed drag queen on social media worldwide with 35 million followers, Brazilian singer-songwriter Pabllo Vittar will close the festival with a free show on the big outdoor stage on August 7, following the post-parade Mega T-Dance at the Olympic Park’s Esplanade.

Additional concerts and events will be announced soon. During the 24thInternational AIDS Conference being held in Montréal from July 29 to August 2, Montréal Pride is presenting three cultural events:

Choreographer Dave St-Pierre presents Rapture, an atypical contemporary dance work that will pay tribute to the millions of people who have tragically died of AIDS. Rapture headlines Le Monastère from July 27 to August 6.

The exhibition Art, Activism and Resilience explores HIV, AIDS and sexual health through the activism and resilience of the LGBTQ communities. Many art works will be displayed online as well as on outdoor panels in the Village from June 12 to September 1.

Over at the PHI Centre in Old Montréal, INVERSE/THE FUTURE IS OFTEN A STEP BEHIND is an experimental documentary exhibit by Nicolas Jenkins, the renowned artist who organized Montréal’s famed Sex Garage loft party, widely considered to be Montréal’s Stonewall.

Jenkins’ multigenerational portrait of queer lives deals with racism, sexism, misogyny, transphobia, homophobia, and the stigma of HIV and AIDS. The exhibit runs from June 30 to August 28. Free admission.

Click here for an alphabetical listing of all Montréal Pride programs and events.