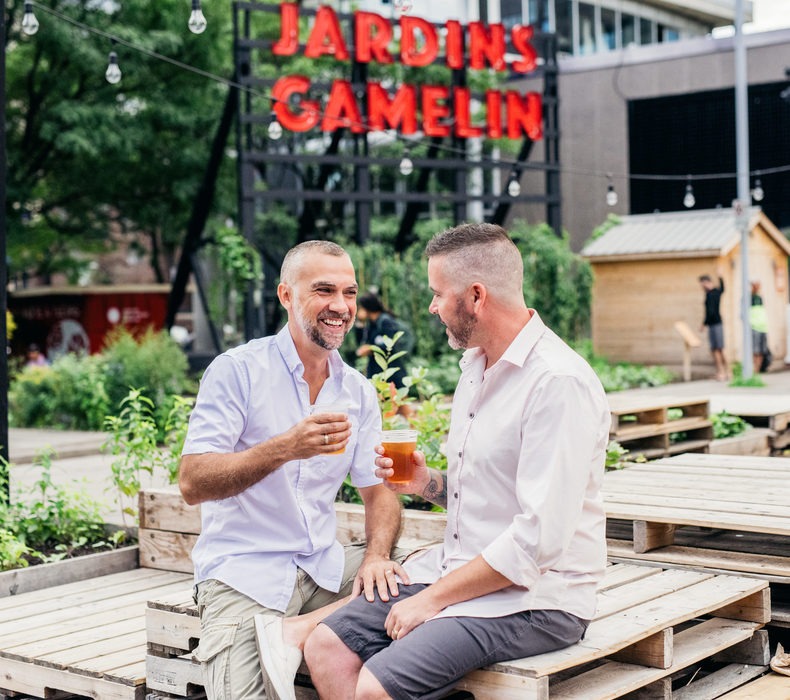 Montréal’s Village is one of the world’s oldest and biggest, long a beloved hub for North America’s vibrant queer life. But Queer MTL reaches throughout the city, forever expanding and enriching an already active community. You can think of the Village as the mothership and these new school venues and events as the city’s inter-neighbourhood explorations, laying claim to safe spaces throughout the city. Say it with us: We’re here, we’re queer—and we’re everywhere! Here’s just a few of our favourites. 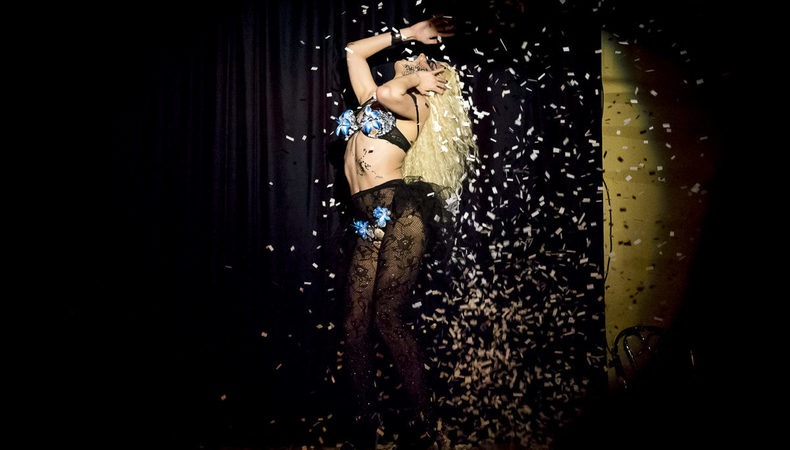 All the Colours of the Rainbow

Montréal’s queer scene offers a party for every taste and a multitude of venues for every crew. Whether a crowded club on the Plateau’s main thoroughfares or tucked away in St. Henri’s back pocket, queer is everywhere.

The Secret is Out

Since its founding in 2012, Lez Spread the Word has evolved from a party series into a Montréal powerhouse. 10 years later, LSTW 2022 is many things: a gorgeous print magazine (past cover models include musicians Tegan & Sara, model Ève Salvail, actresses Jacqueline Toboni and Barbie Ferreira, creative powerhouse Lena Waithe and chanteuse Charlotte Day Wilson), collaborators in the world of cinema (all the way to Cannes and back), and a primary news source for English and French-speaking lesbians. If all that weren’t enough, LSTW also hosts their special club night Où sont les femmes? at venues like Fitzroy and Renard, featuring internationally renowned guest DJs.

A Party for All the Boys

Held in the Plateau’s Bar Belmont (which you’ll notice immediately for the queue of handsome lads waiting to get in), the monthly Mec Plus Ultra – MPU for short – has created an all-inclusive and fun-spirited party atmosphere with guest DJs, performances, and the occasional voguing tutorial. Each edition is given its own name and theme, all aimed at causing interaction and networking both flirty and otherwise. At an earlier edition, all attendees were given stickers with an alien from Space Invaders stuck to their shoulders. Upon spotting the matching invader, the new intergalactic couple went to the bar together for a drink.

One of Montréal’s eastern-most neighbourhoods, the scrappy charms of Hochelaga are home to the regularly held LuvHaus dance party nights at neighbourhood bar Blockhaus. An all-inclusive and fun-spirited party atmosphere featuring guest DJs and performances, LuvHaus is one of Montréal’s must-do LGBTQ+ soirées.

Now famous for more than just its buxom neon sign, Café Cleopatra has evolved from its beginnings as a straight stripper bar to include an all-welcoming upstairs room where everyone is welcome and anything goes. A favourite venue for drag nights, Café Cleopatra also hosts the monthly Bareoke: Strip Karaoke—a queer-themed evening that finally unites the equally pleasing hobbies of public singing and pubic exhibitionism. Reach up for the high notes while stripping down for the crowd.

DISCOÑO’s club nights not only stuffs venues like Newspeak to the brim, this hot kid on the block makes the L in LGBTQ+ also stand for the Latinx queer community. With packed lineups of visiting DJ artists and performances, DISCOÑO offers a constantly shifting experience focused on techno, baile funk and Afro that you won’t want to miss.

Ellelui's regularly scheduled club nights and activities range from pop parties to ping pong competitions, all in the name of building community and fostering connections. And with their ongoing open call for performers and DJs, Ellelui also offers new talent the chance to put themselves in front of Montréal’s supportive Lesbian/Queer community. 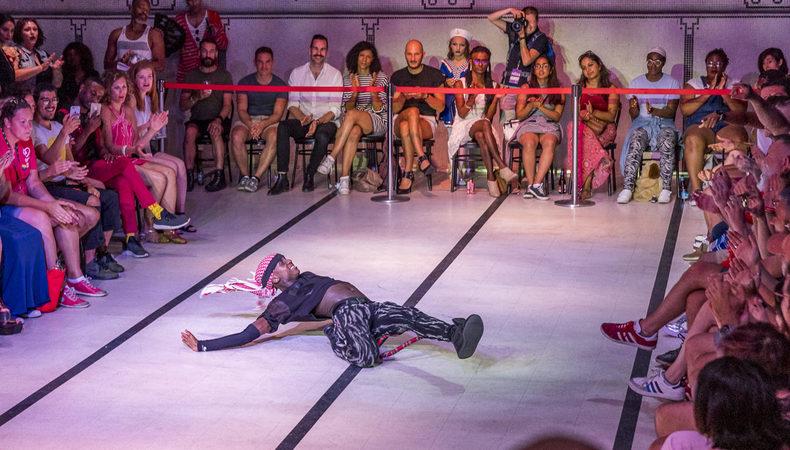 Heralded by local drag daddy-to-all Charli Deville, ManSpread shows off Montréal’s rapidly growing (or is it swelling?) drag king scene. Taking up space semi-regularly on some of the city’s favourite cabaret stages, ManSpread is always a hot ticket—advance booking is always suggested for this one.

Let’s have a Kiki

A growing hub of ballroom and vogue, Montréal’s Mtl-KBA (Montréal Kiki Ballroom Alliance) posts regular updates on upcoming balls, functions and lessons throughout the city. The group’s committed members also produce their own events from time to time, featuring internationally renowned voguers and DJs. Think of it as a one-stop shop—lessons to get you ready leading to runways to demonstrate your skills. 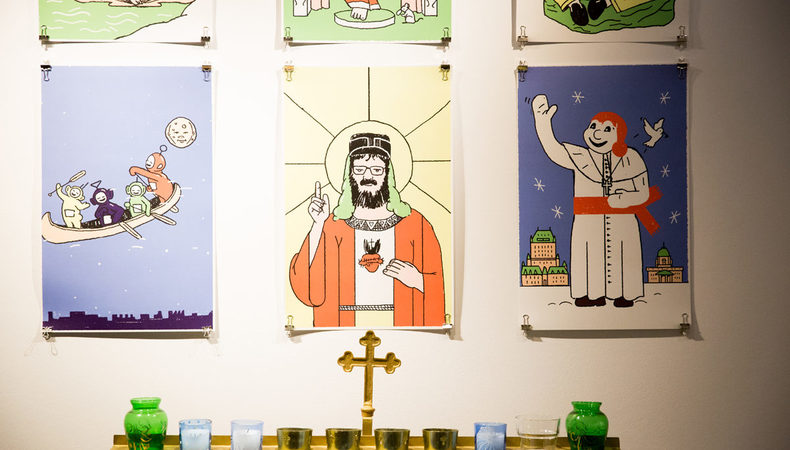 Montréal’s LGBT+ population has long been a major player in maintaining the city as an arts capital. These venues keep fighting the good fight in keeping MTL art queer.

An archive of emotion

Open for public perusal of their large archival holdings drawn from Montréal’s LGBTQ+ communities, the Archives gaies du Québec give a glimpse into the foundational few who made Montréal into the queer Mecca it is today.

Homes for the People

Located across the street from one another, Casa del Popolo and La Sala Rossa are eternally buzzing with activity. Rotating art exhibitions and musical performances abound, and their calendars feature some of Montréal’s most exciting and experimental—and quite often queer—programming.

All For One and One For All

While Never Apart may have closed its doors as a public arts space, their online channels remain a wealth of local queer lore and LGBTQ+ artistic expression. 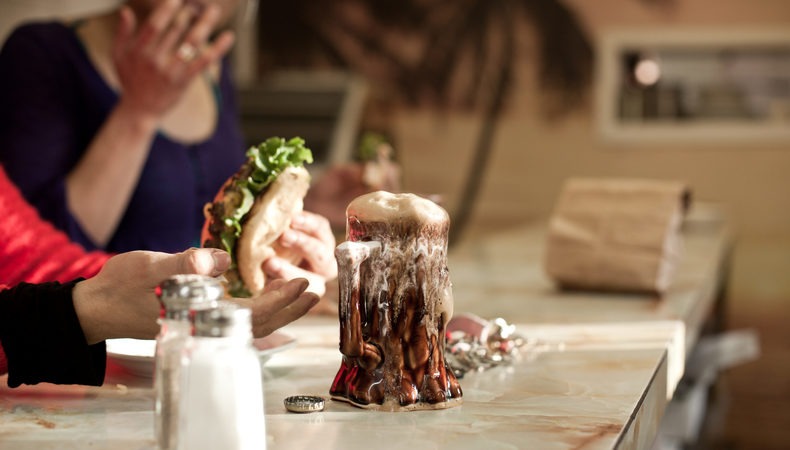 Exploring all that queer Montréal has to offer requires regular refuelling, and these queer-friendly locations excel at nourishment in both solid and liquid forms.

In Montréal’s Mile-End neighbourhood, Pastel Rita is many things—café, natural wine bar, tattoo parlour—but most of all a queer meeting place for local creatives, students and coffee lovers. Painted in bright pastel hues and vibrant greens and golds, it’s also more than instagram ready for your next #mtlmoments selfie.

Down on the Corner

More than just a corner store, the Dépanneur Le Pick Up offers yummy sandwiches and baked goods with one of best backyard terraces to watch the denizens of Mile-Ex passing by. They’ve also opened up a second location in Hochelaga as equally suited to people watching and thirst-quenching.

What at first appearances is a steamy-windowed neighbourhood bar, Notre Dame des Quilles reveals itself upon entry as so much more. Besides the self-serve bowling lanes, the beloved NDQ is also host to comedy and karaoke nights, performances and queer speed dating activities.