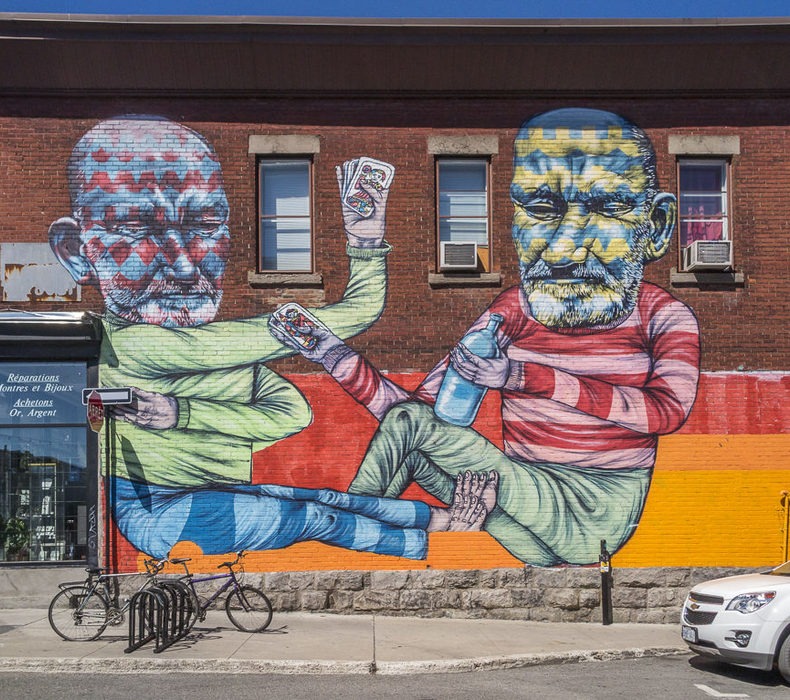 9 gay(ish) things to do in Montréal

Montréal has a massive LGBTQ+ village that is at the centre of its community.  That being said, this city is so gay that some of the best LGBTQ+ haunts are nowhere near the LGBTQ+ village.  Here’s a short list of some gay (and some not necessarily gay) things that will interest anyone looking to show pride outside of the borders of the village. 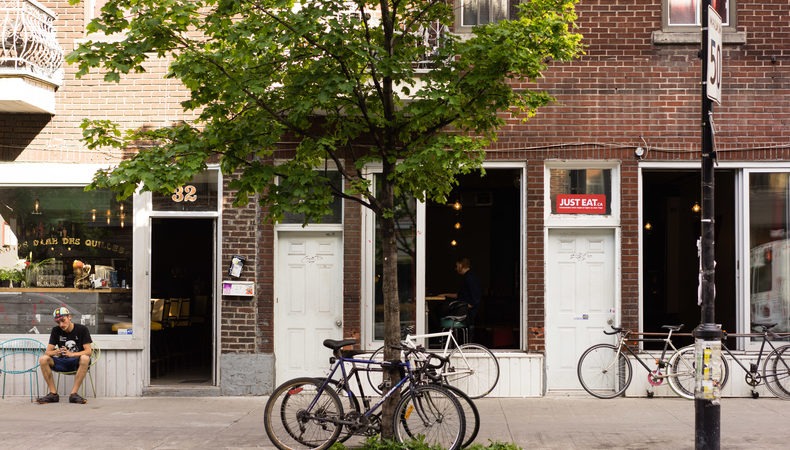 The french verb flâner means to loiter, or rather just to “hang out”.  A great spot to do just this sort of thing is the kitschy (or retro, depending on your persuasion) Notre Dame des Quilles.  With half sized bowling lanes to boot, add this unique establishment to the places that make Montréal the awesome place that it is.  And let’s be honest, if you want to find a place worthy of your time for some quality flânage, don’t you want old school bowling lanes nearby?  Yes, yes you do. 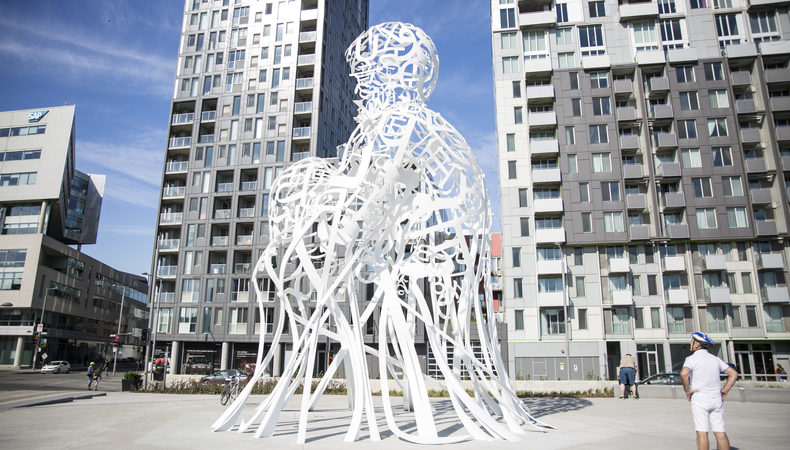 Treat the city streets as an open-air museum

Montréal is obsessed with art.  The citizens love it so much that they want it everywhere, not just in galleries and museums.  Take a stroll and check out sculptures, monuments, photographs and larger-than-life murals.  You could easily set out for a walk and be completely astonished by the quality (not to mention the sheer quantity) of art.  Or you can pre-determine a path that will allow you to take in some of the most impressive works of public art that you’re ever likely to see.  From massive murals to intricate sculptures, projections and photographs, the city streets have become as important to the city’s art scene as any of the established museums. 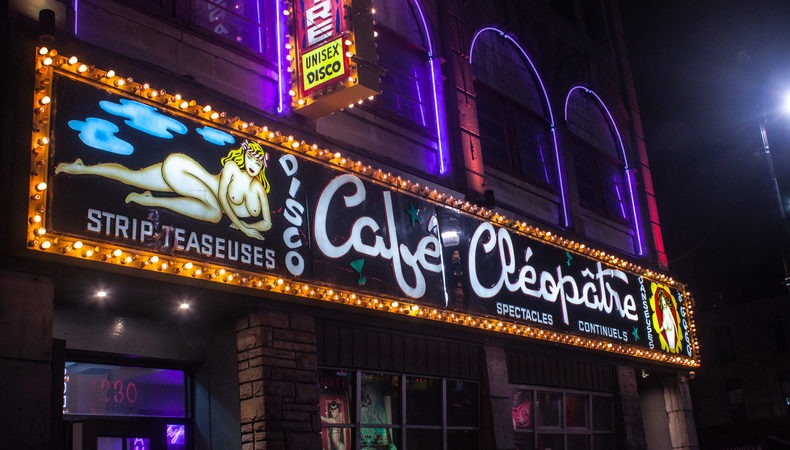 Time travel to a different kind of of gay venue

Café Cléopatre, open since 1976, is one of the last fixtures of Montréal’s famed red-light district.  A straight clientele packs the ground floor to catch female strip shows while a queer clientele walks one floor up to attend all sorts of fascinating events including drag shows.  This is the type of place where you might catch a band as part of a music festival like Pop Montréal, and then come back the next night to see a live fetish show.  Or, if you’re lucky (or unlucky, you decide), you’ll fall upon Bareoke, a karaoke night where the brave singers bare much more than just their emotions.  There is something eerily beautiful about this place.  It mixes sexual freedom with the seedy history of underground countercultures.  Not to mention that the owner refused offer after offer to relocate so that a massive commercial project could be built in its place.  In refusing, Cafe Cléopatre has become a sort of hero of Montréal’s underbelly.

Mec Plus Ultra, or MPU for those in the know, is a monthly dance party of electro/indie/pop music where all the gays and their allies let loose.  MPU started out as an option for gays that simply couldn’t find anything that appealed to them in Montréal’s LGBTQ+ village.  Whether it was the music, the crowds or the venues themselves, a significant number of people felt unrepresented in the very part of town that was meant to represent them.  So was born Mec Plus Ultra, a play on words of nec plus ultra, a latin phrase meaning “as good as it gets” and the word Mec being a French slang term for “guy”. 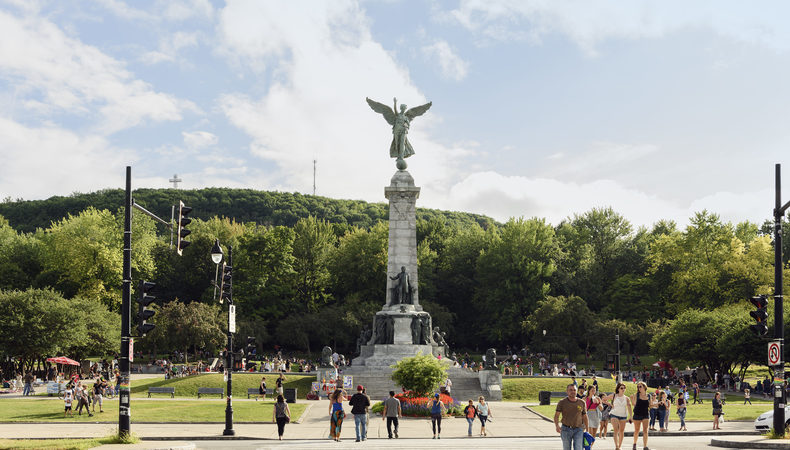 In the heart of Montréal lies Mount Royal, a massive park on a little mountain with forested areas and picturesque views to get you lots of likes on Instagram.  Where else can you stand in the middle of a region of over 4 million people and feel completely secluded?  The mountain, as locals refer to it, has been a protected park since 1876 and was designed by Frederick Law Olmstead, perhaps the greatest landscape architect who ever lived, to whom we owe many of North America’s most beautiful green spaces, including New York’s Central Park.  No matter the season, this is one of the locals’ favourite spots for outdoor activities.  Summer is for bike riding, running or even hiking.  Winter is for skating on Beaver Lake, tubing down the hills, enjoying the cross country skiing trails or strapping on a pair of snow shoes and getting lost in the vast whiteness of the snow.  All the equipment needed can be rented at the chalet on the mountain or at nearby shops. Weave through the fabric of the city

Montréal is a city of neighbourhoods.  As you travel around town, every few blocks, you’ll feel the change.  You’ll see the change.  The architecture, the people, the cultures.  To really understand Montréal, you should visit a few different ‘hoods.  For a firsthand feeling of the diverse architecture, people and cultures, you could start near McGill University, in the neighbourhood known as the McGill Ghetto (don’t worry, it’s sarcastic!) and make your way through the Quartier des Spectacles (Entertainment District), Chinatown and finally Old Montréal.  Watch everything change within a span of about ten blocks.  Victorian homes become expressionist theatres and Art deco office towers give way to 17th century religious buildings.  Meanwhile the people will go from an array of international students and artists to locals of Vietnamese descent and finally a group of bankers and techies.  A big part of the diversity that makes this city so special is precisely what you’ll encounter if you simply take a walk through its streets.

Here’s a challenge: Try to find a day with no festival going on in Montréal.  You probably can’t.  In this town, any excuse is a good excuse to celebrate.  And over the last few decades Montréal has managed to position itself as a contender for the title of “World Capital of Festivals.”  Although some massive festivals do take place in the heart of the summer season, by no means are festivals here a seasonal thing!  Winter temperatures do not stand in the way of this city’s love of having a good time!  Take Igloofest, an eccentric nod to winter, electronic music and digital arts: it attracts tens of thousands of people, dancing under the stars on the banks of the icy waters of the St. Lawrence River. Or if you’re into experiencing different cultures, check out festivals such as Carifiesta, the Kahnawake Pow Wow, or the Montréal Italian Week.  As for gay festivals, there are a number of them, from the huge Fierté Montréal Pride, to more intimate events such as image+nation, a film fest specializing in LGBTQUEER cinema. Never Apart is a cultural centre.  And art gallery.  And a magazine. It’s all of the above. Because labels don’t matter.  Not here, anyway.  Much more than a physical space, this organization fosters a community consciousness and serves as a platform for the arts, the environment and social justice.  Montréal is a city where labels are easily peeled off.  This might come from the mixing of cultures that is found here, or maybe from the fact that you could easily get by in a number of different languages.  Whatever the reason for this openness, the city produces seriously innovative gems like Never Apart, where creativity is stimulated. 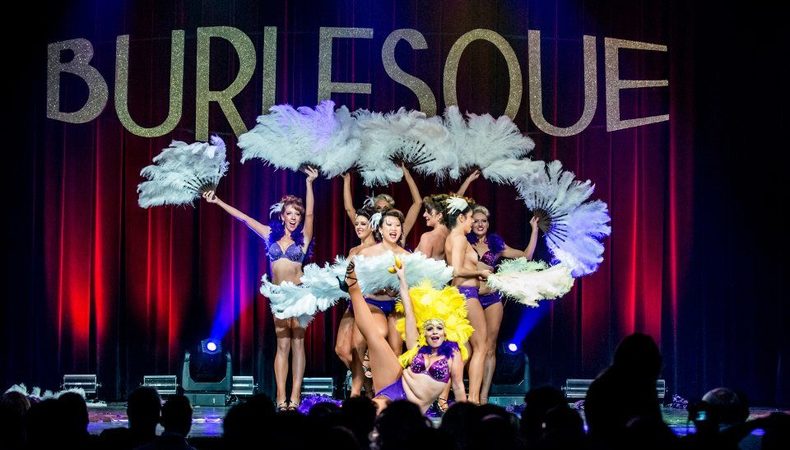 Dive into the world of burlesque

Montréal is a hotbed of the performing arts.  With renowned circus troupes calling the city home, it also has the reputation of a circus arts capital.  Add that to it’s reputation as a ‘sin city’ and you’ve got the perfect recipe for burlesque.  Just check out the Wiggle Room to see what it’s all about.  A throwback to vaudeville, an important component in Montréal’s entertainment history, the Wiggle Room mixes old school classic cocktails with live burlesque shows.  Drop in and feel the Wiggle Room vibe that gets its inspiration from the very street that it is located on:  Saint-Laurent Boulevard, a storied street where Montréal’s naughty has long mixed with the nice in exactly these types of places.