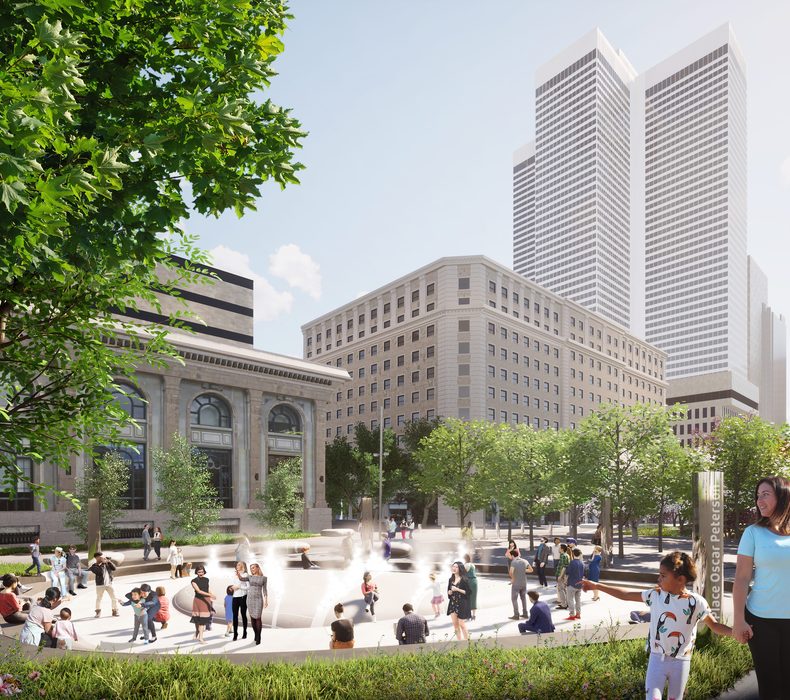 The Montréal of Oscar Peterson

Global jazz icon Oscar Peterson (1925 – 2007) adored his hometown of Montréal, the city which inspired his music and launched his career. Widely regarded as one of the greatest jazz pianists of all time, Peterson played with everybody from Ella Fitzgerald and Billie Holiday to Dizzy Gillespie and Louis Armstrong who called Oscar “the man with four hands.”

The Montréal of Oscar Peterson

The son of a railway porter and a domestic worker, Peterson was raised in Little Burgundy, the neighbourhood dubbed “Harlem of the North” which during Montréal’s Sin-City era was home to one of hottest jazz scenes on the planet. As Peterson once said, “I had to teach myself by being around the jazz that was being played in Montréal at that time. And there were quite a few good players.”

Oscar’s first piano teacher was his sister Daisy Peterson Sweeney who was a revered piano teacher in Montréal’s Black community and whose students included another Montréal jazz icon, Oliver Jones.

Oscar Peterson went on to win eight Grammys, including a Lifetime Achievement Award; his 1962 song “Hymn to Freedom” became an anthem of the Civil Rights Movement in America; he was awarded the Companion in the Order of Canada in 1984; and in 2005 became the first living Canadian ever honoured on a stamp.

In August 2021, the City of Montréal unveiled plans for Place Oscar-Peterson, a large public square that will be created during the reconstruction of McGill College Avenue in the heart of downtown. The square will be located between Saint Catherine Street and de Maisonneuve Boulevard, and will include a statue of Peterson and other art installations celebrating his life and work.

“For more than 60 years, Oscar Peterson played around the world, he was an inspiration to generations of Montréal musicians,” Mayor Valérie Plante told reporters. “Although he achieved worldwide fame, Oscar Peterson remained very attached to Montréal and composed many pieces about his home city, including “Place St. Henri” which is one of his classics.”

Oscar’s widow Kelly Peterson said Montréal “didn’t give him his talent, of course, but its influences shaped him throughout his life. He was so very proud to have been born in Montréal, to have grown up in Montréal, to come back to play the Montréal International Jazz Festival.”

Work on Place Oscar-Peterson is expected to begin in 2023, and Plante hopes it will be completed in time for the 100th anniversary of Peterson’s birth in 2025.

While Little Burgundy was the epicentre of Montréal’s Sin City-era jazz scene, Peterson in 1947 began a residency at the downtown Alberta Lounge at the corner of De la Gauchetière and Peel streets, where the Chateau Champlain Hotel is located today. Peterson was discovered there by legendary American jazz impresario Norman Granz in 1949, then made his American debut at Carnegie Hall later that year.

Growing up in Little Burgundy, Peterson attended the historic Union United Church (3007 Delisle Street), founded in 1907 by Black railway porters and their wives. Today, a nearby park in Little Burgundy is named after Peterson.

In addition to teaching thousands of students – including her younger brother Oscar – to play piano, Daisy Peterson Sweeney in 1974 co-founded the Montréal Black Community Youth Choir at Union United Church, the choir which in 1982 became the famed Montréal Jubilation Gospel Choir under the direction of Dr. Trevor Payne.