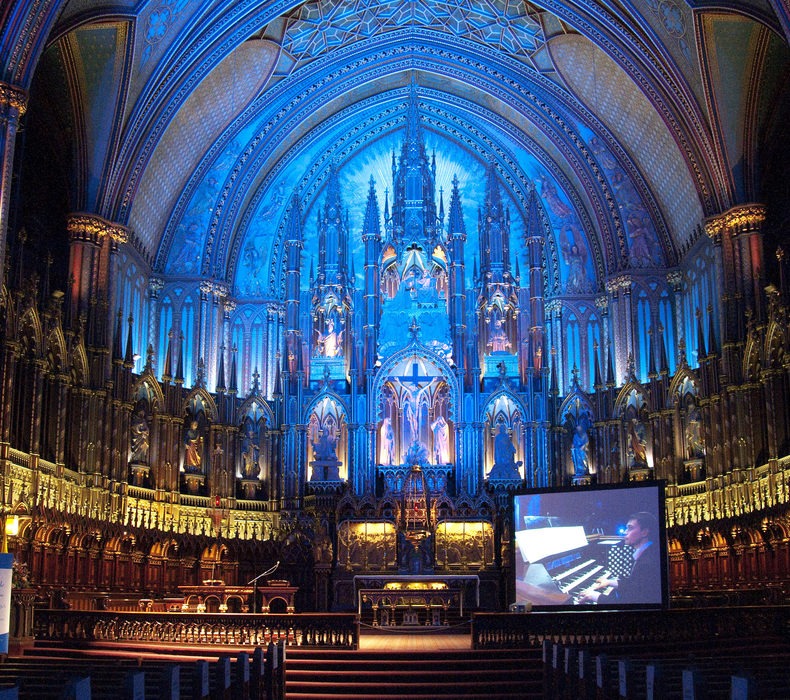 The pipes, the pipes are callin’ at the Canadian International Organ Competition, Montréal’s annual festival celebrating the “King of Instruments.” Pipe organs are meant to match the majesty of the churches that house them, so it’s no accident that Montréal, renowned for its incredible wealth of religious architecture, is also home to some of the most magnificent organs in North America. For over a month and a half we’ll be paying homage to these wonderful, complex wind machines and the exceptional musicians who make them sing.

Everyone’s a winner at the CIOC

Every year in the fall, the Canadian International Organ Competition (CIOC) Festival convenes many of the world’s finest organists for a diverse — and unfailingly fun — programme of concerts and activities. This year, from September 30 to November 16, the CIOC will host more than 20 events at various locations around the city, both ticketed and free. The CIOC is called a competition because, in addition to the annual festival, every third year it organizes an international competition in Montréal at which a jury representing various countries awards significant prizes to the best young organists under 35 years old in the world. The next juried competition takes place in 2020. 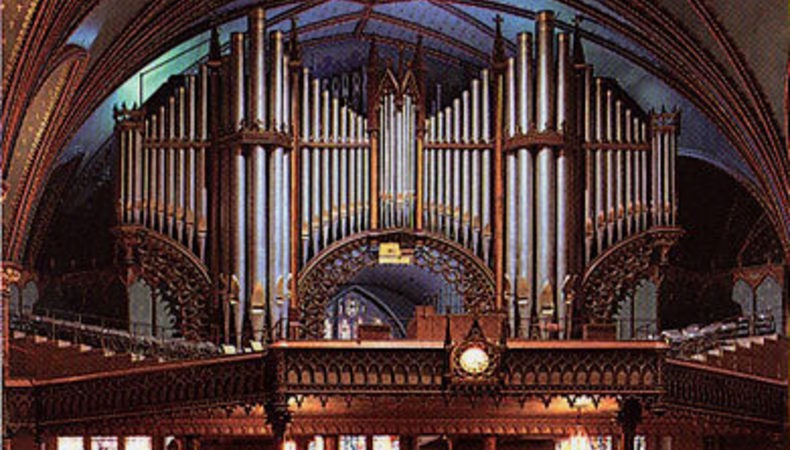 The organ is one of the world’s oldest, noblest instruments, with more than 2,000 years of history under its pedals, which is due in no small part to its ability to reinvent itself. The bright future of the organ will be showcased during the Gala Concert, on October 19, at Old Montréal’s grandiose, historic Notre-Dame Basilica of Montréal (the Basilica’s organ was built in 1891 and features four keyboards, 7,000 pipes and 92 stops, which control airflow to the pipes). The concert, one of the festival highlights, will feature three award-winning organists under the age of 30 who are among the best organists of their generation: Alcee Chriss III, Thomas Gaynor and Joshua Stafford. 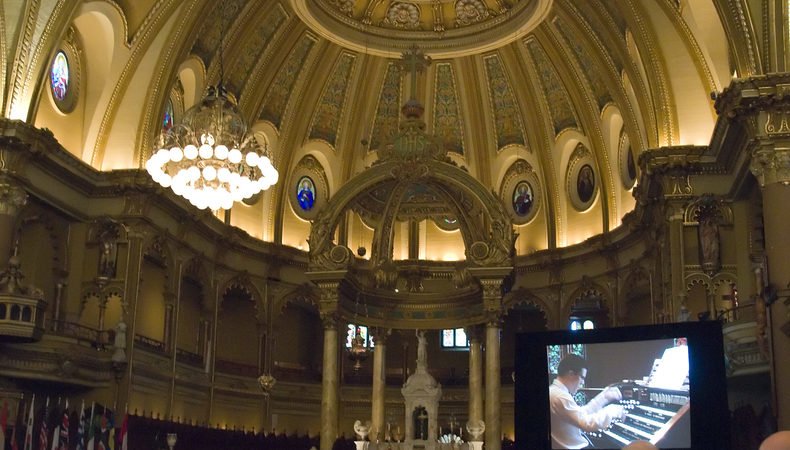 A pipe-eating ogre has hidden in the organ! What to do?! At “There’s an Ogre in My Organ!”, kiddos aged 3 to 10 are invited to help an actor and an organist dislodge the disagreeable beast in a musical/educational activity designed to help kids better understand how organs work. On October 6, parents and wee ones are invited to sit next to the epic organ in the iconic and awe-inspiring Saint Joseph’s Oratory, located on the western flank of Mount Royal (this activity is free, but reservations are required). Maybe not for the tiny tots but certainly no less fun will be “The Horrors of Dracula,” taking place on October 30 at Montréal’s amazing Maison symphonique. Produced by the Orchestre symphonique de Montréal, French organist Thierry Escaich will be accompanying the 1922 silent horror film masterpiece Nosferatu. 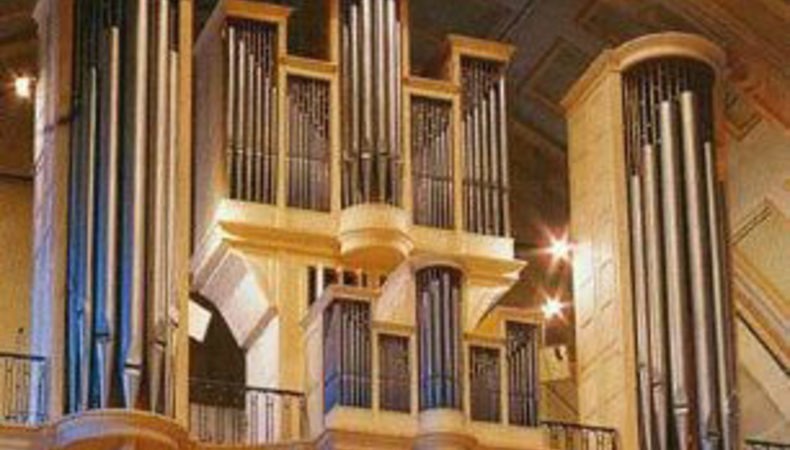 Ensuring that the organ fest is accessible to everyone, there are a few free events, including a performance of music by Mozart, Debussy and Bach by 2017 CIOC competition finalist Oliver Brett on September 30. It will take place at the storied Notre-Dame-de-Bon-Secours Chapel in Old Montréal, built in 1771, making it one of the oldest churches in the city. The organ itself was constructed in 1773… Also free is “The Great War, Vespers of Remembrance,” a moment of reflection commemorating the 100th anniversary of the armistice that ended the First World War. The choir of The Church of St. Andrew and St. Paul will perform Maurice Duruflé’s solemn Requiem (extracts) and Vaughan Williams’ Dona Nobis Pacem, with Jonathan Oldengarm on the organ. At St. Andrew and St. Paul’s, October 20. 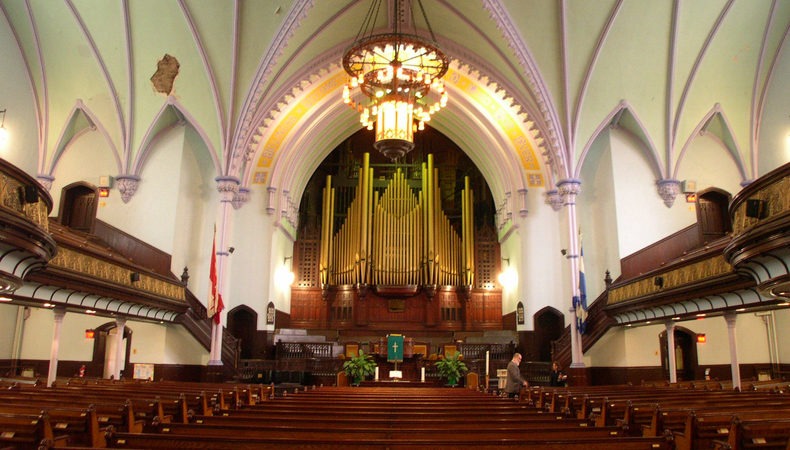 In addition to all the concert happenings (see the complete programme here), the festival is also offering several other special events, including a “Mad About the Organ” guided tour of the organs at St. James United Church and St. Andrew and St. Paul, as well as an organ building workshop, on October 20. On October 21, there will be a preview of the documentary Pipe Dreams with an interview with producer Stacey Tenenbaum, who obtained privileged access to the competitors of the 2017 CIOC Competition during the making of the doc... And the inauguration of the historically significant organ in the Église de l’Immaculée-Conception, complete with a celebratory concert on November 16, caps the total reconstruction and restoration of the 60-year-old organ.