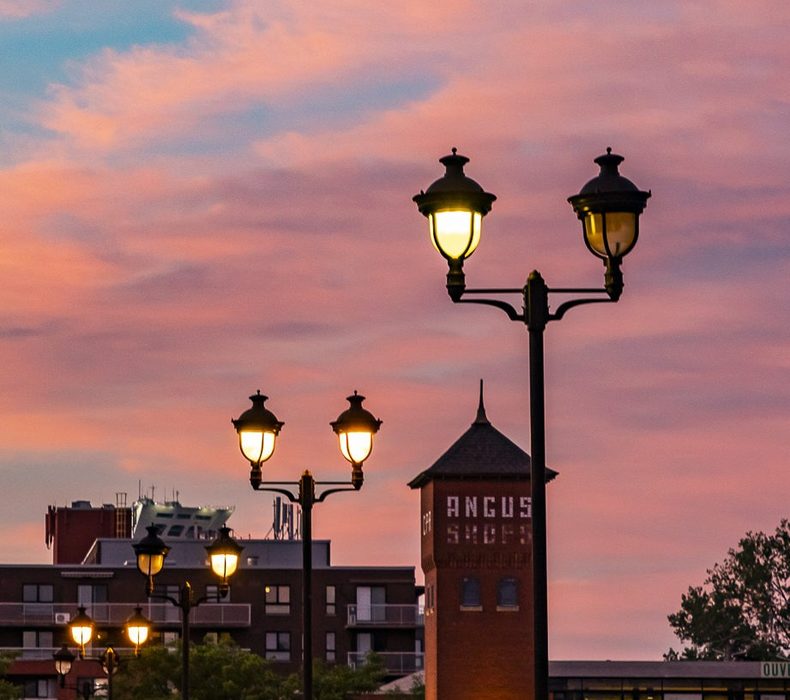 Explore the right side of the tracks in Technopôle Angus

Montréal has long been noted for its unique mix of worlds old and new, and that blend is on full display in the Technopôle Angus quartier at the border between the Rosemont-La Petite-Patrie and Hochelaga Maisonneuve neighbourhoods.

A textbook example of urban renewal, Technopôle Angus is developing Quebec’s first LEED ND Platinum certified green neighbourhood. With living greenspaces from the ground to the rooftops, this urban village utilizes the latest and greatest in conservation and sustainability. Linked directly to the leafy Parc Jean-Duceppe, Parc Saint-Émile and Parc du Pélican, you’re never far from a restful oasis, and the view of Mount Royal to the west is postcard pretty. 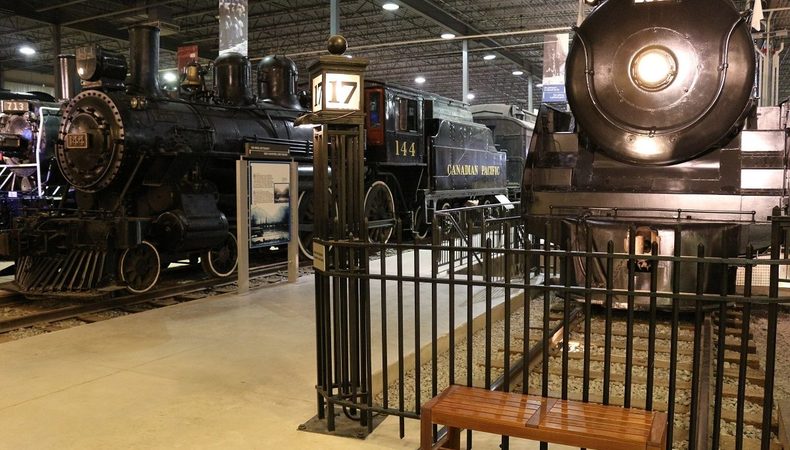 Formerly the home of the Canadian Pacific Railway’s railcar manufacturing and repairing centre the CPR Angus Shops, the site was also a key player in Quebec’s wartime effort, involved in the manufacturing of armaments sent to the front. While the rails and shophouses have since fallen silent, the new Technopôle Angus is a buzzing centre of bustling boutiques and creativity. Besides the groundbreaking tech and startup firms filling the spaces of the Locoshop Angus (Canada’s first green industrial building!), the neighbourhood is also a meeting point for the city’s working cinéastes. Home to the Montréal brach of the IATSE film union, the area’s film connections are echoed in the leafy twin plazas Place Michel-Brault and Place Pierre-Falardeau, two leading figures in Québecois film history. That sweeping view of the mountain isn’t all that’s cinematic in this hood.

An urban village with a gourmet touch

Transforming sweeping brick and mortar warehouses into prime shopping and creative space, Technopôle Angus is an architectural feat of open rooftops, high walls, and converted station houses calling back to the world of rail travel. Well-stocked with mouthwatering patisseries (like Mamie Clafoutis), the stylish Station W café, butcher shops (the Boucherie Les Épicurieux) and the world-class La Cloche à Fromage fromagerie, it’s a gourmand’s mini paradise. Restaurants like Magnolia MTL and No. 900 Pizzéria Napolitaine ensure a happy stomach, followed with sinful afters at Chocolate Favoris. You’ll even cross paths with aspiring chocolatiers in attendance at the Chocolate Academy Montréal, whose campus is right across the road (with classes also available online).

All aboard for Technopôle Angus!

An area packed with tasty delicacies, forward-thinking innovators and a storied history, Technopôle Angus is one of Montréal’s up-and-comers worth exploring. Hop on board because this train’s already on the move!