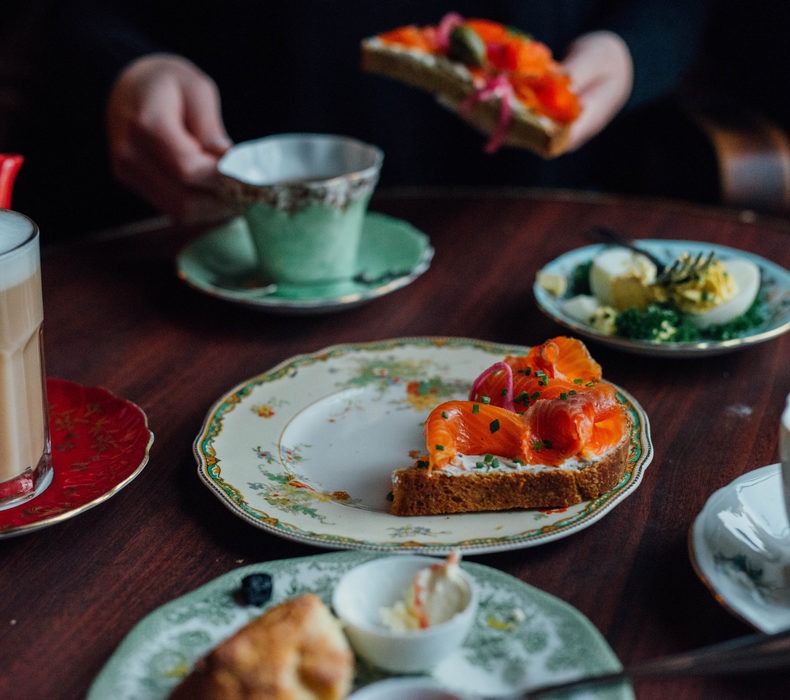 The tea houses of Montréal

While the influence of the coffee-centric Parisian café looms large over Montréal, some of the city’s finest sipping spots are its teahouses. Coffee might get you up and out of bed, but a cup of tea is for chatting and relaxing, or reading and reflecting. Largely tucked away in secret in-the-know spots of respite and recharge, Montréal’s tea café culture is quietly gaining steam. 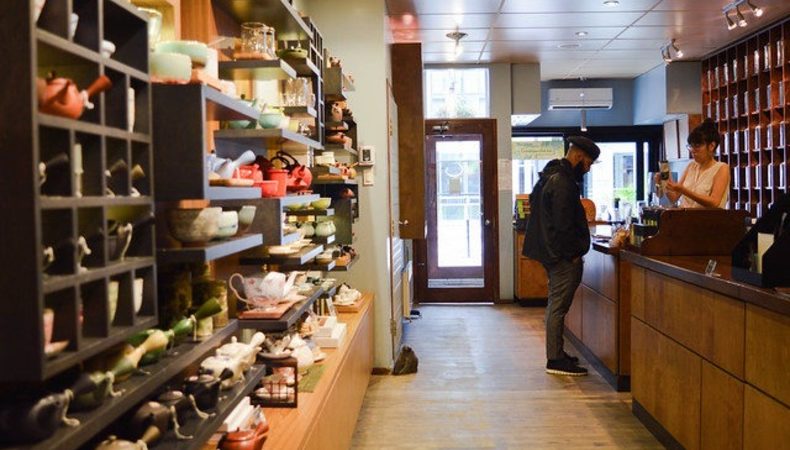 Explore the science of tea

More than just a tearoom, Camellia Sinensis is a tasting salon and tea laboratory all in one, featuring a seemingly endless blend list from international producers. There’s far more to tea than Earl Grey and English Breakfast, and here’s where you’ll find it. There’s also a Tea School, offering classes in tea ceremonies and infusion techniques for students from the age of 7 and up, and make-your-own À la carte tea taster kits to show off to your tea dates at home. 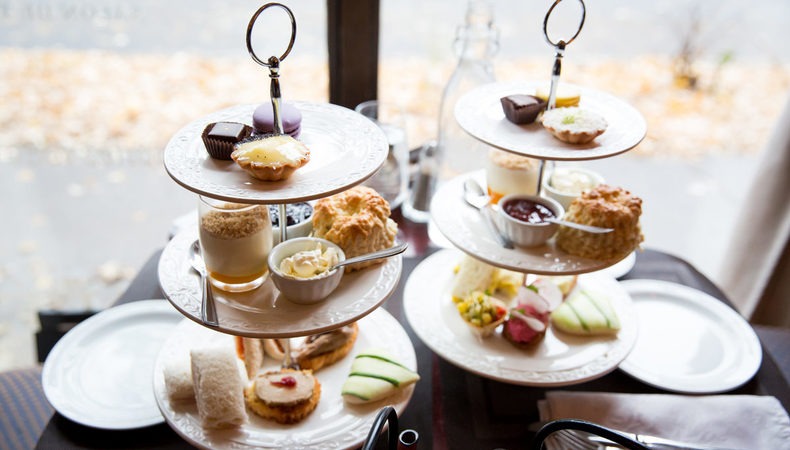 Perfectly situated for a tea break after a wander through Parc La Fontaine, Le Parloir is a bona fide English tearoom nestled along a charming residential street in the Plateau. The friendly staff and local customers lend Le Parloir a uniquely neighbourhood feel, and everyone’s welcomed in like a regular. Not too hot, not too cold, not too big and not too small, Le Parloir keeps everything just so.

A lesson in tea culture

A “Club for tea lovers,” Cha Do Raku specializes in teas from Japan and offers workshops on tea preparation and traditional Asian tea culture. Owner Shiho Kanamaru will even make flavour suggestions following a short survey via the café’s Tea Clinic. There’s more than just leaves in that steaming cuppa and Cha Do Raku will teach you the tea-lover ropes. 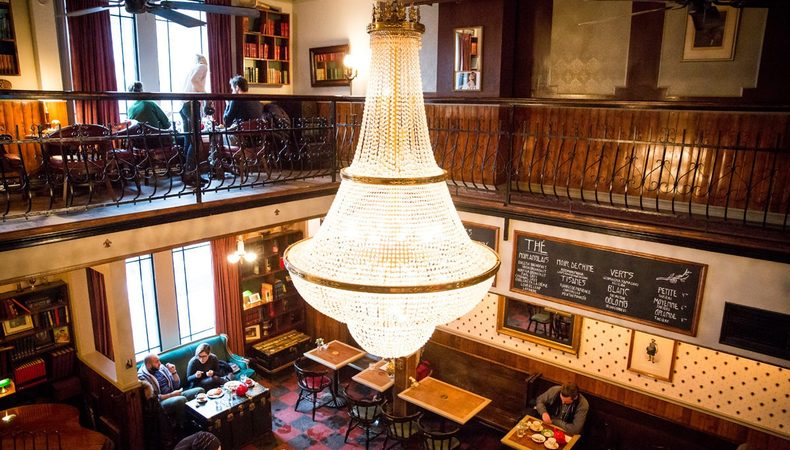 The teahouse gem of the Mile End

One of the Mile End’s best-kept secrets, the Cardinal Tea Room’s genteel atmosphere makes for a quiet refuge from the rush of Saint-Laurent Boulevard. Head here for a traditional tea selection coupled with savoury bites, set to lightly twinkling ivories (there’s a baby grand piano on hand) and the quiet murmur of Montrealer conversation. Those sparkling chandeliers also look great on Instagram.

Chinese delicacies by the pot

A mainstay in Old Montréal, Ming Tao Xuan is an encyclopaedic repository of loose leaf teas ranging from Dragon Pearl Jasmine to Hei Ku Qiao buckwheat tea, and traditional tea wares that look great in any tea cupboard. It also offers a traditional Chinese tea ceremony genuine enough to convince you you’ve been teleported to The Forbidden City. 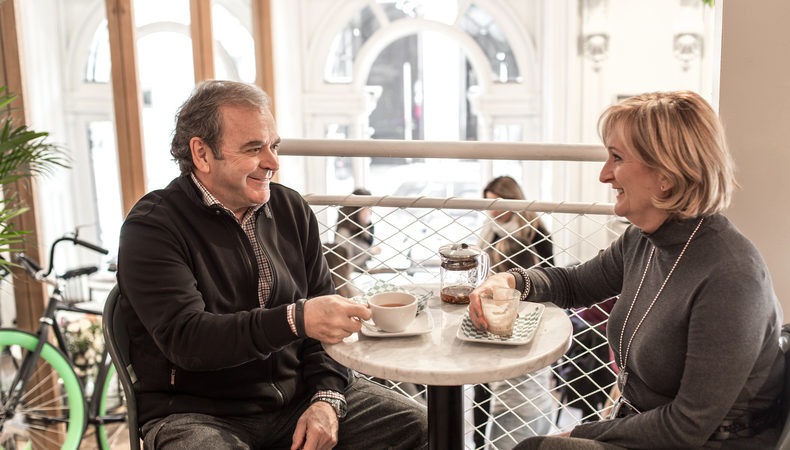 An oasis of calm in the urban jungle

While Old Montréal is surprisingly lacking in tearooms befitting the cobblestone streets and antiquated facades, two of the finest new cafés are setting the bar high for the rest of the city. A block away from the Notre-Dame Basilica, Tommy is constantly abuzz with the area’s creatives in a bright space bedecked in hanging plants, filling the eyes – and cups – with leafy goodness. 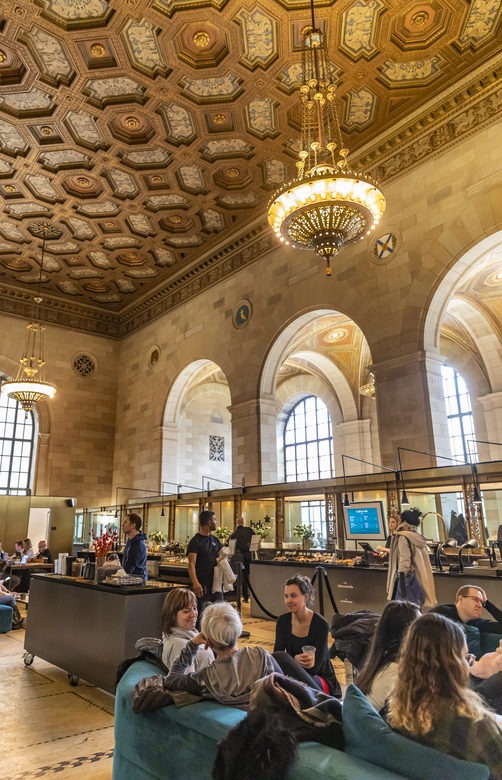 Tea breaks you can bank on

Converting one of Montréal’s old bank buildings, Crew Collective & Café’s arching ceilings reach sky-high, promising a tea break unlike any other. Once you look back down, you’ll notice others staring upwards over cups of Assam Banaspaty and Red Moon Rooibos – a guaranteed refreshing transaction. 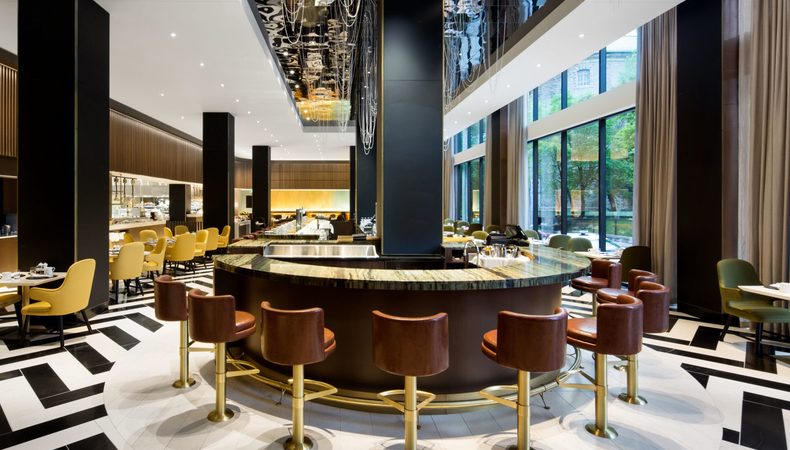 High tea fit for a queen 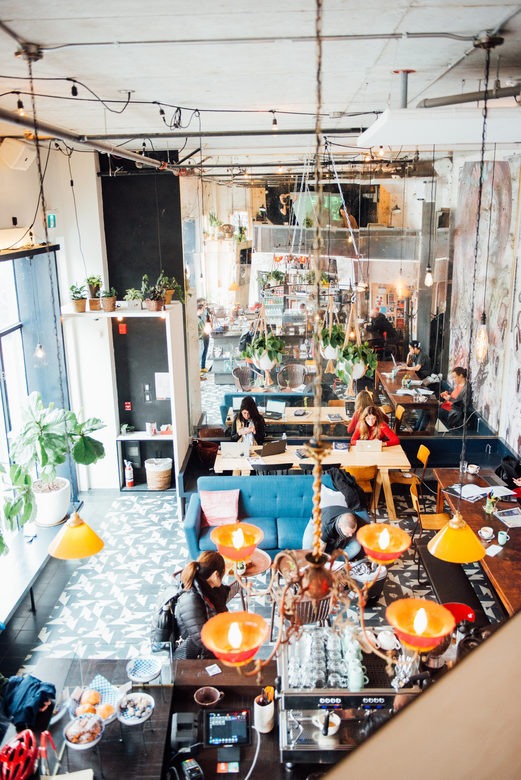 Putting the tea in community

Close to the Plateau’s Parc Laurier, Café ORR is a neighbourhood hot spot where freelancers come to work, students study the hours away and the plush sofas are full of conversation. There’s even a projection screen for regularly scheduled film screenings – and requests are welcome. Try the chai and matcha lattes and stay for the movies.

Since 2003, the Gryphon d’Or Tearoom has been a closely-kept secret amongst denizens of Montréal’s Notre-Dame-de-Grâce neighbourhood, but scones this good couldn’t stay secret forever. And while its classic scones take a starring role in its pitch-perfect high tea service, the rest of its tea tray is filled out with delicious sandwiches and other bites to ensure a leisurely, satisfying and tasty experience. 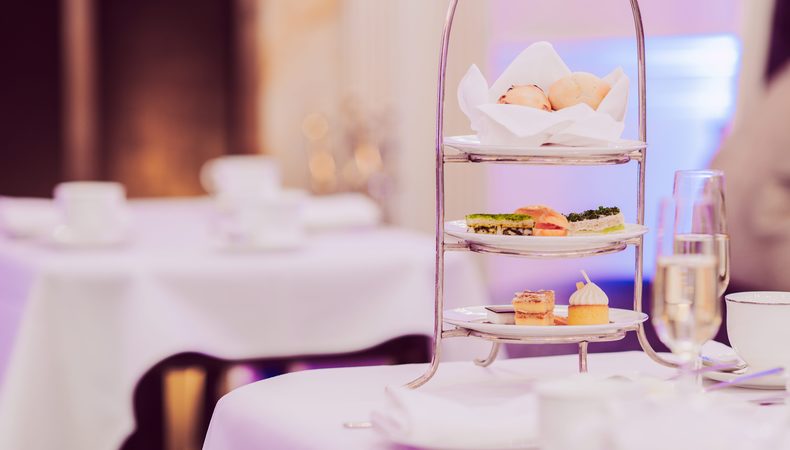 Tea with all the bells and whistles

And for those looking to go all out with a royal-standard High Tea service, the Ritz-Carlton Montréal’s Afternoon Tea comes with a stacked tower of finger sandwiches, toasty scones, cream, and jams in one of Montréal’s poshest environs. This being the Ritz, there’s the option of a Brut or Dom Pérignon Rosé finish to the service – pinkies raised, naturally. The printed menu even includes a history lesson on the Duchesse de Bedford Anna Maria Russell, for whom the unbearable Edwardian schedule of dinner at 9 p.m. prompted her mid-meal creation of Afternoon Tea. And really, without her pre-dinner hunger pangs, what would we do with our afternoons?