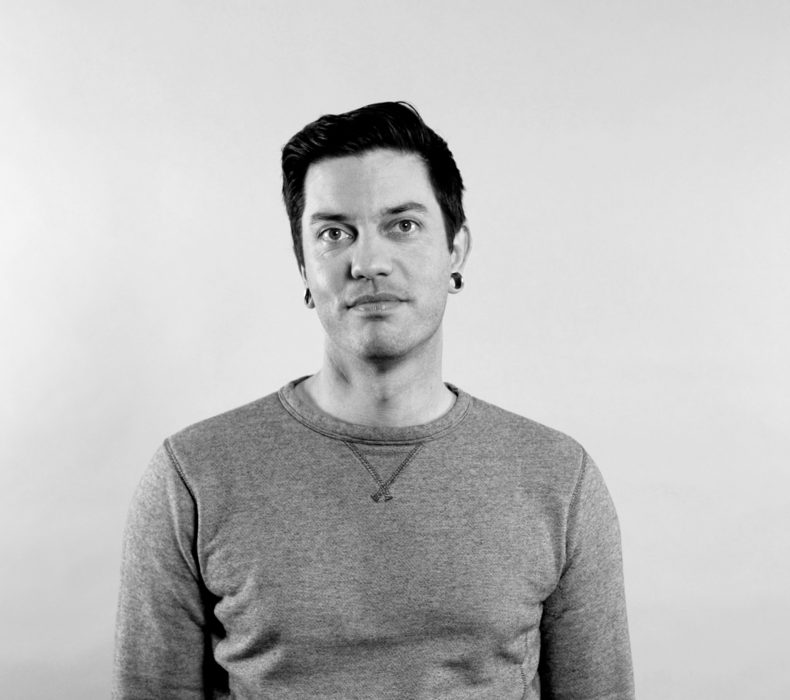 Julien Smith is a typical Montréal Renaissance man. You may know his name from the many tech books he’s authored, or, more recently, because he’s the cofounder and CEO of Breather, one of Montréal’s most exciting startups. Breather rents commercial real estate in an on-demand fashion. Mostly it’s a service used for meetings, photo shoots, strategy sessions or offsites – whenever you would use an office, you can book a bee-yoo-tifully designed and affordable Breather space for anything from an hour to a day to several days. There are now 500 such spaces in 275 buildings over 10 cities, which is why Julien travels a lot and now divides his time between New York and his native Montréal. We sat down to get the goods on some of his favourite things about Montréal’s design scene. 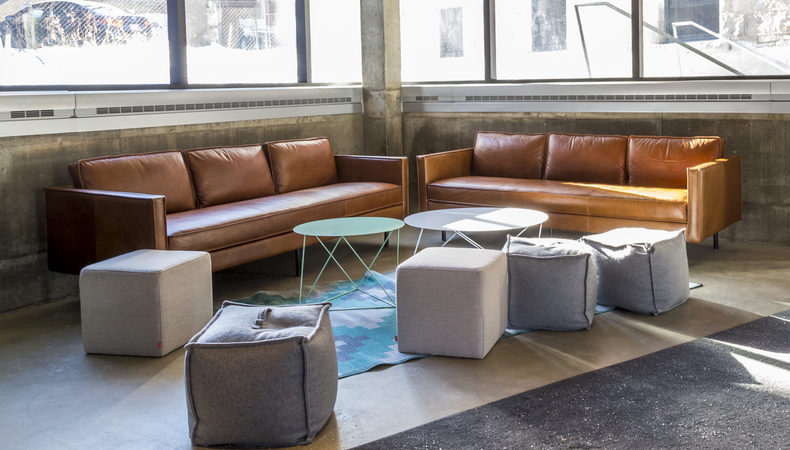 Notman House. Notman one of the first people to run a photography company in Montréal, and now they’ve turned this house into a startup hub, with a cool café in the basement designed by Breather employee Sophie Fidler and her husband. I like when people come together and have ideas and collaborate on things, and this is a great place for that. Saint-Viateur Street is also like that, full of startups and people working on ideas and collaborating in a bunch of offices, just trying stuff.

Because it’s easy. It’s so easy to find something you like and to buy it when it’s affordable to do so. In my industry they like to say “everyone likes to be first to be second.” Which is to say the first person’s really taking a risk, the second person is no longer taking the risk but is reaping the benefits. So if you have a sense of identity built around what you like, then you can be first, support something when it might still be messy, while nobody knows about it, while it’s in the process of it becoming something meaningful.

I’m not wearing any colour, so I guess that’s typically Montreal! But I think there’s many Montréals, actually. The only thing you really need to think of in Montréal is the seasons.

What happens in a city like this one, where there’s less economic advantage than in other cities like New York, Toronto, San Francisco or something, is that fundamentally you get an equilibrium of money and talent. Like, there’s a lot of money in Silicon Valley, so all this talent rushes to it and it becomes incredibly difficult to work with good people because they’ll cost you insane piles of cash and they’ll work with you for 6 months before going somewhere else. The inverse happens in a place like Montréal, an undiscovered corner of the universe: there’s tremendous talent you can work with in a reasonably priced way and get an enormous quality of work. It’s a great opportunity for everyone involved. 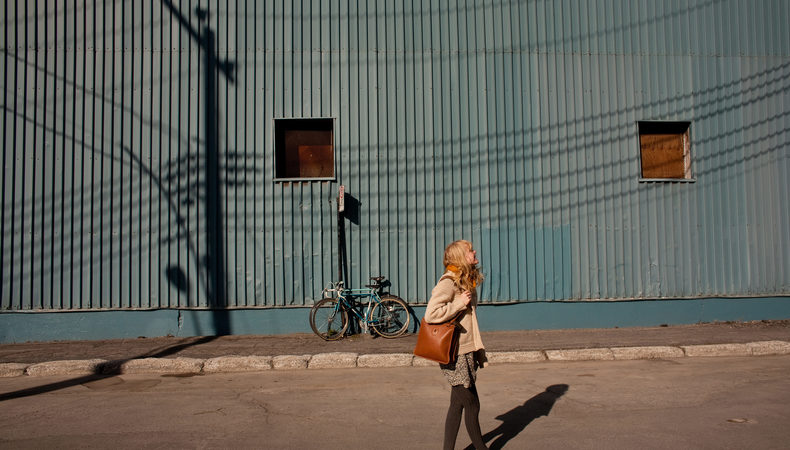 Saint-Henri. It’s an old neighbourhood with a lot of history, and there’s all kinds of people of all different types, from the anarchists that live in that industrial building on Courcelle all the way up to million dollar homes. If you just see your type of people you get a homogenous sense of identity, and I don’t believe in that. I think you should consistently be confronted by ways of thinking and doing things that are different than yours in order to always have to learn. I think it makes your ideas stronger and a better person. 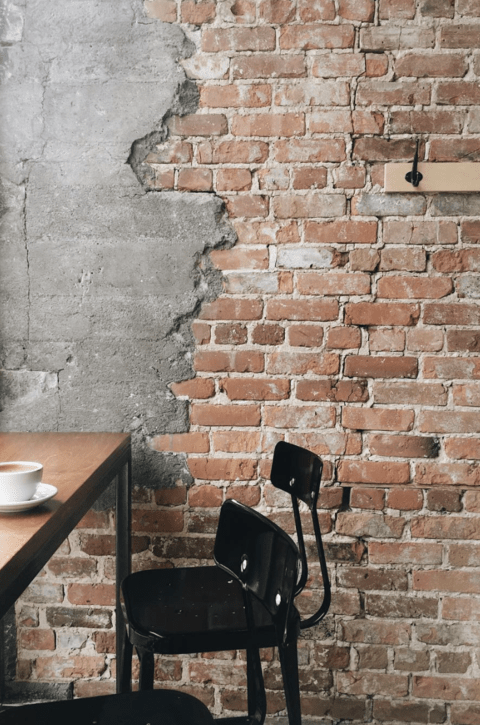 Where do you go in Montréal for a coffee?

The place I like right now is the combination of a surf store and a café called September, on Notre-Dame. In the back they have a shaper studio where you can actually make a surfboard. 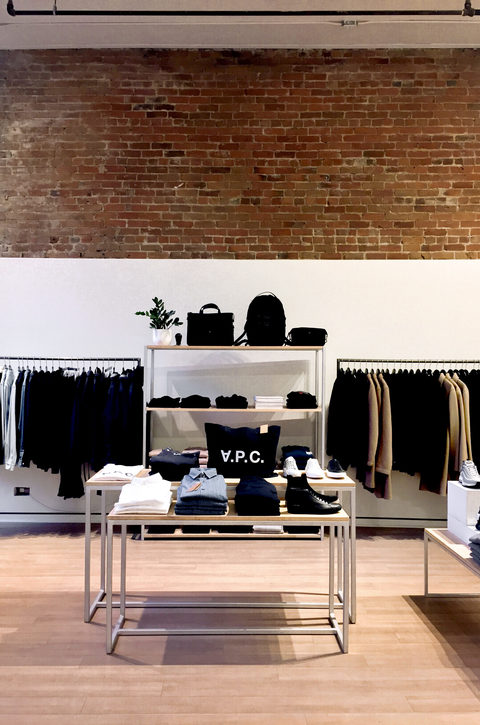 Les Étoffes, or I’ll go to Rooney in Old Montréal. 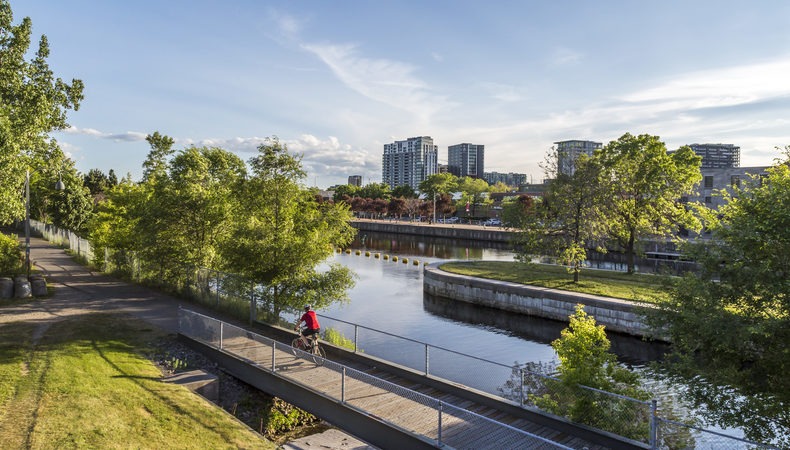 I’d go to the Lachine Canal or walk around the Mile End. I like walking a lot. 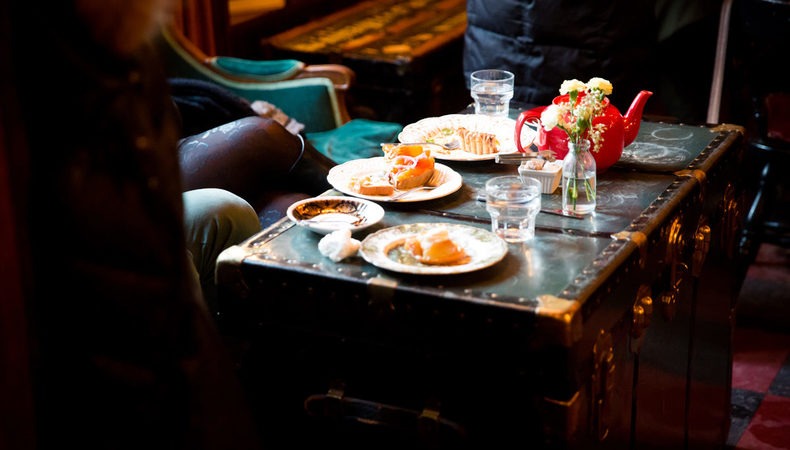 Cardinal tea room, above Sparrow on St-Laurent. That place is just amazing – you have to show up at exactly the time it opens or you will never sit down. There’s all these alcoves, and it feels like mostly women go there to have tea and biscuits, but I go there and I just sit there by myself. It’s one of my favourite places to go.

I’d send them to hunt for Quebec antiques, maybe – if you go up and down Atateken Street you can essentially find any piece of furniture that you want that would typically cost four times as much in Paris or New York. It’s all about digging.

This post has been presented in collaboration with Souk@SAT, avid supporters of Montréal design.