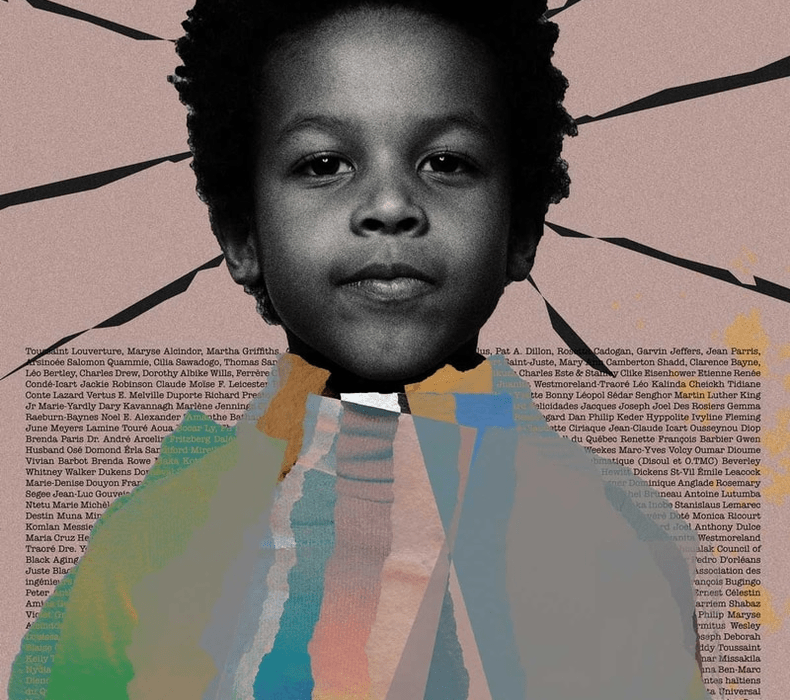 Click here for this year’s twelve BHM laureates and scroll down for some choice events.

Filmgoers will enjoy the 14th annual edition of the Massimadi Montréal Afro LGBTQ+ Film and Art Festival which runs from February 11 to March 11. Watch 26 films (16 shorts, 7 features and 3 medium-length films from 12 different countries, including Brazil, Nigeria, Kenya, Haiti and Canada) streaming for free across Canada at massimadi.ca.

The French-language spokesperson for the 2022 edition of Black History Month, singer Shah Frank will welcome several Kartel Musik artists to the stage for her Shah Frank and Friends concert at Club Soda on February 25. More details to come.

The French adaptation of legendary Pulitzer-winning American playwright Katori Hall’s award-winning play The Mountaintop – Au sommet de la montagne – runs at Théâtre Duceppe from February 23 to March 26. The play is a fictional depiction of Dr. Martin Luther King Jr.’s last night alive, on the eve of his assassination, set entirely in Room 306 of the Lorraine Motel after he delivered his iconic speech “I’ve Been to the Mountaintop” on April 3, 1968, at the Mason Temple in Memphis, Tennessee

Gold medalist in the 4 x 100 m track and field relay at the 1996 Olympic Games and recently named to the Order of Canada, Bruny Surin will reflect on his athletic career and talk about his role as a motivational speaker and business coach, on February 23 at 7 pm, to launch the 11th annual Fade to Black Festival (Festival Fondu au Noir) which focuses on the place of Black communities in the arts, entrepreneurship and the professional world. This year’s online program (mostly free, including the French-language Surin event) presents numerous speakers, panelists and performers from February 23 to 27, including a Q&A with award-winning filmmaker Gessica Généus on February 27 at 7 pm. For more info, visit fonduaunoir.ca.

Digital culture and the metaverse

Black Conversations: Liberation Through Tech is an experimental bilingual two-day conference that explores how the virtual world provides a channel for autonomy and social change. The conference will present three panels: Archive Your History, The Economy of The Future, and The New Phase of the Virtual World. More than ever, technology is an essential tool for ensuring the advancement of Afro-descendant people in all aspects of life. Presented by the Round Table on Black History Month on February 12 and 13. Free admission. For more info, visit conversationsnoires.com.

The Fondation Dynastie returns this year with its inaugural Prix Médias Dynastie as well as its sixth annual Gala Dynastie. The French-language Prix Médias Dynastie will reward Black professionals from world of media at a free ceremony hosted by Naadei at the Paradox Theatre on February 27, while the bilingual Gala Dynastie will reward Black personalities in the fields of arts and culture at a free ceremony hosted by Preach at Théâtre Maisonneuve on March 5.

Meanwhile, the 38th annual Festival international de cinéma Vues d'Afrique runs from March 26 to April 10. This hybrid edition will screen international features, documentaries and shorts by filmmakers from across Africa and the African diaspora.

0rijin Village challenges everyone to get to know the Black-owned businesses highlighted daily during their 28DaysUP initiative during this year’s Black History Month.

Check out the complete Black History Month schedule at www.moishistoiredesnoirs.com.