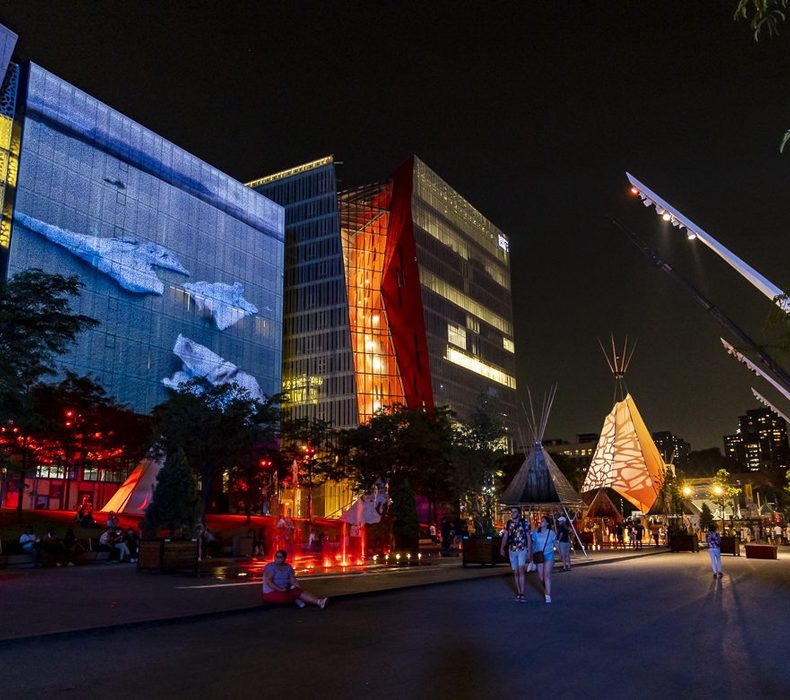 The International First Peoples Festival is back!

The 32nd edition of the International First Peoples Festival has something to offer everyone. From the classics to influencers from the world of social media, this year’s programming, which will take place from August 9 to 18, is very rich and eclectic.

“We are the future, and thus we will start our programming with a focus on the youth and the future of First Nations,” said director and co-founder André Dudemaine.

Dudemaine, along with festival host and master of ceremonies, Abenaki content creator Xavier Watso unveiled the programming on July 26.

The festival will include an array of contemporary concerts and performances, a prestigious international film festival showcasing Indigenous cinema and, of course, a variety of activities that will dazzle and amaze guests. 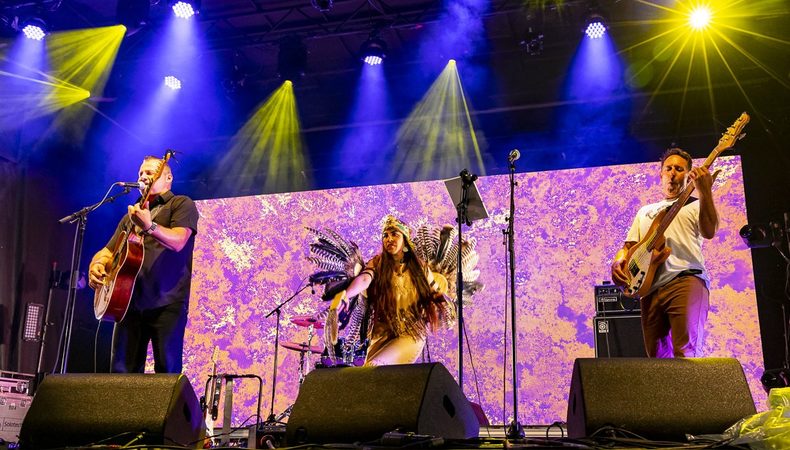 On August 10, on the Quebecor stage located at the Place des Festivals, the curtain will rise with Leonard Summer, an Anishinaabe singer and songwriter, followed by acclaimed “Inuindie” pop star Beatrice Deer who is Inuk and currently based in Montreal.

The celebration continues the following day (August 11) with Nikamotan MTL, a concert organized by Musique Nomade that will feature immerging Indigenous artists, including Sensei H, Naya Ali and Native Mafia Family, among others. Guests will also get to enjoy music from Atikamekw band Pinaskin from Manawan and from Digging Roots, a musical group composed of ShoShana and Raven.

Later that evening, Chubby Cree – a musical duo made up of a grandmother, and her 12-year-old grandson will also be performing. Their debut single, Rock Your World, went viral with over a million views.

On Sunday, August 14, a major concert will take place in the auditorium of the Grand Bibliothèque. Quelque part et autres lieux will bring together the Nouvel Ensemble Moderne and Forestare as well as guest of honour Inuk soprano Deantha Edmunds.

Lorraine Vaillancourt will perform poems in Innu-aimun by the famous poet Joséphine Bacon whose texts have been set to music by Tim Brady in the much-anticipated world premiere of Uiesh. The concert will also feature Andrée-Lévesque-Sioui, a Wendat author who will perform her poems to music composed by Alexandre Ethier. Tickets are limited and are on sale right now.

The international film will be presented at the Cinéma du Musée and will highlight both feature and short films from Indigenous filmmakers from around the world.

Adeus Capitão by Vincent Carelli and Tatiana Almeida traces the heroic journey of the leader of the Gaviao Nation in an impressive film which has been called a “summit of Brazilian cinema.” Furthermore, Carelli will be honoured with a lifetime achievement award for his dedication to bringing the voices of Indigenous peoples of Brazil to the forefront.

Indigenous women like Phyllis Jack-Webstad, who started Orange Shirt Day, and the women who organized the resistance at Standing Rock will also be a focus at the film festival this year with documentaries like Returning Home, We Are Unarmed, Powerlands and Tystnaden in Sapmi.

This year, the First Peoples Festival will also be hosting master classes by powerhouse directors such as Courteney Montour and Sonia Bonspile-Boileau at the prestigious NFB.

The festival will culminate with an award ceremony on August 16. On the same day, PANORAMA-Cinéma magazine will launch its new format with an issue devoted to Indigenous Cinema.

Guests will also get to experience exhibitions on Ste-Catherine Street (electronic works by Buffy Ste-Marie) and at the House of Sustainable Development (Parallel Paths).

In Kahnawake, a Haudenosaunee film program will be offered at Legion Hall on August 15 with films by Brooke Rice, Nicolas Renaud, Roxann Whitebean and Courtney Montour.

But that is not all, as there will be continuous activities that will be offered on the Place des festivals throughout the entire festival, including a lunchtime concert at the Jardin Gamelin on August 4.

The festival will wrap on august 18 with an evening of sensational performances by Mapuche musician and artist Akawui and Kawawachikamach Naskapi band Violent Ground who will share the final stage. 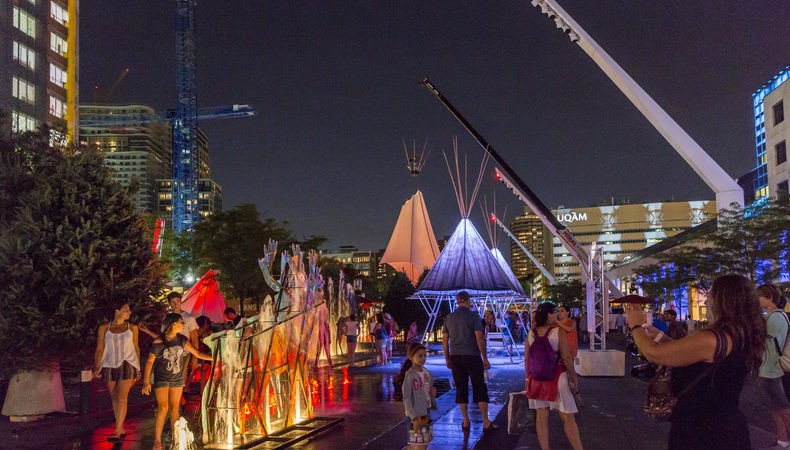