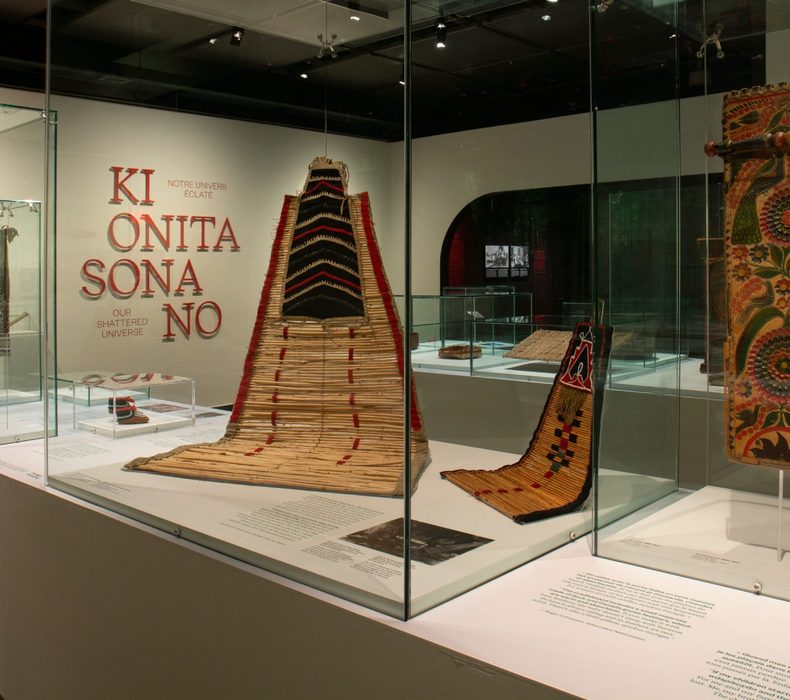 Montréal has an abundance of exciting and vibrant activities and events dedicated to promoting the culture and traditions of the First Peoples. Everything from arts and crafts to language and history, the city is brimming with Indigenous experiences just waiting to be explored. Here is a list of not-to-miss experiences in Montréal. 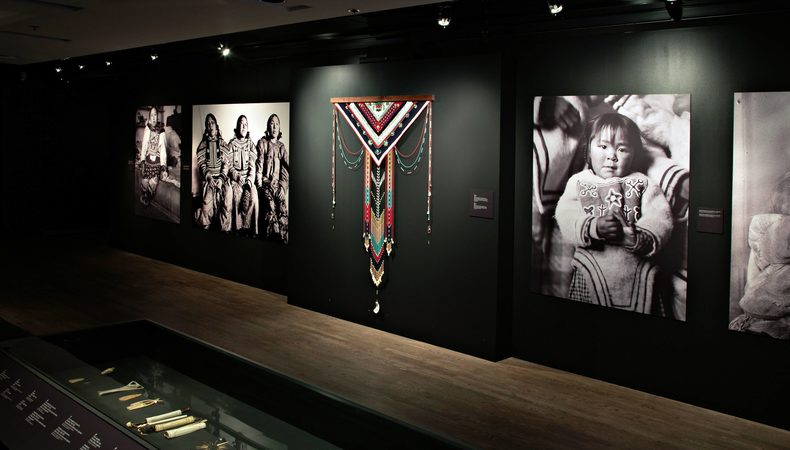 As the first Indigenous artist-run centre in Montréal, daphne highlights the work of emerging, mid-career and established Indigenous artists through exhibitions, workshops, residencies and curatorial initiatives. It is also a community space where people can explore contemporary Indigenous art that encourages meaningful exchange between Indigenous and non-Indigenous peoples.

The Biennale d’Art Contemporain Autochtone (BACA) is a recurring event that recognizes and supports contemporary Indigenous art and artists. This year, the theme is Land Back, a movement that has grown across the country and brings awareness to Indigenous-led actions to recover stewardship of traditional lands and ecosystems.

Moreover, She:kon – BACA Space for Emerging Art and daphne will also host two satellite exhibitions as part of this year’s Land Back theme.

Music Born of the Cold: Inuit Art, Dance and Song will be on display at the Montreal Museum of Fine Art as of November 9. The exhibit will showcase around 100 Inuit sculptures, prints, drawings and installations by renowned artists that will explore the place of music in Inuit visual art.

Over the last few years, the McCord Museum has been in the process of indigenization with the goal of increasing the accessibility of the Indigenous Cultures collections to Indigenous communities and the general public.

Currently, the exhibit Piqutiapiit by multidisciplinary artist Niap from Kuujjuaq, Nunavik, is on display until August 21. The exhibit pays tribute to the work of Inuit women of the past. As an added bonus, Niap is also the current artist-in-residence at the museum. The artist in residence program allows artists to explore the McCord’s collection and create original work to be displayed.

The McCord also has a permanent must-see exhibition called Indigenous Voices of Today: Knowledge, Trauma, Resilience. The exhibit includes about 100 objects selected from the museum’s Indigenous Cultures collection that were combined with more than 80 compelling stories from 11 First Nations communities to bring to the forefront the still unrecognized knowledge of Indigenous peoples in Quebec and Canada.

On August 10, the Montréal Symphony Orchestra will be kicking off its ‘classics spree’ with a fabulous free concert called The Many Colours of the Americas on the Esplanade of the Olympic Park. The concert will begin with the “New World” Symphony, followed by a celebration of First Nations with an Indigenous song and finishing with Trumpet Concerto by Cuban composer Paquito D’Rivera.

June is National Indigenous History Month. To celebrate the culture of the First Peoples, a variety of activities have been planned by Land InSights, the folks behind the International First Peoples’ Festival.

On June 15, Cinémathèque québécoise will highlight two classics of Quebec cinema that explore the heritage of the First peoples: Mémoire battante by Arthur Lamothe and Six saisons attikameks by Pierre Diner.

On June 17, in the Grande Bibliothèque’s art garden, Innu singer-songwriter Mike Paul from Mashteuitash will perform a concert in Innu, French and English. Then the following day, on June 18, this time in the auditorium, Innu poet and actress Natasha Kanapé Fontaine will read excerpts from Innu writer An Antane Kapesh’s classic Je suis une maudite sauvage, which explores the tragic evolution of Indigenous people’s nomadic life to living on reservations. The show is presented entirely in Innu with French subtitles translated by José Mailhot.

Every year, the International First Peoples’ Festival offers the best in Indigenous creativity from all over Turtle Island (North America) and the rest of the world. For its 32nd edition, attendees can expect a variety of dazzling and exciting events, including multiple exhibitions, a selection of short and feature-length films representing Indigenous peoples and live concerts and performances. The festival will take place from August 9 to 18. 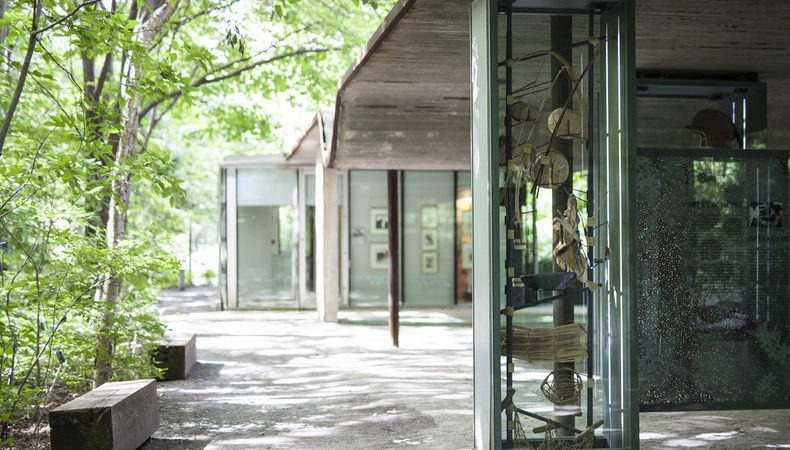 The First Nations Garden, located at the heart of the Montréal Botanical Garden, highlights the close bond that Indigenous peoples and the Inuit have always had with the land and mother nature. The garden consists of over 300 different plant species and is the culmination of three years of work. The 2.5-hectare garden first opened in August 2001.

The Mont-Royal (or “the Mountain” as it is known to Montrealers) offers three breathtaking views of Montréal from its three summits, one of which was renamed Tiohtià:ke Otsira’kéhne in 2017 to honour Mohawk heritage and the peak’s use as a First Nations fire beacon. Come for a hike or a drive to enjoy the beautiful views.

The Roundhouse Café, the only Indigenous café in Montréal, offers a special blend from Indigenous roaster Moccasin Jo and a selection of delicious Indigenous-inspired fare, including sweet Bannock and Indigenous tacos. The café’s main goal is to promote social diversity and empower Indigenous peoples.

Moccasin Jo, a specialty and on-demand micro-roaster located in the Mohawk community of Kanesatake, is a great place to pick up fresh, locally made coffee, food and treats. And while you’re in the territory, don’t forget to check out the Skywatcher Alpaca Farm! 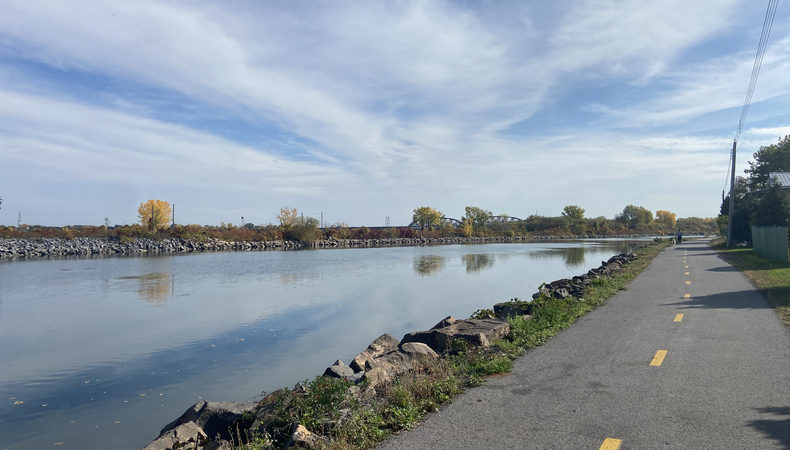 A day trip to Kahnawá:ke

For a truly immersive experience of Indigenous culture, one only has to drive about 30 minutes away from downtown to the Mohawk reserve of Kahnawá:ke. Over the last few years, the community has become a destination offering tours, arts and crafts, a yearly powwow, and of course, amazing food and drinks, all surrounded by beautiful greenery and St. Lawrence River.

Montréal Chef Chuck Hughes (Garde Manger) travelled across Quebec and Ontario to meet and learn from Indigenous communities and their culinary traditions. He made a TV series out of it that airs on Canada’s Indigenous television network APTN. He’s been quoted saying he learned a lot of new cooking techniques along the way and earned a new respect for ingredients.