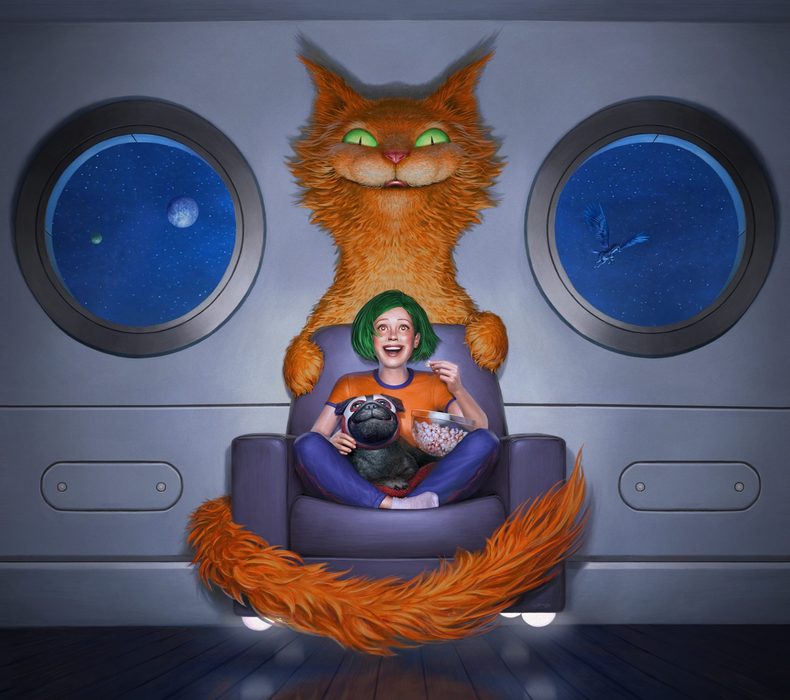 Looking for something new and out of the ordinary to watch? The long-running Fantasia International Film Festival serves up a wild online program of films from around the world – accessible not only to everyone in Montréal but to everyone in Canada from August 20 to September 2. Watch all manner of genre films, from horror to quirky comedy, many with live intros by the filmmakers, plus join free events accessible to anyone anywhere.

Like most Montréal festivals this year, the 24th edition of the Fantasia International Film Festival was faced with how to move its program of film screenings and events into the virtual realm. A fan favourite since it inception in 1996, the festival quickly rallied support and is set to present hundreds of films, director Q&As and special events to an even bigger audience than ever before – you might even be among the lucky ones taking a masterclass in horror with director John Carpenter or watching a tribute to transgressive Brazilian filmmaker José Mojica Marins.

Opening the festival and followed by a live Q&A with the director, Neil Marshall’s horror-thriller The Reckoning, set in England during the Great Plague in 1665, puts pandemics – and witch hunts – into perspective. Among other major films at this year's fest, Shinichiro Ueda's Special Actors pairs a fainting actor with a conspiracy and a cult, and Labyrinth of Cinema by Nobuhiko Obayashi (known best for 1977 horror film House) merges the surreal with a sense of hope, as three young men traverse a cinema's screen to enter crucial moments in Japan’s history.

South Korean director Kim Seung-woo's thriller Bring Me Home sees a nurse searching for her son and the danger she faces as she gets closer to finding him. Revenge and the tale of Little Red Riding Hood take an unexpected turn in Vincent Paronnaud's Hunted. Witchcraft rocks a devout rural community in Thomas Robert Lee’s nightmarish unsettling occult horror film The Curse of Audrey Earnshaw. On a secluded farm, evil emerges in waking nightmares in Bryan Bertino's unsettling The Dark and the Wicked. And Lars Damoiseaux makes his zombie gorefest Yummy as hilarious as it is frightening.

Action, drama and the undefinable

The festival also stands out for introducing audiences to quirky comedies too. Taiwanese director Liao Ming-yi's iPhone-shot i WEiRDO sees two recluses with OCD emerge to find love. In Zoé Wittock's Jumbo a socially awkward woman (played by Noémie Merlant) falls in love with an amusement park ride. Music, manga and anime warm hearts in Yuichi Fukuda's Love Is Hard For Otaku. Polish director Daria Woszek’s Marygoround is a touching dark comedy about the importance of finding yourself at any age, while Johnnie To's Chasing Dream blends mixed-martial arts with musical comedy.

For details on these and many, many more films (including Fantasia Classics, favourites from past festival editions, and the My First Fantasia animated family program), plus screening times and free virtual events, see Fantasia's 2020 lineup and Facebook events.