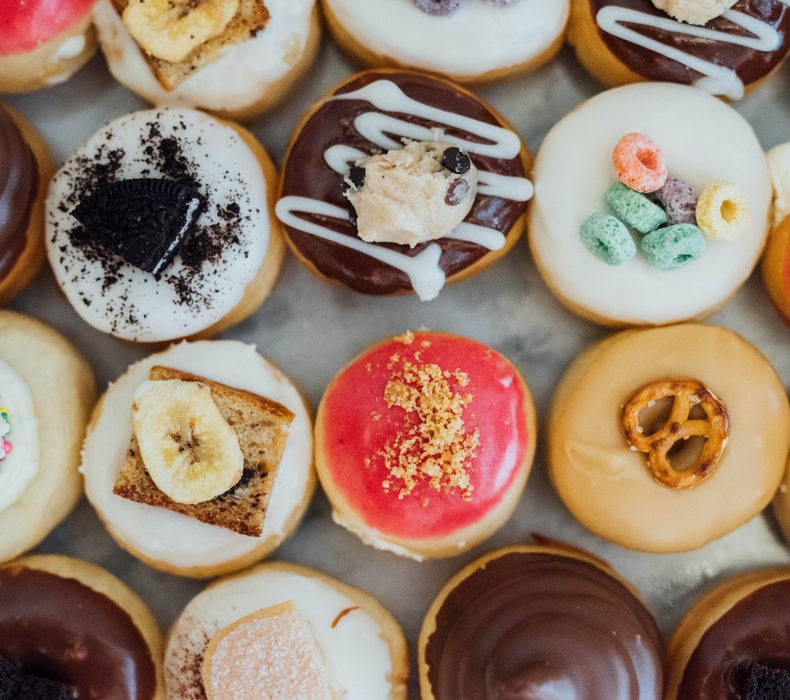 Montréal doughnuts you must try

The humble doughnut is no longer considered a lowly breakfast confectionary and a food sponge to dip into your coffee. As more and more coffee shops and bakeries add this to their menus, this delicious gluten ring has reached a popularity of gastronomic proportions. Iconic Montréal foods include smoked meat sandwiches, poutines, steamies (steamed hot dogs) bagels and now we can add doughnuts to that list. 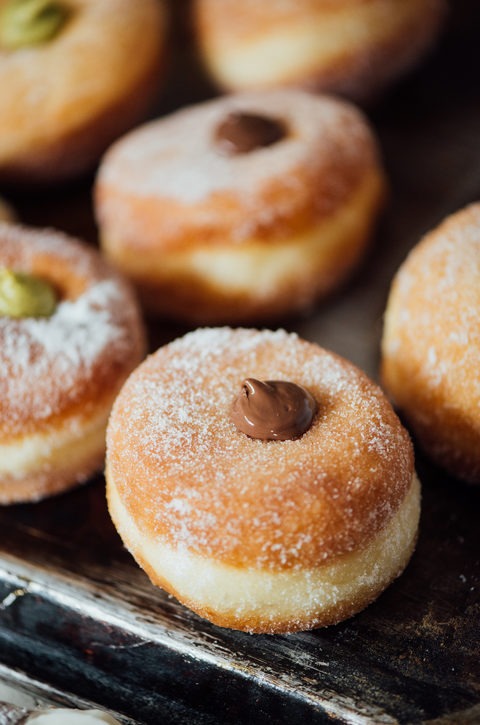 A bombolone is a Roman-style Italian filled doughnut that is often eaten as a snack or dessert. These perfect little pillows at Café San Gennaro located in the heart of Little Italy are dusted with confectioner’s sugar and filled with your choice of Nutella, pistachio or vanilla cream. Mangia bene! 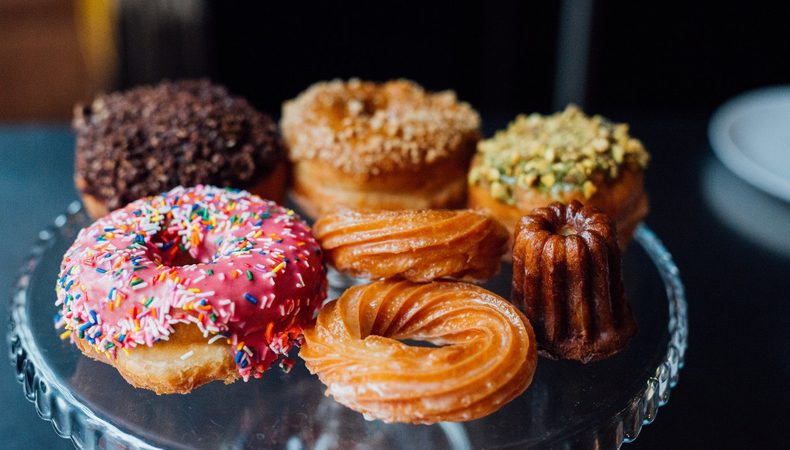 You may recognize the CRémy Mobile at various food truck gatherings or city festivals around the island of Montréal. Luring doughnut fanatics of all ages with their gargantuan doughnut creations, chose from some of Crémy's signature creations like the rum and bacon or the maple crème brûlée doughnut. 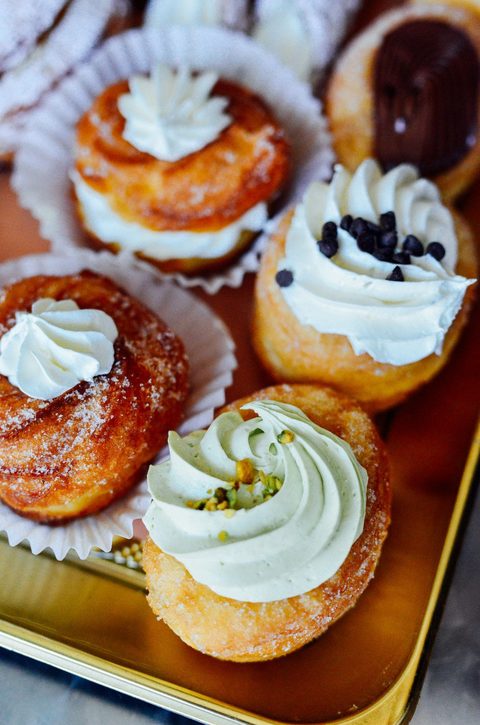 Little known fact; Montréal is home to the “Cronut’s” more delicious, and handsome Italian cousin, the “Cronetto” – the sinister crossbreed of a croissant and doughnut. La Cornetteria’s take on cronut incorporates their signature cornetto technique of perfuming the dough ever so slightly with essence of citrus, before it’s fried and filled. 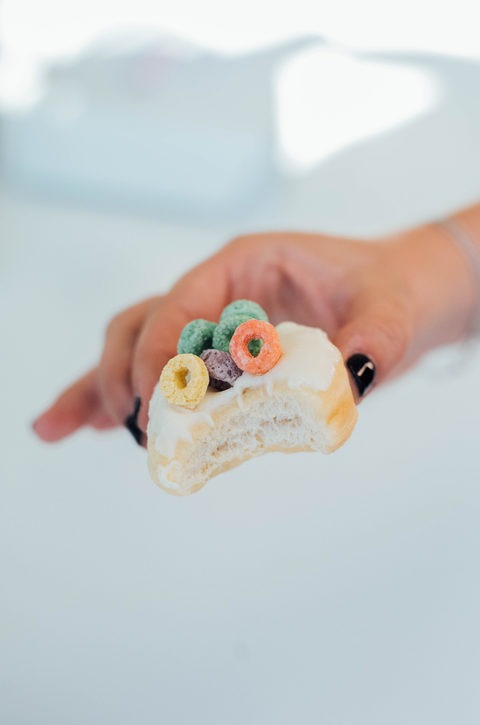 This spot is super popular for their bite-sized doughtnuts so expect to devour at least two to three of them. With whimsical names like “cereal killer” (a doughnut topped with all your favorite childhood cereals) to “gimme s’more” (one that’s topped with a graham cracker, torched marshmallow and a milk chocolate square), will leave you wanting to try them all.Order in advance for pickup or have them delivered for a fee. 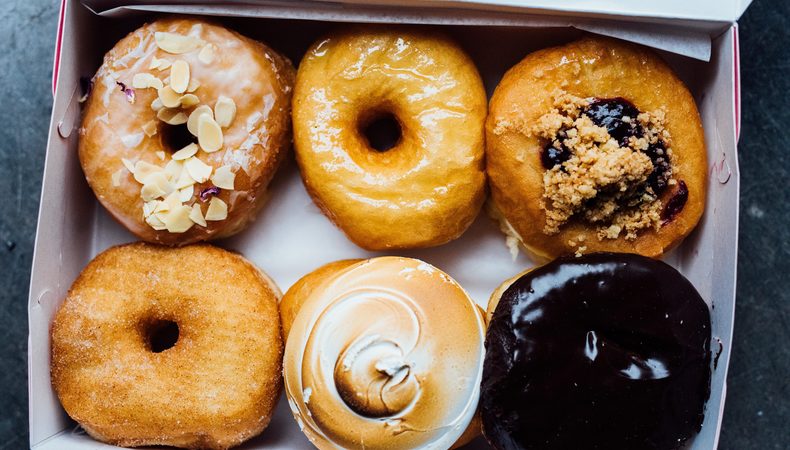 Josie Weitzenbauer, founder and head baker at Léché Desserts, is one of Montréal’s premiere doughnut pushers. The shop is located in Saint-Henri, but it’s not uncommon to see people toting her doughnuts in Léché’s signature bright pink boxes around town. With choices like pistachio cream, sesame miso and sesame, double chocolate brownie and my personal favourite, peanut butter and jelly; her doughnut roster reads like a sugar fiend’s blacklist. One cannot visit Montréal without having a Léché Doughnut.

For those who may have dietary restrictions or allergies but still need to fix your doughnut craving, head over to Pâtisserie Petit Lapin. Offering six different flavours that include, vanilla, chocolate, double chocolate all of the doughnuts are made without the top 10 food allergens, are gluten free and completely vegan!

Famous for the Polish Pączki or known as a Ponki, Wawel has been at the centre of the great “best doughnut” debate for years.  These golden confectionaries are filled with a choice of homemade prune or apricot jam or cream. Multiple locations to get your ponki fix. 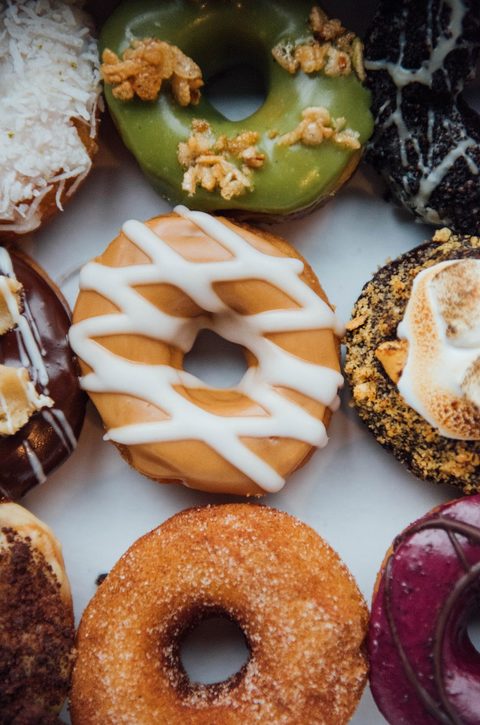 An artisanal wholesale doughnut company, Trou de Beigne (translated to “doughnut hole”) can be found at a handful of local cafés and restaurants around the city. They do however take orders and deliver anywhere around the city for a flat fee! Be on the lookout for their maple glazed doughnut with candied maple pieces, or the espresso infused doughnut if you need a little kick with your sweet treat.