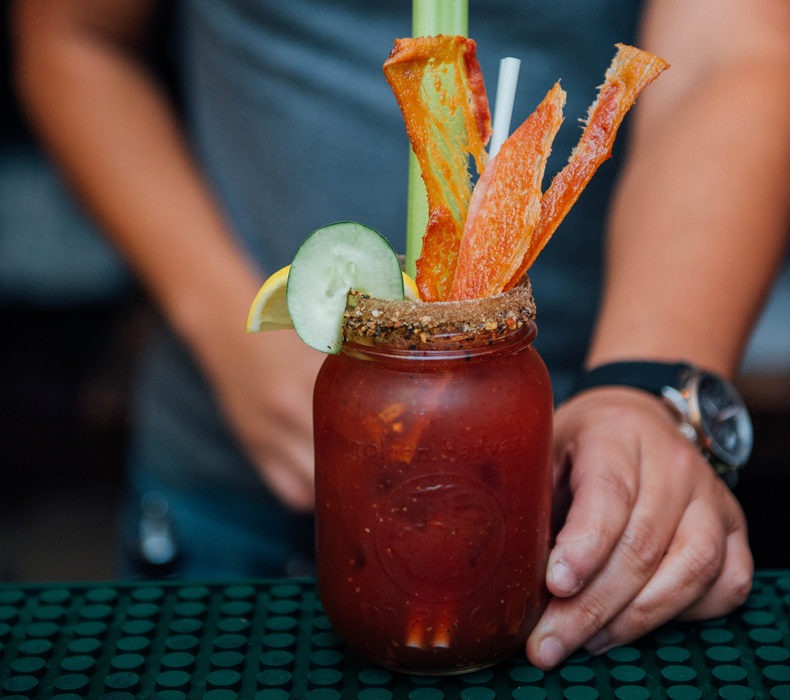 6 Caesars to try in Montréal

This quintessentially Canadian cocktail is a salty take on the Bloody Mary that’s synonymous with summer and the patio lifestyle. And if anything defines Montréal in the summer, it’s terrasses! Maybe that’s why we’ve perfected this drink to the point of madness.

This baby has the full-meal deal of Caesars, literally. There’s a whole Caesar menu featuring offerings from the humble classic to the outright outlandish! For the whole shebang, go ahead and order L’Gros César.

TV chef Chuck Hughes has a small kingdom in Old Montréal, but his first restaurant remains a go-to hole-in-the-wall for a fun, hopping evening. The blackboard menu features tonnes of seasonal treats, but one of the everlasting attractions is the splendid Caesar: it comes in a mug that’s about a foot tall and it’s PACKED with tasty fresh and house-pickled veggies, not to mention an entire snow crab leg. We also love the horseradish kick. 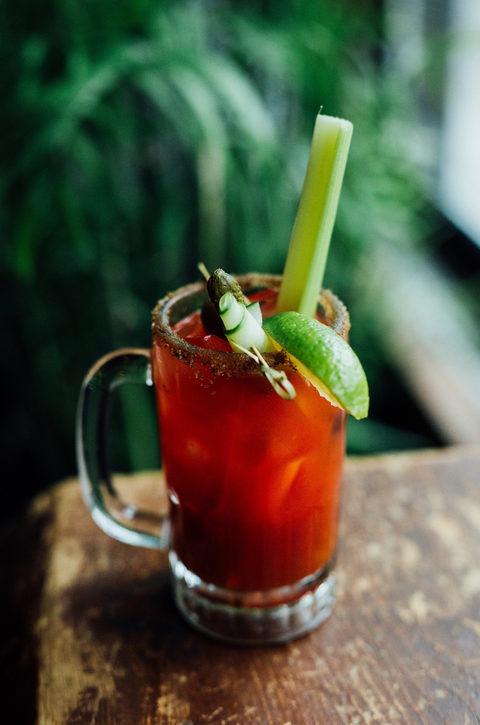 The Triad Caesar at SUWU, a beautifully designed bistro-bar on the Main at the corner of Prince-Arthur, is a handsome variation on the classic that features a steak-spice and paprika rim, Worcestershire sauce, horseradish, a hot-chilli topping you’ll probably want to keep decorative, and, yes, a double shot of vodka. Ka-pow! Order one and have it with a side of truffle oil popcorn – guaranteed good times.

Fans know that nothing is predictable at this bastion of down-home gastronomy in Montréal’s Little Burgundy neighbourhood, and that includes the Caesar, which is always spectacular, generally classic in its flavourings (Clamato, Worcestershire, horseradish, Tabasco), but comes with toppings that change with the chefs’ whims. Past glories have included oysters or clams, lobster claws, poached shrimp – even barbecued ribs.

Lucille’s Seafood Bloody Caesar doubles as an appetizer: it comes piled high with fresh-from-the-sea goodies, including a fresh-shucked oyster, a jumbo shrimp and a crab leg. The flavourings of the drink itself are perfectly measured – just the right briny saltiness, just the right spicy kick. Go wild and order other goodies from the raw bar to go with it, or go classic and order the knockout wedge salad followed by lobster roll and home-cut fries.