It goes without saying that 2022 is shaping up to be one of the most epic years for A-list live music in Montréal’s entertainment history. From Billie Eilish to Bad Bunny, Justin Bieber to Elton John, Dua Lipa to Foo Fighters, if you like music — any music — this coming year has must-see, top-tier artists as varied as the seasons in Montréal, and are well worth the trip to la belle ville all on their own. Let the following be your guide…

The Biebs, ’nuff said: One of Canada’s most famous musical exports, Justin Bieber, brings his Justice World Tour, in support of his fifth and sixth studio albums Changes (2020) and Justice (2021), to the Bell Centre, March 29.

Return of the Cave man: To all you Nick Cave fans who follow the legendary Australian songsmith all over the planet, well, April 2 and 3 are your lucky days because this time you’ll get to adulate Cave once again in Montréal, this time at Salle Wilfrid-Pelletier. Cave is touring as a duo with multi-instrumentalist, Nick Cave and the Bad Seeds member, and long-time collaborator Warren Ellis, with whom he recently released the co-written album Carnage.

Back in the rodeo: Blue Rodeo, whose achievements include the Order of Canada, induction in the Canadian Music Hall of Fame, will be gracing the stage of Place des Arts’ Salle Wilfrid-Pelletier on April 6, 2022. The legendary alt-country/rockers will be performing songs from their new album Many A Mile along with their classics. The talented Canadian singer-songwriter Jenn Grant will open the show.

Two-for-one tour: Former White Stripes frontman Jack White has never been anything less than timely, and his aptly titled “Supply Chain Issues” tour — his first headlining trek in four years — will see him playing tunes from his not-one-but-two upcoming albums: Fear of the Dawn and Entering Heaven Alive. Catch him at Place Bell in Laval, April 16.

Artists who defined a generation: It will be a concert for the ages when two of America’s most revered songwriters, James Taylor and Jackson Browne (both of whom are Rock and Roll Hall of Fame inductees), light up the Bell Centre with decades of hits on April 28.

Another country heavy hitter comes to town: Recently proclaimed the first-ever “Artist-Songwriter of the Decade” by the Academy of Country Music (ACM), Chris Stapleton — a five-time Grammy Award, 16-time Country Music Award, and nine-time ACM award winner — will put tears in your beer and a spring in your two-step on April 30 at the Bell Centre.

A trip down the musical memory lane: On May 5, 2022, Sting brings his "My Songs" tour to the Bell Centre to play the biggest hits of his illustrious career with The Police and as a solo artist.

In the “Please Don’t Ever Change Dept.”: Much-missed Canadian rocker Avril Lavigne returns to live-concert form with her “Bite Me Canada 2022” tour, which is, shockingly, her first Canadian tour in over 10 years. It falls on the 20th anniversary of her ground-breaking, diamond-selling debut record Let Go, which remains the best-selling album of the 21st century by a Canadian artist. See why on May 7 at Place Bell in Laval.

A visit from Iceland: Sigur Rós stops by Place des Arts on June 10, 2022. The band will be performing new songs, alongside material from their 25-year discography.

Between alternative rock and technology: Get ready for a musical and holographic experience as Canadian alternative rock band Our Lady Peace (OLP) teams up with ARHT Media for their show “The Wonderful Future Theatrical Experience” on June 28 at Place des Arts’ Théâtre Maisonneuve.

You oughta know: celebrating the 25th anniversary of her Grammy Award-winning album, "Jagged Little Pill", Alanis Morissette will be in Montréal on July 12 at the Bell Centre with special guest Garbage. The tour was delayed for two years due to COVID but she is making up for lost time with a show that's sure to rock with raw 90s energy.

There are legends and then there are LEGENDS: Former Pink Floyd singer/songwriter Roger Waters is the latter. Waters’ “This Is Not a Drill” tour — which he has, tongue in cheek, dubbed “his first farewell tour” — comes to Montréal, where it’s hard to overstate his popularity, on July 15 at the Bell Centre.

Third time’s the charm: After being postponed for two years in a row, the internationally renowned Osheaga Music and Arts Festival will be back in action, celebrating its 15th anniversary with some of the biggest names in music headlining the beloved fest’s three days. On the first night, hot off their induction onto the Rock and Roll Hall of Fame, it’s the Foo Fighters. Then on Saturday night it’s New York hip-hop star A$AP Rocky, one of rap's most exciting and critically adored figures. And the aforementioned disco pop star Dua Lipa closes things out with a mega dance party on the Sunday. It all takes place July 29-31 in Parc Jean-Drapeau.

Speaking of mega dance parties…: A week after Osheaga, electronic music aficionados will be treated to the annual outdoor dance/chill festival ÎleSoniq for a weekend of international-calibre electro, hip-hop, house, reggaeton, dubstep, you name it. Reunited EDM supergroup Swedish House Mafia will be one of the headliners of the fest, which this year has added an extra day of dancing, August 5-7, at Parc Jean-Drapeau.

Two days of boot-slappin’ happiness: The massive country names keep on a-comin’, this time for North America’s premiere urban country music festival Lasso. Taking place in Parc Jean-Drapeau, August 12-13, Lasso’s first headliner to be announced is the enormously popular Luke Bryan, one of the biggest of the big country music stars. How big is big? The American Idol judge’s first 10 albums have yielded 27 number-one hits, and he is one of the world’s best-selling artists having sold over 75 million records.

Rock dreams: Promoting their album The Battle at Garden’s Gate on their “Dreams in Gold” tour, rock band Greta Van Fleet will be stopping off at the Bell Centre on August 18. The Pretty Reckless, Houndmouth, Durand Jones & The Indications, Fruit Bats, Robert Finley, Crown Lands and Hannah Wicklund will be joining them for the ride.

20 years of pop : The year 2022 marks Maroon 5’s 20thanniversary. Winner of three GRAMMY® awards, the famous Los Angeles band will be celebrating all the way to Montréal where it'll perform at the Bell Centre on August 20.

Monsters of metal: Massive German metal band Rammstein, whose live shows are the stuff of legend, will kick off their already twice-postponed “North American Stadium Tour” August 21 with what will doubtless be a blowout performance in Parc Jean-Drapeau. Miss it and know the true meaning of regret.

Did you say billions?: Hard-to-categorize, Columbus, Ohio super duo Twenty one pilots are the first band in the history of music to see every song on two of their albums earn gold or platinum honours. For real. They also share some Billboard records with The Beatles and Elvis Presley. If you want to know why, just check out their awesome 2015 mega-single Stressed Out, which now has over 2.4 billion views on YouTube. Then buy your tickets to see them at the Bell Centre, August 26.

Dance Fever: In a tour that will celebrate the release of Florence Welch’s much anticipated new album Dance Fever, Florence + The Machine will be stopping off at Place Bell (Laval) on September 2, 2022. Emerging artist Arlo Parks, who won the 2021 Mercury Prize for her album Collapsed in Sunbeams, will be opening for the band.

Backstreet’s back! (Sorry): The pandemic-delayed, 150-show Backstreet Boys “DNA World Tour” — their 11th tour of their career as a group, and the ninth highest-grossing tour of 2019 before it was postponed — is on the road again and will make a September 3 stop at the Bell Centre.

On a downtown Montréal train: Rod Stewart Rod returns to the city after four years. With guests Cheap Trick, the legendary British start will rock the Bell Centre on September 9, 2022.

What’s new, Sir Tom? – Sustaining his popularity as a live performer and recording artist for over five decades, Tom Jones will be taking over the stage at Théâtre St-Denis on September 21, 2022, to present the songs of his 41st album entitled Surrounded By Time. He’ll also be treating his fans to his biggest hits and classics.

As far as concerts that slay go…: They’ll be smiling like they mean it when the pride of Las Vegas, The Killers, restart their COVID-interrupted “Imploding the Mirage Tour” with the amazing Johnny Marr, former guitarist of Brit-rock royalty The Smiths, at the Bell Centre on September 24.

A stage full of stars – Ringo Starr and his All Starr Band (Steve Lukather, Colin Hay, Warren Ham, Gregg Bissonette, Hamish Stuart et Edgar Winter) will make Place Bell shine on September 26, 2022. Over the last two years, the former Beatle launched two EPs and two limited edition books. In 2019, he celebrated 30 years of touring with his All Star Band. What a treat it will be to see them!

Dip into some hot salsa: It’ll be a spicy musical treat when nine-time Grammy-winning Latin music superstar Marc Anthony, the top-selling tropical salsa artist of all time, turns up the temperature in the Bell Centre with his “Pa’lla Voy” tour on November 11 (which is, weirdly, the exact same date he played the Bell Centre in 2019).

So let’s dance: Stromae, who will be releasing his album Mutltitude on March 4, will stop off at Montréal’s Bell Centre for three shows, November 25, 26, and 27, 2022.

To discover more shows and artists coming to Montréal this year, check out the websites of evenko, Place des Arts and Théâtre St-Denis, and connect to major festivals via the Équipe Spectra website. 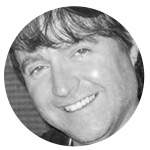 Jamie O’Meara is a writer for The Montreal Gazette, C2 Montréal, Moment Factory and more. He also manages the PR Team at the Just For Laughs Comedy Festival and is the former Editor-in-Chief of alt-weekly newspaper HOUR Magazine.