The Château Dufresne has been listed a historical monument since 1976. This imposing residence, which was built by brothers Oscar and Marius Dufresne (1915-1918), testifies to the aspirations, ideas, and tastes of the French-Canadian bourgeoisie at the beginning of the last century. Painted by Guido Nincheri (1885-1973), the wall decorations are the most important secular work of the Florentine artist, best known for his sacred art which adorns nearly 200 churches in Canada and the United States. 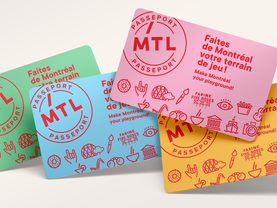