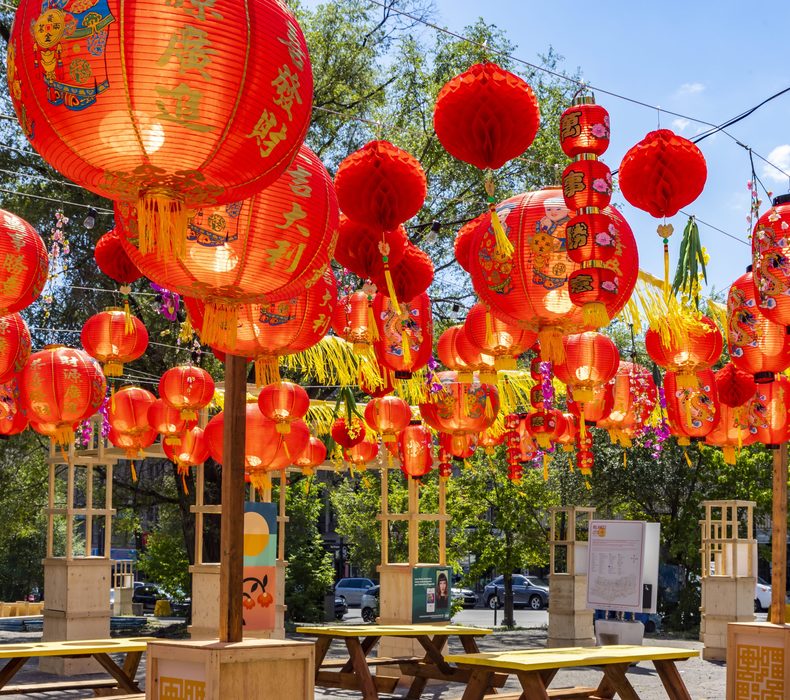 Where to eat some of the best Chinese food in Montréal

Early Chinese immigrants and settlers not only brought their hopes and dreams of a new life in Canada, but they brought a rich culture and ethnic diversity to the city.

It goes without saying that one of the most important aspects of culture is cuisine!

What do we mean by Chinese cuisine?

Of these eight regional cuisines, however, the most well-known and influential are Lu, Chuan Cuisine, Yue, and Su Cuisine. These four cuisines are called the Four Major Cuisines or Four Cooking Styles in China.

Over the years, as new generations of Chinese immigrants have come to the city, the Montréal Chinese food scene has diversified immensely.  Here are some of the city’s best representations of these four major Chinese cuisines!

Yue Cuisine, also known as Cantonese cuisine, is the most popular and easiest to find in Montréal. Yue cuisine originates from Guangdong province in South China. It focuses on stir-frying, frying, stewing and braising.

Check out La Maison Kim Fung in Chinatown. It’s one of the best spots for Cantonese food in the city, with endless options from fried noodles and sizzling hot pots of deliciously braised stews to flash-fried seasonal vegetables to order.

Restaurant PM is situated in the heart of downtown. “PM”, as it is known by locals, is popular with the neighbouring university kids for lunch specials and affordable meals.

Also called Szechuan Cuisine, Chuan cuisine is famous for being tongue-numbing spicy! The use of copious amounts of garlic and chili peppers, as well as the unique flavor of the Szechuan peppercorn is synonymous with Chuan food.

There are no big surprises on the menu at restaurant Cuisine Szechuan. A local favourite for foreign students and expats, this spot serves up fiery dishes like poached fish fillet and bean sprouts in a chili and peppercorn broth and Yu Xiang eggplant with dou ban jiang.

Gia Ba took the residential neighbourhood of Notre-Dame-de-Grâce by surprise when it set up shop in the Monkland Village. Chef Su brings a modern flair to his traditional Szechuan classics. Get the Szechuan braised chicken with potato – this dish uses 13 different spices!

The Wellington Promenade in Verdun is home to one of the most underrated Szechuan restaurants in the city. Hong Mere is a family-run restaurant specializing in home-cooked dishes. The sliced whole pork elbow served cold and Dong-bei style glass-noodle or cumin beef are all sure bets. The best scallion pancakes in the city are served here.

Su Cuisine comes from the Jiangsu region in China. Known as "a land of fish and rice" in China, Jiangsu province highlights fresh seasonal produce and seafood it its cuisine. Su cuisine encompasses other styles of cooking - Huaiyang, Nanjing, Suzhou and Wuxi.

You can’t miss the hordes of people huddled around the shop window watching Nouilles Lan Zhou’s noodle pulling, making fresh noodles to order. From steamy bowls of its famous beef shank noodles to a tantalizing bowl of dandan, have your noodles made in different thicknesses just the way you like them.

Délice Oriental specializes in Su cuisine from the Hubei province. Dried hot pepper, black pepper and other spices are customarily used to enhance the flavour of dishes. You must try their signature “whole fish in charcoal hot pot”: deep-fried whole fish atop a simmering spicy soup peppered with chilies and sliced vegetables. Be prepared to sweat!

Shandong cooking aims to preserve the cut, colour and taste of the food, rather than cover it in thick sauces and spices like other styles. It is the most influential and popular in China and is considered the Mother of Northern Chinese food.

Northern Chinese food is also synonymous with dumplings. Visit Restaurant Yi Pin Xiang in Ville Saint Laurent for some of the most authentic northern style dumplings.  The “Yi Pin Secret” dumplings are open-ended dumplings that are pan fried; lamb and coriander or pork and shrimp are crowd favorites.

You can take a trip through China’s different styles of cuisine without leaving the city. Discover what Chinese food has to offer beyond that old #3 special of General Tao and chicken fried rice – you never know what you may discover!