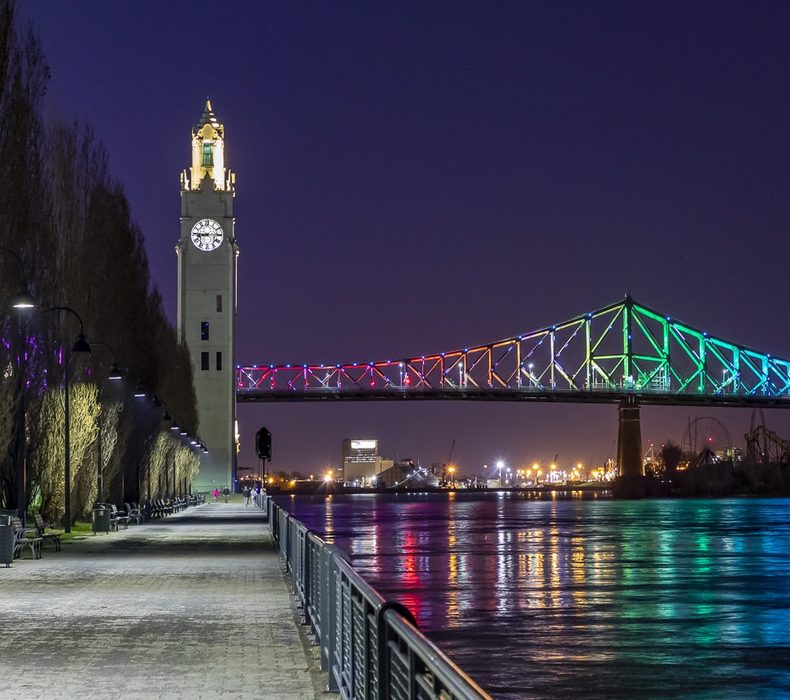 Rainbows of hope light up Montréal

By day, we see them in windows of neighbourhood homes: colourful drawings by children with a message of hope, #CaVaBienAller – it’s going to be okay. When night falls, rainbow illuminations light up the city, casting a cheerful glow on the buildings, bridges and other structures. By night, Montréal shines more brightly than ever. 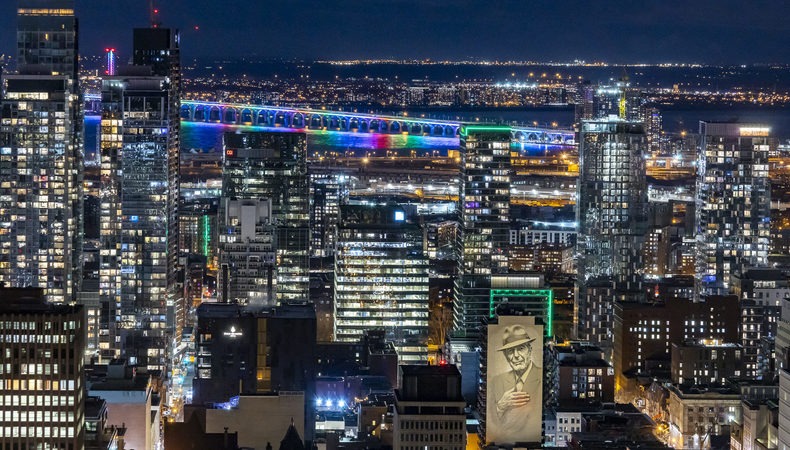 The Jacques Cartier and Champlain Bridges Incorporated (JCCBI), managers of Montréal’s bridges and tunnels, announced in early April that the brand-new Samuel De Champlain Bridge would be turning on its rainbow lights every Sunday night in April from 8:30 p.m. to 9:30 p.m. 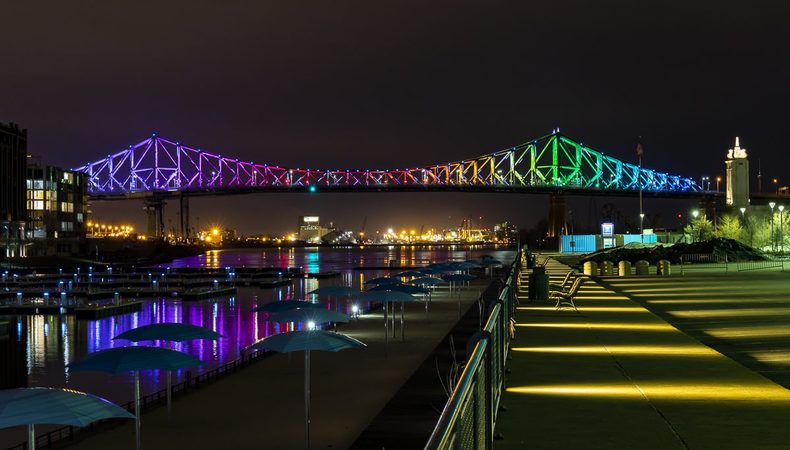 A few days later, the PJCCI announced that it was teaming up with Montréal magic-makers Moment Factory to illuminate the bridge in rainbow colours for each night for the month of April. 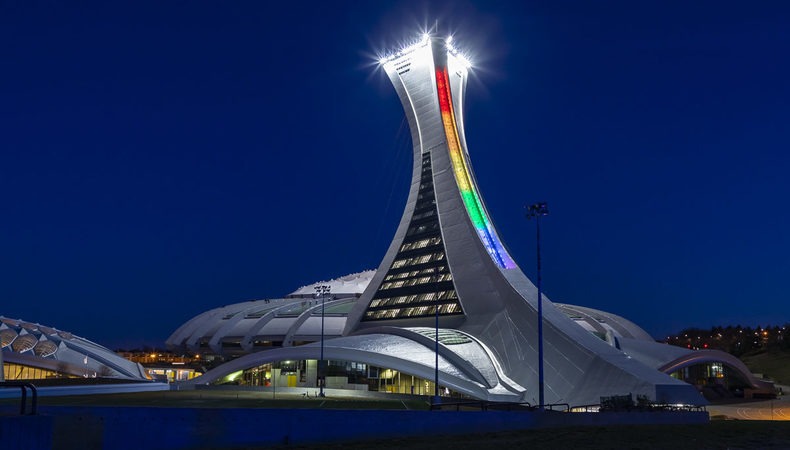 The Montréal Tower of the Olympic Stadium, the tallest inclined tower in the world, joined the chorus of hope and solidarity. 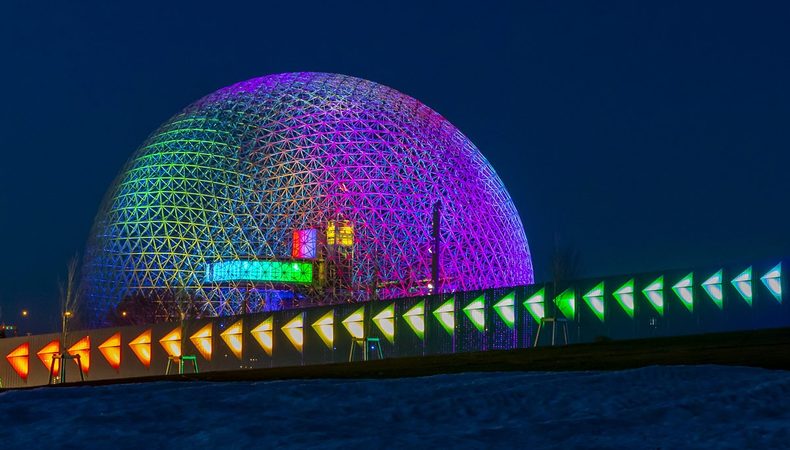 The Biosphère added to the rainbow movement with a multicolour illumination glowing across the river on Ile Sainte-Helene at Parc Jean-Drapeau.

In late March, the Université de Montréal announced that they would be illuminating the iconic tower as a bold expression of their solidarity and hope. 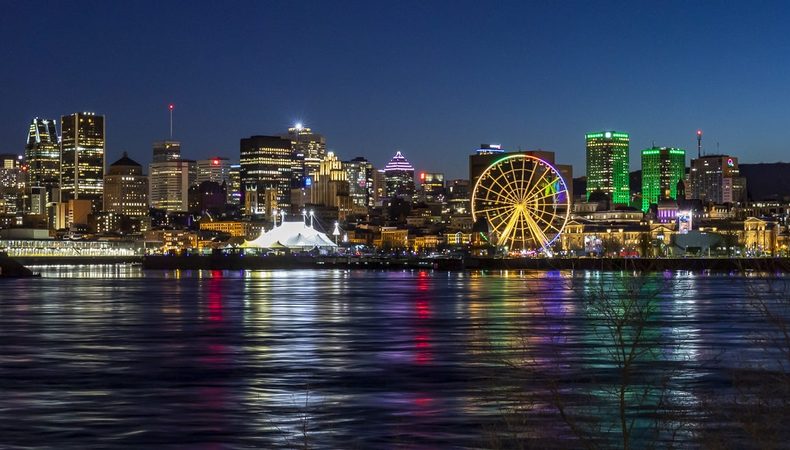 The tallest observation wheel in Canada, the Grande Roue in the Old Port of Montréal lights up with hues that cycle through the colours of the rainbow. 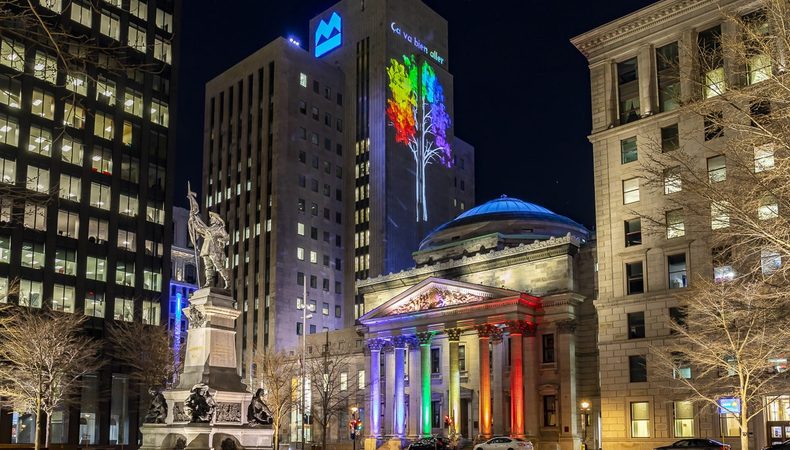 Montréal en Histoires added a new tableau of an elegant tree with rainbow foliage that is being projected onto the Montréal courthouse and the BMO building with the “Ça va bien aller” message. 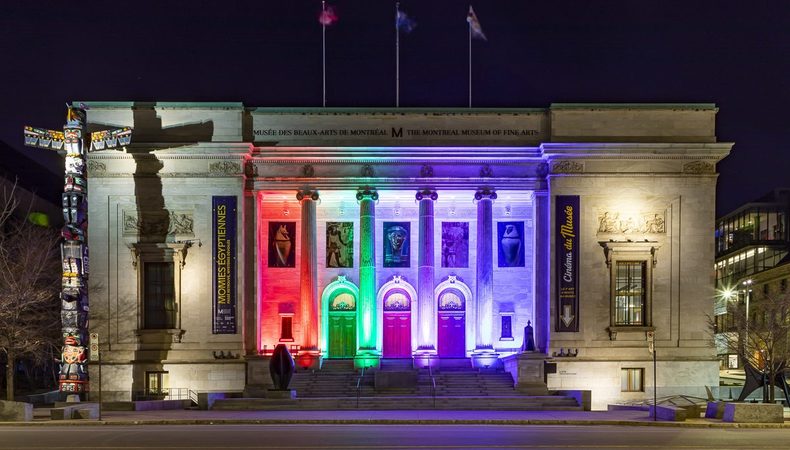 From the historic Bank of Montréal building to the Montreal Museum of Fine Art, and from City Hall in Old Montréal to many of the city’s hotels, rainbow illuminations – and hearts! – continue to glow in the night. All over the city, Montrealers are weathering the crisis while keeping up their spirits and remaining hopeful for a bright future.