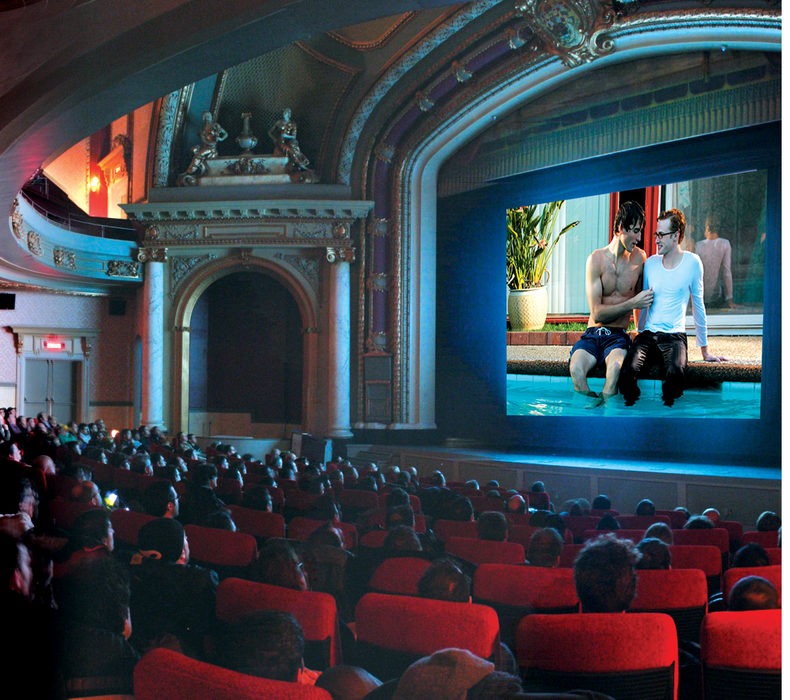 Founded in 1987, Image+Nation is Canada’s trailblazing first LGBTQ film festival and continues to play a trendsetting role within the larger festival circuit and an essential role in the lives of LGBTQ people by fostering community and identity.

Over 11 days, this year’s edition will screen and stream award-winning features, powerful documentaries and acclaimed short films from around the world, offering something for all cinematic tastes, from light-hearted comedies and love stories to deeper dramatic tales and social-issue works.

Métis writer/director/actor Gail Maurice’s heart-warming debut feature Rosie takes us to the fringes of 1980s Montréal as seen through the eyes of a sweet, suddenly orphaned Indigenous girl and her newly chosen family (18 November 7pm at Cinéma Imperial).

I+N35 presents their Ukraine Queer Cinema Retrospective to support friends and colleagues in Ukraine during this time of war, curated and presented by Bohdan Zhuk of Molodist, Kyiv International Film Festival. A unique opportunity for audiences to discover this little-known culture and learn about a country whose stories rarely find their way to Montréal screens. The retrospective opens with Stop-Zemlia and includes the 1964 classic Shadows of Forgotten Ancestors.

In support of the current protests in Iran, I+N35 presents Short Films from Iran to highlight the struggle of Iranian women (and men) for a secular and democratic Iran, including director Mehrdad Hassani’s award-winning 15-minute film Adjustment about a nine-year-old effeminate boy who, humiliated and pushed away by family and friends, makes up his mind to adjust himself to his new identity and come out to the people of his village.

The R/evolution: the Vanguard programme showcases moments, movements and people that have helped shape our contemporary queer world, such as the clandestine WWII lesbian lovers in the documentary Nelly & Nadine, and All Man: The International Male Story about the 1980s men’s fashion catalogue.

The Voix autochtones / Indigiqueer programme includes the opening film Rosie, as well as an Indigiqueer shorts programme documenting 2Spirit and Indigiqueer perspectives and experiences, including the short film Standsinwater.

The Made au Canada programme celebrates Canadian filmmakers who portray our national queer identities; and back for its 22nd year, the Queerment Québec programme (being screened at the PHI Centre) highlights short films by local filmmakers exploring queer Québecois perspectives.

There is also a lot of buzz for the British feel-good sexy rom-com In From The Side about two rugby teammates who fall for each other (20 November 7pm at Cinéma Imperial).

And Once Upon a Time in the Gay Village (Il était une fois dans le Village gai) is a poignant montage of photos and music telling the story of the founding of Le Parc de l’Espoir, the AIDS memorial park in the heart of Montréal’s Gay Village.