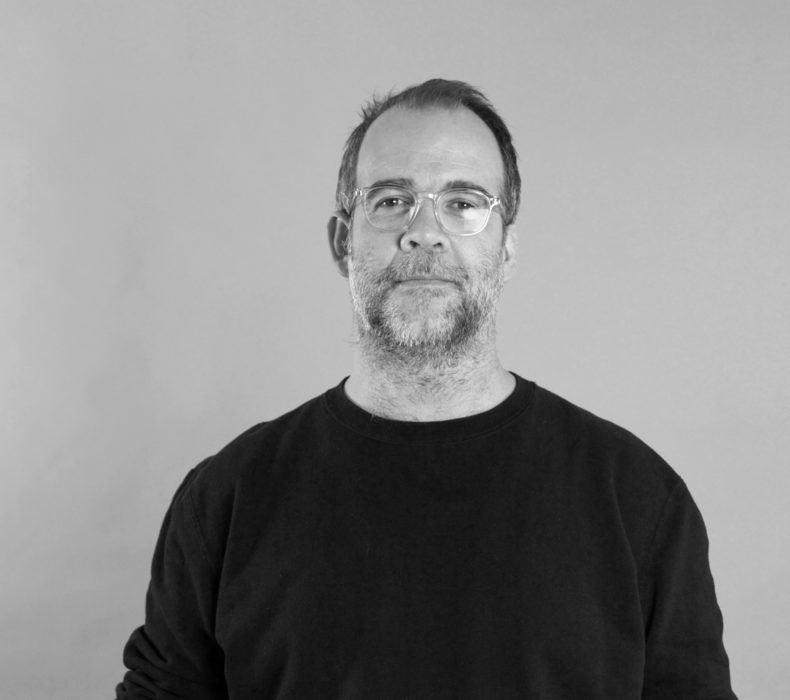 Samuel Lambert founded Lambert et Fils, a world-renowned collaborative lighting design studio, in 2010. His unique light accessories have a sleek and refined design, giving prominence to brass, aluminum, marble and glass. The work is both contemporary and evocative of times past, drawing inspiration from industrialist and modernist motifs. Samuel Lambert spent his childhood in North Hatley in the Eastern Townships of Quebec, but he has been a Montrealer for 35 years. A passionate craftsman, he admits he has always been fascinated by the rawness and transparency of mechanics and assembly processes. Samuel offered to give us his take on Montréal's design scene and share some of his inspirations and favourite local spots. Here's our interview with a man with a humble and sympathetic spirit and an enormous talent.

How would you define Montréal's vibe?

A teenager in an existential crisis. You might say that Montréal is constantly searching for its identity. That may be considered a weakness, but I see it as a strength.

How would you define Montréal’s sense of design?

Post-industrial and punk, but undefined at the same time. 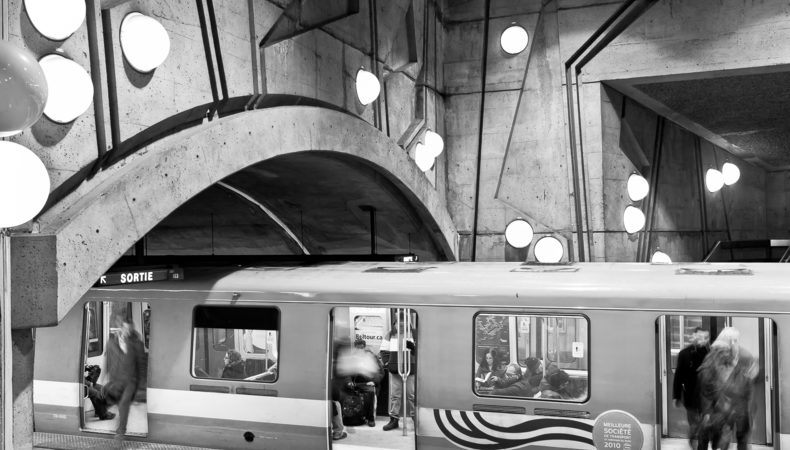 What location, institution or building most embodies Montréal design for you?

The Metro stations. They symbolize the patchwork that is Montréal, and also the liberation of culture and identities that occurred in 60s–70s Québec. Each station has its own personality, so it's like a journey through multiple identities. 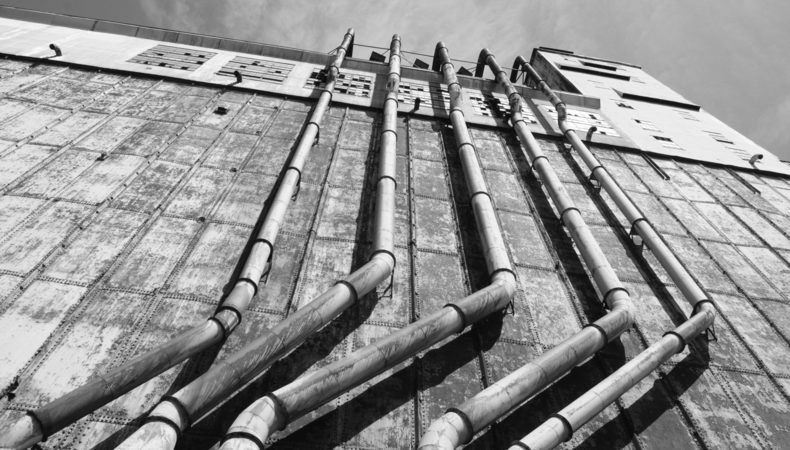 What Montréal creation do you find truly inspiring?

L’Express, the restaurant designed by architect Luc Laporte. For me, his work reflects a form of nostalgia for the industrial era. L’Express is a new take on the classic French bistro with a Montréal vibe. The restaurant truly embodies the personality of the architect. And of course, those monuments to the industrial era that are the pont Jacques-Cartier and Silo No. 5 in the Old Port.

Because it's a matter of survival and integrity. I truly believe that. 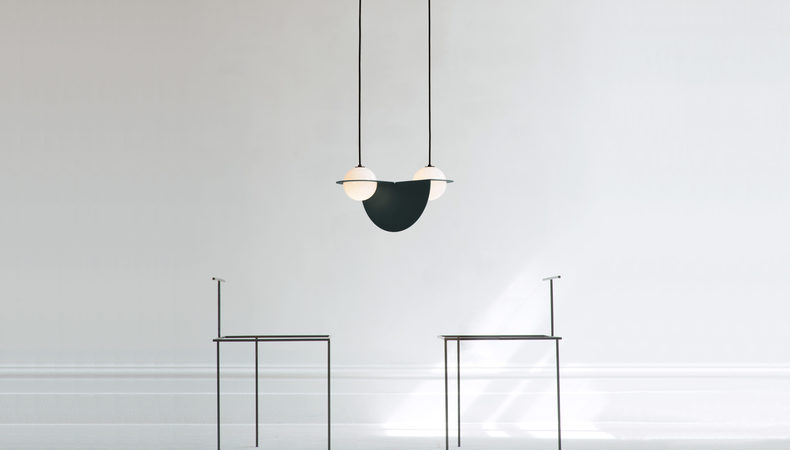 I was a bit timid at first. I took inspiration from existing 1960s motifs; it was like making a nostalgic reference. Now, at the studio, we're much bolder. We want to be contemporary and we want to have our own style. For me, it's a question of good materials and simple assembly, which are two things that have always fascinated me. We want to go straight to the core of the matter. We want aesthetic appeal with more freedom and less embellishment. I've always been very interested in how objects are put together. Even more than design, I'm passionate about understanding how things are made. The style of Lambert et Fils also embodies the youth, rigour and creativity of my team, and by extension, of Montréal.

Montréal is a great place to live. The city rewards initiative and attracts young creative talent from all around the world. Anything is possible here!

Where do you go in Montréal for…

My first boutique and showroom was on Beaubien Street. In those days, I frequently went to Le Vieux Vélo. Then a typical Montréal couple, originally from Victoria and New Brunswick, opened Café Odessa. It became a habit of mine to get a coffee there, and I even designed some of the lighting there.

Le Marconi, near my place. I always get a table, whether I'm on my own or with company. It's excellent: classy but not pretentious. 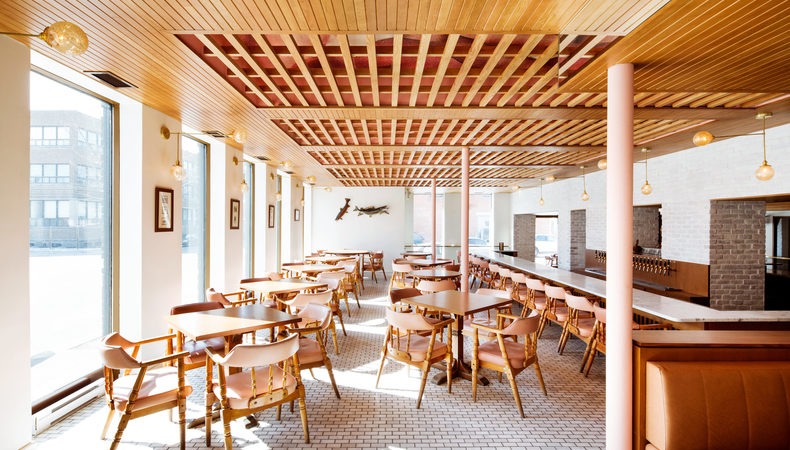 Out of habit, I often go to Brasserie Harricana near our former studio. That was a good spot for the team to meet up. I like the vibe and I also designed some of the light accessories there.

Archive on Villeray Street near where I live. It was opened by a young couple of ambitious entrepreneurs who do all the right things for all the right reasons. They even sell surfboards, among other things. I’m not particularly into surfing, but it's touching to see them so passionate about it. They should also be installing one of our lamps soon! 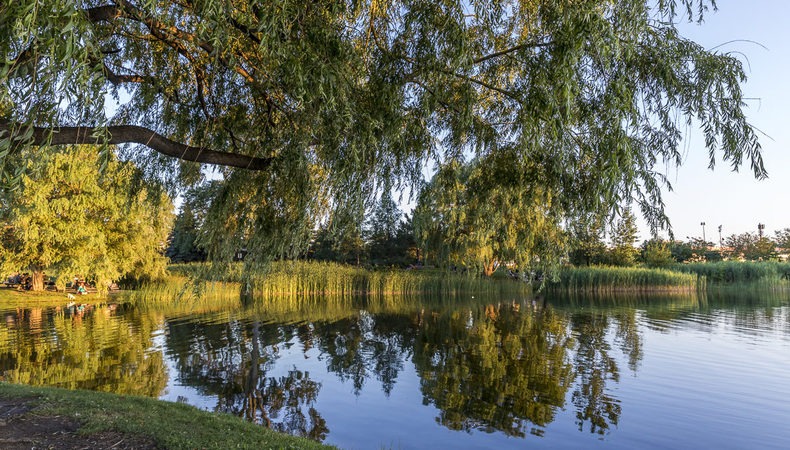 Jarry Parc , in front of the pond. As the place where the Park Extension, the Mile Ex and the now-gentrified Villeray meet, it's a really interesting intersection of mainstream and industrial Montréal. I've come to love it. I find it well-designed, with a natural flow. It's also our “cafeteria” in the summer. Our offices are located just opposite, and I love watching my kids grow up there. It's fantastic.

Villeray, because it’s good for families. It borders with the Park Ex, Little Italy and the Mile Ex, so there's a bit of everything. It's also where I live and work.

I'm amazed by the foyers at salle Wilfrid-Pelletier. I love the balconies, bars and hidden spaces, all integrated within the design. For example, there's Bar Pellan with its dizzying glass wall, named in honour of Alfred Pellan, a visual artist of the 1950s–60s. There's a certain nostalgia about the place.

I’d tell them to take the métro and pay attention to the details of the stations. For me, everything happens in the details. I don't take the Metro much personally, but I rediscover it each time like I'm in a museum. I’d also send them on a bike ride down Gouin Boulevard and the Lachine Canal cycle path.