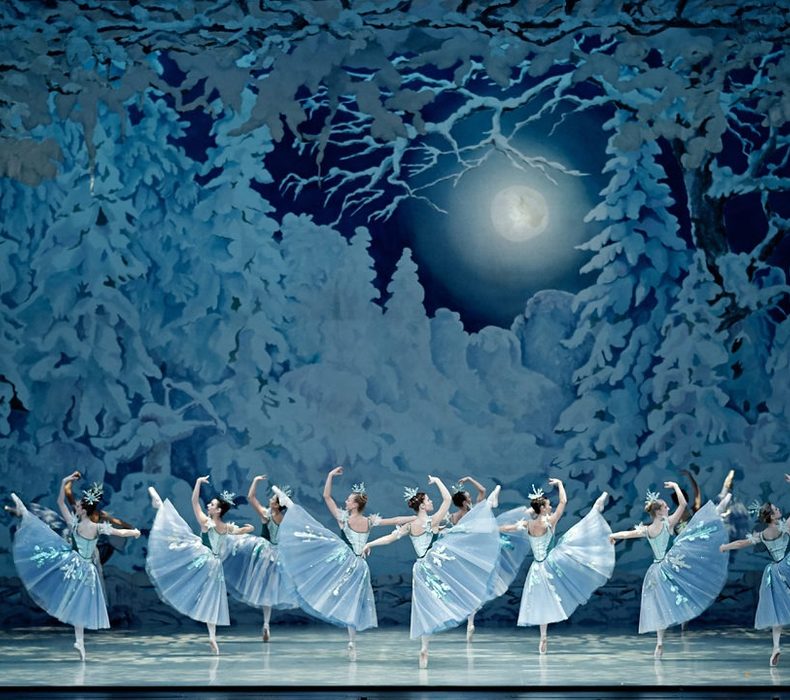 No city celebrates Christmas quite like Montréal, which welcomes the holiday season with countless musical concerts, from the Orchestre Symphonique de Montréal to Les Grands Ballets Canadiens de Montréal’s famed adaptation of The Nutcracker. 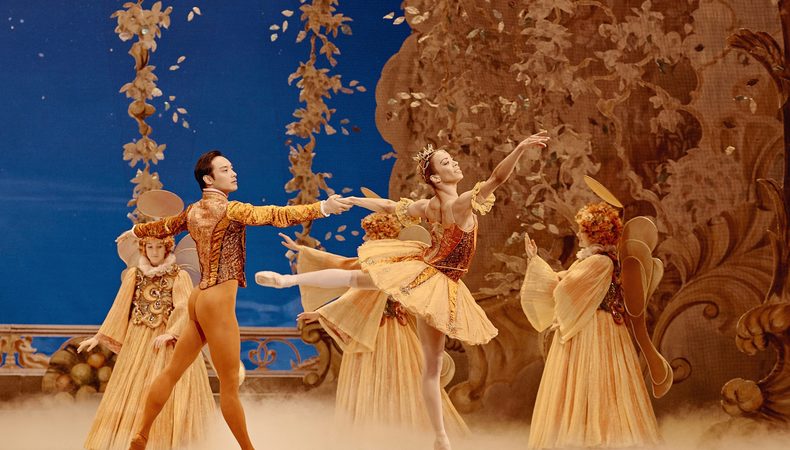 Unable to involve children under the age of 12 in the production this year, Les Grands Ballets Canadiens de Montréal presents a special version of The Nutcracker for the 2021 holiday season. Opening their holiday show this year is a brand new creation, The Enchanted Gift, a fairy tale for the whole family, set to the music of Heitor Villa-Lobos. Then, in the show’s second part, audiences will rediscover the wonder and enchantment of the second act of The Nutcracker by Fernand Nault and Tchaikovsky with Clara’s Journey. The double-bill runs from December 9 to 28. 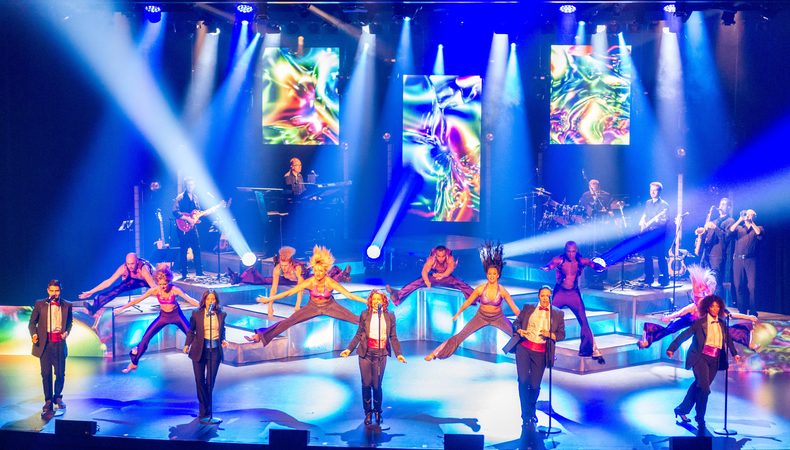 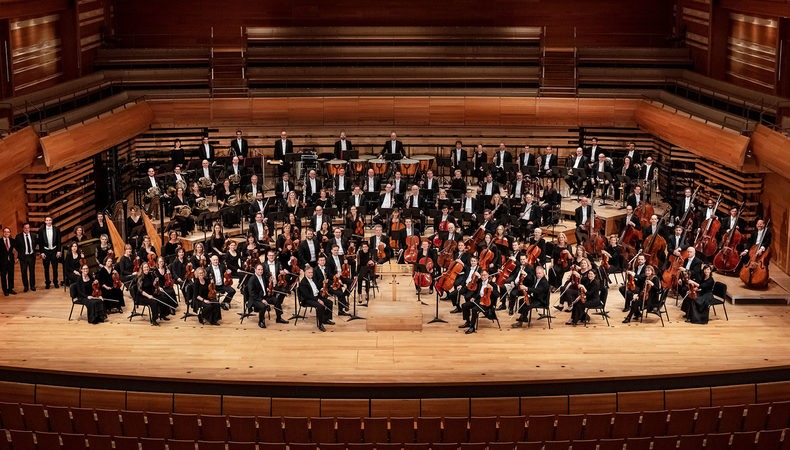 The Orchestre Symphonique de Montréal celebrates the holiday season with the the blockbuster concert series Hervé Niquet and Berlioz’s L’Enfance du Christ (The Childhood of Christ) in which French Maestro Niquet conducts orchestra, chorus and soloists, including mezzo-soprano Marie-Nicole Lemieux as Mary and bass-baritone Robert Gleadow as Herod at the Maison symphonique de Montréal (December 22-23).

The Festival Bach Montreal presents J.S. Bach – Christmas Oratorio at the Maison Symphonique on November 21; and the Canadian group Lyrico – a classical crossover trio comprised of Marco Bocchicchio, Sam Champagne, and Matthew Adam, backed by 46 musicians of the FILMharmonique Orchestra and a 40-piece choir – headline A Very Operatic Christmas at Theatre Maisonneuve on December 5.

Salle Bourgie concert hall over at the Montréal Museum of Fine Arts boasts some of the best acoustics in the city, and will present several Christmas-themed concerts this holiday season, notably their hugely popular annual A Charlie Brown Christmas concert by the Taurey Butler Trio who will perform the classic Peanuts soundtrack live (originally scored and recorded by the Vince Guaraldi Trio in 1965) in two concerts with guest vocalist Marie-Christine Depestre (December 15 and 16).

Other Christmas shows at Salle Bourgie include The Christmas Wolf, presented in French with projections on a large screen for ages 5 and up (December 5); MG3 – Montréal Guitare Trio: A Very Merry Christmas (December 10); and La Nef and Meredith Hall, soprano: Ancient Christmas Carols (December 14).

If you’re a gospel music fan, the annual ONE21 - Gospel Christmas Celebration will feature more than 70 singers backed by a live band when the Jireh Gospel Choir and Montréal Gospel Choir directed by Carol Bernard headline two concerts at Salle Pierre-Mercure, December 11 at 3 pm and 8 pm.

Christmas at the theatre

In Old Montréal, the English-language Centaur Theatre Company’s first mainstage production of their 2021-2022 season sees the return of one of Canada’s foremost creators and actors, Rebecca Northan, with her new fully-scripted play All I Want for Christmas (November 16 to December 5) about two centenarian elves who receive a surprising and unprecedented “Dear Santa” package, thrusting the North Pole into hilarious last-minute Christmas chaos.

The family-friendly musical Décembre presented by the Québec Issime troup tells the story of a small town whose characters come alive beneath a Christmas tree. The crowd-pleasing French-language production features some 30 performers and musicians in its 19th year at Théatre Maisonneuve from December 9 to 29. 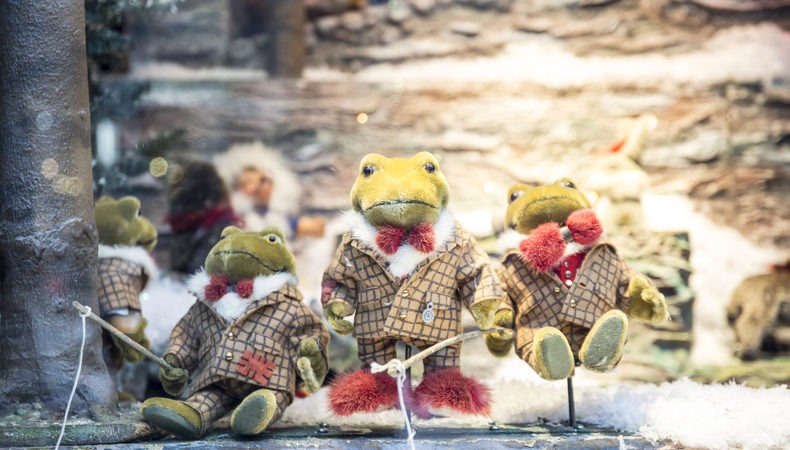 Enchanted worlds at the McCord

Over at the McCord Museum, relive the magic of Ogilvy’s mechanical Christmas window displays in the Enchanted Worlds installation from December 3 to January 2. Visitors of all ages will see The Mill in the Forest outdoors on Victoria Street and The Enchanted Village inside the Museum. These dazzling displays – a holiday tradition that goes back to 1947 and among the last of their kind in North America – feature handmade animals that come to life in a Bavarian setting.

The glorious and historic Church of St. Andrew and St.Paul – whose Gothic Revival architecture looks like it comes straight out of Robin Hood – have tentatively scheduled their hugely popular Carols by Candlelight concerts with the A&P Choir under the direction of Jean-Sébastien Vallée on December 11 and 12. Click here for updates.

Also held at the Church of St. Andrew & St. Paul since 1980, the annual CBC Christmas Sing-In – showcasing Christmas carols in spectacular arrangements for choir, organ, brass and percussion, with an audience of over 1,000 singing along – was cancelled in 2020 because of the coronavirus pandemic. No date has yet been set for 2021. Click here for updates.

A brand new creation by Cirque Eloize will be presented at the Fairmont The Queen Elizabeth on December 16. The Celeste cabaret celebrates the mythical and mysterious world of the stars and plunges spectators into a bewitching atmosphere.

Wearing a face mask indoors is mandatory at all venues. Numerous measures have been put in place at all venues to ensure the safety of visitors and employees, including government-mandated vaccine passports as of September 1st. We recommend that you call or visit their websites to get the most up-to-date information. For more details on the current situation in Montréal, click here.

Here are some choice 2021 holiday season events in Montréal: