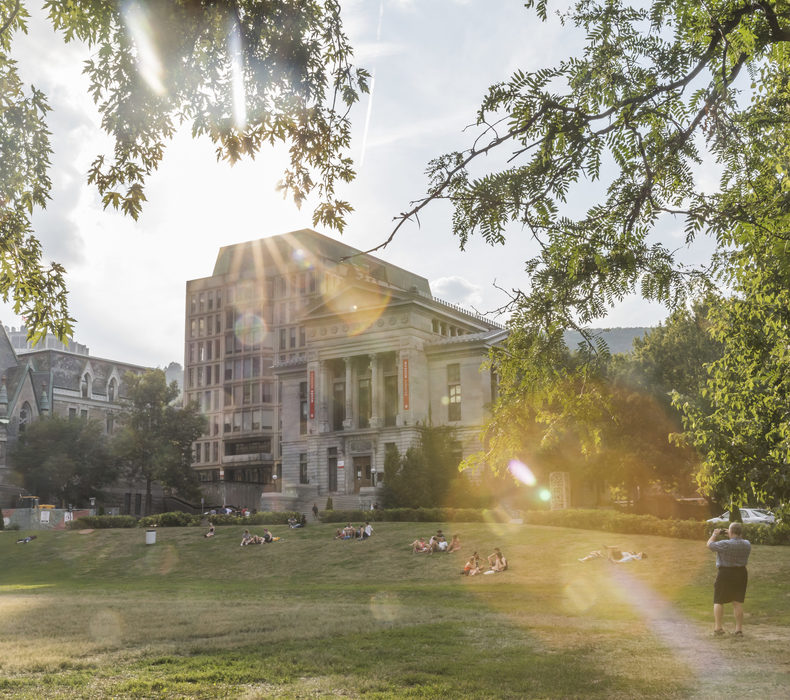 A kilted tour of the Scots in Montréal

The Scots have played a pivotal role in the life and history of Montréal, leaving their mark on the cityscape as merchants, industrialists, ministers, educators, politicians, clerks and labourers. Below are a few key Montréal spots where you can see and feel Montréal’s Scottish roots. 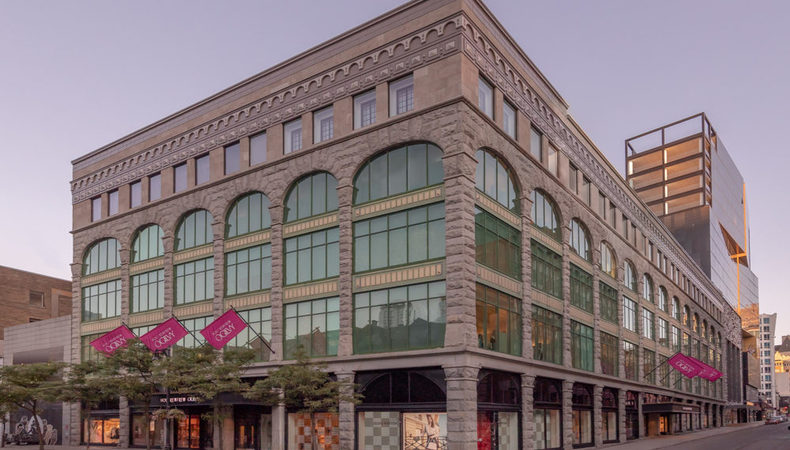 Take a leisurely stroll along Sainte-Catherine Street to this luxury department store, which is housed in an imposing Romanesque building. Founded by Scottish businessman James Angus Ogilvy in 1866, then moved to its current custom-built location by David Ogilvy (the founder’s son) in 1912, this prestigious property was acquired by Holt Renfrew in 2011. Ogilvy’s celebrated its Scottish roots with its namesake Ogilvy tartan shopping bags, and until 2017, noon-hour concerts by kilted pipers. You’ll find everything your heart desires in this upscale, elegant and innovative retail landmark.

Love architecture? Montréal’s downtown has everything, including a lovely Scottish baronial castle. It is, in fact, the Black Watch Armoury, home to The Black Watch Regiment (Royal Highland Regiment), which was modeled on the Scottish regiment of the same name. Founded in 1868, this Canadian Army regiment celebrates its Scottish traditions with its iconic Black Watch tartan and its pipe band. You can catch them on parade each May when the regiment and band march from here to the Church of St. Andrew and St. Paul, their regimental church. The Armoury was constructed in 1906 and declared a national historic site in 2008. 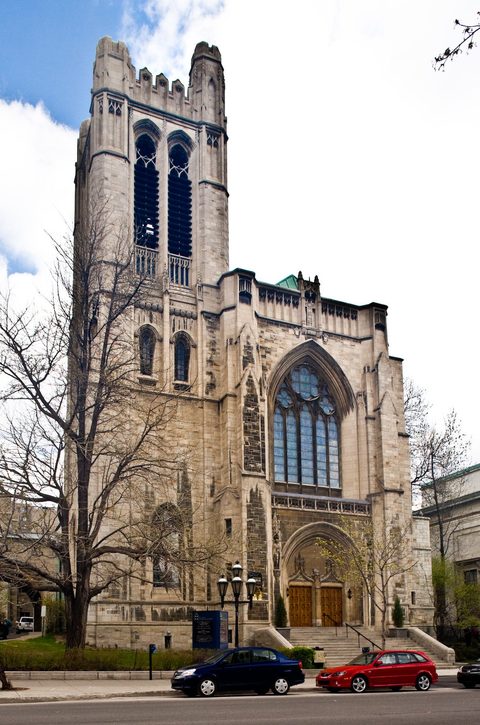 Who knew Montréal’s Presbyterians were so feisty? Over the last two centuries the congregation has split over disagreements in faith (including the time the congregation locked the minister out!), renamed the church St. Andrews in the 1830s, re-formed, merged with St. Paul’s Presbyterian Church, and moved from Old Montréal to downtown. Dissension aside, this stately and striking church in Montréal’s Golden Square Mile is worth the detour.

A walk along the city’s dynamic port will bring you to the Monument à John Young (1808-1873). Created by renowned Québec sculptor Louis-Philippe Hebert, it was erected in 1911 to honour the Scottish-born businessman and chairman of the Port Commission. While the 19th-century port bustling with sailing ships and steamers that Young knew is gone, you can still enjoy its just-as-lively modern-day incarnation. 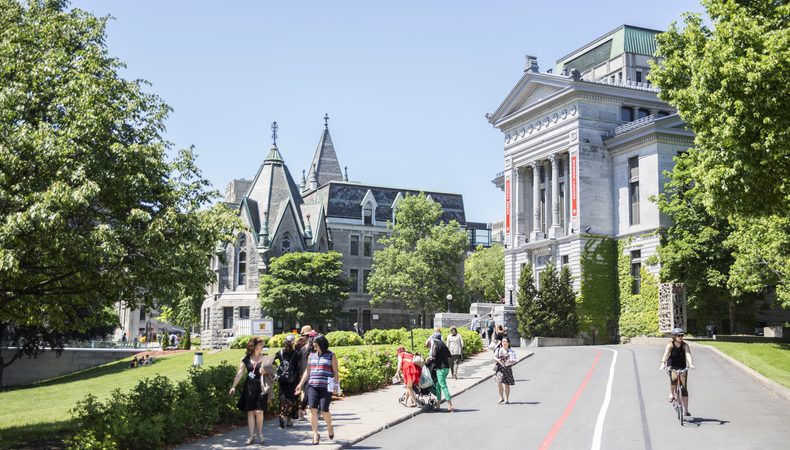 A downtown Montréal must-see, McGill University’s beautiful campus was built on the estate of Scottish fur trader and businessman James McGill (1794-1813) in 1829. (Inside scoop: he is buried in front of the Arts Building (1839), the oldest building on campus.) Other affluent Scots contributed to his scholarly endeavours by funding buildings such as the Redpath Library (1894), the Redpath Museum (1880)—a breathtaking cabinet of curiosities—and the Macdonald Engineering Building (1908).

Charles Dickens was just one of the many illustrious guests that stayed at Francesco Rasco’s luxurious neo-classical hotel, which was built in the early 19th century. Over the years, this posh property also hosted many memorable events of the St. Andrew’s Society (Scotland’s patron saint) with cheer, bagpipe music and fanfare. 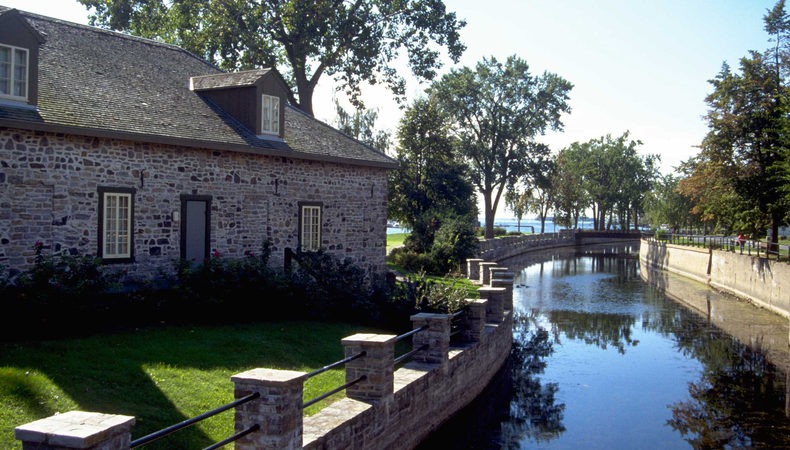 Many a fortune was made by Montréal Scots in the fur trade. Montréal was an east-west starting point and competition between the Montréal-based XY Company and the Northwest Company against the Hudson’s Bay Company was fierce. Travel back in time and retrace the routes of trappers at this authentic warehouse, constructed in 1803 for Scottish merchant Alexander Gordon, west of the Lachine Rapids. 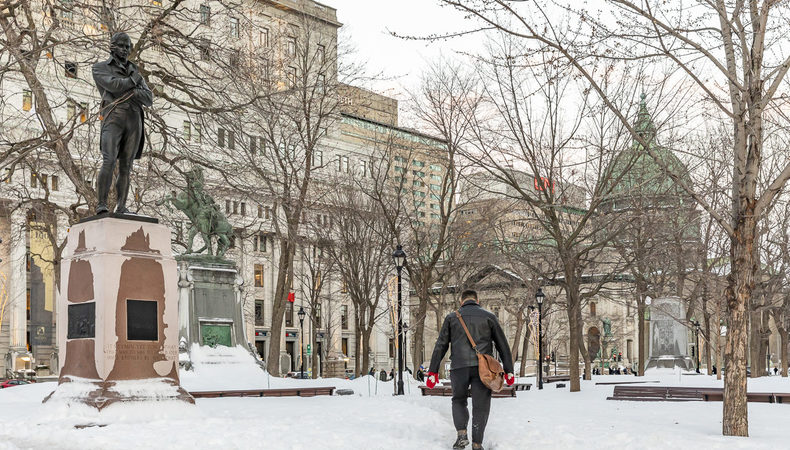 Downtown’s lovely, leafy and history-rich Dorchester Square has been a public park in Montréal for over 130 years and is adorned with monuments to wars and people who have shaped Montréal and Canada: The Boer War (1907), The Cenotaph (1921), Sir John A Macdonald (1894) and Sir Wilfrid Laurier (1953). Go there to see these tributes to Canadian history and the statue of Scottish poet Robert Burns, a replica of the Burns Statue in Ayr, Scotland. It was sculpted by George Anderson Lawson and erected by the city’s Scottish community in 1930. Along its sides are images of some of his most famous poems including “Tam O’Shanter.”