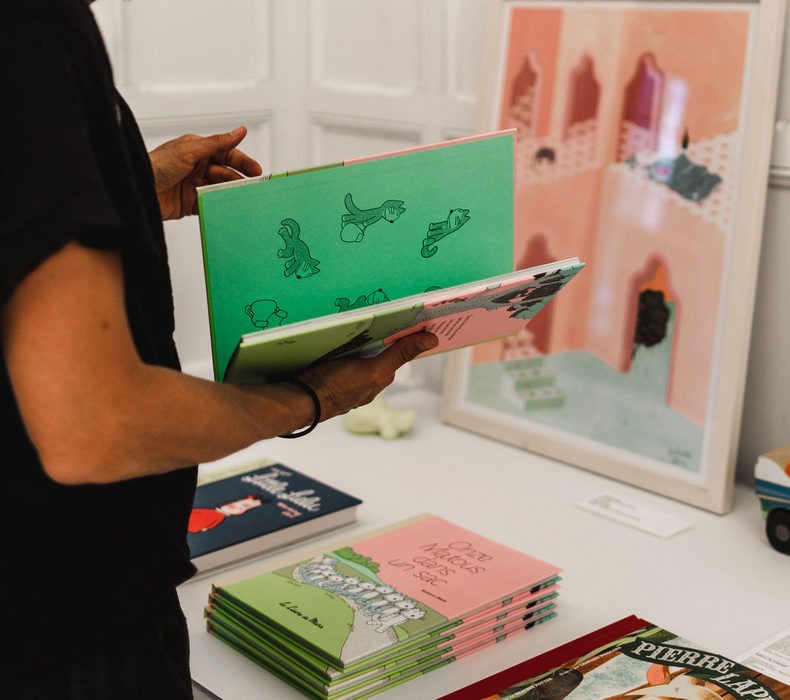 10 comic books and graphic novels that capture the real Montréal

Michel Hellman's black-and-white images of Mile End tell colourful tales of the famed neighbourhood and its metamorphosis over the years. Whimsical and humorous, Hellman's slice-of-life stories of his own youthful years living in the neighbourhood share a Mile End full of recognizable moments and vibrant characters.

When it comes to Michel Rabagliati’s acclaimed Paul book series, we can't just choose one! Paul Moves Out follows the character as he enters university and moves from his parents’ home in to an apartment in downtown Montréal. While French-language Paul in Montréal takes readers on an urban journey, hopping from anecdote to anecdote in celebration of the metropolis.

This inspiring new comic book illustrates childhood influences that shaped the first Black and South Asian woman to become Vice President of the U.S. Written and illustrated for a young audience by Kaj Hasselriis, the creator of comic book Politikids, Kamala in Canada dives into her formative teenage years spent attending Montréal's Westmount High School and engaging in political actions.

Okay, Universe: Chronicles of a Woman in Politics

Montréal's present-day politics are captured in this subdued yet fascinating book by the first woman to be elected Mayor of Montréal, Valerie Plante. Illustrated beautifully by Delphie Côté-Lacroix, the story follows fictional political hopeful and community organizer, Simone, as she encounters both bias and support in her run for city council as a first-time politician.

Artist Isabelle Arsenault perfectly portrays the atmosphere of Mile End's green alleyways and friendly community in these two charming comic-styled children's books. The first takes us on an imaginative adventure with a gang of Mile End children as they explore their Montréal neighbourhood and build their friendships. While the story of Albert follows his search for a quiet place to read his book, interrupted by a surprising alleyway discovery and several loud friends. Isabelle's latest book published in February 2021, Maya's Big Scene, follow a bossy little girl with high expectations from her friends - or should we say, her subjects!

Montréal's heat waves are look legendary in prolific artist Jimmy Beaulieu's romantic story: after the power goes out, two Plateau neighbours meet each other by chance on the street, as fellow Montrealers go about their summer day.