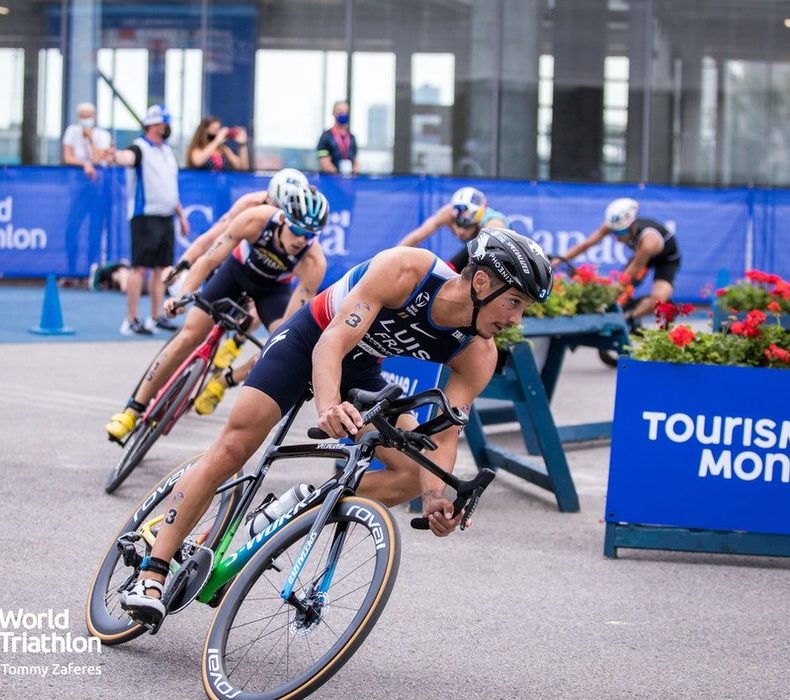 See top triathletes from around the world swim, bike and run their way to glory right here in Montréal June 23 to 26, 2022, during the World Triathlon Sprint and Relay Championships. For the 1,500 athletes from around the world competing, it’s a demanding, race-against-the-clock event. For participants, it’s a chance to watch athletic prowess and cheer on participants, no sweat.

Whether you’re a serious athlete, a budding beginner thinking about competing or a curious spectator, the very first World Triathlon Spring and Relay Championships, held as part of the 6th edition of the Groupe Copley World Triathlon Championship Series (WTCS), offers plenty to inspire. Thousands of finely-tuned athletes from the four corners of the earth will be giving it their all during a series of races in the Old Port and Old Montréal, right up the downtown periphery.

The newer and hugely popular World Triathlon Sprint and Relay Championships is the second-most important triathlon after the Olympic Summer Games. Not only is it unbelievably fun for both participants and spectators, it’s a pretty big deal for the city because it’s the first major international triathlon competition even held in Québec since the World Championships in 1999. As The Arkells would say, it’s been years in the making! 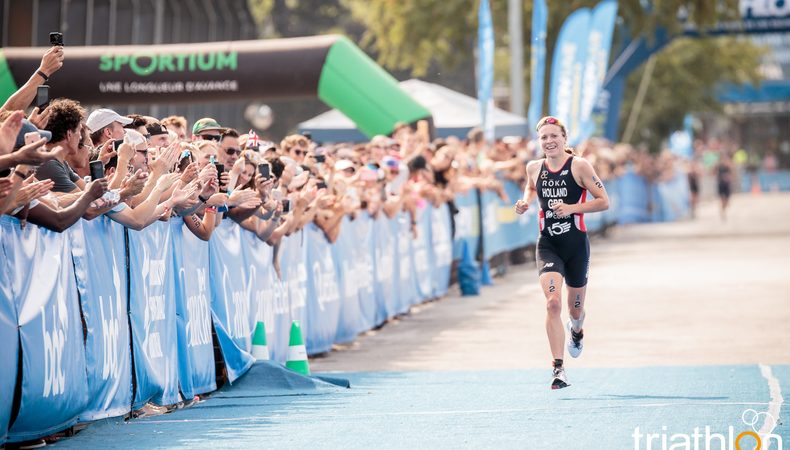 THE RACES AND THE SETTING

Hang on to your hats, because this is no ordinary triathlon competition. Shorter, faster, intense and spectacular —15 races will take place over 3 days. In fact, the organizers have focussed on the Super Sprint (300 m swimming, 7.2 km cycling and 2 km running) and Sprint (750 m swimming, 20 km cycling and 5 km biking) races because the two translate into more explosive and exciting action, all against the backdrop of beautiful Montréal. Starting at the Grand Quay of the Old Port and moving through the historic streets of Old Montréal, it’s an unmissable event for both sports spectators as well as adrenaline junkies. 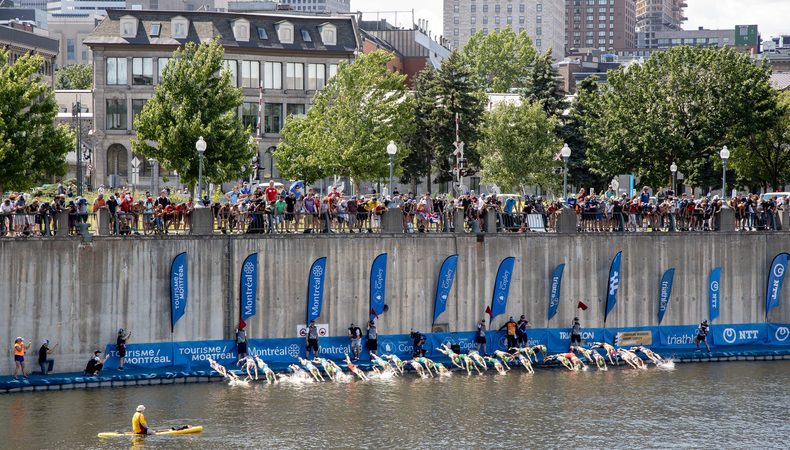 The Elite Super Sprint Elimination is the only one of its kind on the world triathlon calendar. A total of 5 races take place over two days, with each race lasting about 20 minutes. Male and female athletes first take part in an elimination heat. The first 10 athletes from each heat advance to the finals the next day along with the first 5 from the repechage races. The 30 qualifying athletes compete in three other triathlons on the second day. When the first race is over, the top 20 advance to the next race – but, get this… it starts only a few minutes later. Only the top 10 finishers from the second race move on to the final. We’re having a hard time catching our breath just reading this. 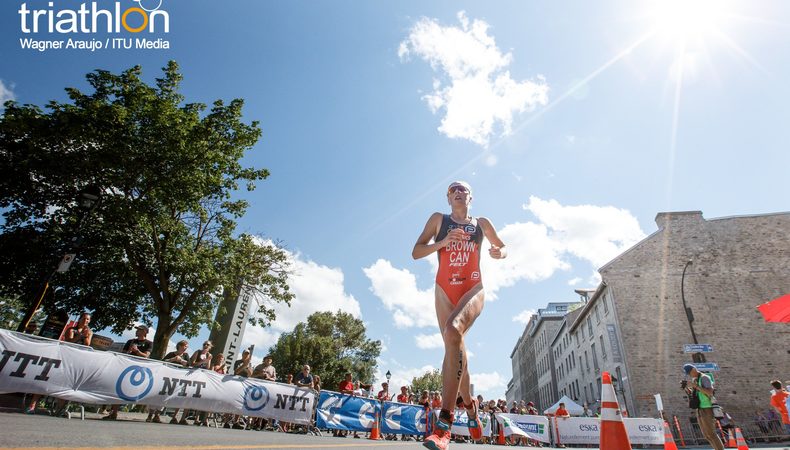 This event, which made its début at the Tokyo Summer Olympic Games in 2021, knocked the socks off the world sports community. Here’s how it works: each national team (made up of two men and two women) has to complete four triathlons before crossing the finish line. The dives alone make for a very big splash and, coupled with the high-powered cycling and running, will keep your eyes riveted on the action. Winners of the Montréal event immediately qualify for the Paris 2024 Summer Olympic Games. 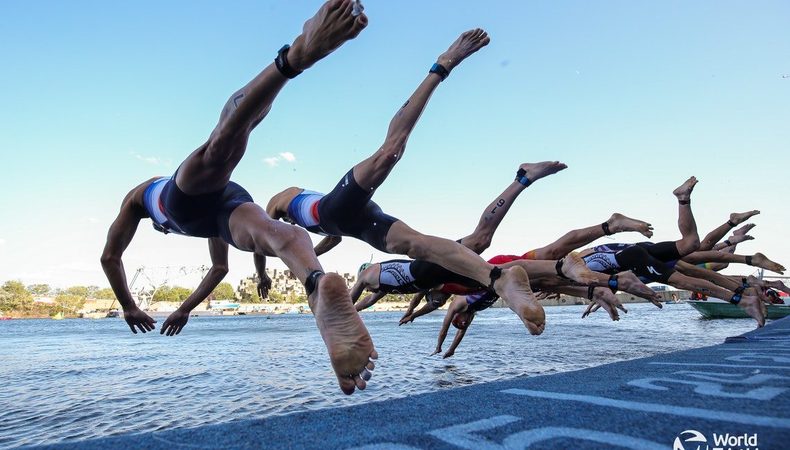 The organizers also have Juniors and Amateurs from around the globe covered. (But again, these are no regular Junior and Amateur athletes because they must qualify in their respective countries before getting to compete in Montréal). They’ll be competing like the Elites, just on a smaller scale.

Watch the athletes at the festive and colourful Parade of Nations and an opening ceremony with a show celebrating Montréal’s dynamic culture.

This is the BIG day for Juniors. Come cheer on young athletes from around the world! 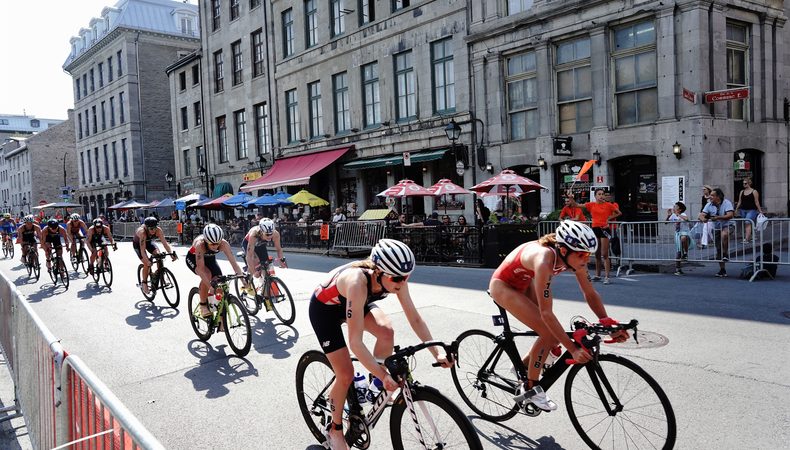 WHERE TO SEE IT

The best place to catch a lot of the excitement from the designated spectator areas at the recently revamped Grand Quay in the Old Port. How can that not be great? The blue of the St. Lawrence River on one side, the majestic history of Old Montréal on the other – a true feast for the senses! Equally, you can encourage athletes from the sidelines as they whiz around the old city. Just be sure to keep your eyes and ears open because things are moving fast, and watch for the organizer’s cues signaling when you can move around. Remember, nobody wants to cause delays or accidents.

End of June in Montréal can get pretty sweltery. Be sure to pack a hat, sunscreen and a water bottle. 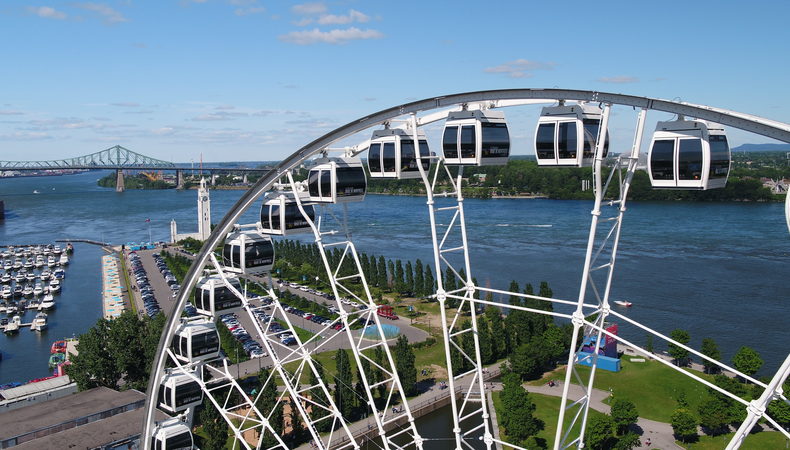 Pretty much everything. From La Grande Roue to Ecorecreo’s scooter toors, river cruises and MTL Zipline, there’s loads of other activities to check out. You’re also steps away from Old Montréal, which overflows with historic sites, such as the gorgeous Notre-Dame Basilica, lively arteries like Saint-Paul and De La Commune Streets, the Pointe-à-Callière Montréal Archaeology and History Complex, art galleries, not to mention oodles of cafés, restaurants and ice cream parlours.